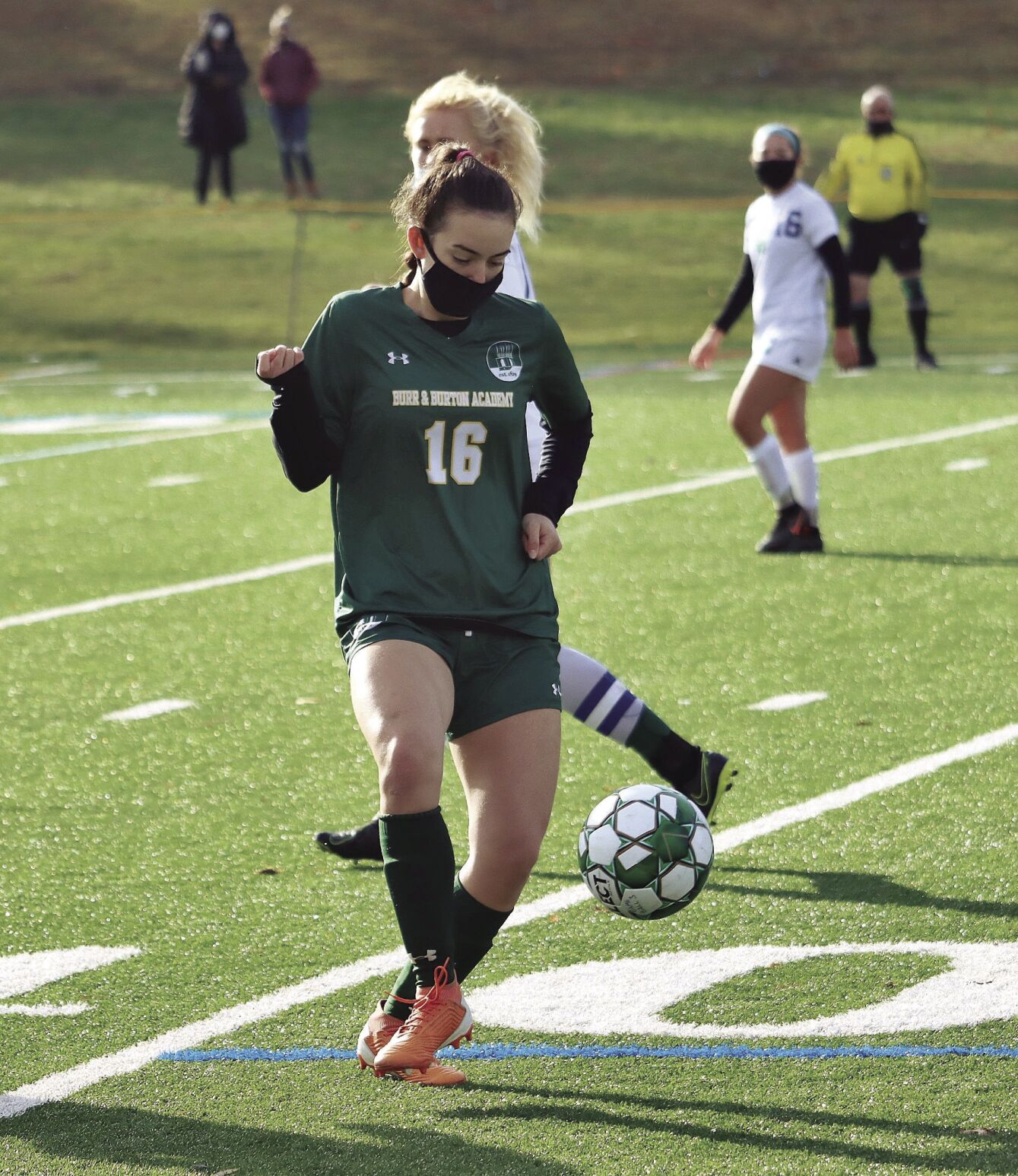 Burr and Burton's Rowan Russell passes the ball to a teammate during Friday's Division I quarterfinal against Colchester. 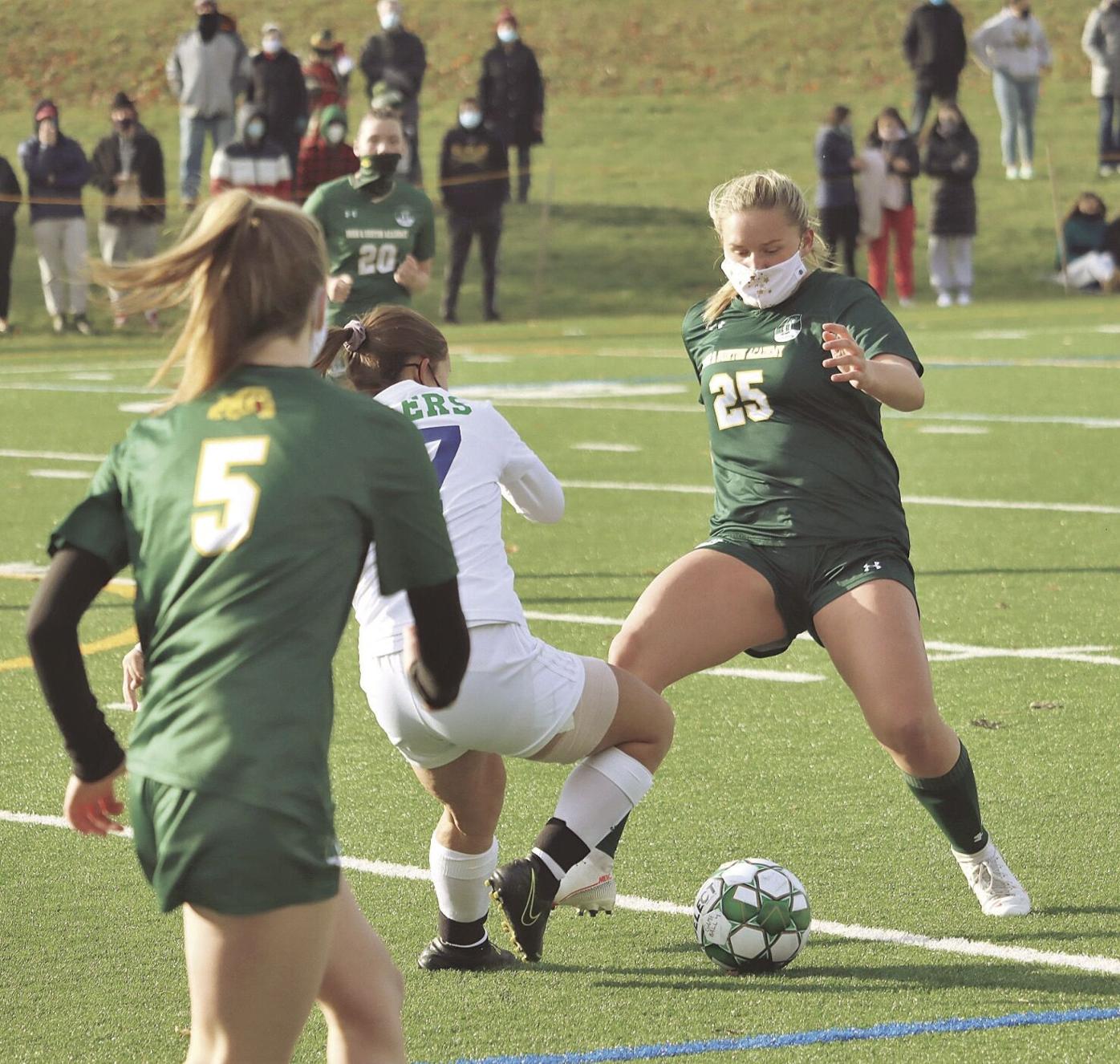 Burr and Burton's Ada-Grace Perry battled for a 50-50 ball during Friday's quarterfinal matchup with Colchester. 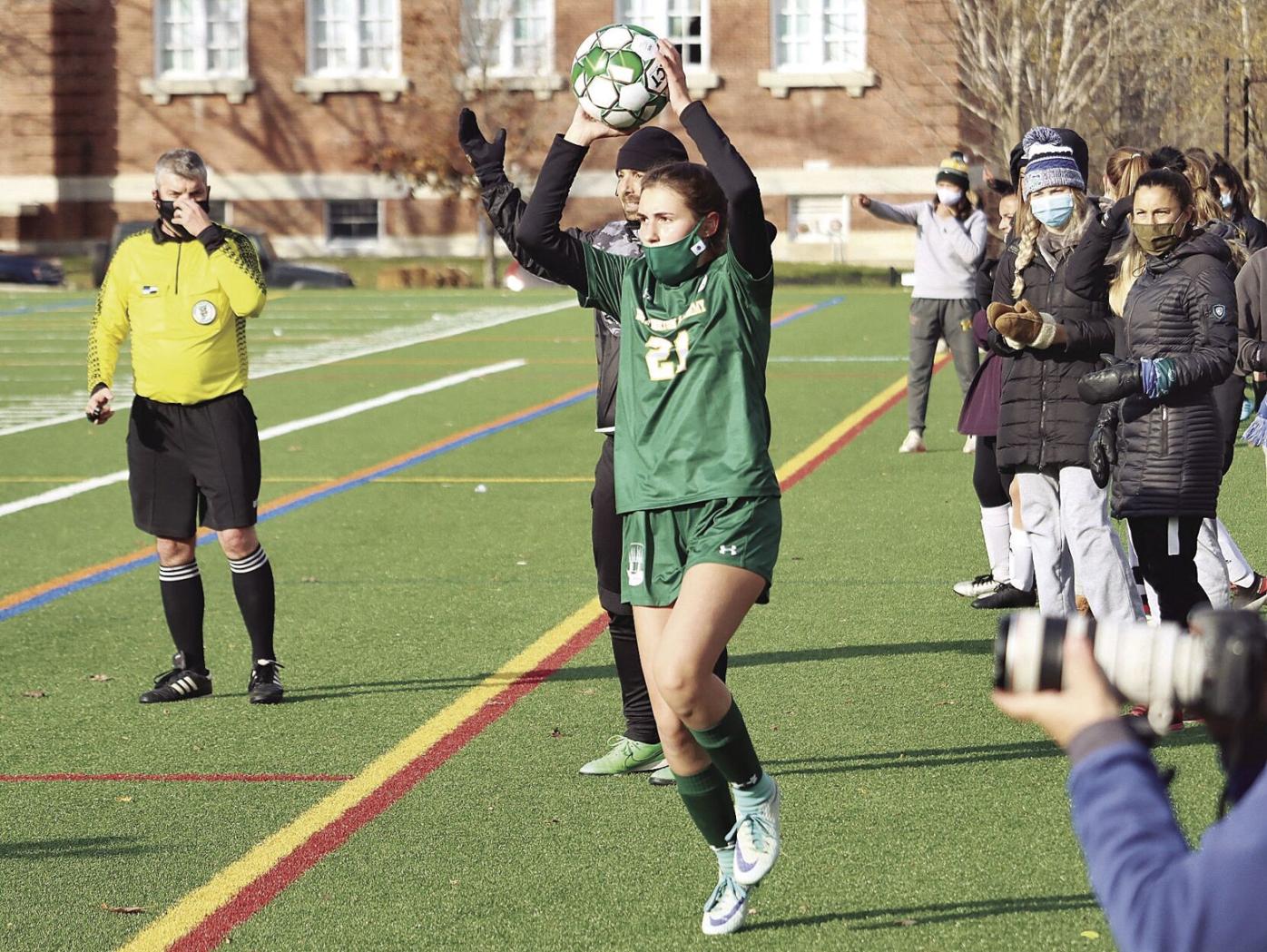 BBA's Aryn Iannuzzi throws in the ball during Friday's Division I quarterfinal against Colchester.

Burr and Burton's Rowan Russell passes the ball to a teammate during Friday's Division I quarterfinal against Colchester.

Burr and Burton's Ada-Grace Perry battled for a 50-50 ball during Friday's quarterfinal matchup with Colchester.

BBA's Aryn Iannuzzi throws in the ball during Friday's Division I quarterfinal against Colchester.

MANCHESTER -- After Friday's 4-0 loss in the Division I quarterfinals to No. 10 seed Colchester, Burr and Burton girls soccer coach Suzanne Mears, with tears in her eyes, went around and consoled her players.

It was an ignominious end to a season where they went 6-1 but ended too soon.

"We just couldn't connect a thing, they were one step ahead," Mears said. "Everything we worked on all week, they were putting it together but we were flat footed, it just wasn't us."

The Bulldogs came into Friday's contest as the No. 2 seed, but from the outset, it seemed like the Lakers were a step faster than their counterparts. The game remained scoreless through most of the first half, but eventually Colchester broke through.

"In a playoff game if that happens, there's not much you can do," Mears said. "Colchester played well and capitalized on our vulnerable moments."

With 83 seconds left in the opening half, BBA goalie Carol Herbert came up big with a diving deflection on a shot, but about half a minute later, the Lakers' Olivia Dallamura headed in a corner kick from Leah Lamothe to send Colchester into the half with a 1-0 lead.

"We put the ball in position a lot in the first half to try to score and that was a good one to finish with," said Colchester coach Jeff Paul. "It's a big deal to go up 1-0 on the road in a playoff game. Our kids put pressure on the whole time."

Mears said at halftime, they talked about still having 40 minutes to get back on track.

"We tried to get back to the basics," Mears said. "We have 40 minutes left, what are we going to do with it?"

But in the second half, Colchester kept the momentum going. About seven minutes in, a through ball came toward Herbert in the BBA net. She came out to play the ball but was a split second late and Dallamura floated a shot over Herbert's head and in to double the lead.

Three minutes later, Chloe Palmer hit a shot that clanged off the crossbar, just past Herbert's outstretched fingertips and in.

"Our girls are intense workers and we've had a tumultuous season in terms of wins and losses, but we've been bonding and getting better," Paul said. "The playoff time is our second season and I'm ecstatic with how we played today."

With 10 minutes left, Maggie Ryan put the game away with a strong individual effort.

BBA's best chance came in the final five minutes, but Colchester keeper Emily Thompson, a freshman playing in the place of senior captain Olivia Moore -- who was suspended following a red card earlier in the year -- was on task to make the stop and keep BBA off the scoreboard.

BBA's season ends at 6-2 and the careers of 13 seniors comes to a close.

"i have 13 seniors, they are a great group of girls with lots of success. They worked hard everyday and gave me lots of leadership," Mears said.