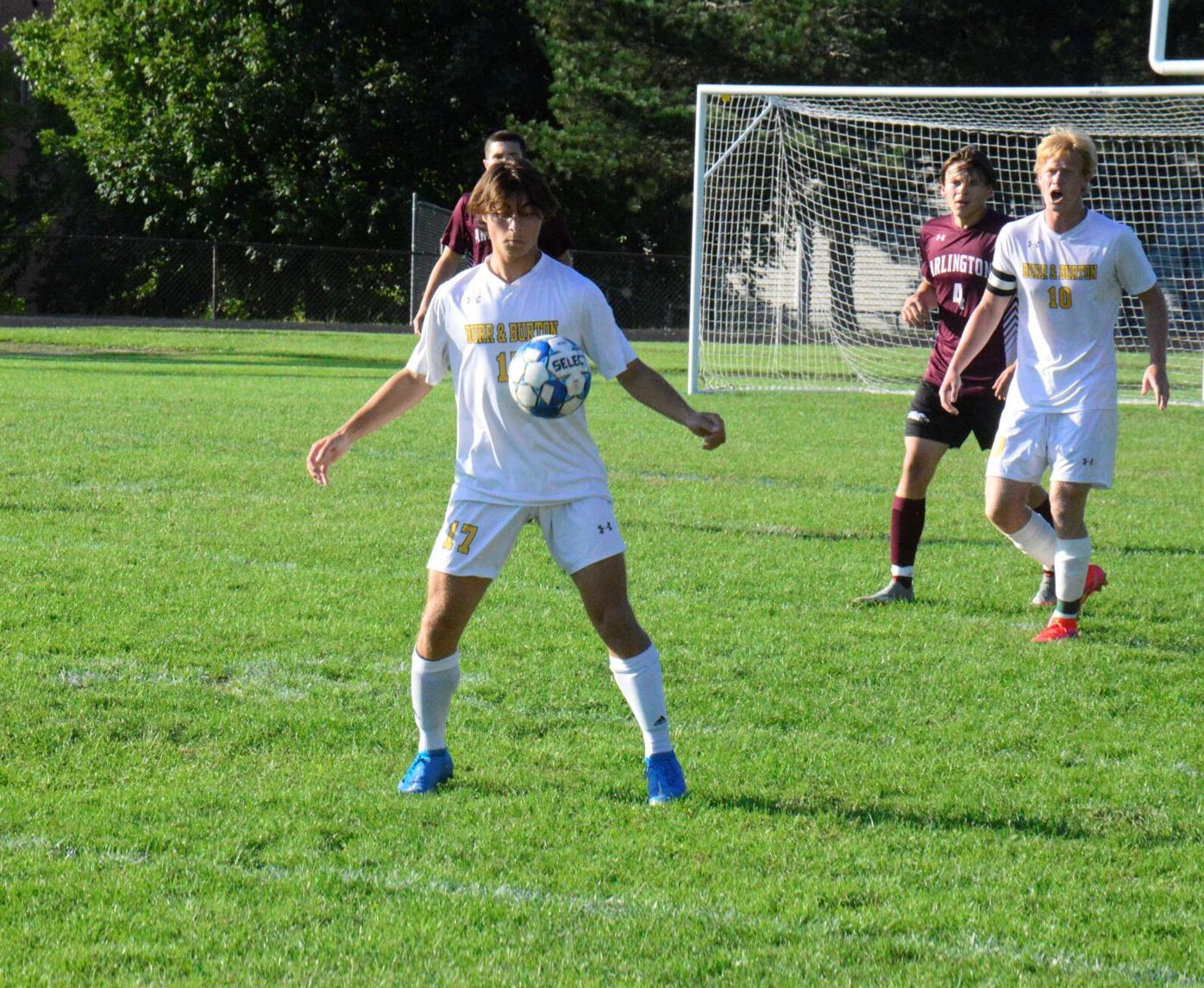 Burr and Burton's Karter Noyes gains control of the ball in the first half of Thursday's 4-0 win over Arlington. 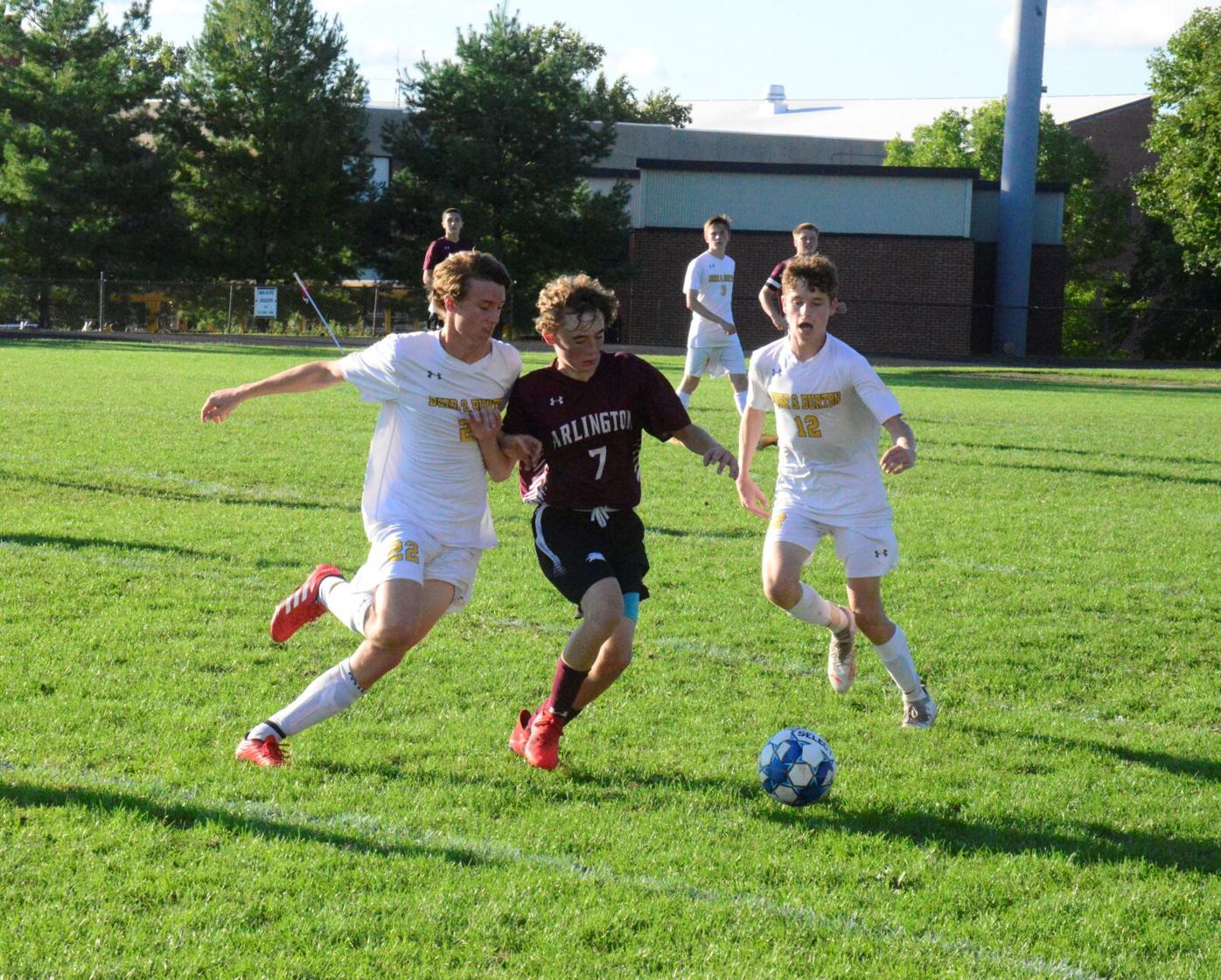 Burr and Burton's Karter Noyes gains control of the ball in the first half of Thursday's 4-0 win over Arlington.

BENNINGTON — The Bulldogs applied the pressure on Thursday night at Spinelli Field.

The first shot on goal didn’t make it into the back of the net all day, but it was the second effort that was the difference in Burr and Burton’s 4-0 win over Arlington in the opening round of the John James Tournament.

Burr and Burton co-captain Madox Mathews said the Bulldogs will use Thursday’s win as a building block moving forward.

“It’s something to build off,” Mathews said.

Karter Noyes was one of the Bulldogs bringing the energy from the wing. His effort paid off at the 30:18 mark in the first half. Noyes found himself in front of the net as Arlington’s Andy Petry denied the initial shot attempt.

Petry couldn’t contain the ball however as it slipped through his hands and bounced to Noyes for an easy put-in.

It may not have been the most efficient game for the Bulldogs, but they were rewarded for their persistence.

Arlington’s corner defense was solid, stopping BBA on its first eight chances from the flag.

Number nine proved to be a different story.

The ball hung around a cluster of players near the net. Petry once again denied the first opportunity, but Austin Cox was there for the second chance score.

The extra effort helped build a 2-0 lead at the half for the Bulldogs.

Arlington’s Tyler Seeley pushed the pace offensively for the Eagles. Though they only registered four shots all afternoon, Seeley’s speed gave Bulldog defenders something to think about when the Eagles had the ball.

Cooper Jennings was a timely defender for Arlington. Jennings cleared multiple threats in Arlington’s zone, keeping the Eagles in striking distance throughout the first half.

The Bulldogs lone one-timer was Noyes’ second score of the day, beating Petry in the 25th minute of the second half.

Alexander Wasyliko put goal number four into the back of the net a minute after Noyes’ score.

The BBA fan base once again showed up, making the trip down Route 7 and filling the student section. The Bulldog faithful were loud throughout the win.

BBA co-captain Mason Cox, who played in the most recent John James Tournament in 2019, said having the fans back creates a great environment.

“Having the fans this season; it’s a different sport with the fans,” Cox said.

Petry ended the day with 14 saves for the Eagles.

BBA advances to the championship match of the John James Tournament, set for Saturday night at 7 p.m.

The Bulldogs will face the winner of Mount Anthony and Brattleboro, who faced off immediately following the BBA-Arlington game.