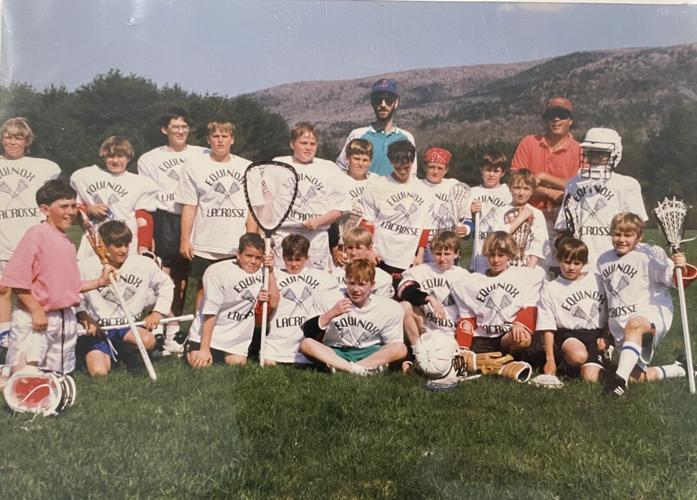 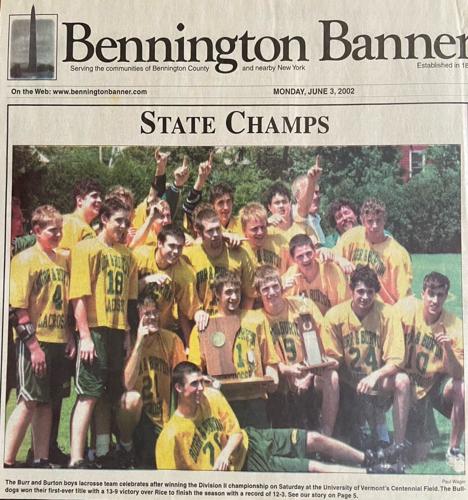 The BBA boys lacrosse team after their state championship, June 2002 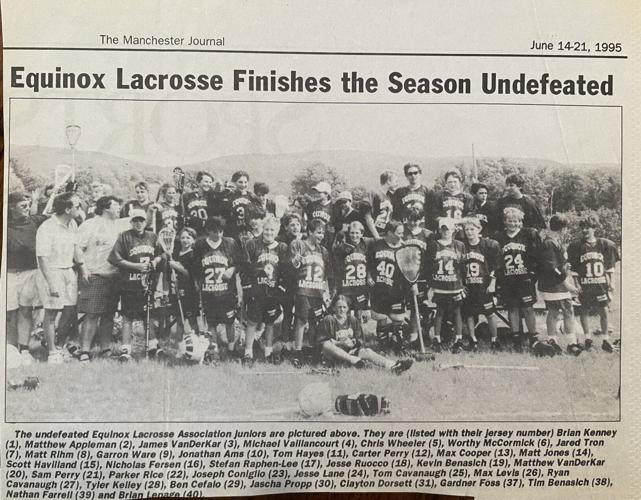 The BBA boys lacrosse team after their state championship, June 2002

Cinema has covered just about every major sport when it comes to the familiar plot of “band of loveable losers turns into dominant champions.” “Little Giants,” “Bad News Bears,” “Hoosiers,” and the “Rocky” series all have that irresistible David vs. Goliath story.

With lacrosse being the fastest-growing sport in the U.S., according to a recent NCAA study, it might be time for Hollywood to capitalize on the lacrosse’s popularity. Even better, the movie could include the compelling tagline: “Based on a true story…”

The 2002 Burr and Burton Academy boys lacrosse team was the school’s first to win a state championship in the sport. That achievement has earned them the honor of being one of three teams to be inducted into the school’s Athletic Hall of Fame this Saturday.

To get a sense of what made that team captivating enough to be the next great sports movie requires a look back of almost another decade. The 2002 Bulldogs’ story begins with the inaugural season of the Equinox Lacrosse Association in the spring of 1993.

“Betsy Perry and Freddie Templeton are really the ladies who made it all happen in the beginning,” said longtime Equinox and BBA coach Sam Johnson.

Johnson gives a lot of credit for getting things off the ground to Perry and Templeton, who formed the first board of directors for Equinox Lacrosse.

“(Betsy and I) had moved to the area and both had kids who loved lacrosse, so we said let’s start a program,” explained Templeton. “We put a notice in the Vermont News Guide… we started off with some amazing volunteers and we just built the program from there.”

“I had never heard of lacrosse. I don’t know if it was my idea or my parents’ idea,” said Gardner Foss, a third grader when ELA came into existence. “The very first couple of practices, we were inside the (Manchester Elementary/Middle School) gym, and we didn’t even have lacrosse balls. We had tennis balls wrapped in duct tape.”

Foss referred to yet another staple of sports underdog films.

“Some of the equipment was like it was right out of ‘The Mighty Ducks.’ Some kids wearing hockey helmets and gloves,” said Foss. “You had some kids with little toy lacrosse sticks, like really small ones. I feel like I saw at least one or two Native American- style lacrosse sticks.”

The team that would become affectionately known as the “Swarming Blackflies” found their home at Hildene Meadows. The small, co-ed squad had a wide age range, with players as young as second grade and as old as ninth grade all on the same team.

Able to schedule three games that season, the Swarming Blackflies got off to an inauspicious start, losing all three by a combined score of 51-3. There were signs from the very beginning, however, that it would be a tight-knit group bound for better days.

“The third game, we lost 24-2,” Foss recalled. “Our normal goalie got carsick, so I actually got thrown in goal for the first time. I’ve never played goalie and I have no idea what I’m doing. Yeah, my career (as a goalie) started and ended that day.”

At the conclusion of that same game, it was the Swarming Blackflies who were celebrating, chasing Tommy Hayes and dowsing him in Gatorade because he had doubled their goal total for the season by netting two that day.

“At the end of the game, the Woodstock parents were confused wondering why the losers were celebrating so hard,” said longtime Blackflies and Bulldogs coach Sam Johnson.

Comedic hijinks and a team with character and heart? Check and check.

“That was sort of where the spark was lit. We had a little taste of success,” said Foss.

“When I first got on (the team), it really was still rag-tag,” said Van Der Kar. “But after a few years, we started beating Woodstock and Middlebury, and those were the two biggest, most established programs. And then it didn’t take long and we were undefeated.”

In 1995, Equinox Lacrosse took a giant leap and became one of the forces to be reckoned with in Vermont youth lacrosse, going 8-0-1.

Training montage of the rag-tag bunch becoming a well-oiled machine and more than the sum of its parts? Check.

Of course, this was just the beginning for a group that would stay together through high school. In 2000, Foss’ 10th-grade year, Johnson made the jump from Equinox to take over as coach at Burr and Burton.

“We had our ‘alpha male’ back,” said Foss, referring to a team inside joke that originated at practice. “What he did was inspire. Let’s just say you’d run through a brick wall for Sammy.”

The former Blackflies would go on quite a run in Foss’ senior year, now in Bulldogs uniforms. Their 9-3 regular season qualified them for the playoffs for the second time in school history. Wins against Randolph and Rutland had them in the state finals for a showdown with Rice.

“The big game” against an intimidating opponent? Check.

“Having Sammy start with us at the beginning, all the way through the different programs, and then get to that championship… it felt like a culmination of all the years of hard work,” said Van Der Kar.

“After all the years we put in, there was no other option but to win,” added James Van Der Kar, who was a sophomore that season.

The 2002 Bulldogs state championship team will now take its place in Burr and Burton history, being inducted along with several other athletes, coaches and teams in the 2022 class.

The well-spoken Foss, who lives in Colorado, made his way back for Alumni Weekend and will be making a speech on the team’s behalf at halftime of the homecoming football game vs. Hartford, which starts at 1 p.m.