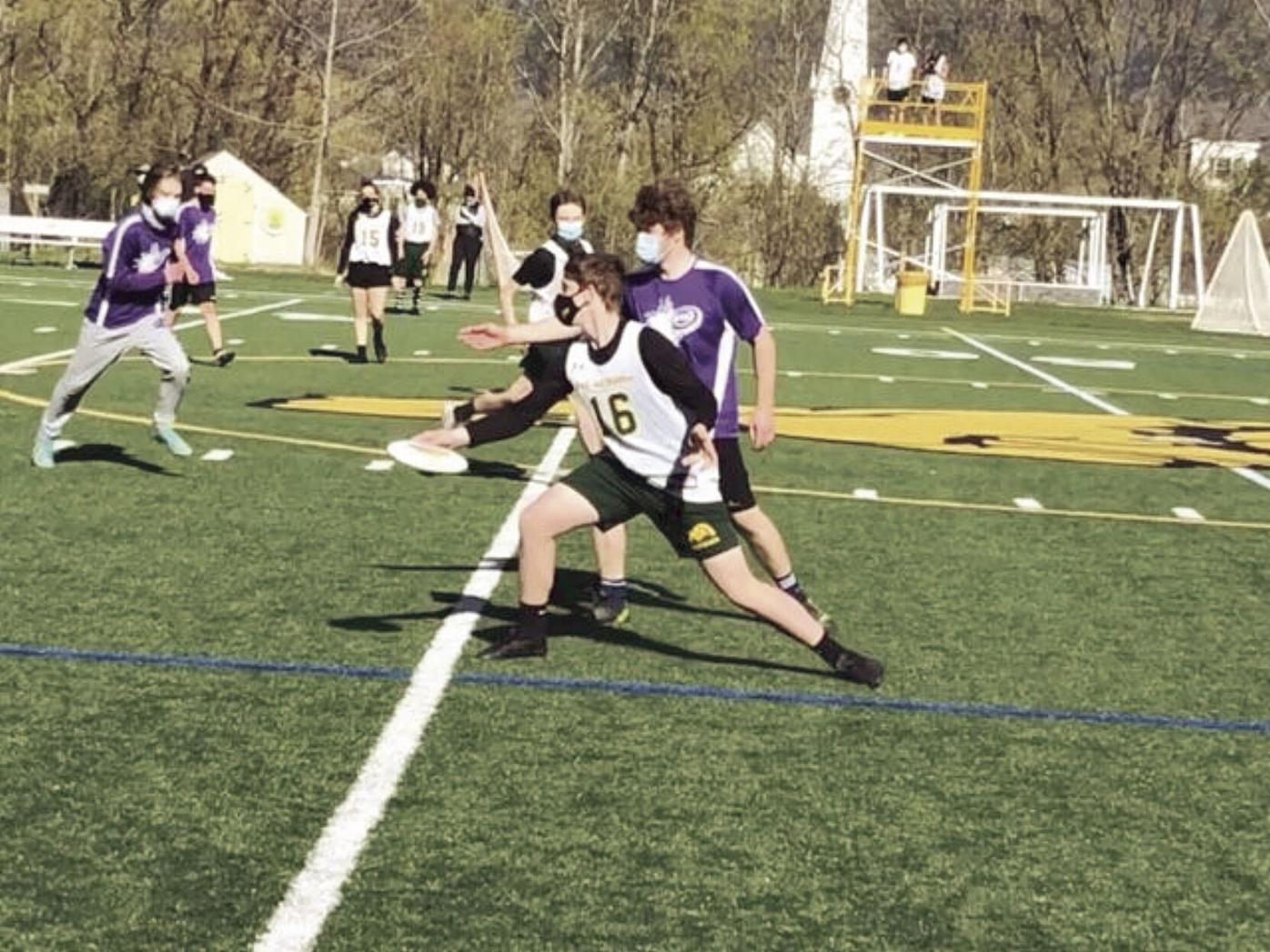 BBA’s Noah Rourke looks for a teammate during Monday’s scrimmage against Bellows Falls. 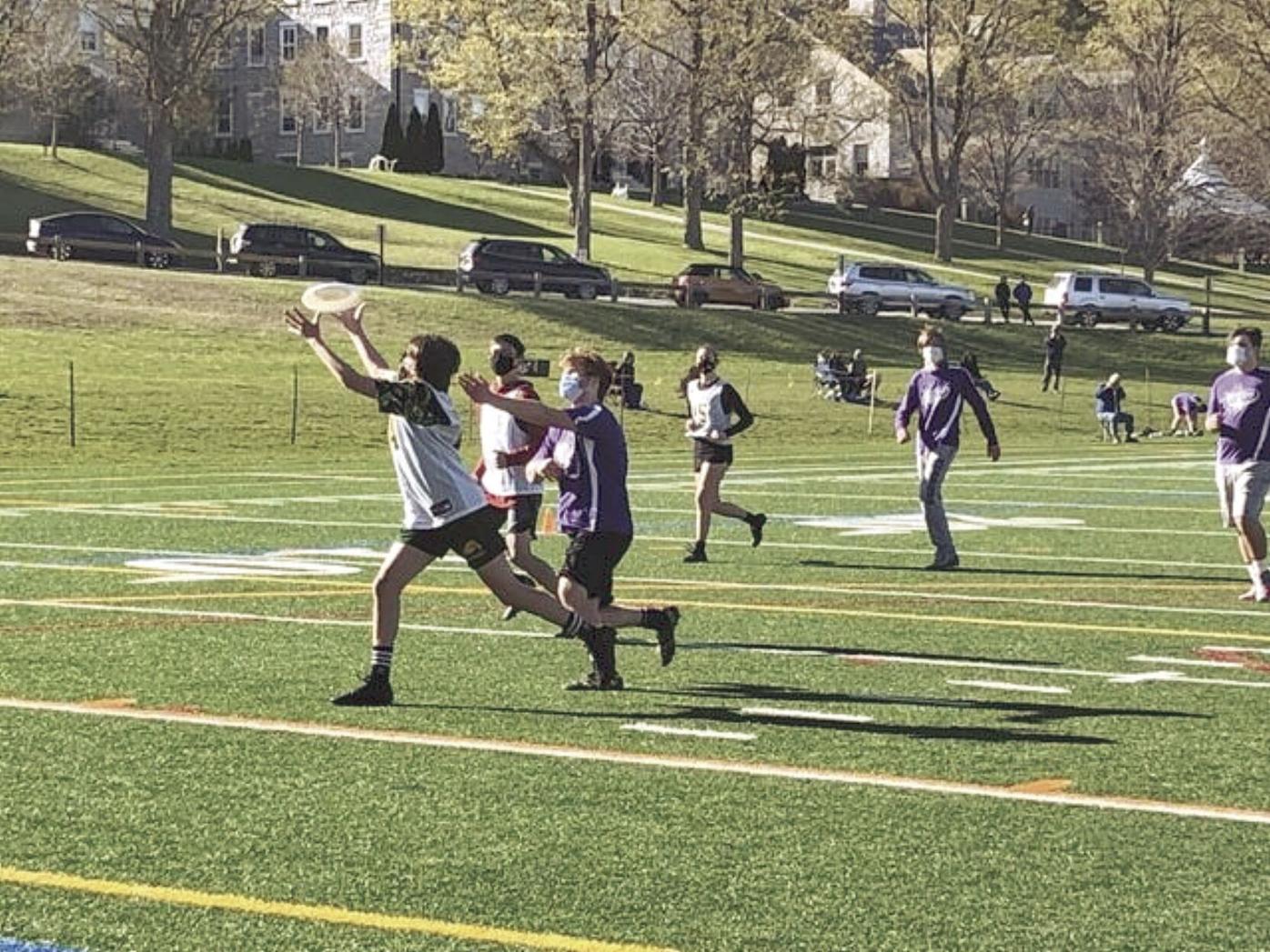 A Bulldog player extends for a catch. 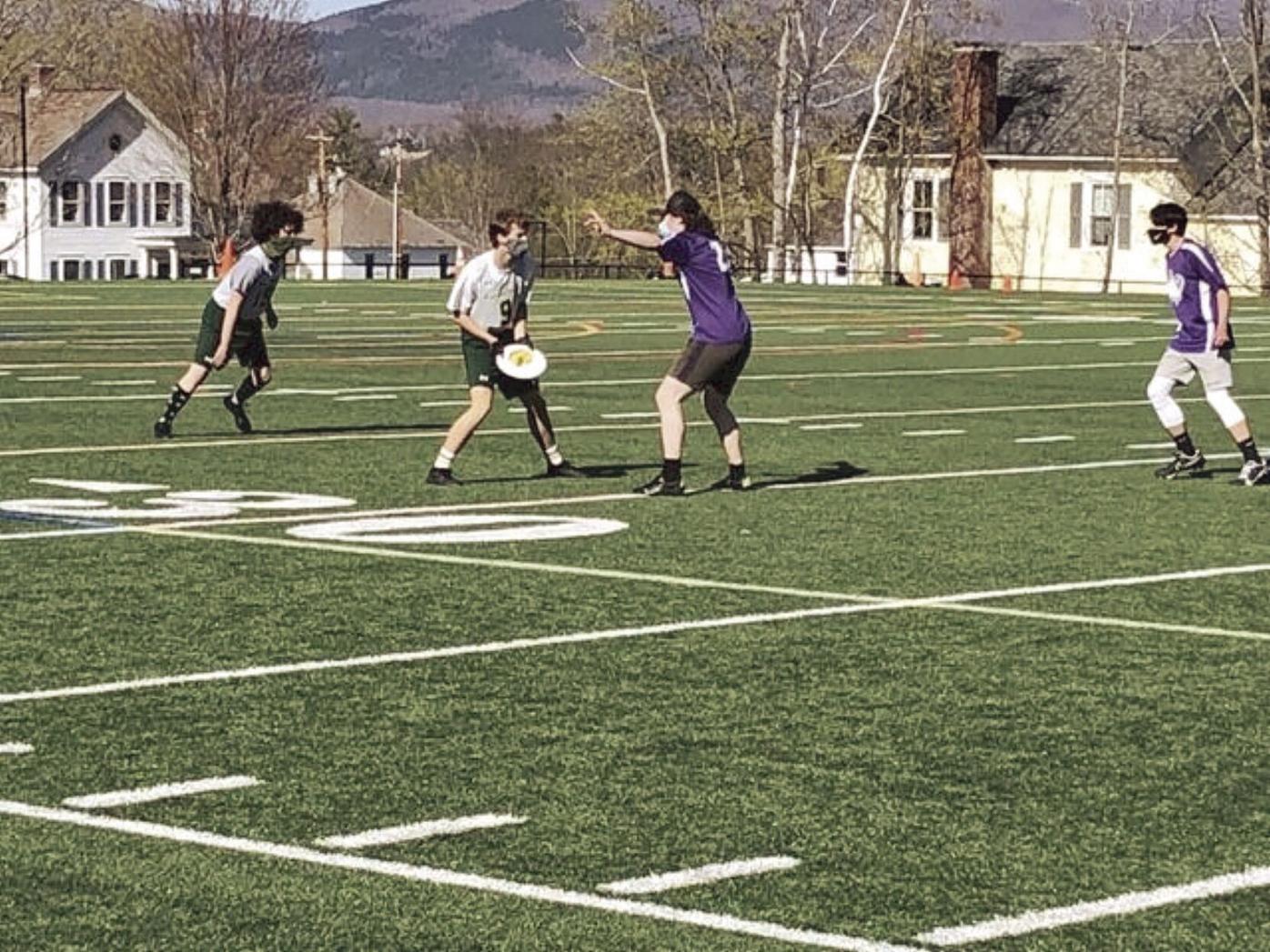 A BBA player is swarmed by a Bellows Falls defender. 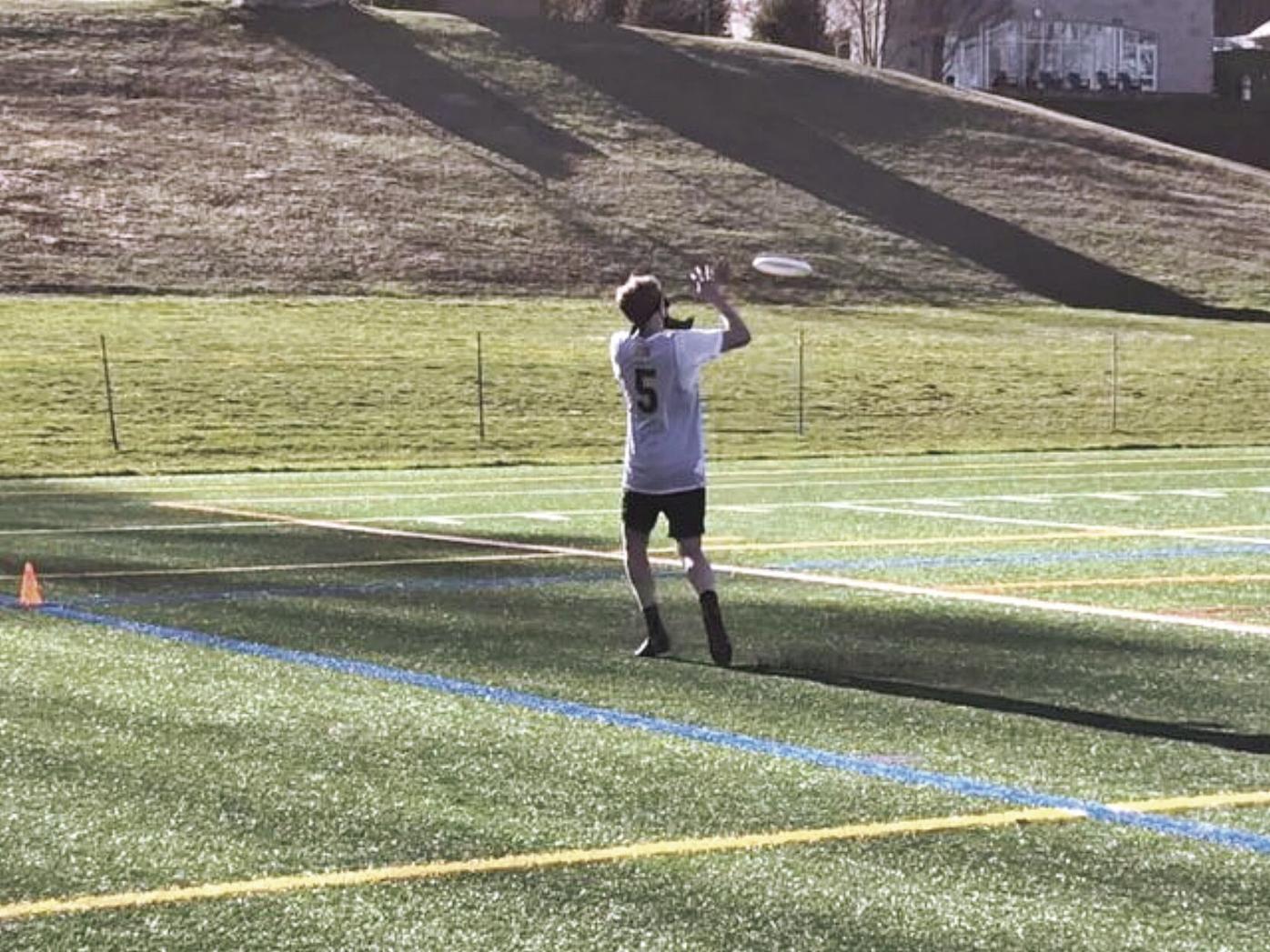 A BBA looks in the frisbee in the back of the end zone.

BBA’s Noah Rourke looks for a teammate during Monday’s scrimmage against Bellows Falls.

A Bulldog player extends for a catch.

A BBA player is swarmed by a Bellows Falls defender.

A BBA looks in the frisbee in the back of the end zone.

The contest was originally scheduled as a game, though Bellows Falls brought a short handed roster and the match was ultimately deemed a scrimmage. Despite only bringing nine players, Bellows Falls defeated BBA 13-11.

Joe Sogno got things started by hauling in a 15 yard throw after speeding past his defender and grabbing the first point of the game to put BBA ahead 1-0. Sogno is the lone returning member for the Bulldogs with varsity experience.

The last time Sogno played for BBA, he was a sophomore on a team with a lot of upperclassmen. Now a senior, he’s been asked to do more than just produce on the field.

“All of a sudden he’s kind of thrust into this leadership role, and I think he’s really doing a good job of both his play and (being more vocal),” Von Allmen said.

The Bulldogs boast 24 total players on their team, though the vast majority have never played competitive ultimate at the high school level. Along with Sogno only Evan Hall and Casey Vogel, both members of the 2019 BBA junior varsity team, have played competitively during high school.

The Bulldogs scored in a multitude of ways. A touch pass less than a yard from the end zone evened the score at four apiece in the first half. One of BBA’s longest scores came on a pass about 25 yards down field on a beautiful toss.

Freshman Noah Rourke displayed great passing on the afternoon and led the Bulldogs with three assists while scoring a point as well.

Von Allmen is excited to see Rourke already making an impact at such a young age.

“We’re super excited to have him on the team,” Von Allmen said. “We’re excited with where he’s at and what he can be.”

Wind gusts played a major factor, especially in the first half as gusts really affected the disk as it was in the air.

At halftime, BBA trailed 9-7. The Bulldogs held Bellows Follows to just four points in the second half. Von Allmen was pleased to see that improvement as the game progressed.

“It was cool to come out and see them work really hard and show a good defensive effort,” Von Allmen said. “The offense will come together as we continue to build skills but defense in ultimate is so correlated to effort. (It was) really gratifying to see that.

The Bulldogs scored the first two points of the second half to tie the game at nine. Bellows Falls answered with a 4-0 run to take a 13-9 lead.

The last point of the game came off a Joe Sogno pass to Carson Beavin to bring the final score to 13-10. Beavin had a great final possession, making a couple diving catches before he captured his second point of the game. Devon Boerum, Evan Hall, Tate Morris, Thomas Andres and Charles Jacobson each caught one point for BBA.

The two teams will face off in a game later on in the season. Meanwhile, BBA (0-1) will travel to Leland and Gray for a match on Wednesday at 4:30 p.m.