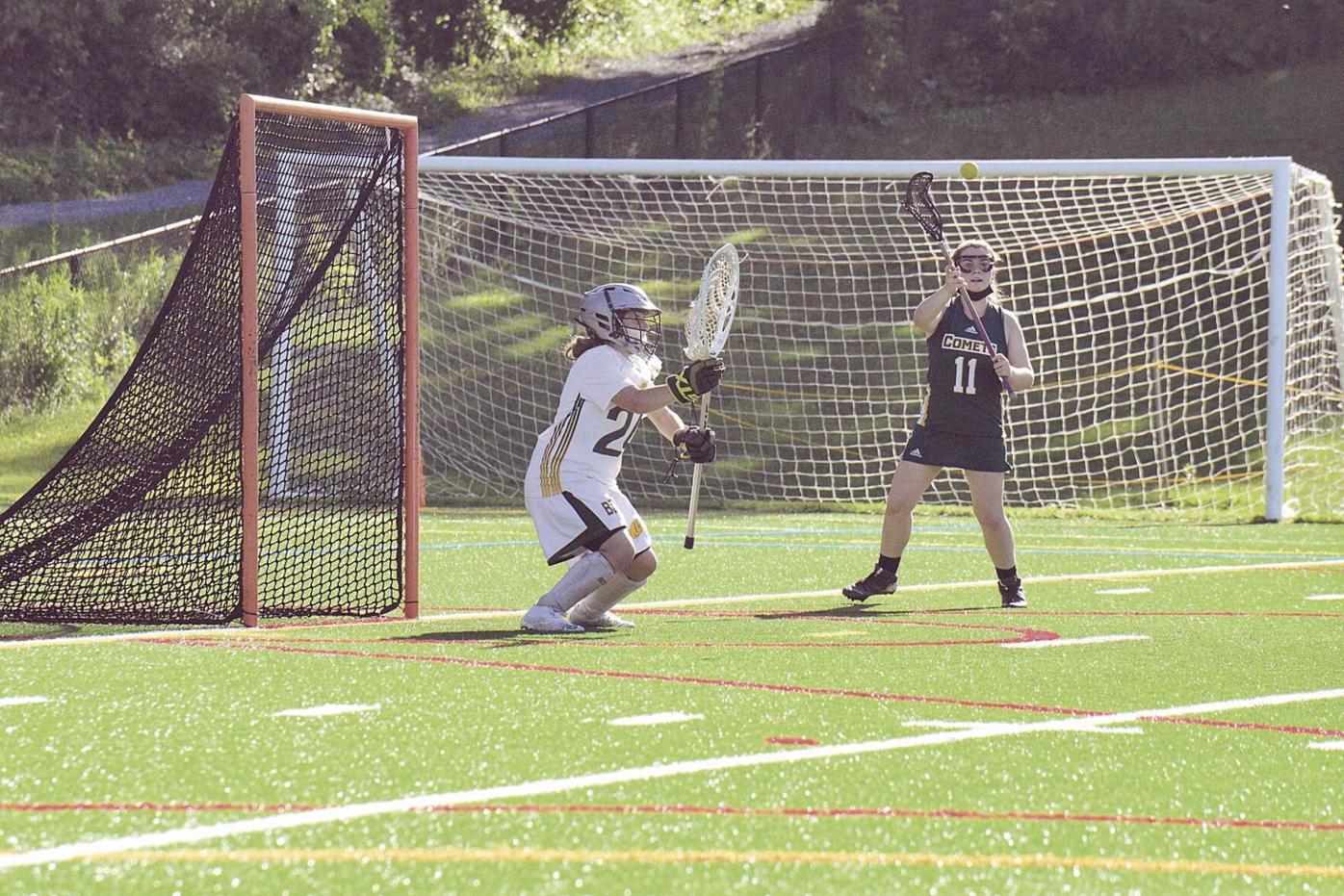 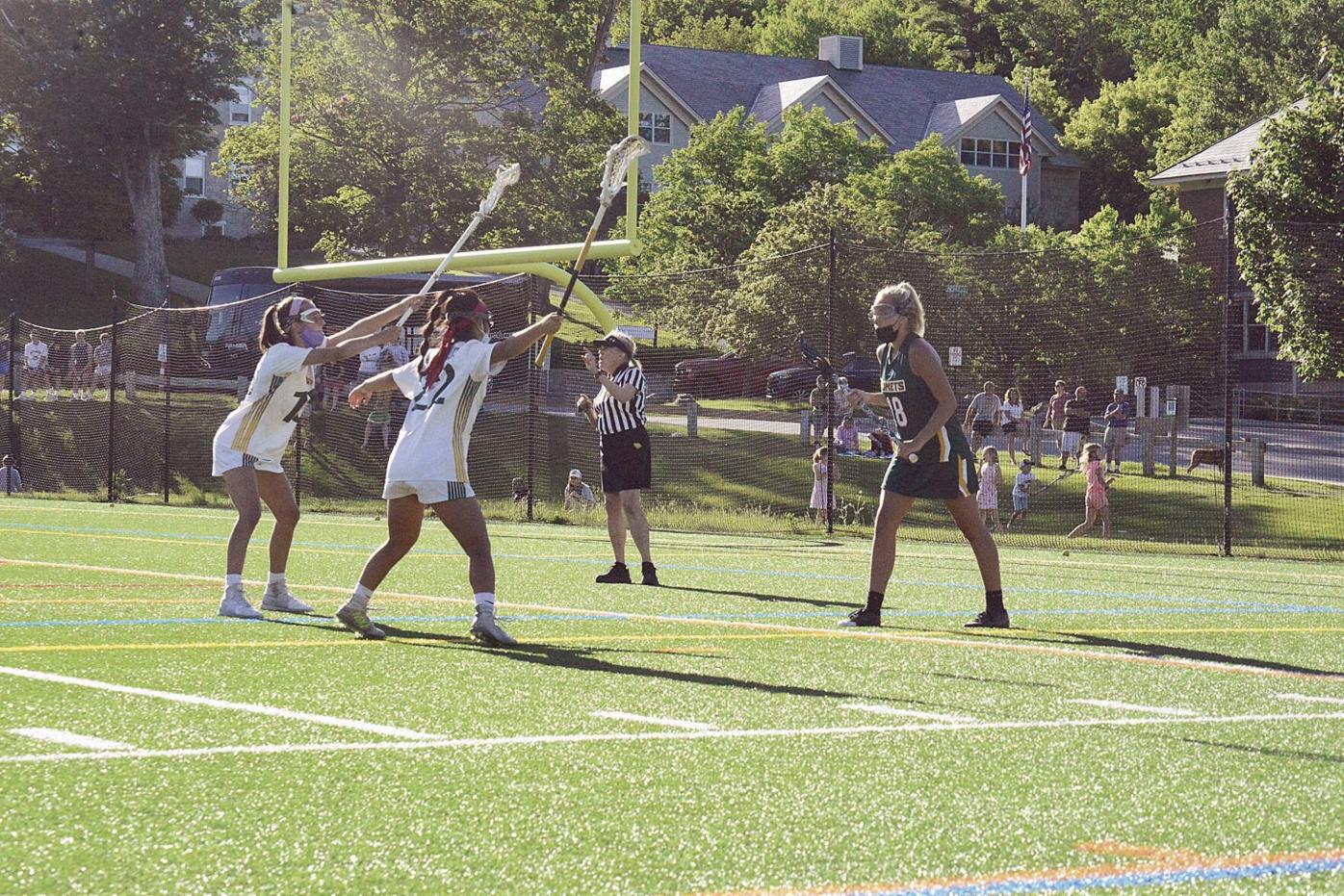 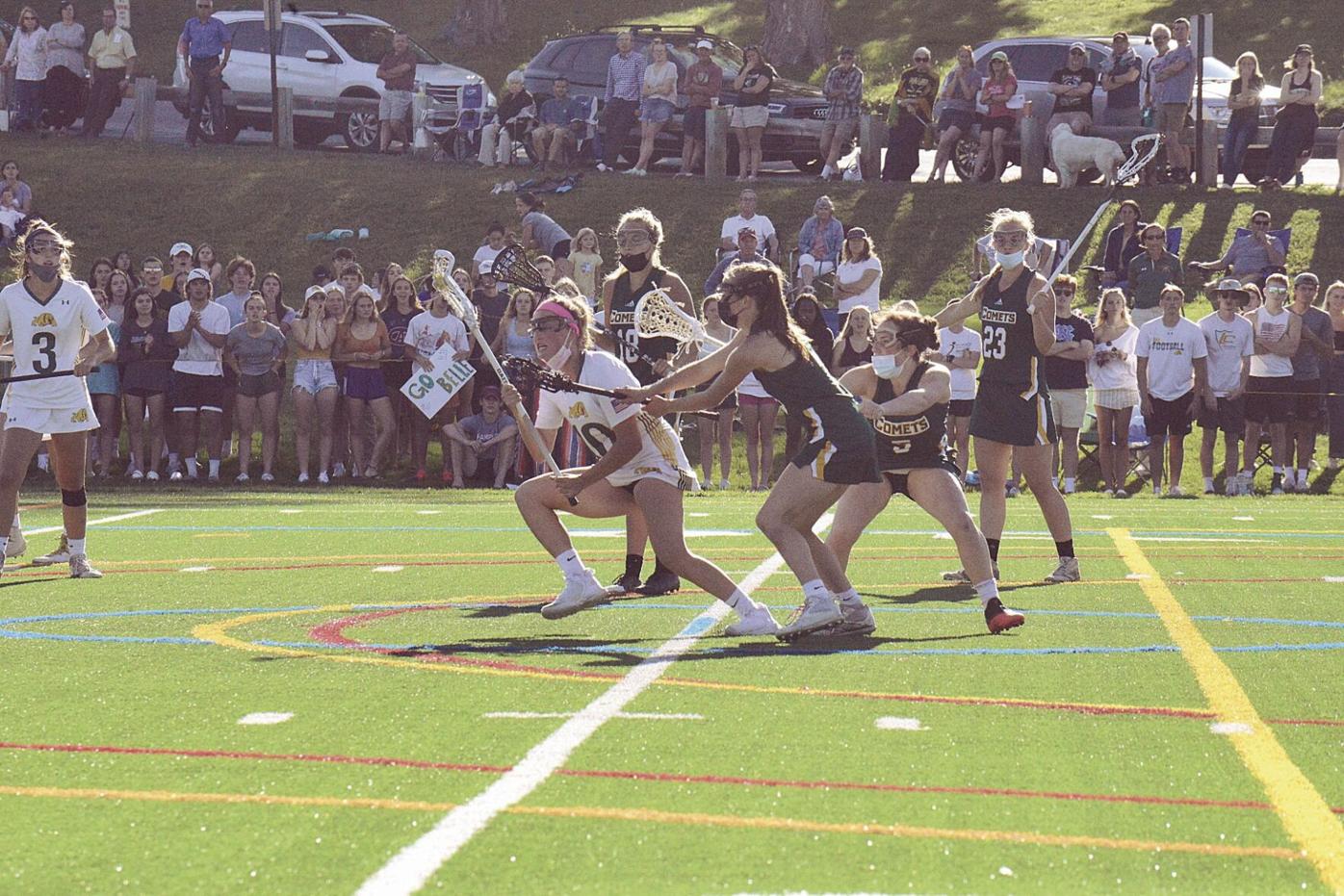 Annabelle Gray looks to pass to a teammate during Thursday’s Division I girls lacrosse semifinal. 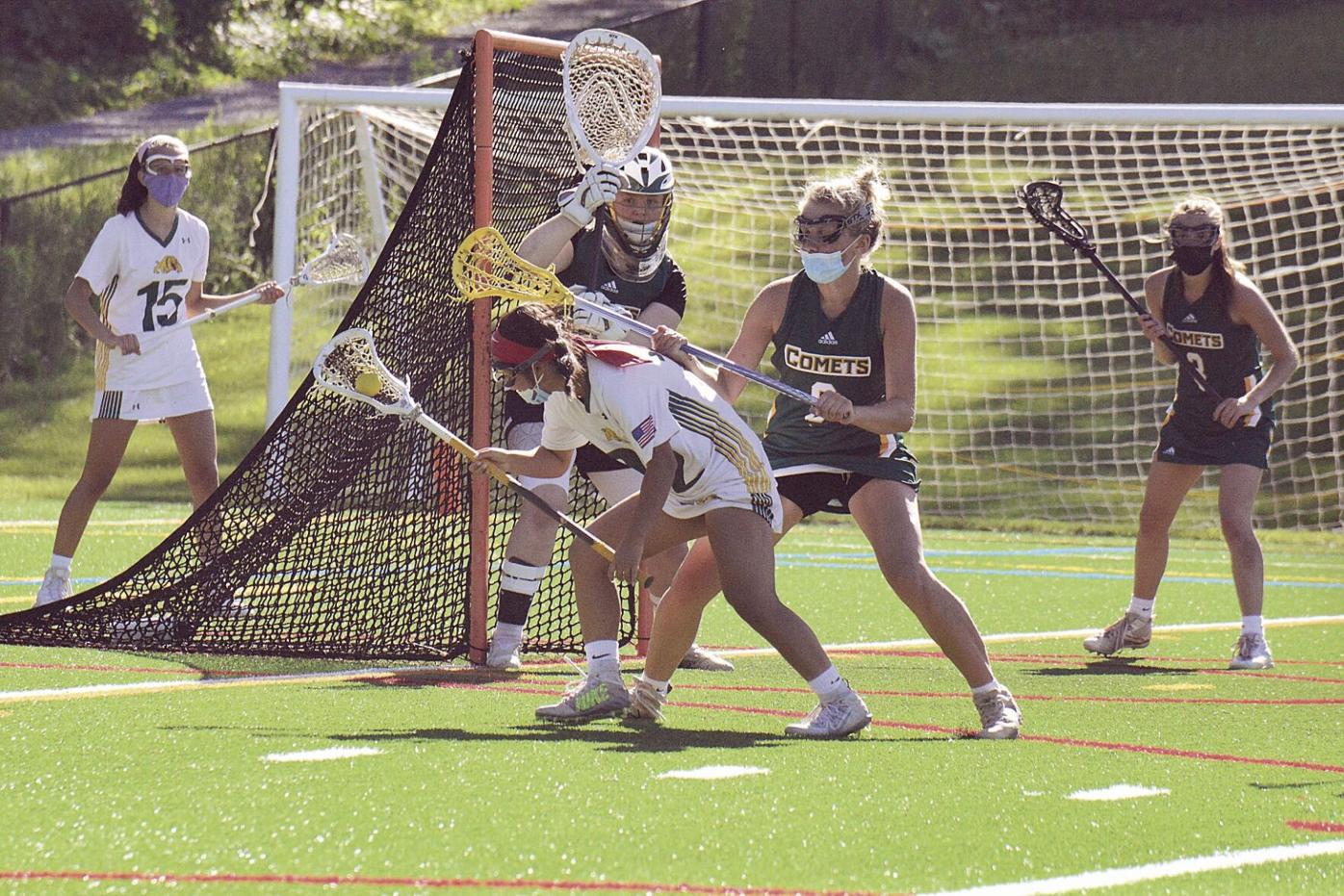 Annabelle Gray looks to pass to a teammate during Thursday’s Division I girls lacrosse semifinal.

MANCHESTER — The quest to return to the Division I championship came to an end on Thursday for the Burr and Burton girls lacrosse team.

A big second half was the difference as No. 4 BFA-St. Albans topped No. 1 Burr and Burton, 11-9, at Taylor Field in Manchester.

Burr and Burton had a 7-5 lead at halftime and then took a three-goal lead shortly into the second half on a goal from Sadie Stefanak. But over the next six minutes of game time, BFA scored three straight times, with Sophie Zemianek’s goal tying the game at 8-8.

“Down the stretch, they were able to maintain possession better than we were,” said BBA coach Ken Stefanak said. “I think offensively, we were forcing it a little bit. It’s a big game for everyone, the enormity [of the situation] and the [possible] impending end of a season. Maybe that was part of it.”

After a Burr and Burton timeout from Stefanak to regroup his Bulldogs, they retook the lead as Sadie Stefanak maneuvered her way past four BFA defenders to zip one past Ayla Shea for a 9-8 advantage.

The goal was her fifth of the day and gave BBA a lead with 15:25 left in regulation.

Shortly after Stefanak’s goal, BBA nearly scored again, but Shea made a diving save to keep the Bulldogs off the board.

But that was the last goal the Bulldogs would score.

“We talked at halftime about how fast BBA is and how well they move the ball, it’s almost scary,” Pipes said. “So our plan was to drop back to the 12[-meter] to be ready to redefend. That was our critical thing.”

With 11:34 left, Loghan Hughes tied the game again on a free position shot to make it 9-9. The momentum was going BFA’s way and a couple minutes later, they took their first lead as Caroline Bliss scored off a nice pass from Zemianek with 8:22 to go.

“Caroline is a freshman and she wasn’t even going to play this year and we talked her into it,” Pipes said. “They were face-guarding Loghan, which set Caroline right up.”

Less than two minutes after that, Adelaide Hughes scored off an assist from her sister for a two-goal lead, 11-9, and Stefanak took a timeout.

“They’re very physical and we turned it over a couple of times in crucial moments,” Stefanak said. “We did our best, we turned them over and had opportunities but we couldn’t find the back of the net in the last four minutes.”

For the next few minutes, BBA tried everything they could to find an answer to BFA’s run. On one possession, BBA had five chances to score — and the BFA defense and Shea turned everything away as time ticked off.

“She’s very motivated, she’s a sophomore,” Pipes said. “I think she was just on fire, Ayla when she gets stressed just gets better. The more pressure she sees, the better she gets.”

Overall, Shea had 14 saves on the day.

“We ran into a great goalie,” Stefanak said. “It’s the same as hockey. They are athletic and physical and didn’t seem to get tired late in the game.”

Things started well for the Bulldogs. Tatum Sands, the leading scorer for BBA this season, tallied less than three minutes in to take a 1-0 lead. Annabelle Gray doubled the lead on a free position shot a moment later to go up 2-0.

Zemianek scored for BFA, but the next two goals were from Stefanak, the first coming on an empty net goal after a foul from the BFA goalie.

At the same time, the defense was doing a great job keeping the BFA offense away from the goal.

After a BFA timeout, Loghan Hughes scored to cut the lead again, but then goals by Gray and Sands made it 6-2 with 12:21 left in the first half.

“We got off to a good start and then there’s a lot of game left,” Stefanak said. “Sometimes you get that ebb and flow which I think happened all game.”

From that point, BFA outscored BBA 3-1, with Bliss — who led the Comets with four goals — tallying with two minutes remaining in the first half.

BBA’s season ends at 15-1, its best season by winning percentage since the program began in 1999.

“It’s a tough loss after what I felt was a really good season,” Stefanak said.

BFA will head to the Division I final for the first time since 2012 and will face South Burlington, the 2019 champion, winners over Rutland in the other D-I semifinal earlier in the week.