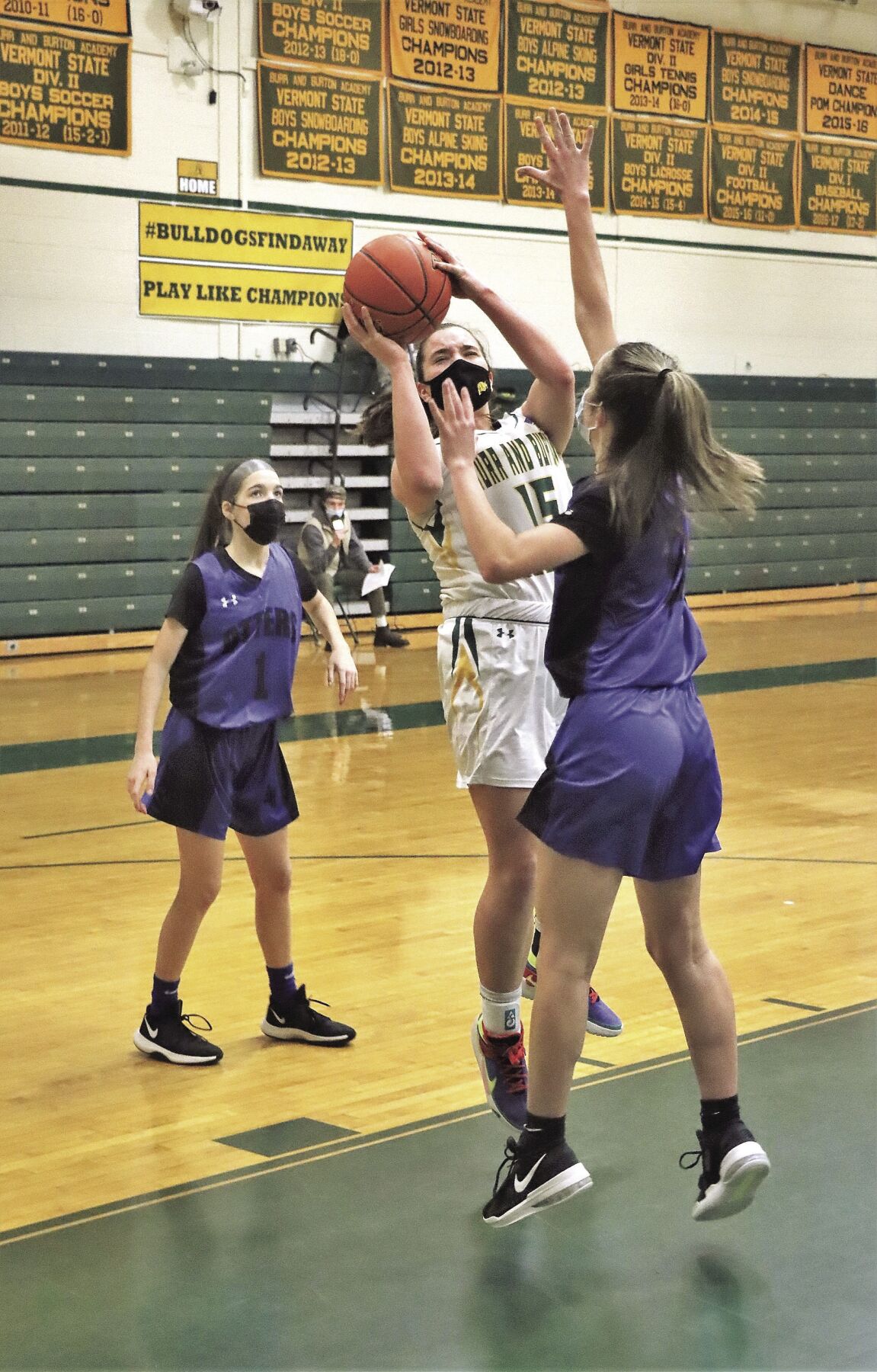 Burr and Burton's Carol Herbert goes up for a shot during Tuesday night's game against Otter Valley. 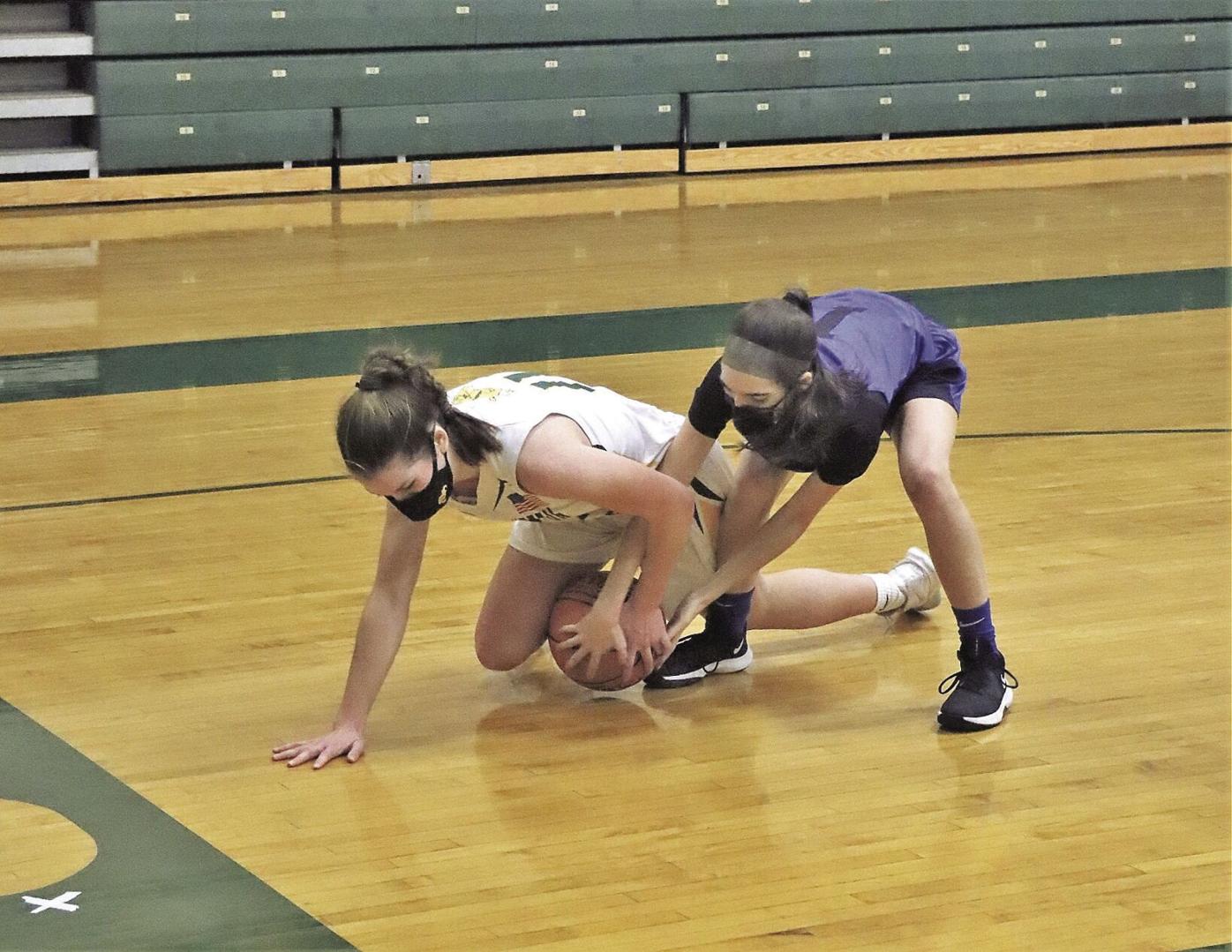 BBA's Josie Powers dives on the floor for a loose ball during Tuesday's game against Otter Valley. 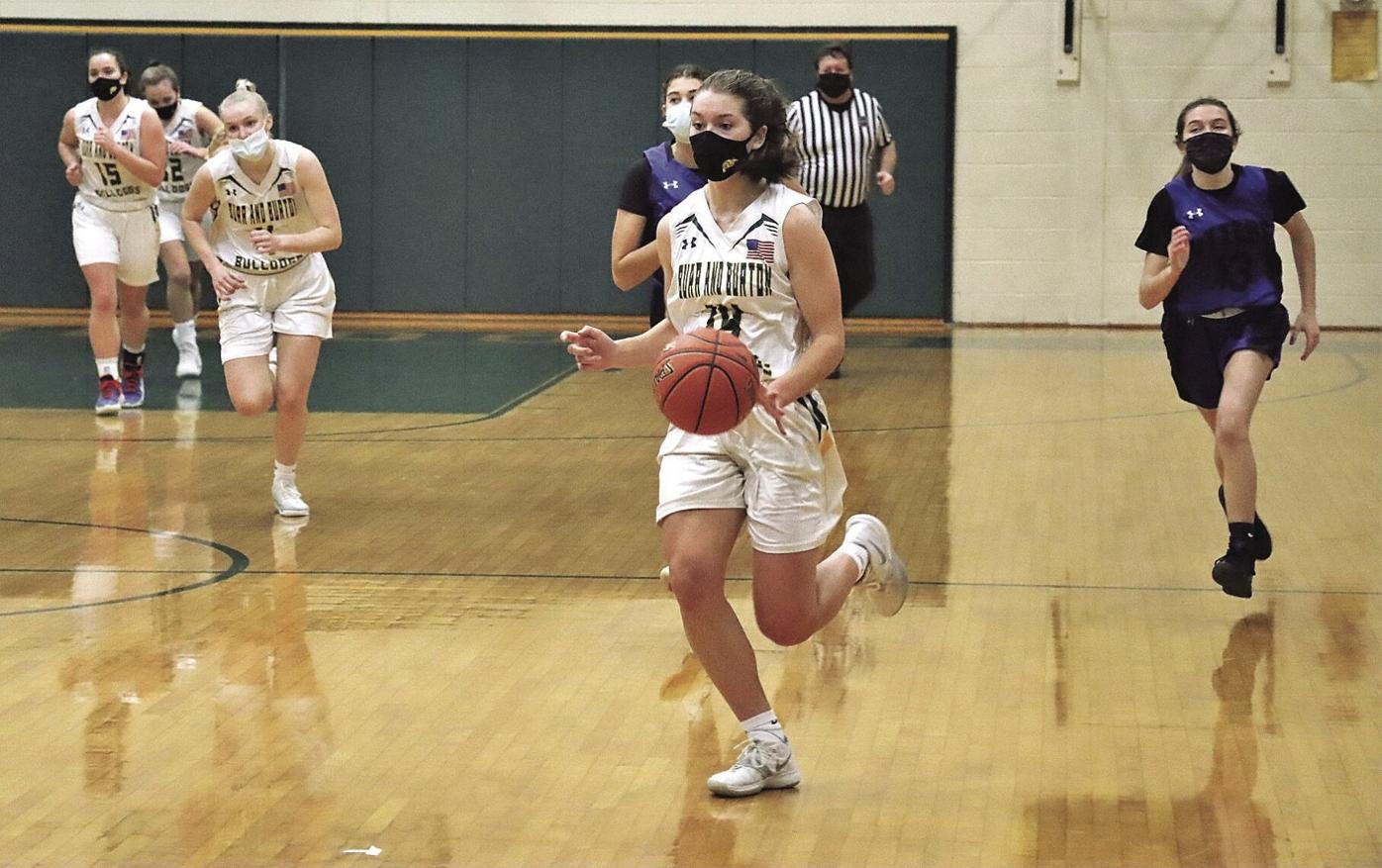 Madelyn Goebel rushes down the court in transition during Tuesday night's game. 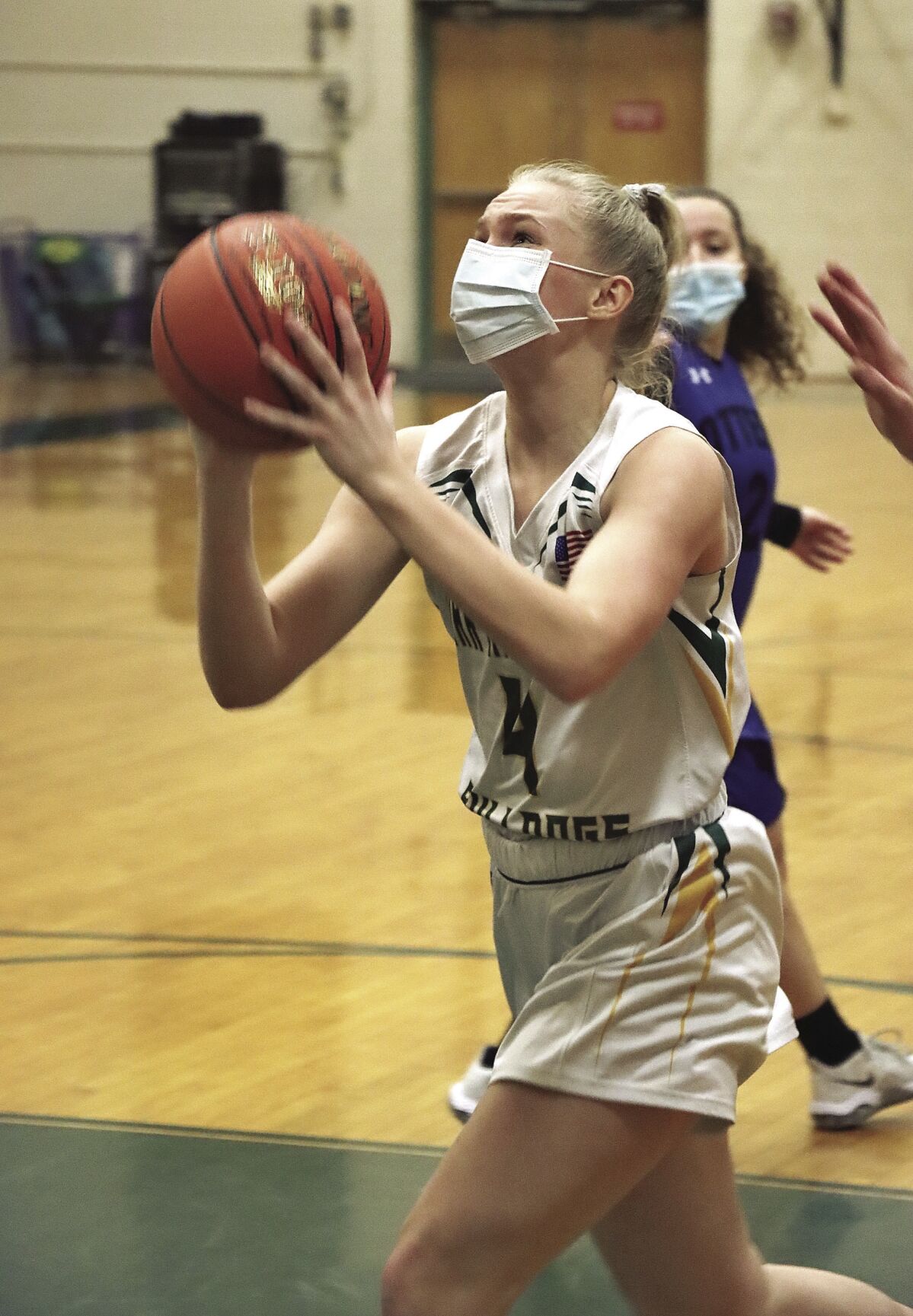 BBA's Alair Powers goes up for a layup in the Bulldogs' win over Otter Valley.

Burr and Burton's Carol Herbert goes up for a shot during Tuesday night's game against Otter Valley.

BBA's Josie Powers dives on the floor for a loose ball during Tuesday's game against Otter Valley.

Madelyn Goebel rushes down the court in transition during Tuesday night's game.

BBA's Alair Powers goes up for a layup in the Bulldogs' win over Otter Valley.

MANCHESTER -- The Burr and Burton girls basketball team took advantage of their size advantage in the front court on Tuesday night, scoring the majority of their points in the paint in a 66-42 win over Otter Valley.

Four players scored in double figures for the Bulldogs, led by Carol Herbert with 18 points. Alair Powers had one of the best offensive games of her varsity career with 15 points, while Nevaeh Camp pitched in with 12.

Madelyn Goebel scored 11 points, including eight of those in the second half.

BBA also got it done on the boards, as Herbert had 13 for a double-double. Four other Bulldogs had at least five, including Camp with six, Lulu Crosier with six, Goebel with five and Powers with five.

"[Rebounding] has been a big focus during practice because whether they are offensive or defensive, it translates well into the next possession to create scoring opportunities," Powers said.

BBA came out fast, taking a 14-6 lead after the first quarter, led by Herbert's eight points. In the second quarter, Otter Valley started to eat away at the early advantage, with Alice Keith scoring nine of her team-high 16 in the frame. Keith had a pair of free throws with 3:55 left before halftime to cut the lead to 19-14, but BBA finished the half on a 10-5 run to make it a 10-point lead at the break.

"I thought we were able to get good passes and find each other in good spots," Mears said. "We played really smart basketball tonight."

The Bulldogs pulled away in the third in what Mears said was the team's best quarter on the shortened season. Powers made a huge impact with nine points in the frame, getting baskets in transition and using her height to snag offensive rebounds for putbacks.

"I thought we started to run away with the game in the third when we picked up our defensive pressure and got a lot of steals and baskets in transition," Mears said.

At one point, the Bulldogs had four offensive rebounds in a single possession, one that Powers herself finished with a layup to give BBA a 44-29 lead at that point.

"Normally I play out [at the three-point line]," Powers said. "I play more at the guard position usually, but this year, we're so fluid and very balanced in scoring, a lot of girls can play different spots. I've been working on playing down low with Carol and that's really been helpful."

The only suspense in the fourth was the margin of victory, which ended up in BBA's favor by 24.

"We can be a really good defensive team when we want to be and we wanted to show up tonight and do that," Mears said.

BBA improves to 2-2 on the year and travels to face Rutland on Friday.