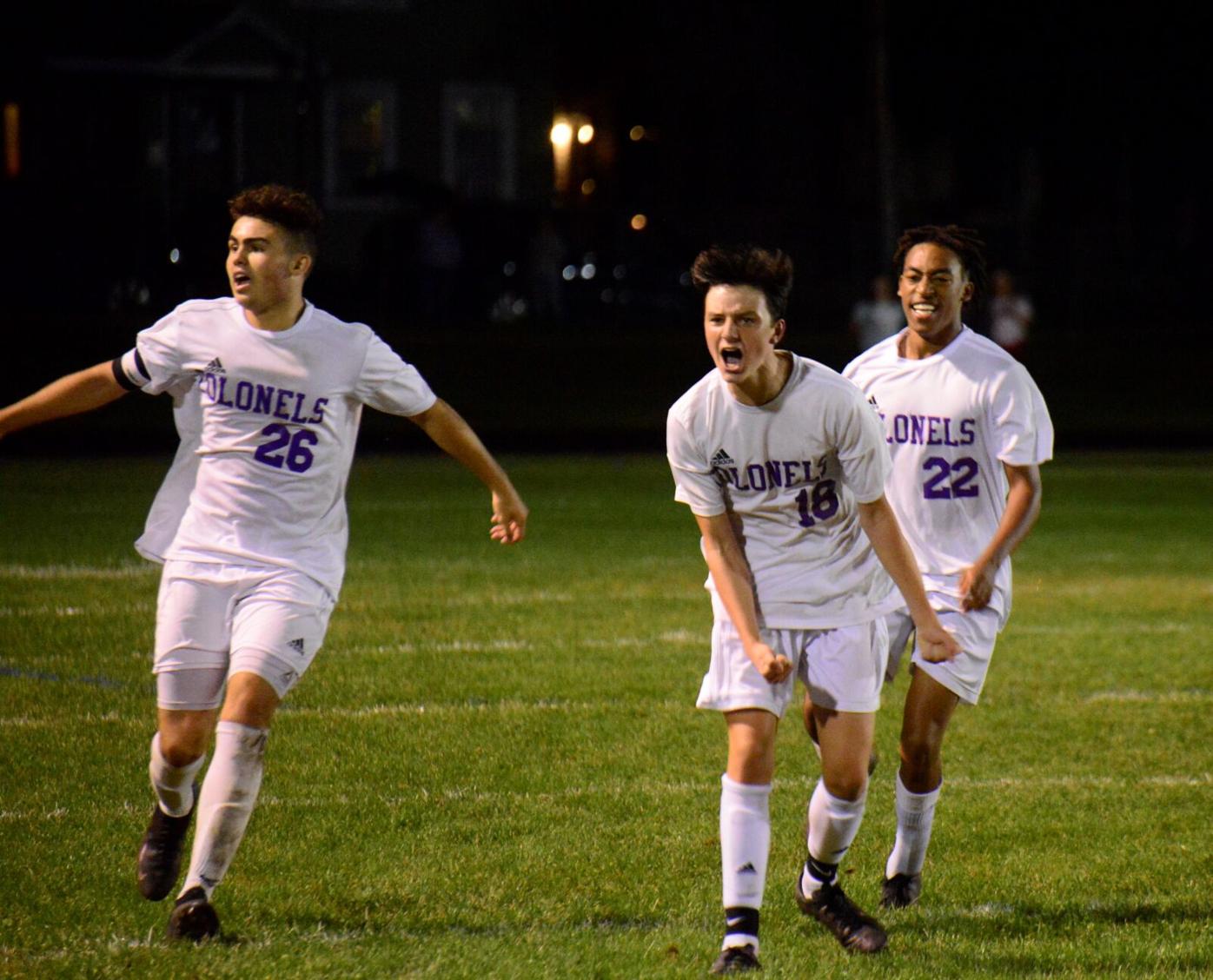 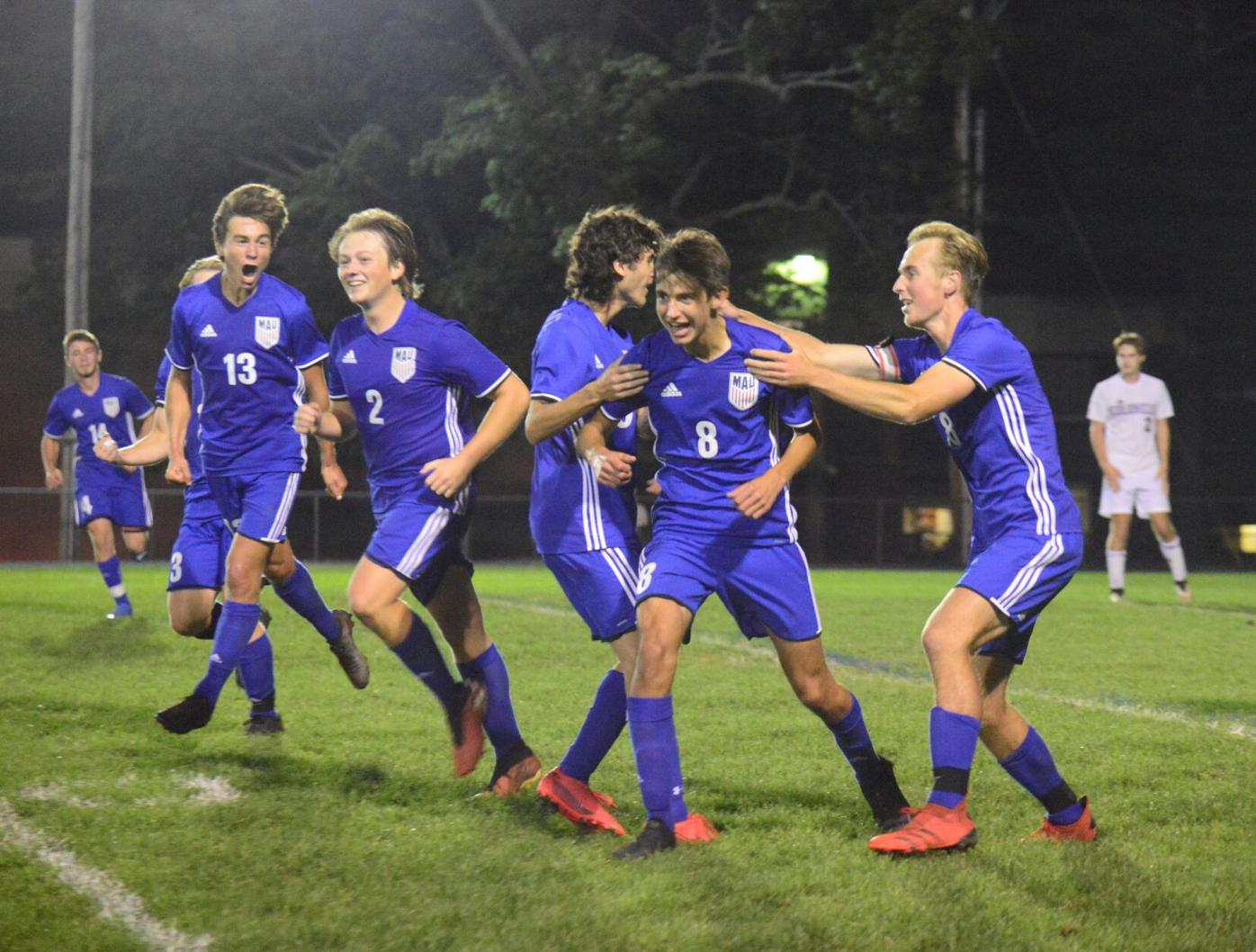 Mount Anthony's Peter McKenna is swarmed by teammates after a second half goal during Thursday night's game against Brattleboro. 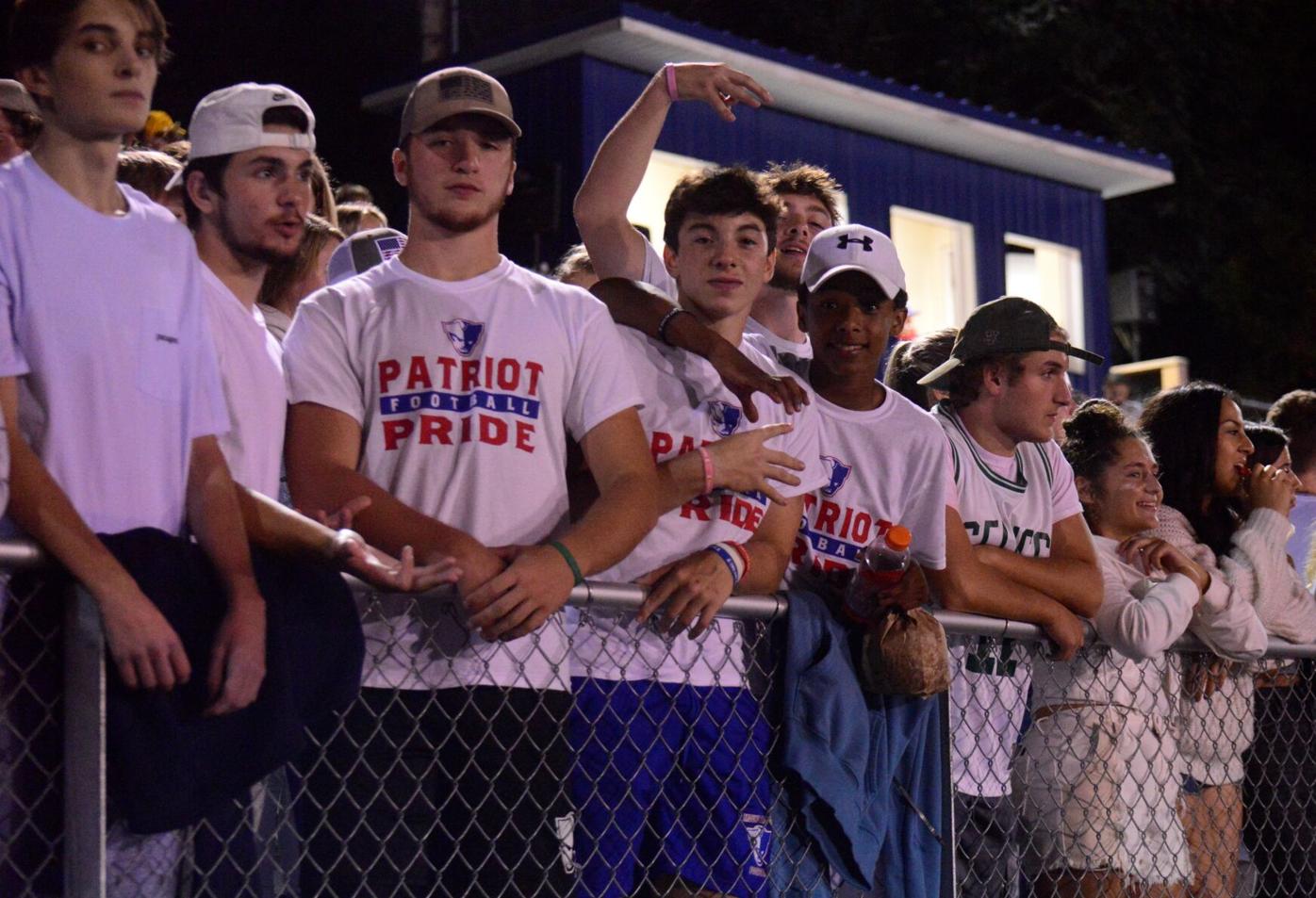 The Mount Anthony student section during its 'whiteout' against Brattleboro.

Mount Anthony's Peter McKenna is swarmed by teammates after a second half goal during Thursday night's game against Brattleboro.

The Mount Anthony student section during its 'whiteout' against Brattleboro.

The ball found its way into the back of Brattleboro’s goal and Potter, swarmed by teammates, ran toward the MAU student section, which erupted in cheer. The atmosphere at Spinelli Field made one thing clear at that point: the John James Tournament was officially back after its 2020 hiatus.

Potter’s goal was the equalizer, making the score 2-2. The Patriots couldn’t take that next step, however, never securing a lead in their 5-3 loss to Brattleboro in the opening round of the tournament.

“It got a little big for us,” MAU coach Mike Molloy said after the loss. “We didn’t step up in the big moments.”

MAU had its moments in a back and forth second half. Brattleboro led 2-1 at halftime. Potter tied it with his score, but the Colonels answered a minute later on a soft touch from freshman midfielder Charlie Kinnersly that found its way over the outstretched arms of Aiden Moscarello protecting the MAU net.

MAU once again tied it up, this time on a Peter McKenna goal. McKenna received a pass in stride near the box and Brattleboro’s Paul McGillion decided to play up and try to meet the ball. McKenna beat McGillion to the ball for the score, making it 3-3 in the 32nd minute.

McGillion denied a Jordan Gardner penalty kick a minute earlier with a diving save toward the left post. The Brattleboro defense cleared the ball from the box, but MAU regained possession near midfield.

Brattleboro wasted little time regaining the lead. In the 26th minute, Tucker Sargent headed in a cross on a corner. That gave Brattleboro a 4-3 lead, one that they would not surrender this time.

Sargent’s goal capped off a wild opening 14 minutes of the second half which saw four scores, two from each team. That surpassed the total goals in the entire first half.

The Patriots fought hard and brought the energy. Its defensive miscues ultimately proved too costly to overcome.

“We just didn’t defend well enough to play high school soccer at the level that we should be playing,” Molloy said. “It just wasn’t good enough defending.”

The dagger came off Kinnersly’s foot with 5 minutes and 41 seconds left. The freshmen found the net for the third time, completing the hat trick and giving Brattleboro its first two goal lead of the night.

Kinnersly’s first score came on a one-timer in the first half.

Molloy said the MAU coaching staff will reassess the team’s formations and lineups.

Brattleoboro’s first goal came off a set piece which was then headed toward Orion Masterson, who headed it in himself for the 1-0 advantage.

Potter sprinted down the left side of the field, hugging the sideline as he beat his defender and made a move to the goal a few minutes after Masterson’s score. Potter’s scoring threat forced McGillion out of the net, and Jake Tibbetts was able to capitalize on the rebound as he put the ball into the back of the net. That tied the game at 1-1.

The loss drops a talent-filled MAU roster to 0-3 on the season.

“I feel badly for them right now,” Molloy said. “This is their senior year, this is their hometown tourney. There’s a lot of seniors and juniors who have put a lot into it.”

MAU’s roster boasts only three sophomores and zero freshmen. The remaining 16 players on the roster are either juniors or seniors.

The Patriots face off against Arlington in the consolation game at 5 p.m. on Saturday.

Brattleboro secured a date with Burr and Burton at 7 p.m. on Saturday in the tournament championship.