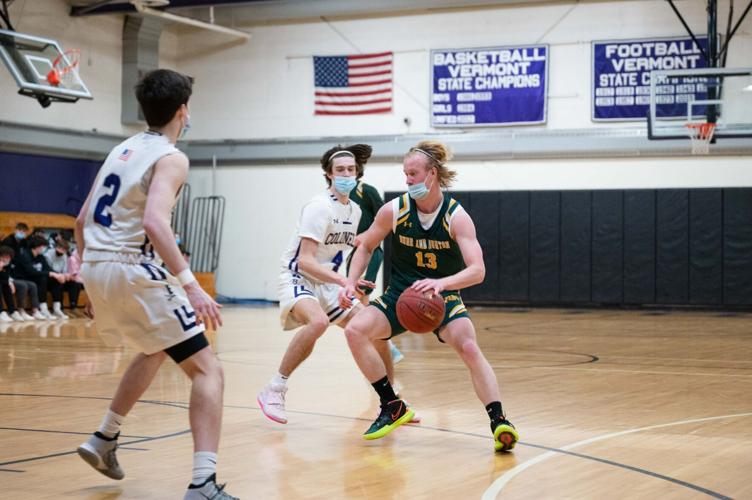 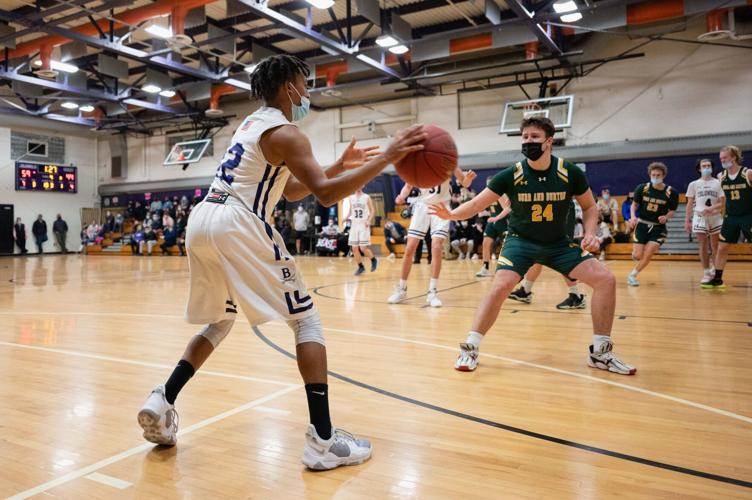 The Colonels' Zinabu McNiece is guarded by BBA's Will Morell during Thursday night's varsity boys basketball game in Brattleboro. 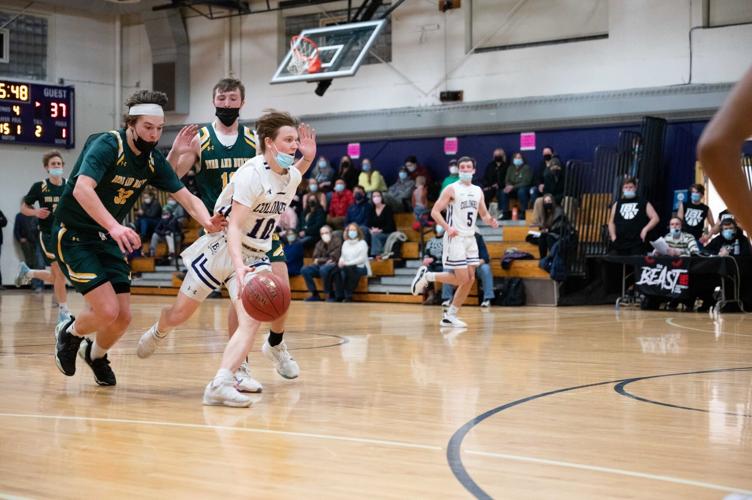 Cameron Frost (10) scored a game-high 26 points for the Colonels. 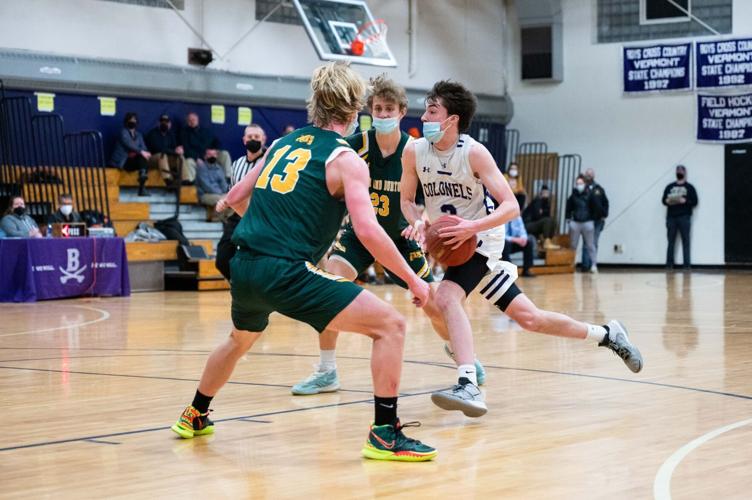 Brattleboro's Samuel Mattocks made three trifectas and finished with 11 points.

The Colonels' Zinabu McNiece is guarded by BBA's Will Morell during Thursday night's varsity boys basketball game in Brattleboro.

Cameron Frost (10) scored a game-high 26 points for the Colonels.

Brattleboro's Samuel Mattocks made three trifectas and finished with 11 points.

BRATTLEBORO — On a chilly Thursday evening in Brattleboro, the Burr and Burton varsity boys basketball team was Frost-bitten.

Junior point guard Cameron Frost exploded for a game-high 26 points, including a couple of trifectas, to power the host Colonels to a 61-48 win over the Bulldogs.

“I had to show some emotion,” said Frost, who turned to the bleachers and urged his fans to make some noise each time he sank a shot from downtown. “I was very excited out there.”

After Tim Johnson sang the national anthem and BBA’s Dustin Joseph made a bucket, the purple and white went on an 11-0 run. Frost drained a couple of outside shots and also finished off a break in that span.

Sam Mattocks (11 points) would hit three shots from beyond the arc and super sub Alex Carpenter also drilled a 3 as the Colonels went ahead by as many as 18 in the second quarter.

“We executed well on defense. Our defense led to offense,” said BUHS coach Jason Coplan, who had his team switch from man to zone often. “They didn’t know which offense to start up. We never let them get into any kind of rhythm.”

Madox Matthews (13 points) was the exception. Burr and Burton’s floor general put on a show for his backers, making four layups in the second quarter and a couple more in the third. His two reverses were among his highlights.

Will Morell delivered from long range and Matthews scored on a drive to get the Bulldogs within 32-19 at the intermission.

The Colonels (3-5) maintained a comfortable lead the rest of the way. Frost was on fire in the second half, with three pretty takes in traffic, a floater, a finish on a break, and a couple of treys that were followed by him encouraging those in the student section. Carpenter would score three consecutive hoops, including a couple of post moves and a deep deuce.

“It was good to see Cam shoot well. It was good to see us get shots in the flow of the game,” Coplan mentioned. “We need to get Paul (McGillion) and Willem (Thurber) more confident down low and feed the post.”

Joseph’s triple was the offensive highlight over the last 16 minutes for the Bulldogs (4-6). Defensively, Nate Smilko stole the ball from Frost and Matt Carrara rejected one of Tate Chamberlin’s shots.