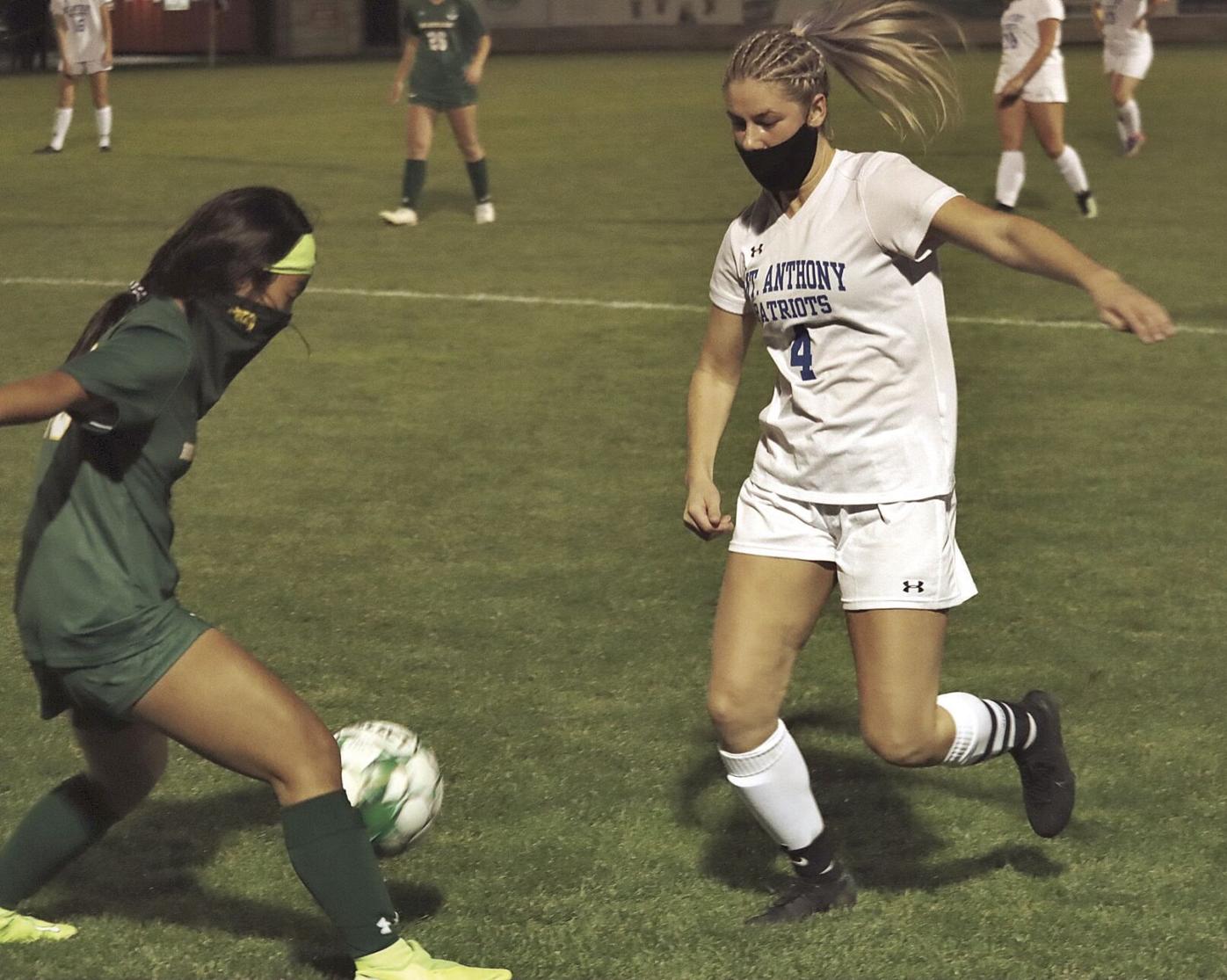 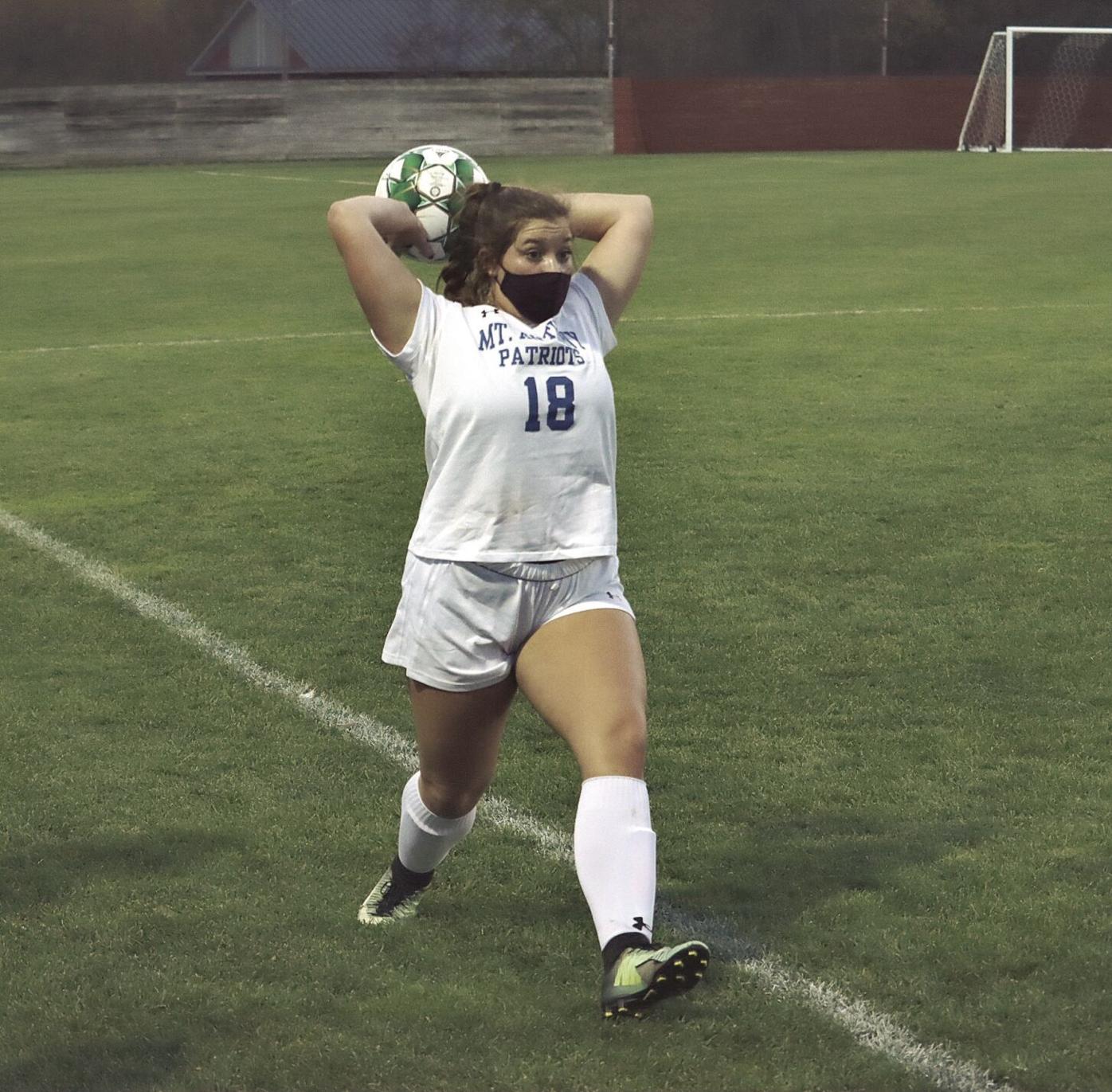 Mount Anthony's Alexis Harrington throws the ball in during the first half of Wednesday's game against Burr and Burton. 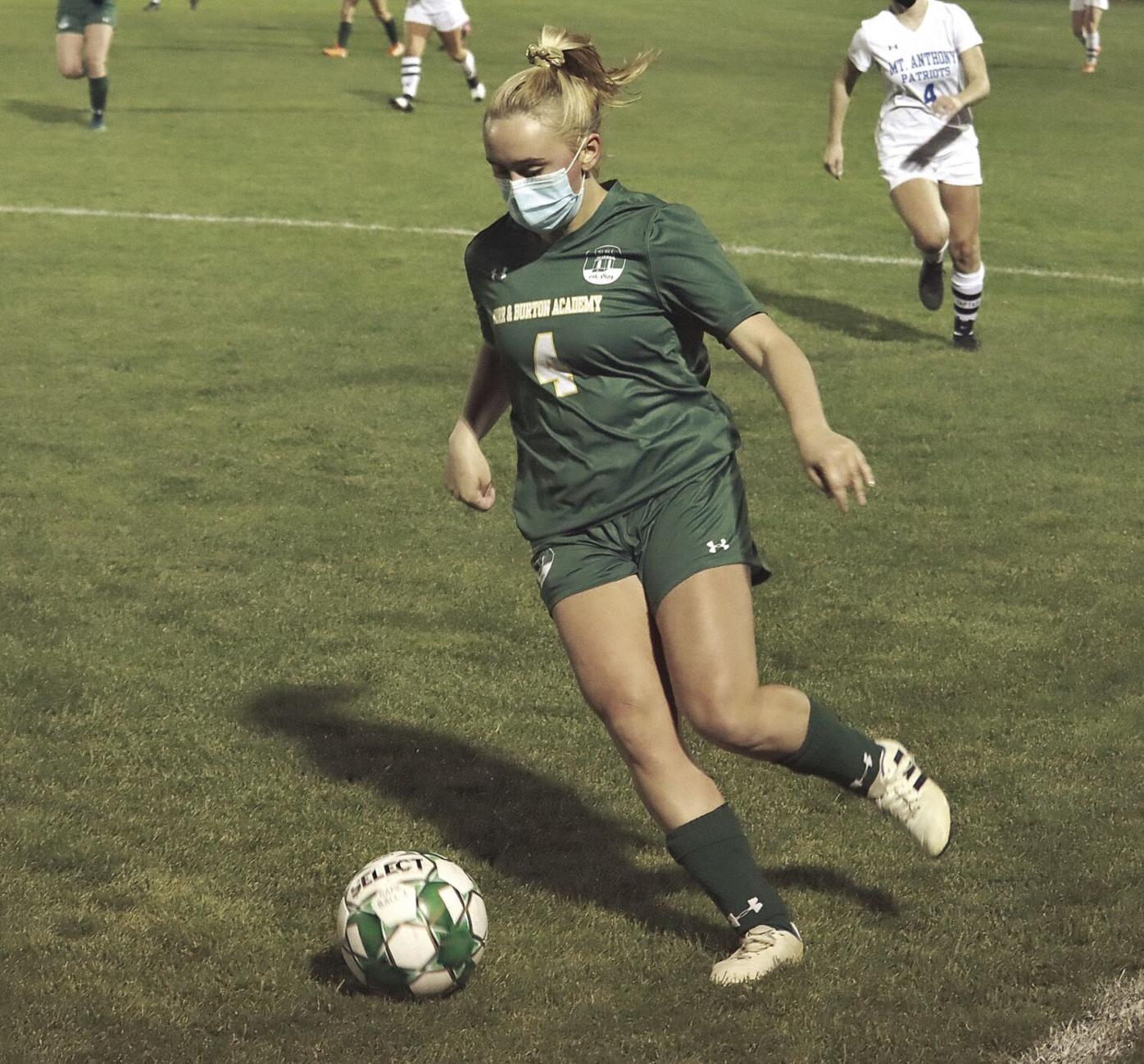 Burr and Burton's Stella Turner saves the ball from going out of bounds during Wednesday's game against Mount Anthony. 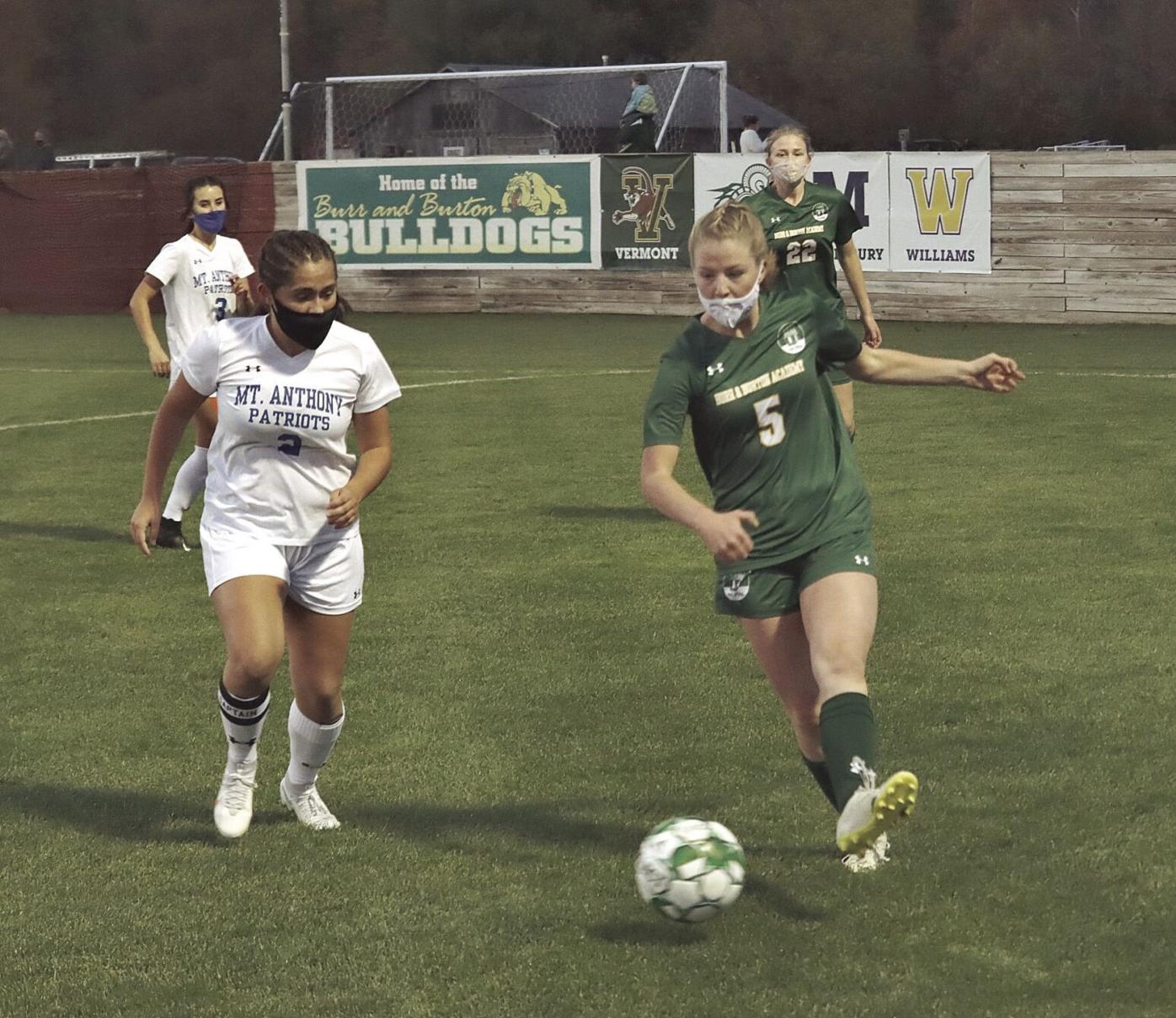 Mount Anthony's Alexis Harrington throws the ball in during the first half of Wednesday's game against Burr and Burton.

Burr and Burton's Stella Turner saves the ball from going out of bounds during Wednesday's game against Mount Anthony.

MANCHESTER -- The first half of Wednesday night's girls soccer match between rivals Mount Anthony and Burr and Burton was pretty even as BBA went into the break with a one-goal lead.

But the second half tilted toward BBA as they scored twice in a 47-second span to grab a 4-1 win over the Patriots at Applejack Stadium.

MAU coach Aaron Wood felt that the bigger field at Applejack had an effect on his team.

"No question," Wood said. "The big field is definitely different for us and they're used to it. They did a good job of moving around the pitch."

The opening goal of the night came with 18:57 left in the first half. Piper Russell ran on to a pass to the left flank and she drilled a shot into the upper corner, giving MAU goalie Lexi Gerow no chance to make the stop.

"Piper has been working for a goal like that," said BBA coach Suzanne Mears. "She opened the gates for us. She runs that flank so well."

MAU had a handful of chances throughout the first half, with the run of play mostly down in the BBA end. But goalie Carol Herbert and the rest of the Bulldogs defense was up to the task and BBA took the lead into the break.

"In the first half we had chances to score and we weren't able to, but they outworked us in the second half

Things changed dramatically in the second half. BBA started taking the fight to MAU and had a couple of really strong chances in the first 10 minutes, including one where a shot hit both the post and the crossbar before the MAU keeper made the save.

The Bulldogs broke through with 21:05 left as Charlotte Connolly took off on the counter-attack and scored to double the lead.

"[Charlotte's] been on the scoreboard every single game so far," Mears said. "She's new to our program and she's got great touch and can find the back of the net."

Less than a minute later, Willa Bryant scored to make it 3-0.

"Senior night is one of those emotional nights, for a lot of reasons," Mears said. "We just needed to ground ourselves and come back together and get our emotions in check a little bit. Playing more as a team, and we did that."

Ava Elmer went into goal for MAU late in the second half for Gerow and Gerow helped MAU avoid the shutout when she scored with 2:05 to go.

"We did it in Rutland too, she's one of our more skilled players," Wood said. "What we have numbers-wise, we're going to call on her sometimes to come on to the field. We have trust in Ava to be back there."

BBA improves to 4-0, while Mount Anthony drops to 1-2. BBA holds the No. 2 spot in the Division I rankings with half of the regular season remaining.