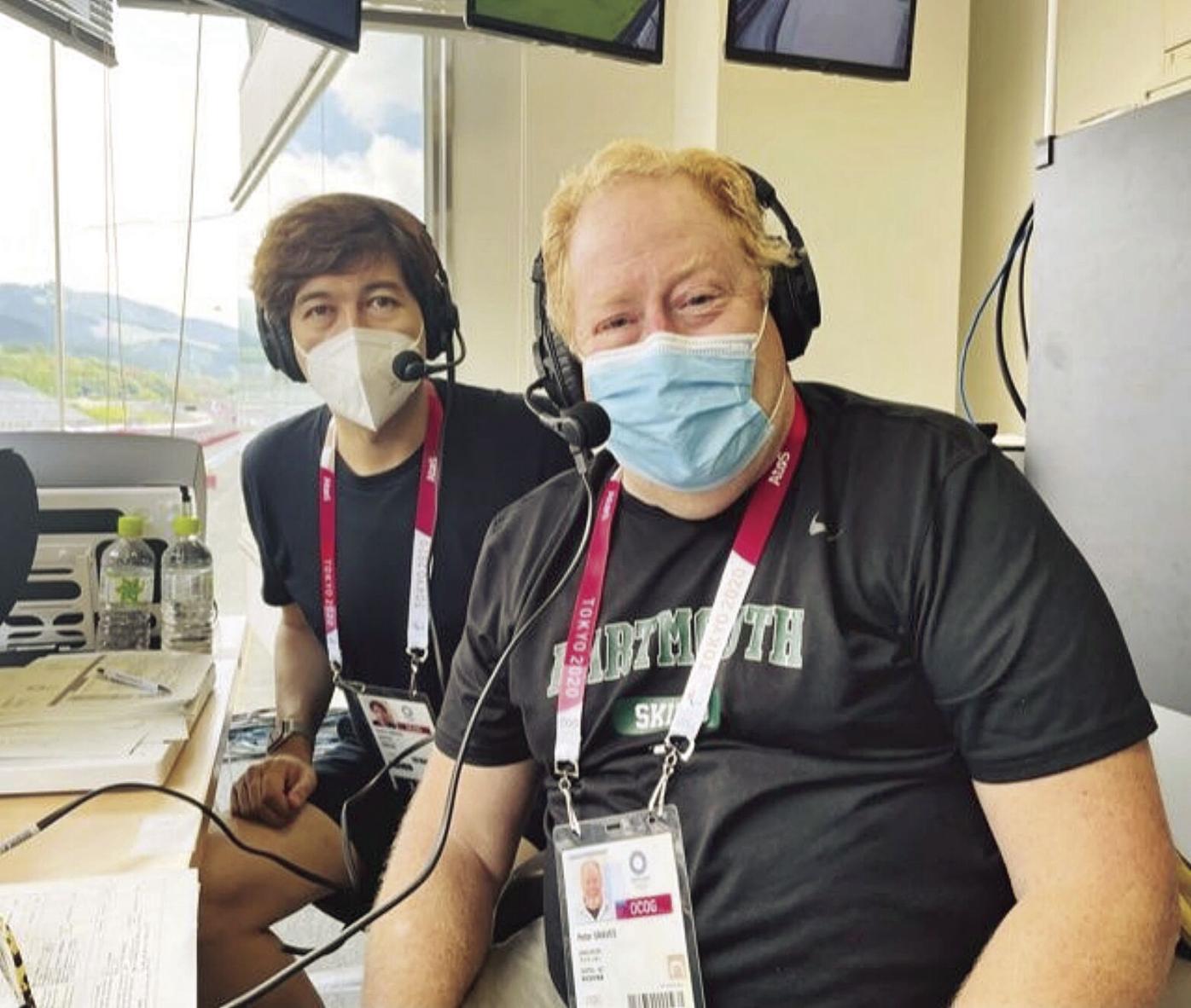 Bennington native Peter Graves will be the public address announcer for the road cycling events at the Tokyo 2020 Olympic Games. Here, Graves is with his co-commentator, Sascha Boeckle, posing for a photo before the Games. 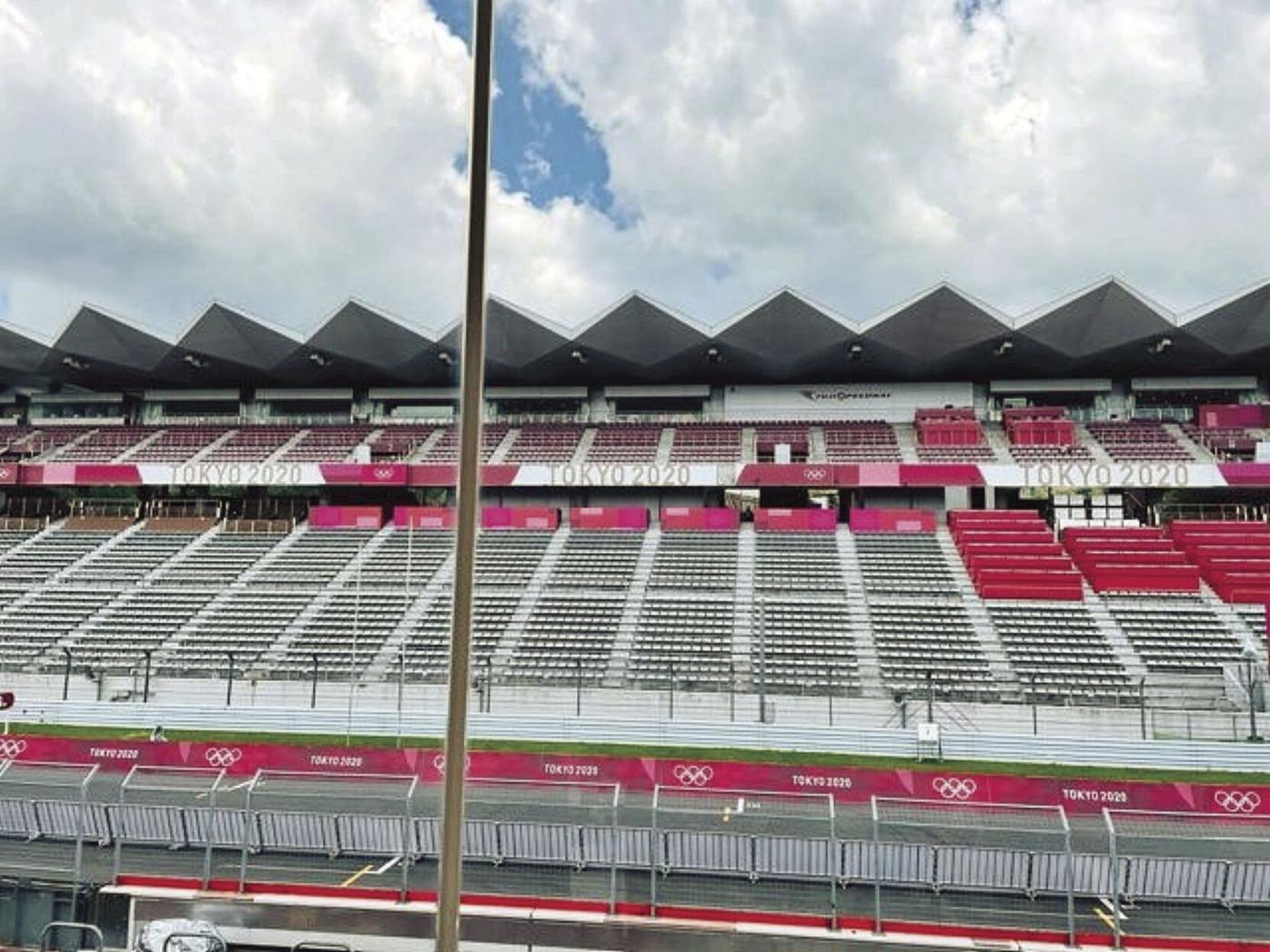 Fuji Motor Speedway will be the finish line for the men’s and women’s cycling events at the Tokyo 2020 Olympic Games.

Bennington native Peter Graves will be the public address announcer for the road cycling events at the Tokyo 2020 Olympic Games. Here, Graves is with his co-commentator, Sascha Boeckle, posing for a photo before the Games.

Fuji Motor Speedway will be the finish line for the men’s and women’s cycling events at the Tokyo 2020 Olympic Games.

BENNINGTON — Now that the 2020 Olympic Games taking place in Tokyo, Japan, have officially started, local fans may be able to hear a familiar voice during the road cycling events.

Bennington native Peter Graves will be the public address announcer for both the men’s and women’s road cycling and individual time-trial events that take place this weekend on the USA Network.

“I love the Olympic movement — are there a number of issues that could be improved upon? Of course,” Graves said. “Still, they remain for me and thankfully much of the young people of the world, a movement that promotes peace, harmony, even love on a truly global level with common rules. I also have always been moved by the fact that the movement is not just about the winning, but about the taking part.”

Tokyo is Graves’ 12th Olympic Games that he has worked, either as an analyst on television or as a public address announcer. Tokyo will be his fourth Summer Games, the rest are Winter Games.

“I’ve done Summer Games in Sydney, Athens, Rio and now Tokyo,” Graves wrote in an email before the Opening Ceremonies.

Graves’ Olympic career started at the 1980 Games in Lake Placid, working for ABC Sports as a cross-country skiing analyst. After that, he was hired by ESPN, serving as a host and color commentator for both skiing and cycling competitions. More recently, he was working for the Outdoor Life Network and NBC Universal Sports until 2010.

He was the lead PA announcer for the Alpine ski events at Pyeongchang, South Korea, at the 2018 Winter Games.

He hadn’t planned on being in Tokyo for the Olympics. But a phone call changed Graves’ plans.

“I had no plans to work the Tokyo Games, until my phone rang early one morning in May, calling me with an offer to Public Address announce cycling at the Tokyo Olympic and Paralympic Games,” Graves said. “I took a week or so to think it over, and finally said yes, why not.”

Graves said that the men’s road cycling race will be interesting because they will climb a part of Mount Fuji just weeks after the grueling three-week Tour de France.

“Mount Fuji has some very steep sections and many are calling these Olympic road cycling courses the toughest in Olympic history,” Graves said. “The men’s field, especially, many of whom rode in the recent Tour de France, are suffering from some real fatigue, so the field could be wide open.”

Both events will end at the famed Fuji Motor Speedway. A pair of Americans, Lawson Craddock and Brandon McNulty, are making their Olympic debuts on the men’s side, while four U.S. women will compete on Sunday in the road race.

“The other interesting thing to me as that many of the men’s field has come directly here from Paris and the grueling Tour de France. There’s been precious little time for them to recover from something like that. Further its hot and very humid here right now and with the men’s race going up part of Mount Fuji, is likely to be a real suffer-fest, in what many cycling journalists here are call the toughest road course for an Olympic Games ever,” Graves said.

Graves is 69 and is a Mount Anthony Union High School graduate, class of 1970. He was a cross-country skier for the Patriots under legendary coach Bucky Broomhall.

“The sport opened up new worlds to me and was life changing in the most positive sense. I wasn’t someone with enormous athletic talent, but I worked hard and it paid off. I am forever grateful to all my coaches who mentored me along the way,” Graves said.

He left Vermont to go to college in Colorado on a Nordic ski scholarship and remained after school, working in both radio and television in Colorado and then New Mexico.

Despite the Tokyo Games being his 12th time covering the event, Graves said that every one is different, so it’s really a new experience each time.

“It’s quite different, especially from a cultural point of view,” Graves said. “And I really enjoy meeting new people and working with them, opportunities to learn about the history, the food, all of those things. So, really, while the traveling itself doesn’t get easier as one ages, the Olympics, international sport and friendships; those things I never tire from.”

Graves said it’s important for him to be engaged in the process of announcing at the Games.

“At this point in my life, I’m not looking to just bag another Olympic Games, I do not want to go thru the motions,” Graves said. “I know, even at 69 years-old, that I am as interested and dedicated to the job as ever. My watch words at the Olympics is to do my job fairly and without bias and to educate, inspire and inform. And further, I think my performances are as good now or better than they have ever been. You never stop learning, and I think my broadcasting has become less hyped, with more descriptive language and perhaps more dramatic phrasing.”

Being able to cover big international events, including world championships and the Olympics, keep Graves at the top of his game.

“The sports that I announce, skiing and cycling, they are constantly evolving, the technology is ever changing, and there are always new athletes coming into sports that one needs to learn about,” Graves said. “I love doing this and its been something I take very seriously. Honestly, the learning never stops. That’s refreshing.”