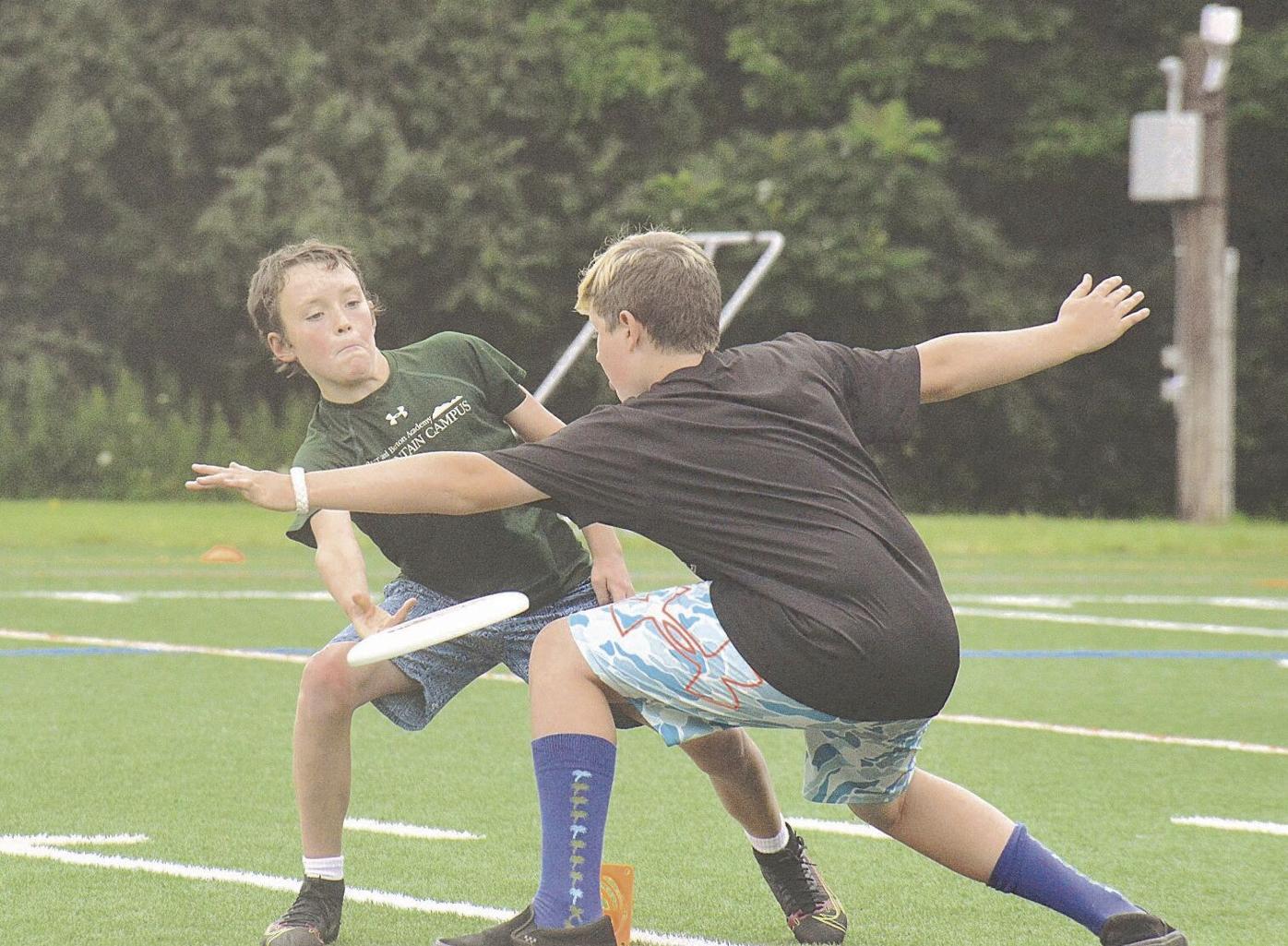 Burr and Burton ultimate frisbee campers participate in a drill on Monday at Taylor Field. 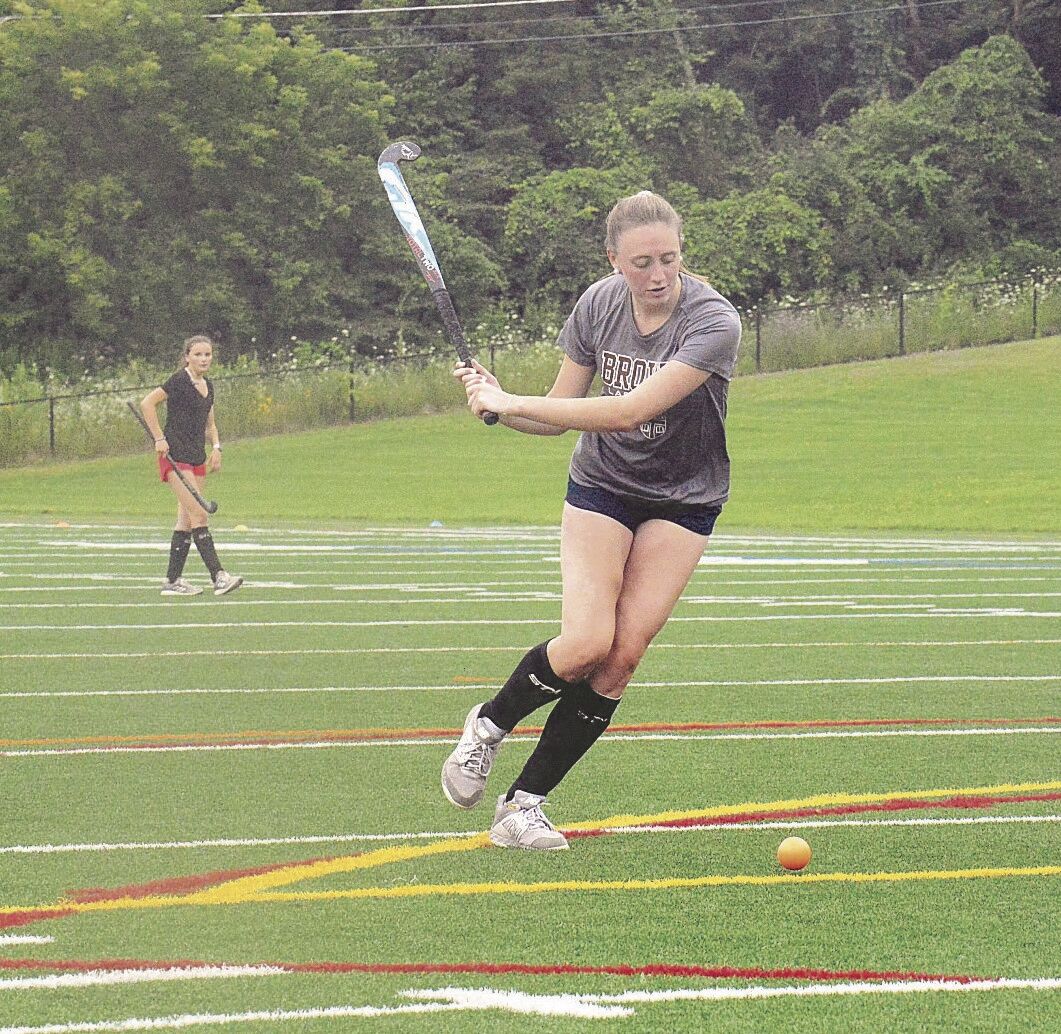 A camper prepares to fire a shot during BBA's field hockey camp on Monday at Taylor Field. 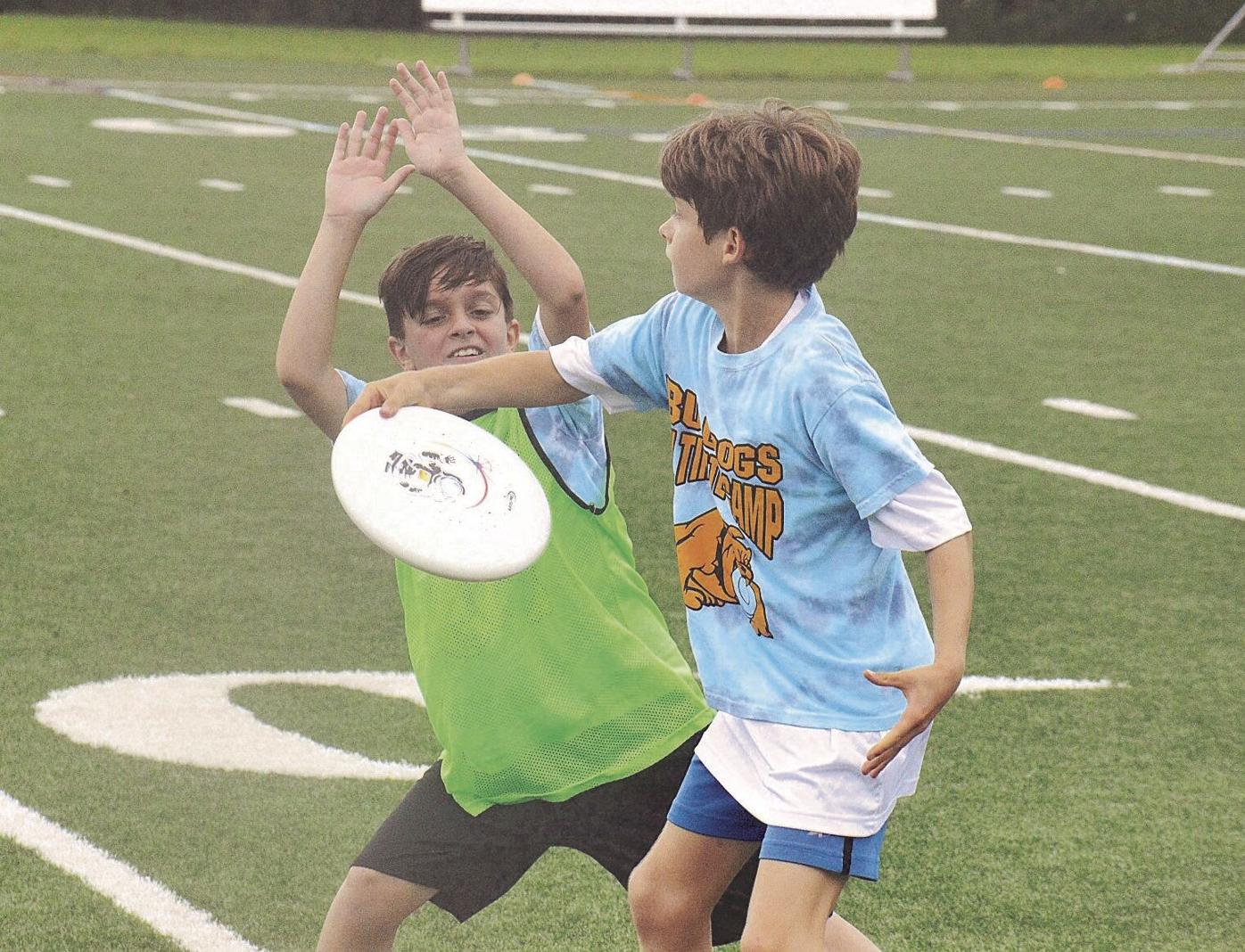 A defender hovers over a thrower during camp on Monday. 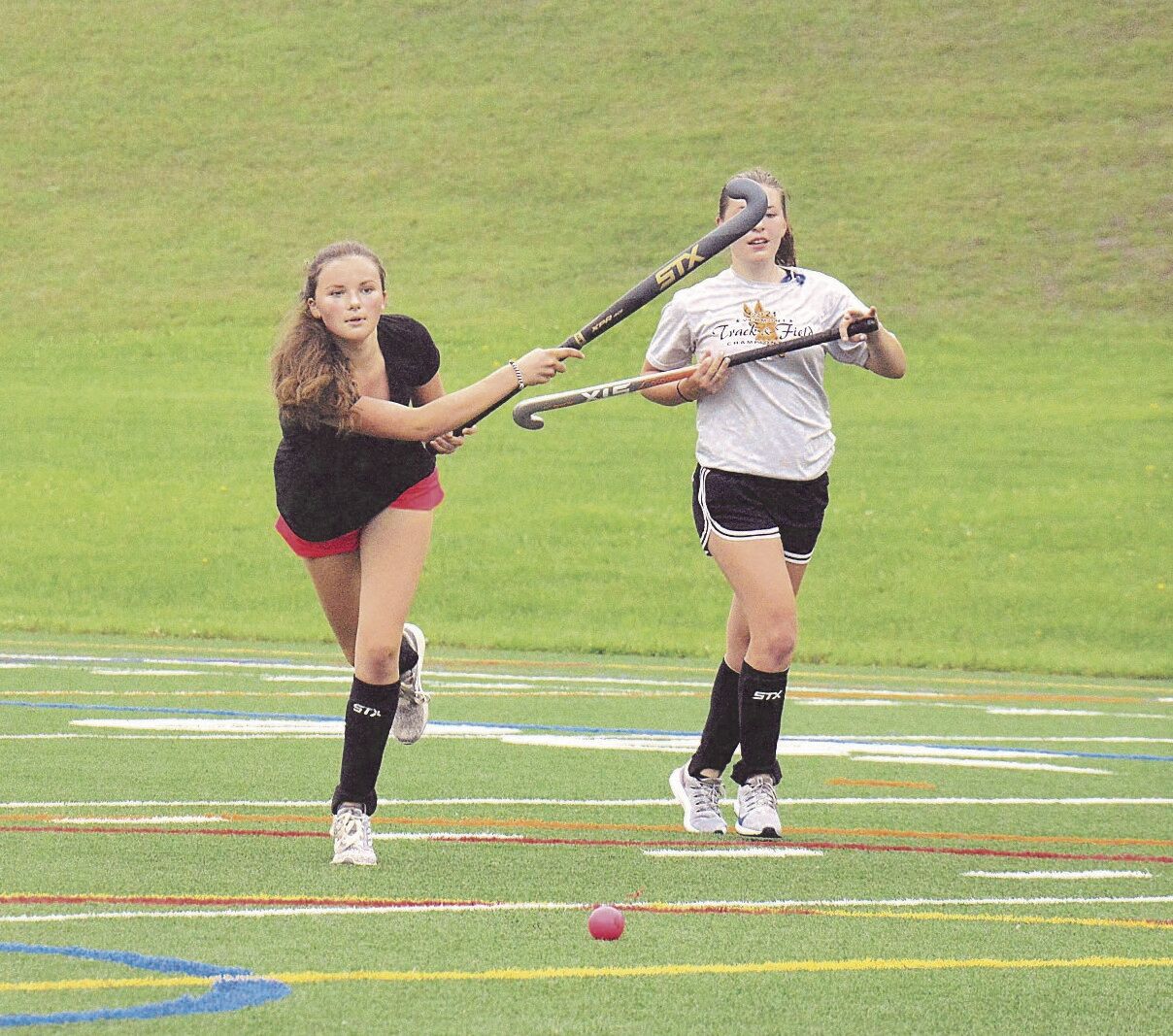 A camp participant follows through on her pass during a drill at BBA’s field hockey summer camp on Monday. 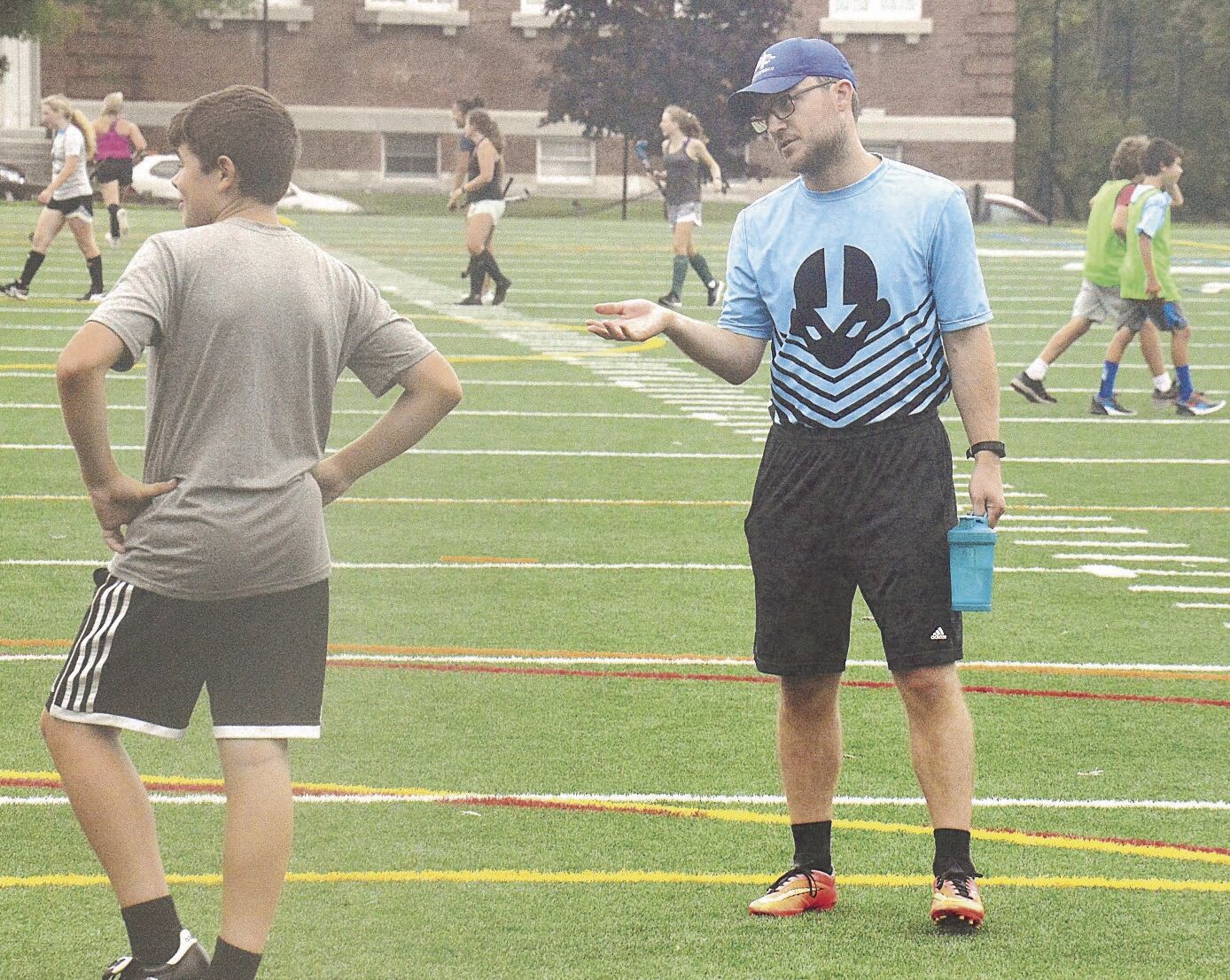 Burr and Burton ultimate frisbee campers participate in a drill on Monday at Taylor Field.

A camper prepares to fire a shot during BBA's field hockey camp on Monday at Taylor Field.

A defender hovers over a thrower during camp on Monday.

A camp participant follows through on her pass during a drill at BBA’s field hockey summer camp on Monday.

MANCHESTER — Even in the offseason, Taylor Field remains busy. The Burr and Burton ultimate frisbee camp and BBA field hockey camp both kicked off their week-long, four hour daily sessions on Monday.

The camp’s objectives are to teach interested athletes the fundamentals of the game, improve on individual skills and have fun. Camp begins at 8:30 a.m. and runs until 12:30 p.m. The two camps are sharing the field all week as they get in some offseason work in their respective sports.

It is the first year for the ultimate frisbee camp, which is directed by BBA ultimate coach Tom Von Allmen. The BBA coach believes the camp, which features 20 kids in grades six through nine, is a great opportunity to grow interest in the sport.

He called the amount of campers in the first year “incredible” as there aren’t a lot of organized ultimate opportunities in Southern Vermont at that age level.

BBA’s field hockey camp had around a dozen players on Monday aging from grades 9-12.

The Bulldogs are coming off a strong 8-2 season in Division II, making it all the way to the championship game before falling to champion Mount Abraham 2-1 in penalty strokes.

Cabut Johnson “has been playing field hockey through the “Sporting Club” in Argentina since she was 12 years old. She has been a player, a coach, and an official,” according to Burr and Burton’s website. “Lucrecia is the oldest of six children who are all involved in the sport. Two of her sisters play at highly competitive levels; one in Argentina, the other in Spain and Italy. Lucrecia loves the fast pace and physical demands of the sport and that it teaches young boys and girls about being part of a team as they learn and gain respect, strength, commitment, and reliance, all values she learned by playing field hockey and now wants to pass on to future generations.”

Each camp will wrap up on Friday afternoon.