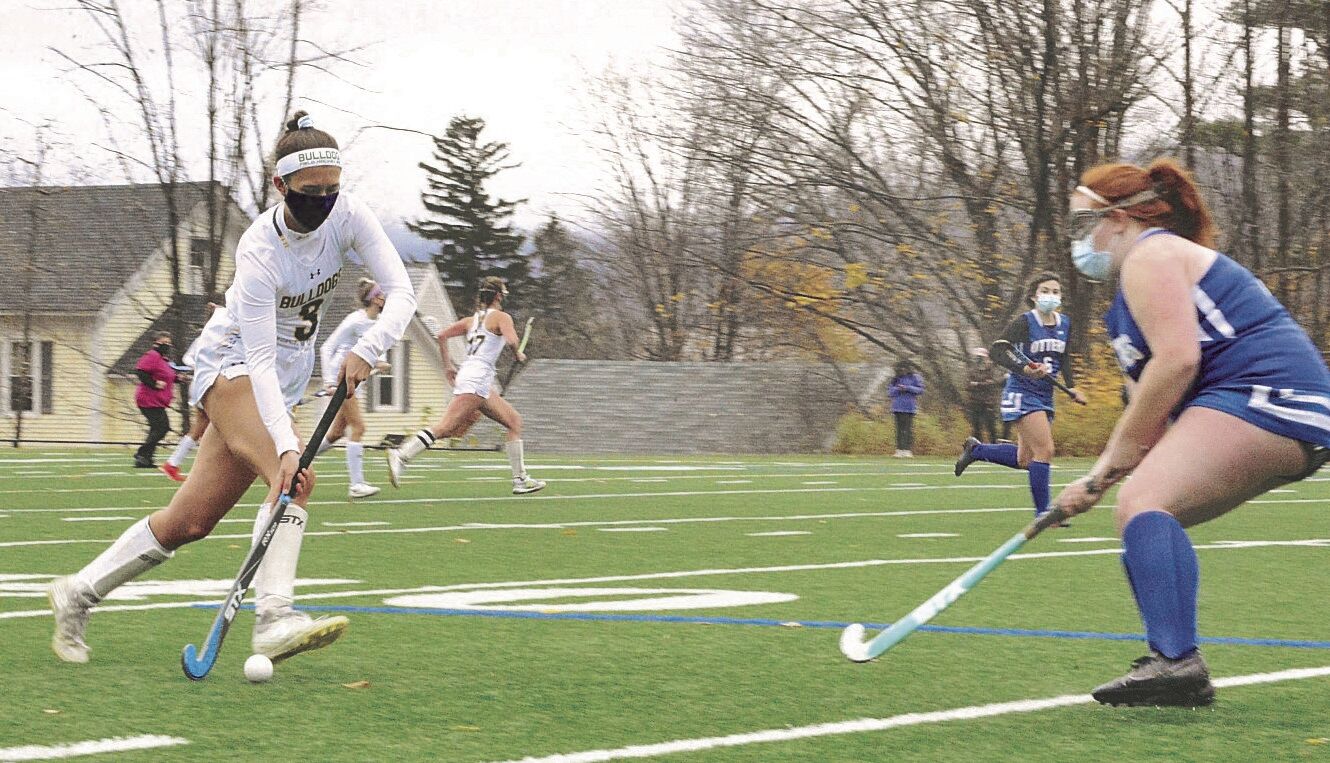 BBA's Emma Hall advances up the field during the Bulldogs quarterfinal matchup with Otter Valley on Monday. 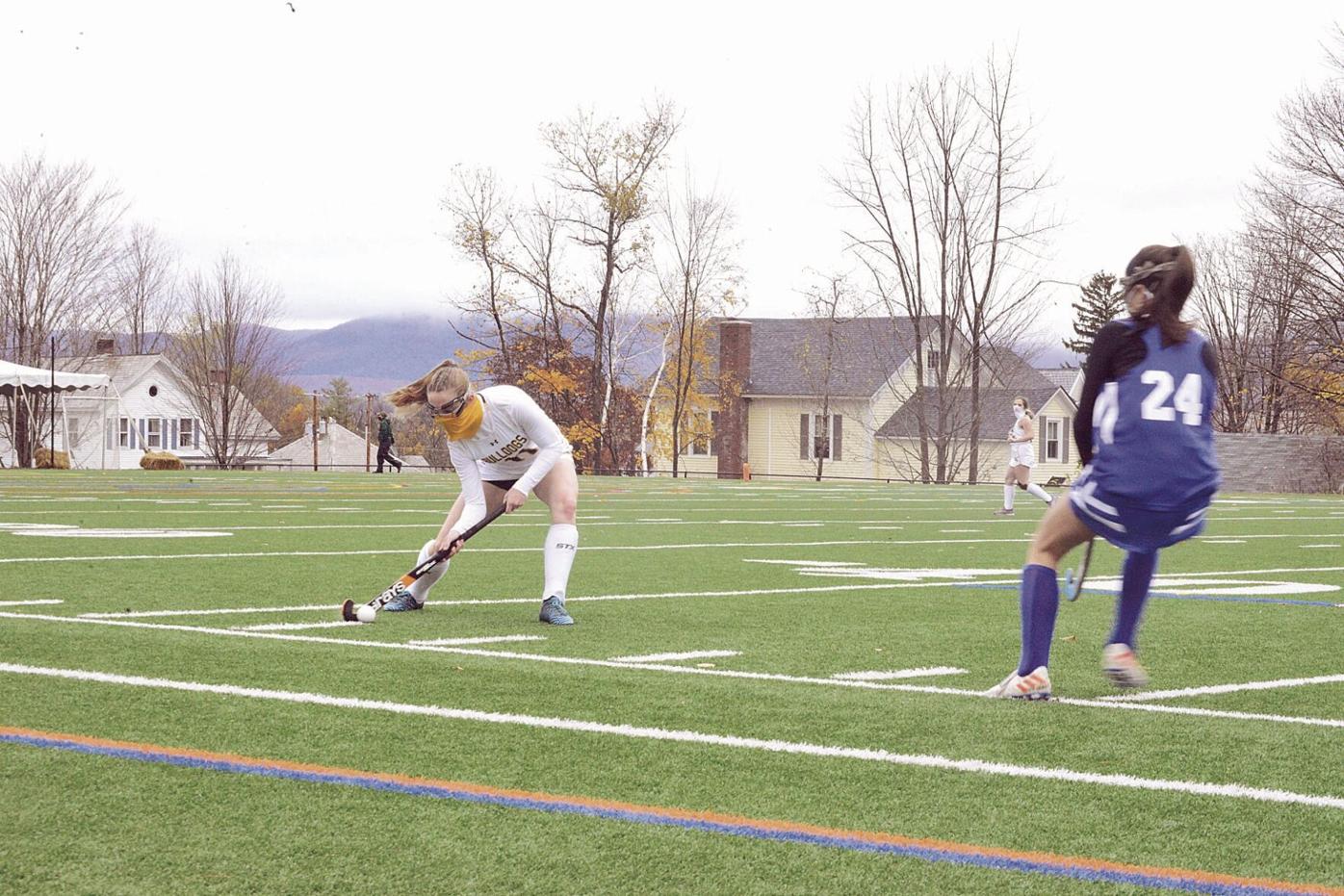 Samantha Stevenson sets for a pass during the first half of BBA's 4-0 win over Otter Valley on Monday.

BBA's Emma Hall advances up the field during the Bulldogs quarterfinal matchup with Otter Valley on Monday.

Samantha Stevenson sets for a pass during the first half of BBA's 4-0 win over Otter Valley on Monday.

MANCHESTER — Burr and Burton used a strong second half performance to power themselves to a 4-0 victory over Otter Valley in a Division II quarterfinal matchup on Monday afternoon.

All four Bulldog goals came after halftime. No. 2 BBA had plenty of chances in the first half, firing five shots in each quarter, but No. 7 Otter Valley's defense was able to stay strong near the goal.

"We just talked about ]needing to play our game," Miceli said. "Be patient, keep passing and to be smart about getting the shots on goal."

The message was received by BBA, as they continued to play aggressive in the second half, putting pressure on Otter Valley's defense.

BBA finally broke free with their first score with 10 minutes and 33 seconds left in the third quarter. BBA was awarded three consecutive corners early in the third. Otter Valley was able to stifle the first two. On the third, BBA's Efremia Geralis found herself in good position in front of the goal to control a rebound and hit the ball out of the air and past Otter Valley's goalie, giving the Bulldogs a lead they would not relinquish.

The score seemed to give BBA a confidence boost, as they scored again less than two minutes later. With 8:42 to play in the third quarter Arden Wojtach fired one past the goalie, doubling BBA's lead to 2-0.

One of Otter Valley's best opportunities at a score came midway through the second quarter, when they were awarded back-to-back corners.

BBA's Sam Stevenson stepped up big defensively on both chances, knocking the ball away from an Otter Valley player near the goal and keeping the visitors off the scoreboard.

Abby Farrington led a nice pass to teammate Emma Hall, who drilled a shot into the back of the goal, increasing the BBA lead to 3-0 with 4:02 left in the fourth quarter. Farrington looked like she had a goal herself a minute prior, firing a set shot off a corner, but the goal was waived off because of a BBA penalty.

Hannah Callen and Mac Thuermer combined for the shutout in goal. Both goalies displayed good instincts in the first half with a pair of kick saves.

Geralis found Maggie Crabtree near the goal with under 30 seconds to play, and Crabtree scored BBA's final goal of the contest.