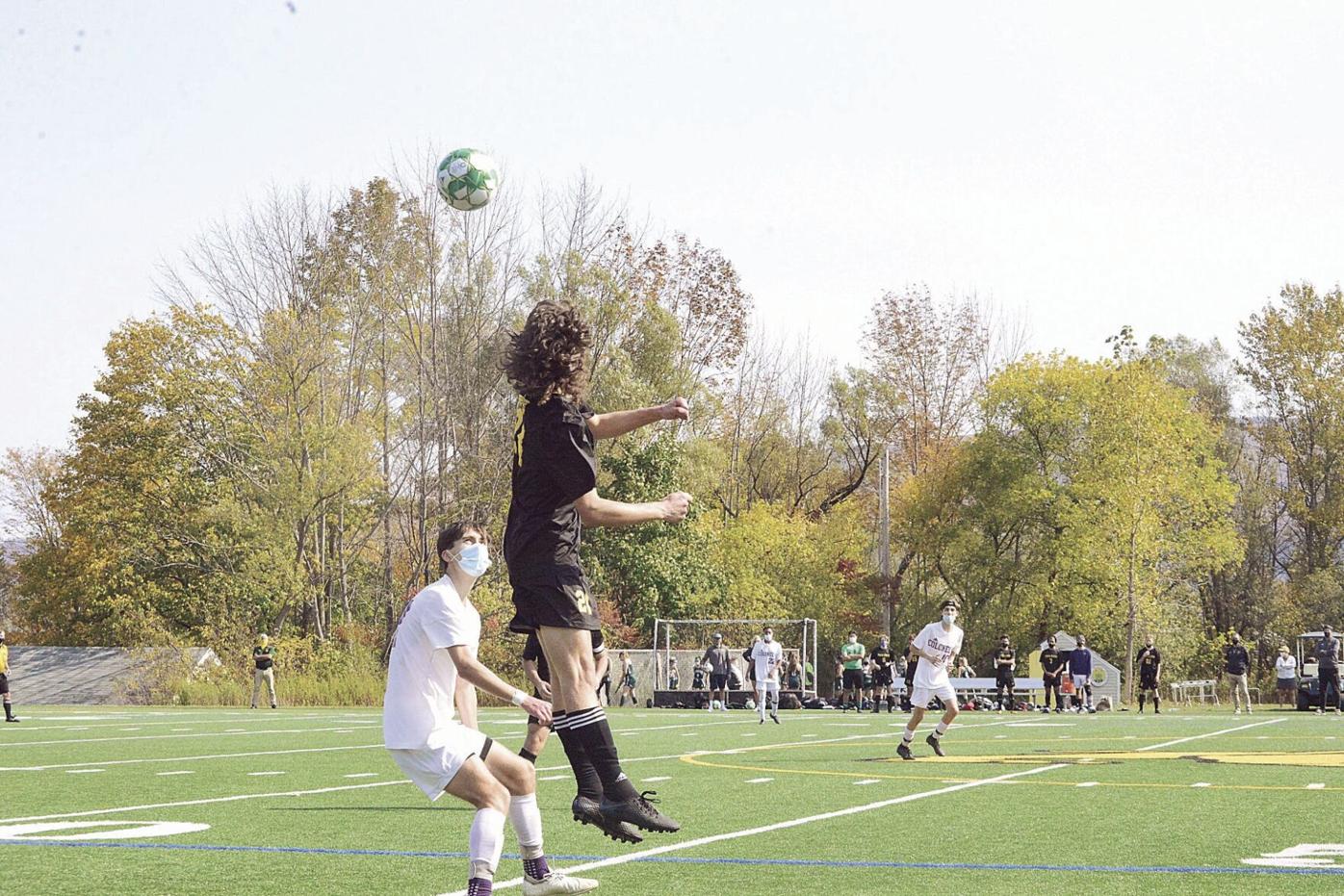 BBA’s Nicky Miceli goes up for a header in the second half of the Bulldogs 2-0 win on Saturday. 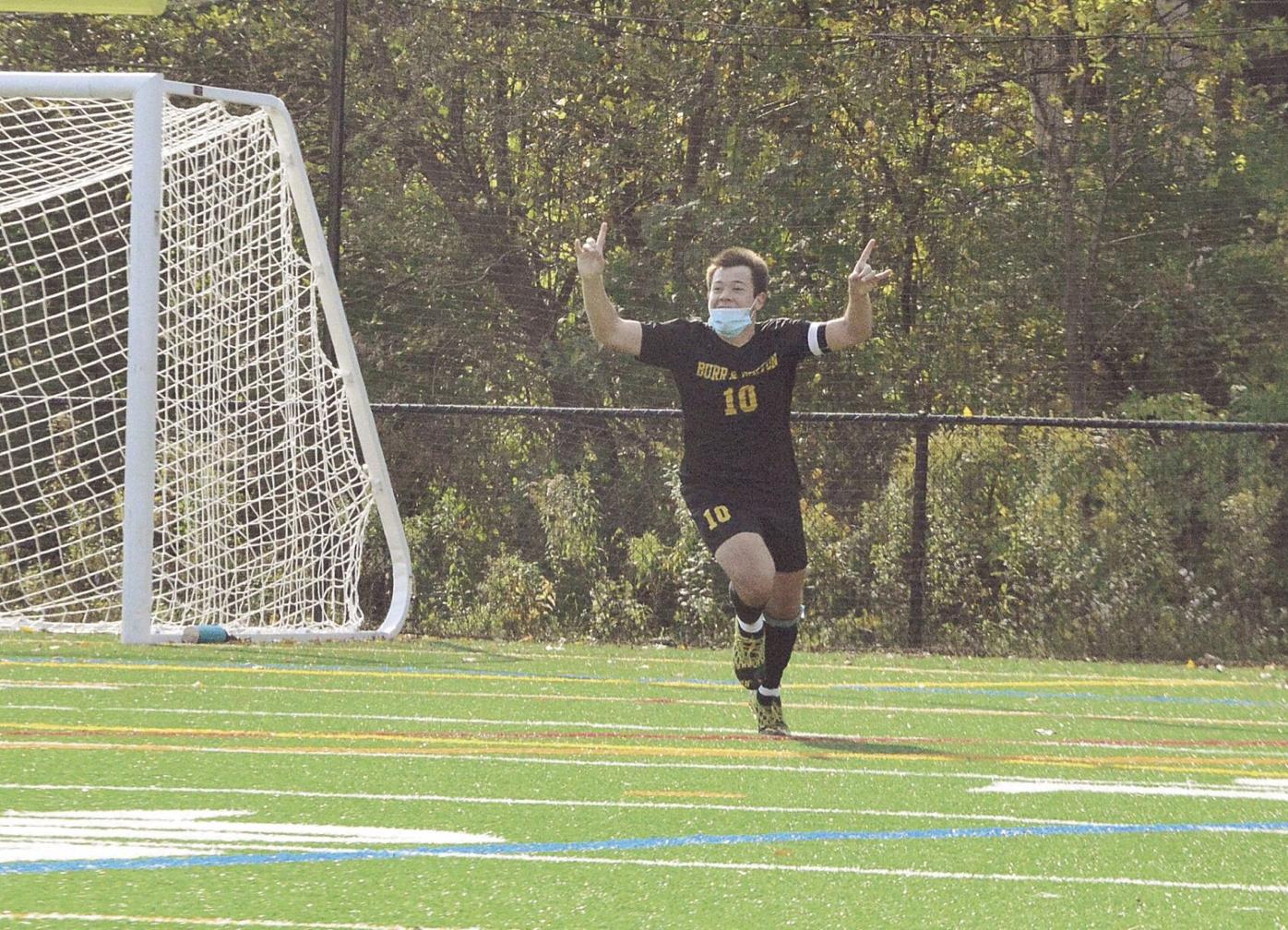 BBA’s Jayden Bloom celebrates after his first half goal against Brattleboro.

BBA’s Nicky Miceli goes up for a header in the second half of the Bulldogs 2-0 win on Saturday.

BBA’s Jayden Bloom celebrates after his first half goal against Brattleboro.

MANCHESTER — In a battle of unbeaten Division I boys soccer teams on Saturday, Burr and Burton came away with a 2-0 win over Brattleboro.

Jayden Bloom continued his strong start to the season, finding the back of the net 13 minutes into the contest.

Brattleboro controlled the ball much of the opening 10 minutes of play off strong dribbling moves from the Colonel midfielders.

Bloom was able to gain control from a long pass from his teammate, beat out a Brattleboro defender in a foot race for the ball, and snuck the ball past the goalkeeper. Just like that, momentum shifted in favor of the home team.

BBA’s second score came off a beautiful pass from the left corner to Maximo Hasaj in front of the goal. Hasaj controlled the ball in a cluster in front of the net and converted the score early in the second half.

Brattleboro put pressure on the Bulldogs defense in the closing minute of the first half. With the clock winding down, Brattleboro was quickly able to get a kick off from the corner with about 10 seconds left in the half.

BBA goalie Emmett Edwards made a nice save with three seconds left, and fell on the ball until the clock reached zero.

On paper, Brattleboro was the toughest test BBA has faced off against so far this year, as the Colonel’s were a perfect 4-0-0 heading into the Saturday matchup.

Zilkha believes that no matter who they’re facing, the toughest test is always the next game.

“I think they’re all a test because this season is so short,” said Zilkha.

The 4-0-1 Bulldogs will have to wait a week until they are tested on the game field again. Their next game is Saturday, at home, versus Rutland.