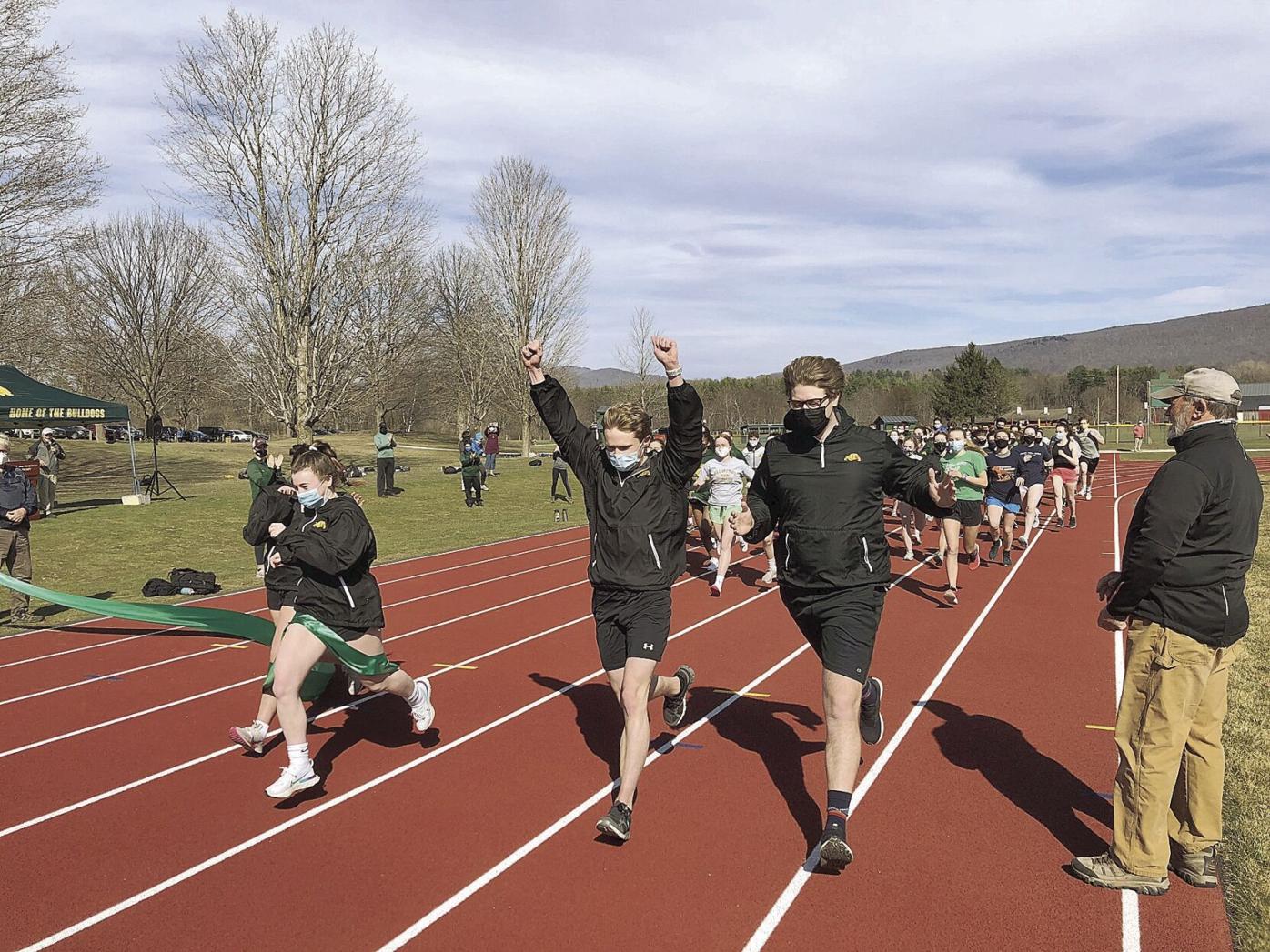 BBA athletes run through the ceremonial green tape as they christen the track at Dana L. Thompson Memorial Park on Monday. 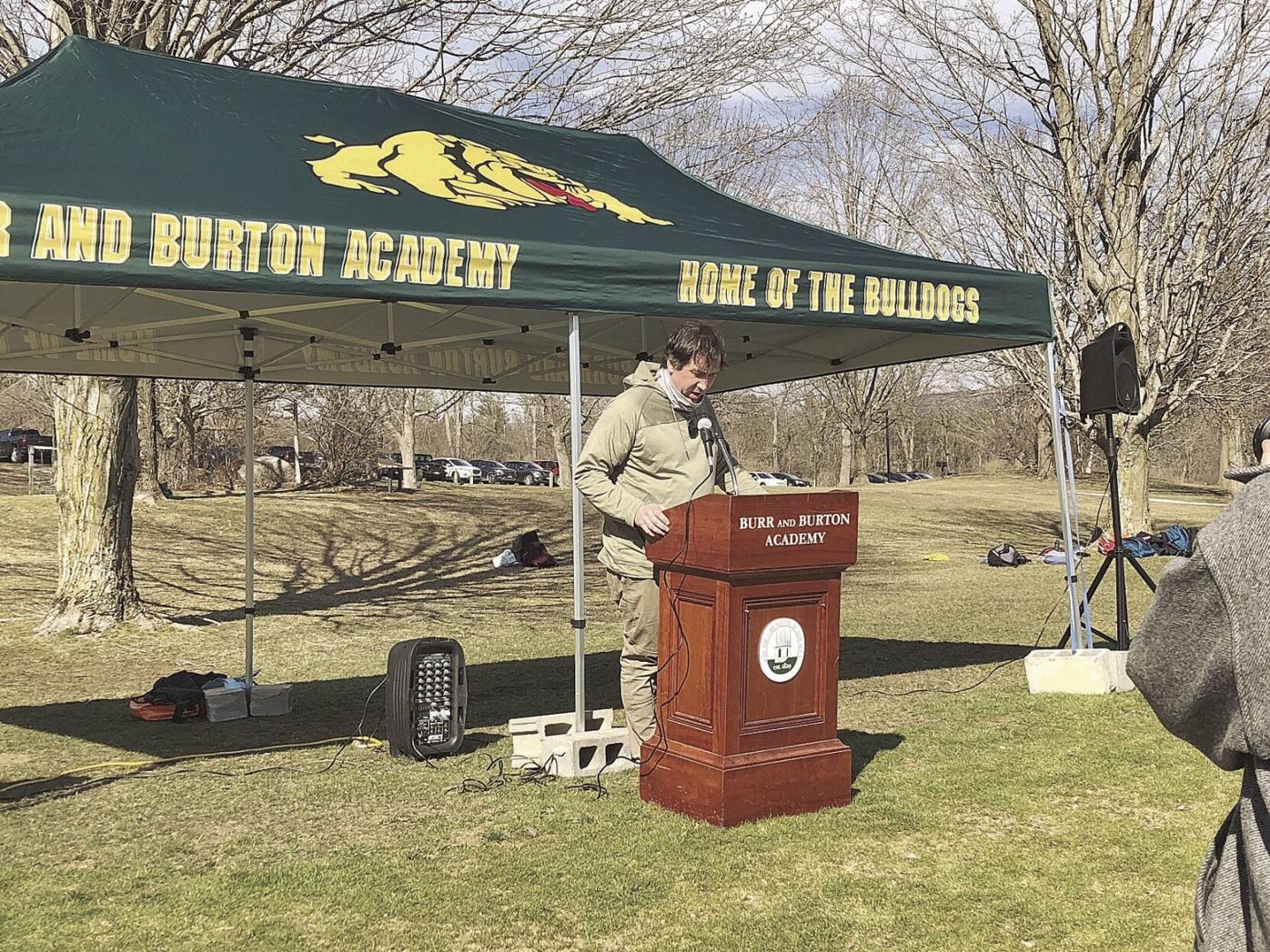 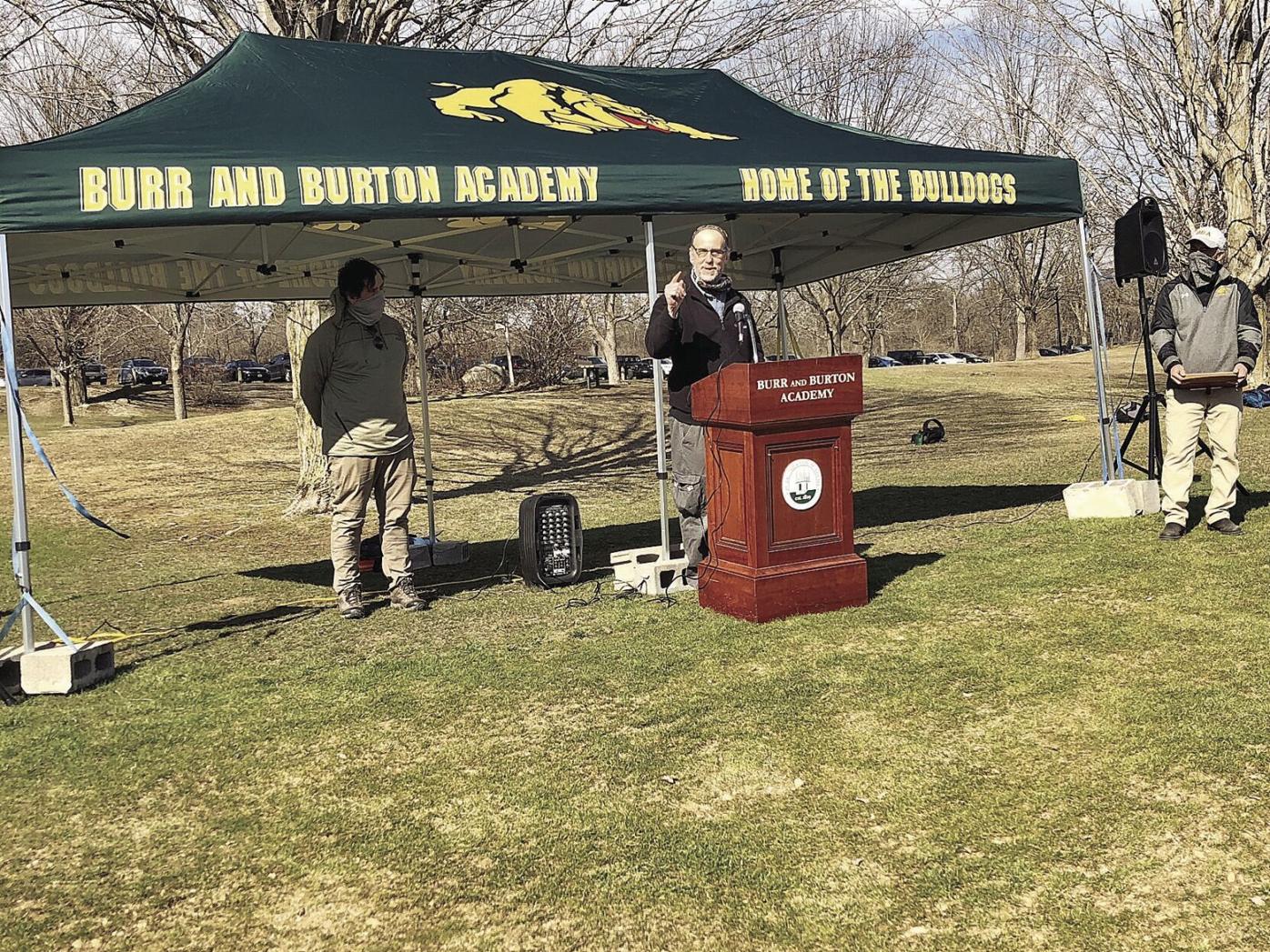 BBA athletes run through the ceremonial green tape as they christen the track at Dana L. Thompson Memorial Park on Monday.

MANCHESTER — A ceremony at Dana L. Thompson Memorial Park on Monday officially welcomed a new track that Burr and Burton track and field will use for its home meets as well as practices.

After last year’s season was canceled because of the coronavirus, the Bulldogs finally have a facility to call their own where athletes can work on their craft.

The Vermont spring sports season officially began on Monday, and prior to BBA’s first practice Manchester town manager John O’Keefe offered some advice to BBA athletes as they prepare for the season.

“Savor your wins, as well as your losses, defeat is a bitter terrible taste, but it’s how we improve and ultimately reach our goals,” O’Keefe said. “When you come in second place, thank the person that came in first place. It’s hard to accept, but they made you better. They made you work harder. They’re not your opponent, but your motivation. They inspire you to redefine the possible for yourself and for all of us. Best of luck this season, we’ll all be rooting for you at the finish line.”

Before any Bulldog runners stepped on the track, Rabbi Michael Cohen blessed the track with the following quote from Olympian Vincent E. Matthews.

With former and current BBA personnel, town select board members and others in attendance, BBA athletes christened the track with a 100m sprint, running through green ceremonial tape at the finish line, kicking off the 2021 season in style.

The Bulldogs are scheduled to host their first home meet on April 17 against Mount Anthony.