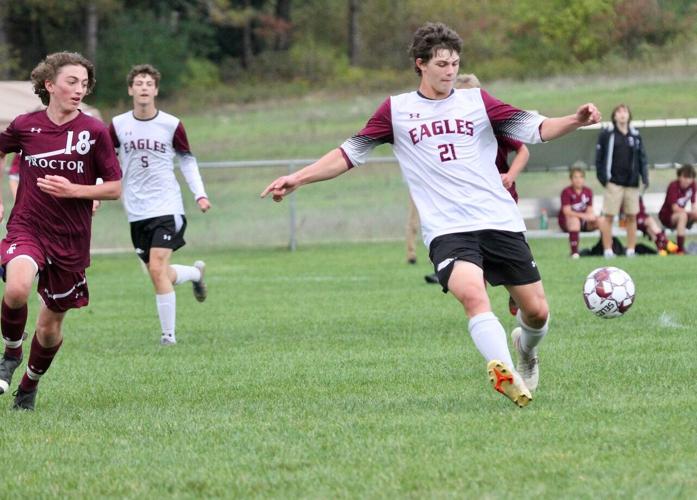 Arlington's Hunter McDermott lines up a kick during Tuesday's win at Proctor. 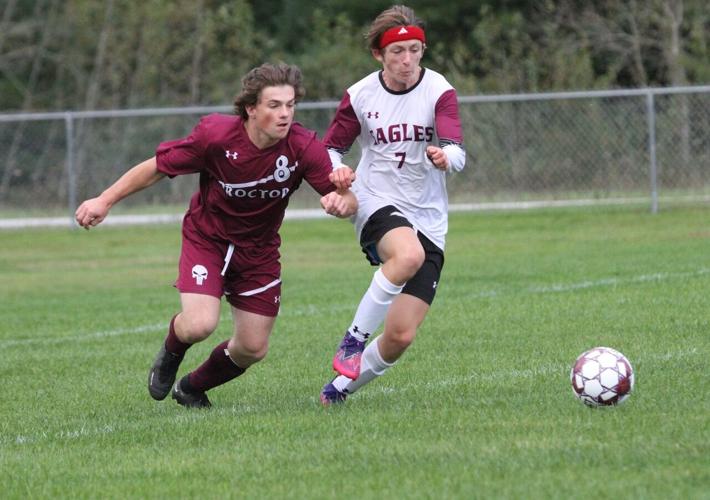 Brooks Enzensperger (right, #7) and a Proctor player battle for position. 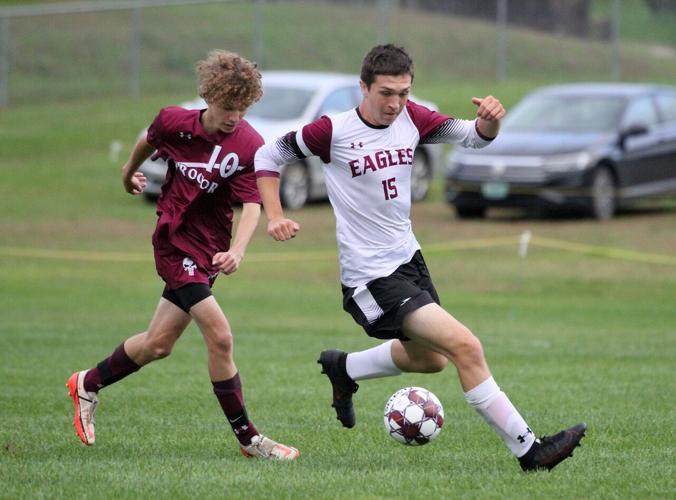 Arlington's Hunter McDermott lines up a kick during Tuesday's win at Proctor.

Brooks Enzensperger (right, #7) and a Proctor player battle for position.

Enzensperger added another score in the second half and assisted on two more Arlington goals.

McDermott also scored twice and added the one assist. Joe McCray finished the game with three points, scoring twice and assisting on one more goal.

Christopher Whalen and Cooper Jennings each scored one goal to round out the scoring for Arlington. Kyle Hess also factored into the win, with two assists.

Andy Petry grabbed the win in the net, making one save.