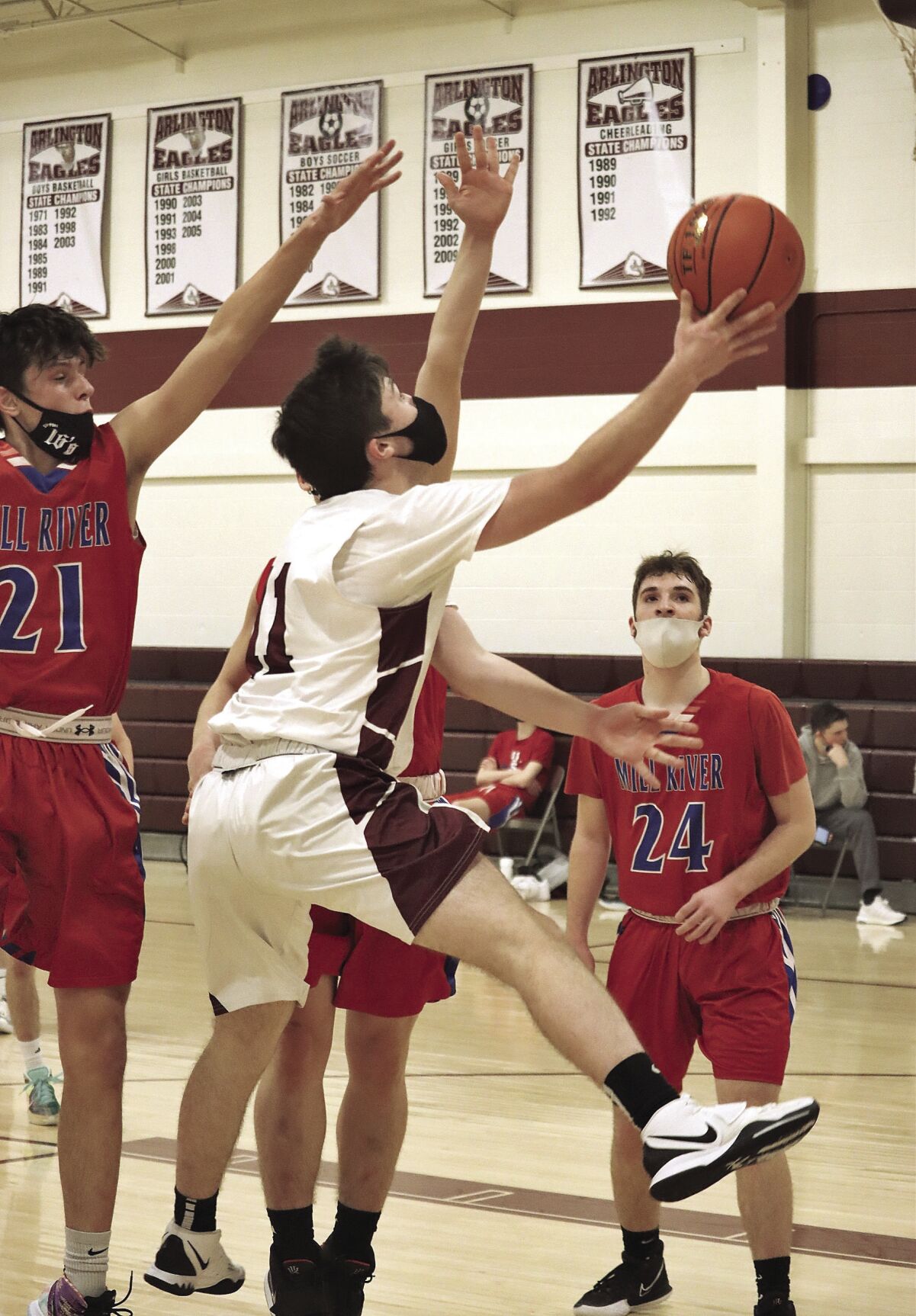 Arlington's Noah Diedrich flies up for a layup during Monday night's win over Mill River. 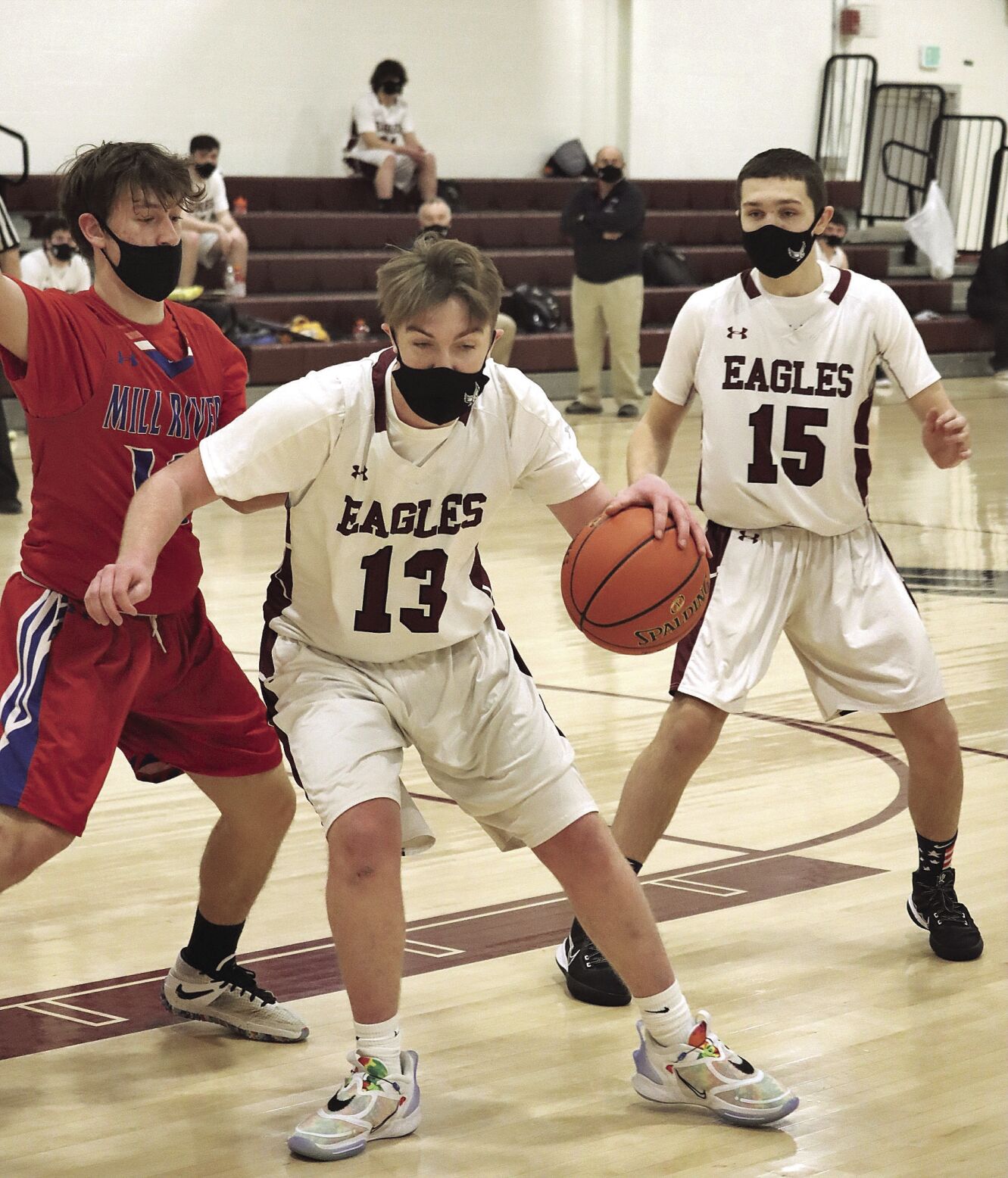 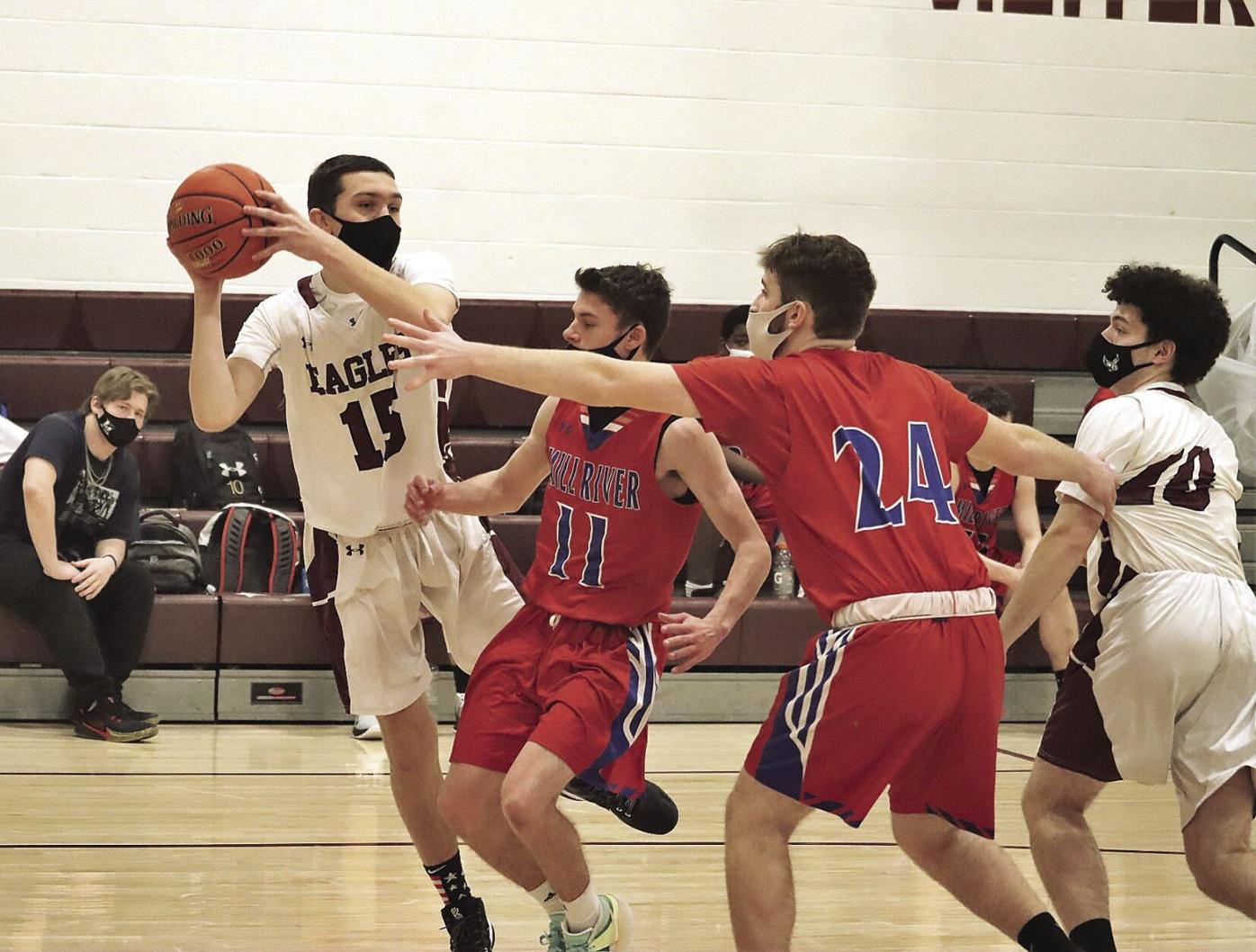 Cooper Jennings passes to a teammate during Monday night's win over Mill River.

Arlington's Noah Diedrich flies up for a layup during Monday night's win over Mill River.

Cooper Jennings passes to a teammate during Monday night's win over Mill River.

ARLINGTON - The Eagles brought the energy from the tip in their home victory over Mill River on Monday night, securing a 44-30 win over the Division II opponent.

The tone was set in the opening possessions. After Mill River controlled the jump ball, Arlington forced a steal and scored in transition.

On the following defensive possession, Mill River attacked the middle of the paint. Griff Briggs slid in, took the charge and the entire Arlington bench erupted in cheer.

For a moment, it almost felt like there were fans in the Eagles’ Nest.

Arlington kept it rolling, taking a 26-13 lead at the half. The Eagles’ defense stifled Mill River to just four points the entire second quarter.

Arlington would lead for double digits for the remainder of the contest.

“It's good to see it transition to the floor,” Lacoste said. “We've been obviously preaching defense, defense defense. And I think it's showing, I think there's still some room for improvement. But yeah, the energy was incredible (tonight).”

Mill River made a push in the final minutes, closing the deficit to 12 at one point late in the fourth quarter, but the Eagles extended the length of their possessions late, draining the clock.

Briggs brought the ball up for Arlington, a change from its season opener, and the offense ran efficiently through the playmaker.

Briggs tossed an alley-oop in transition from half court to a diving Taylor Therriault, who banked home the lay-up midway through the second quarter.

"That's what I've been preaching with Taylor, just keep posting up. He's probably one of the stronger kids out there, especially for us. Just keep working for position, and hopefully we can get you the ball.”

Jake Morse had eight points for the Eagles, including a lay-up just before the buzzer to end the second quarter. Joe McCray also scored eight for Arlington, including banking in a 3-pointer with less than a minute to play in the opening quarter.

Arlington improves to 2-0 on the season, and will hit the road to face Poultney on Thursday.