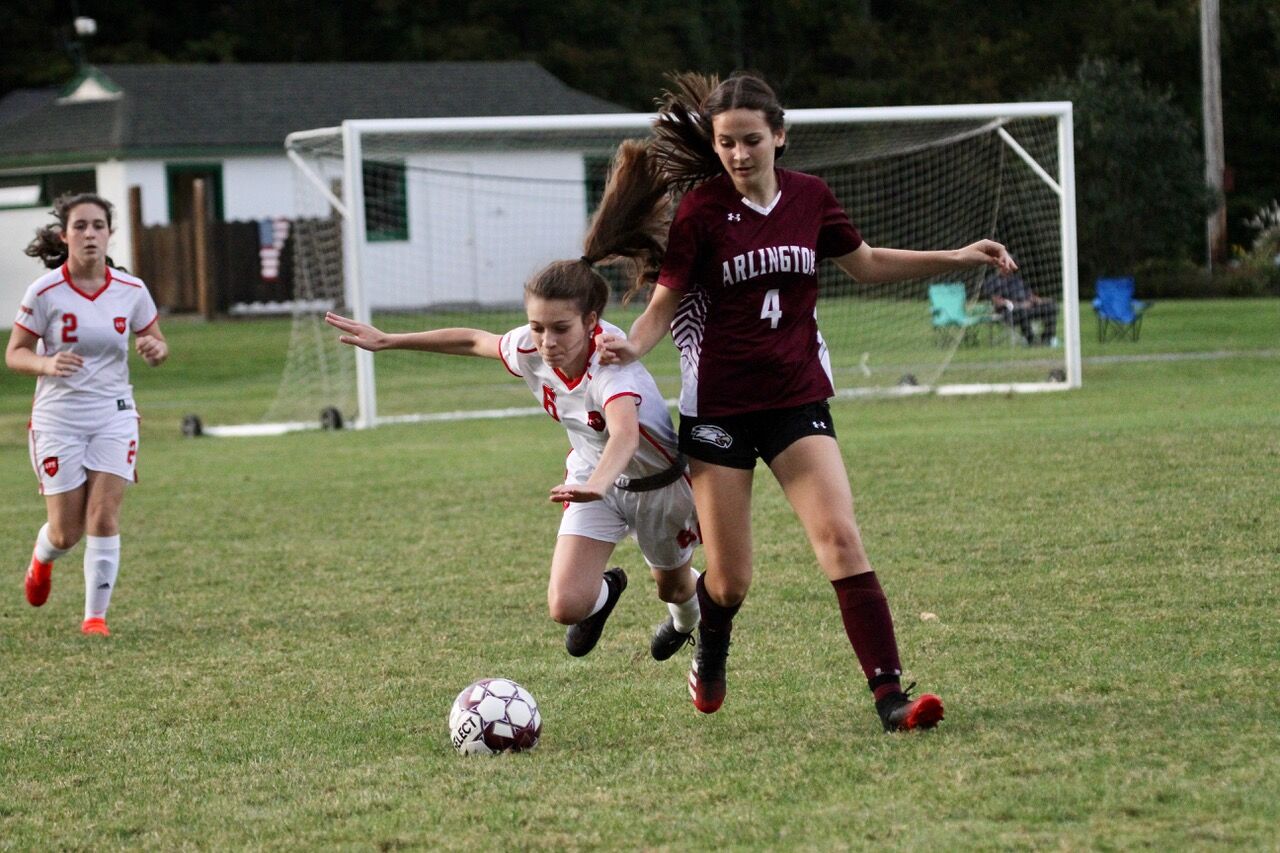 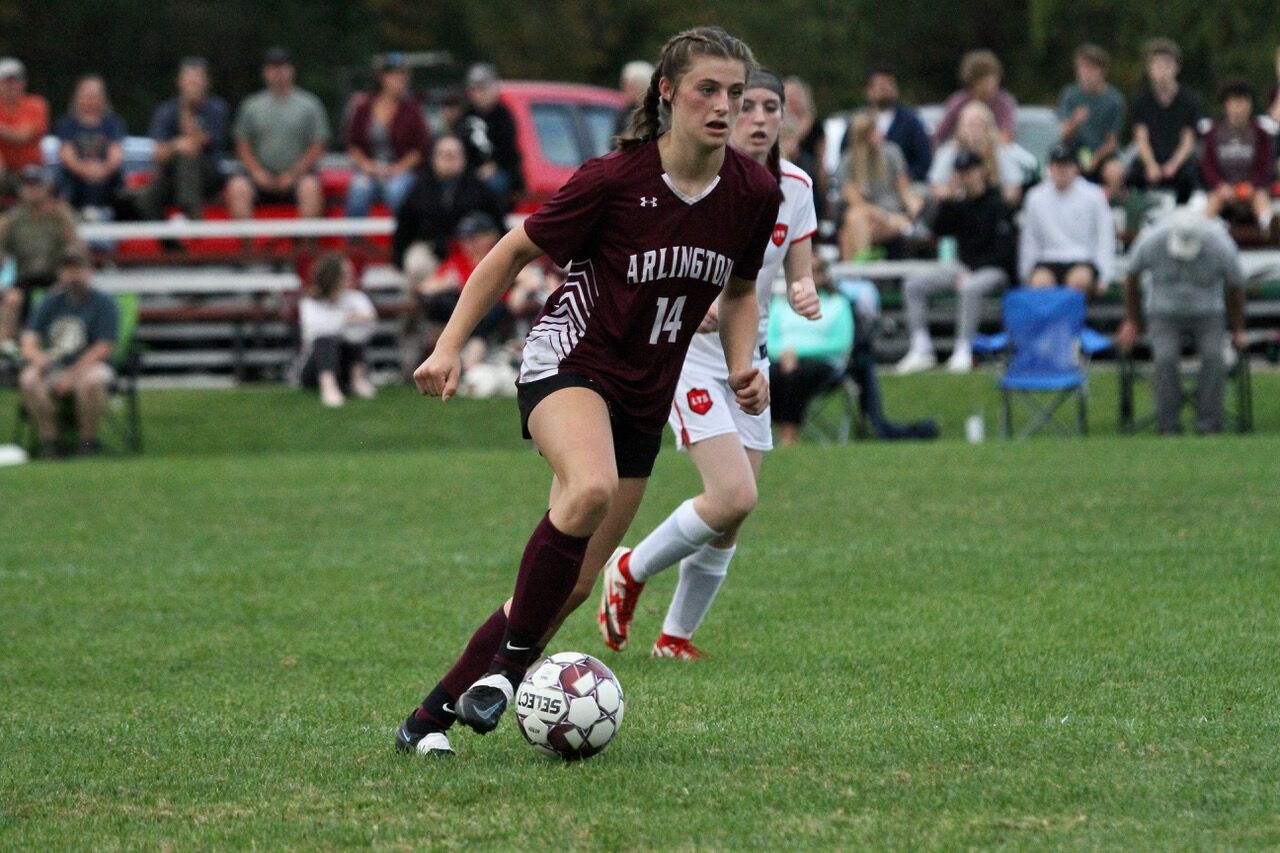 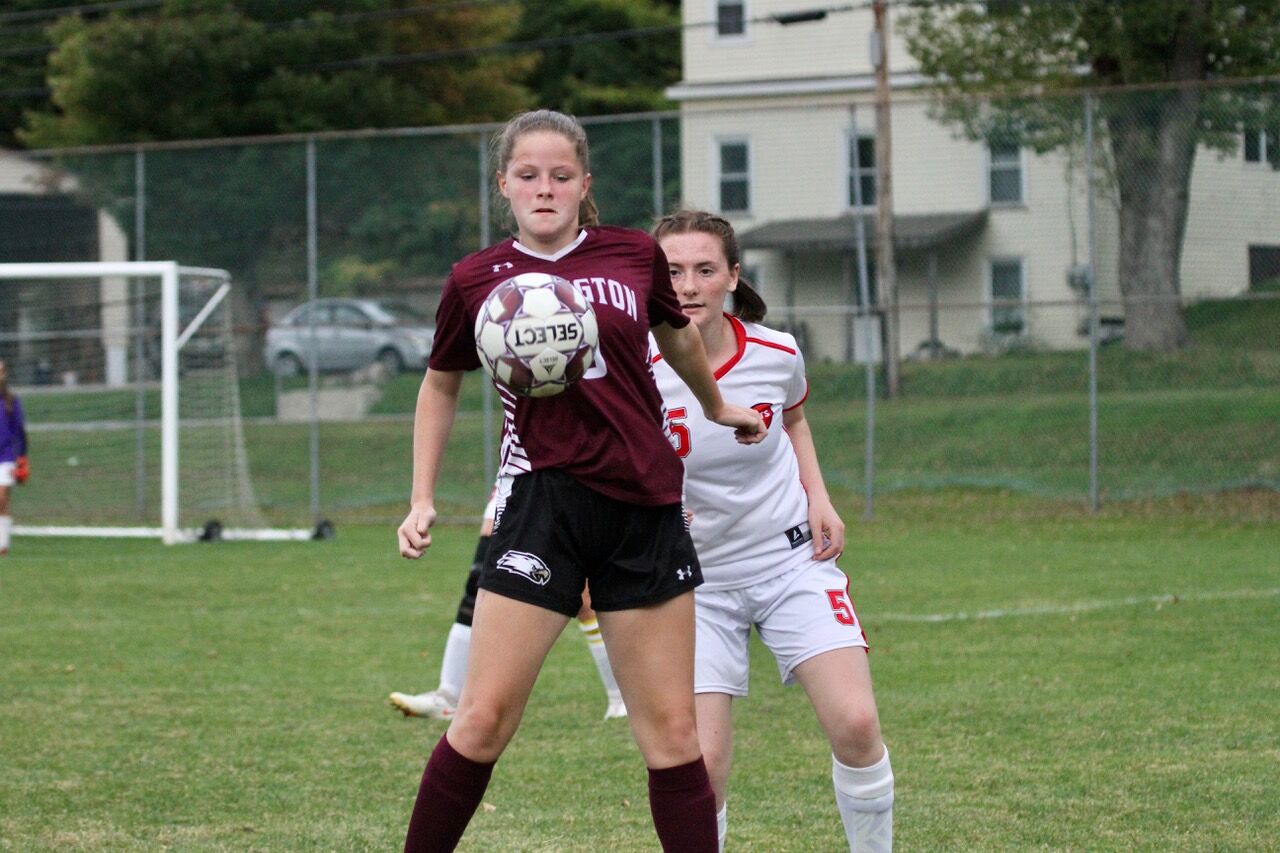 ARLINGTON — The John Werner Tournament has returned after COVID-19 forced the soccer tournament to take a one-year pause in 2020.

Arlington girls soccer showed up in a big way in its hometown tournament on Thursday afternoon, defeating Long Trail 5-0.

Kirk Robinson coached in his first Werner tournament this year. In his second year at the helm of Arlington girls soccer, Robinson talked about the significance the tournament plays around town.

“We weren’t able to do it last year and we were really disappointed to not do it because it’s a big tradition in the community,” Robinson said. “Everybody comes out. We have a lot of volunteers helping us. The community reaches out to each other to root the kids on; ‘‘It’s a really big deal in town.”

The Eagles played like it was a big deal on Thursday. In the consolation round matchup, Robinson started all six of his seniors. That decision paid off quickly.

Emma Hoover, typically a defender for Arlington, played up on Thursday. It only took four minutes for her to make an impact offensively.

A rocket off the foot of Taylor Wilkins, which banged off the far post, found its way to Hoover. The senior controlled the rebound and recorded her first career varsity goal to give the Eagles the 1-0 advantage. That goal would be the difference maker with Arlington shutting out the Mountain Lions. The Eagles were not done scoring, however.

Sydney Herrington added a hat trick. Audrey Robinson had an extraordinary strike from the left side of the field which found the top corner of the net for the other Eagles’ goal.

Arlington took a 2-0 lead into halftime. The lead could have been much larger, had it not been for exceptional play from Long Trail’s keeper, Molly Luikart.

Luikart saved a total of 12 shots in the losing effort.

LTS coach John Schneble is impressed with how Luikart is learning a role that is new to her.

“I think this is her first time playing keeper, and she’s been coming up huge all season,” Schneble said. “She gets better every game we play, and she has kept us in several games.”

Coming up big for Arlington defensively was Lillian Bombria, who found herself around the ball a lot and put a stop to a handful of offensive possessions for the Mountain Lions.

Bombria battled her way through an injury in 2020, and has shown constant improvement on the field according to Robinson.

“Last year she started out with a little bit of an injury and she had to literally limp her way through the season,” he said. “But bit by bit we saw her coming on every single game; you see her take over more and more space, and her confidence is growing.”

Arlington found itself in the consolation match after losing a close battle to Stratton Mountain School on Tuesday. Long Trail lost its opening round matchup to Twin Valley.

SMS and Twin Valley were scheduled to play the tournament final Thursday night, but Twin Valley was forced to forfeit over “unforeseen circumstances” according to the PA announcer at Arlington Rec Park field.