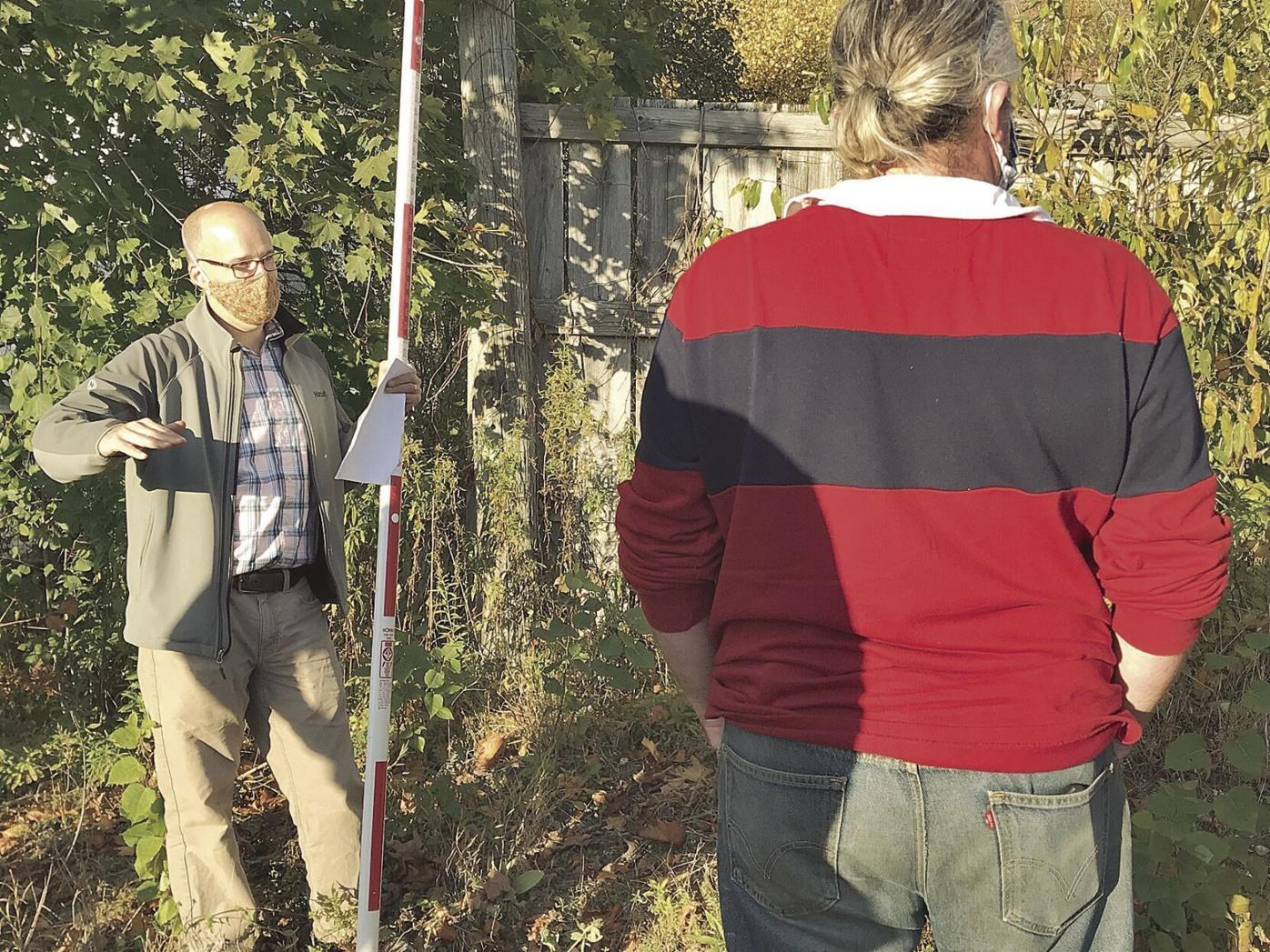 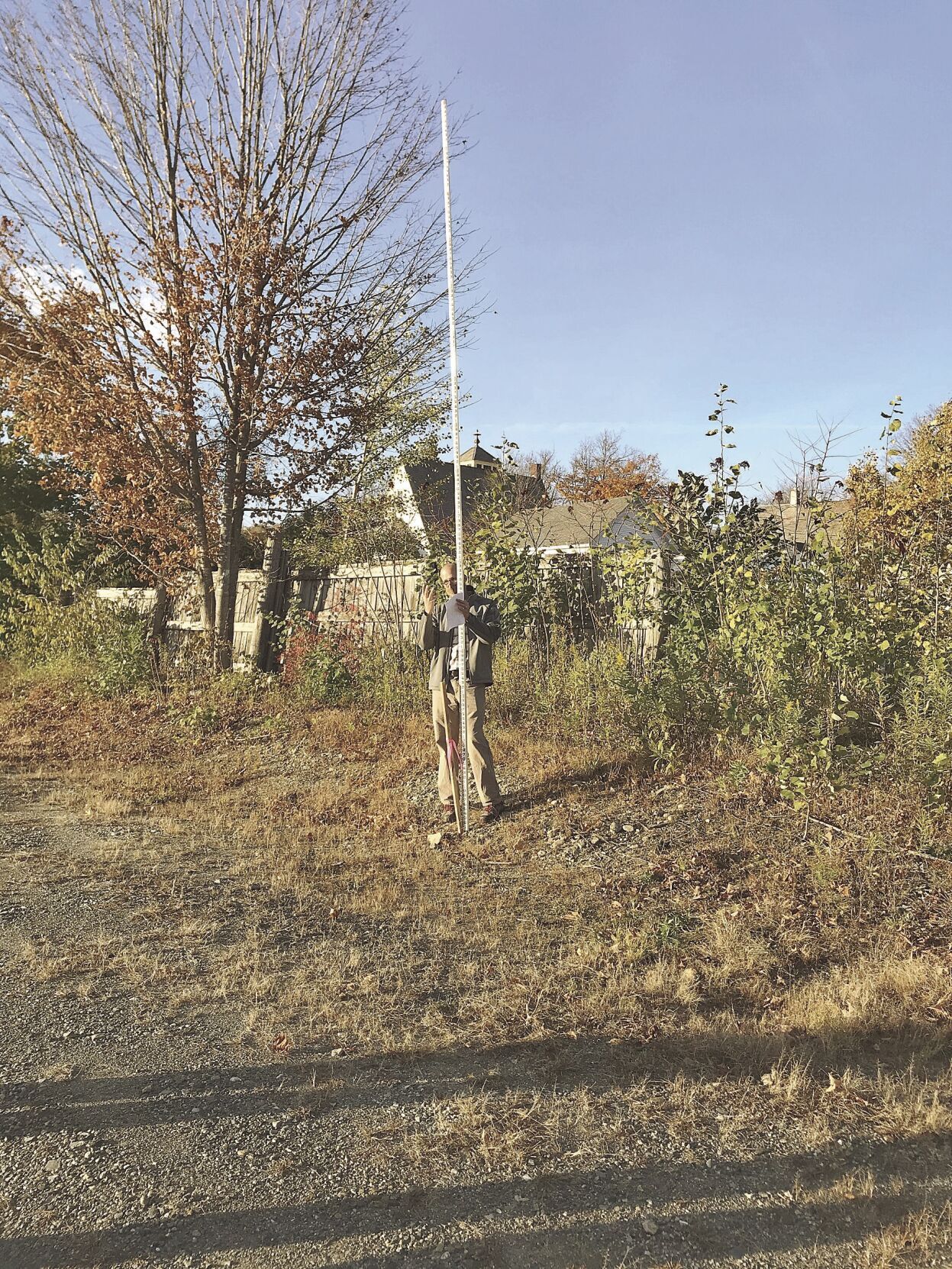 WILMINGTON — To get a better sense of the layout of lighting, landscaping and fencing for the proposed public safety facility, the Development Review Board toured the Beaver Street property with the project team and neighboring building owners who have concerns.

"This is just a site visit," DRB Cheryl LaFlamme said Wednesday before attendees were shown around the land facing the Old School Community Center, where the former town garage once stood.

Stakes were posted on the property, showing where the approximately 16,300-square-foot building is proposed to be constructed.

Brian Lane-Karnas, project engineer, said trees might need to come down but more will be added as part of the landscaping plan. Todd Gareiss, who owns a residential property next to the site, expressed a desire to keep an old maple tree.

Gareiss and Adam Grinold, who also owns a neighboring residential property, both attended the site visit. They had shared concerns with the board about lighting when the hearing began Oct. 5.

Testimony for the hearing is set to continue at 5 p.m. on Monday, Nov. 2. Approval from the DRB and voters will be needed for the project to move forward.

Using what attendees later dubbed a "magic stick," Lane-Karnas showed how high the 16-foot light poles would be. Two are proposed to go up near the abutting properties along with fencing. Five 8-foot light poles are planned to be put on a footpath behind the building.

To protect the rural nature of the community, Patrick Perreault of Engineering Services of Vermont said the brightness of the lights would be about one-third of that recommended by professionals for public safety facilities.

The lights will only illuminate the surfaces they're intended to with no glare, Perreault said, adding that the lighting won't be visible from abutting properties.

To get lights more historic in style would require more lights altogether, Perreault said. The concern was raised by Grinold.

LaFlamme said that zoning for the district doesn't require lighting to be historic. The lighting should be "compatible" with the nearby historic district.

Lane-Karnas said the lighting isn't designed to stand out but to protect the neighbors and dark sky. That mitigation includes the 16-foot poles, which he said would typically be higher at such facilities.

Police Chief Matt Murano said the sally port would remain closed when it's not being used. Its interior is designed to keep lighting from affecting neighbors, according to the plan.

The roof is visible within the community so the project team is trying to keep mechanical equipment inside the building. A sidewalk is proposed for traveling to and from the parking lot and building.