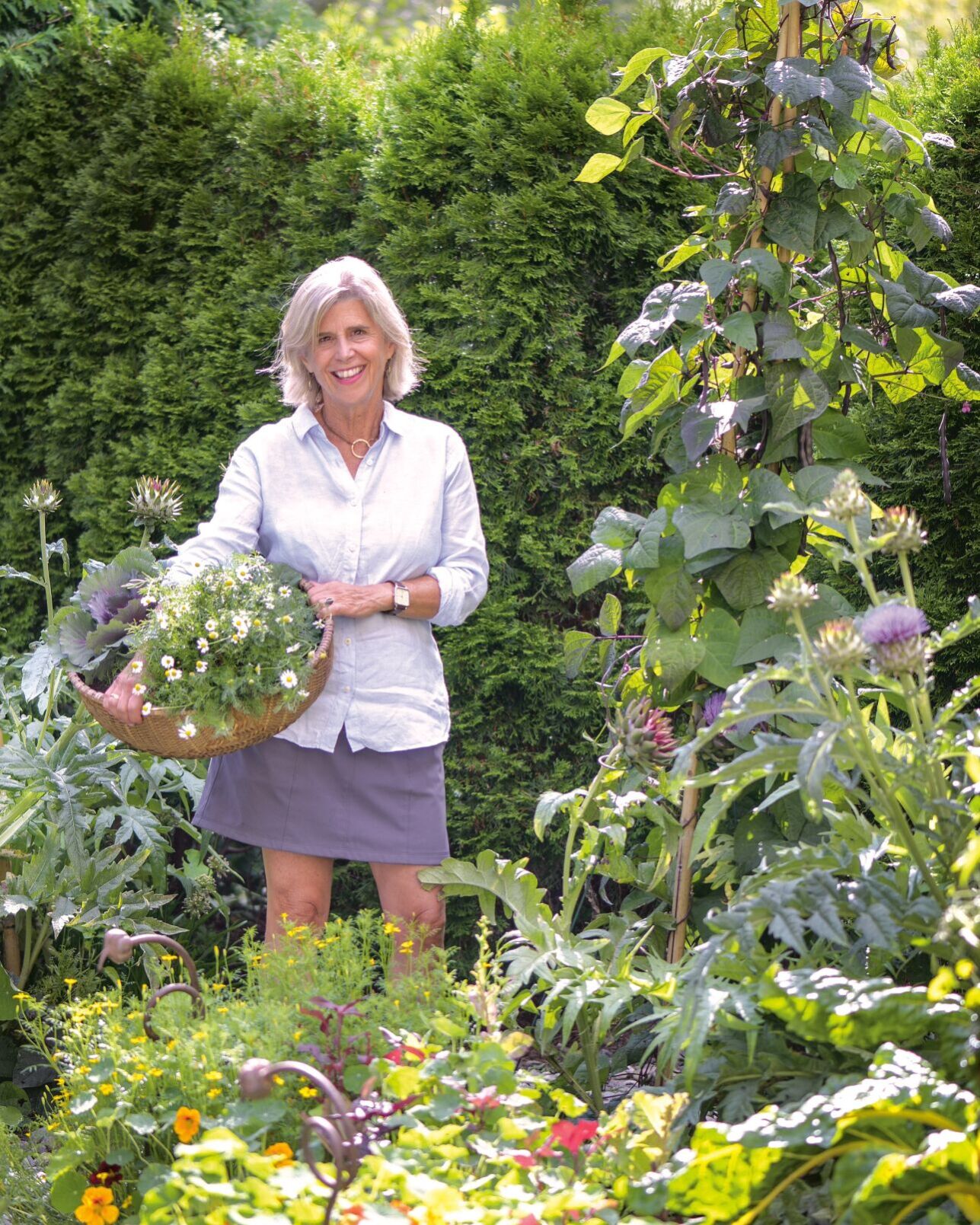 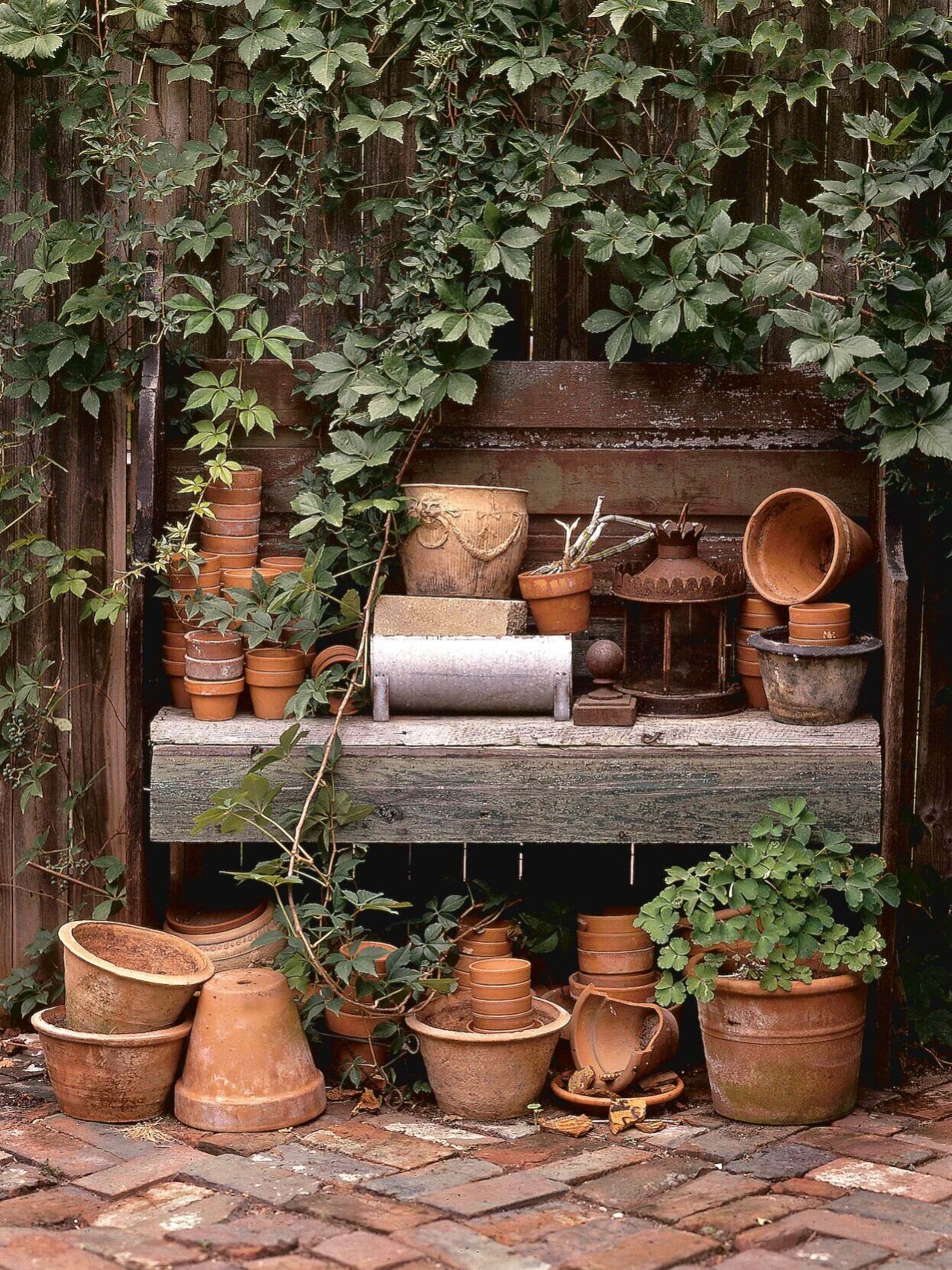 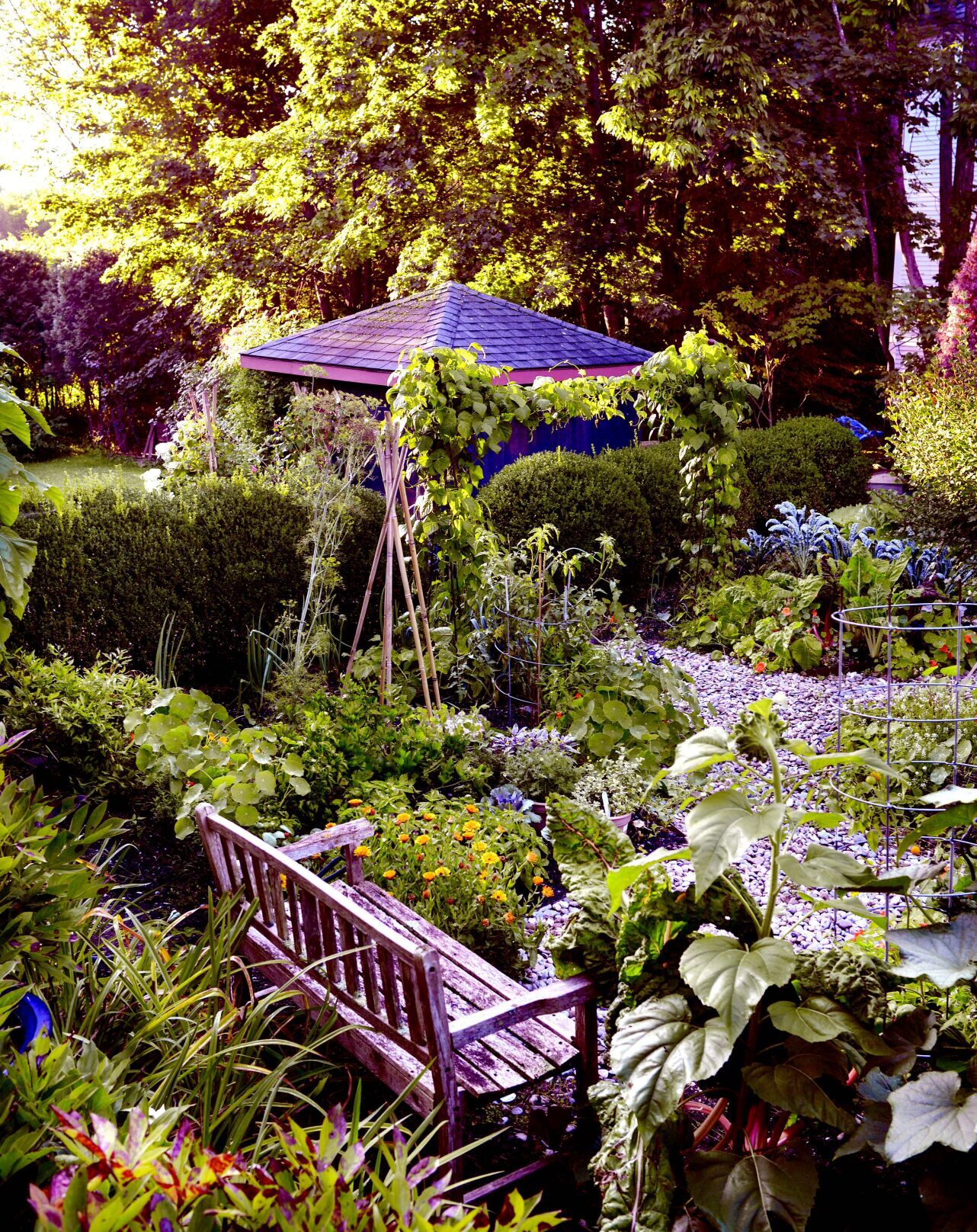 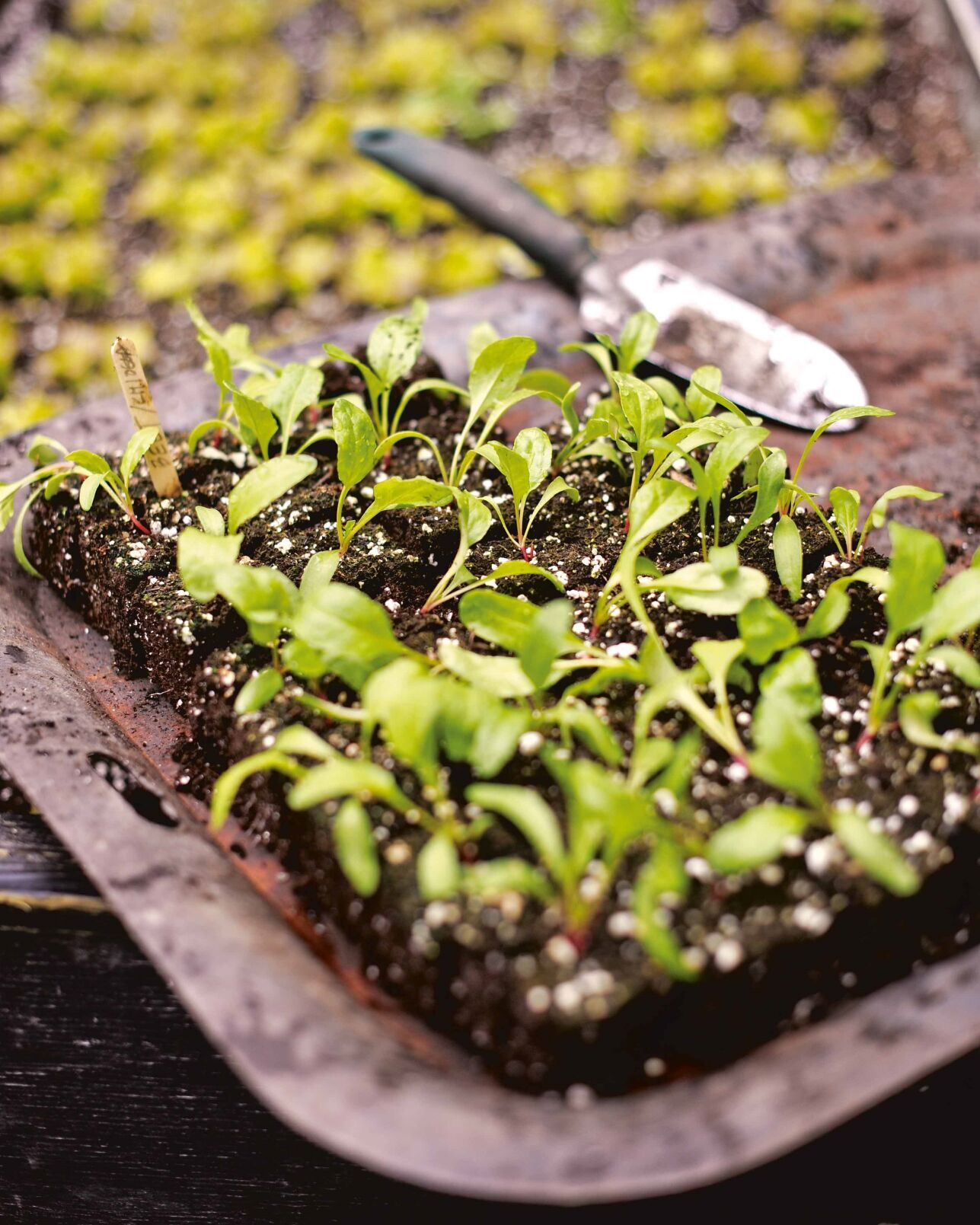 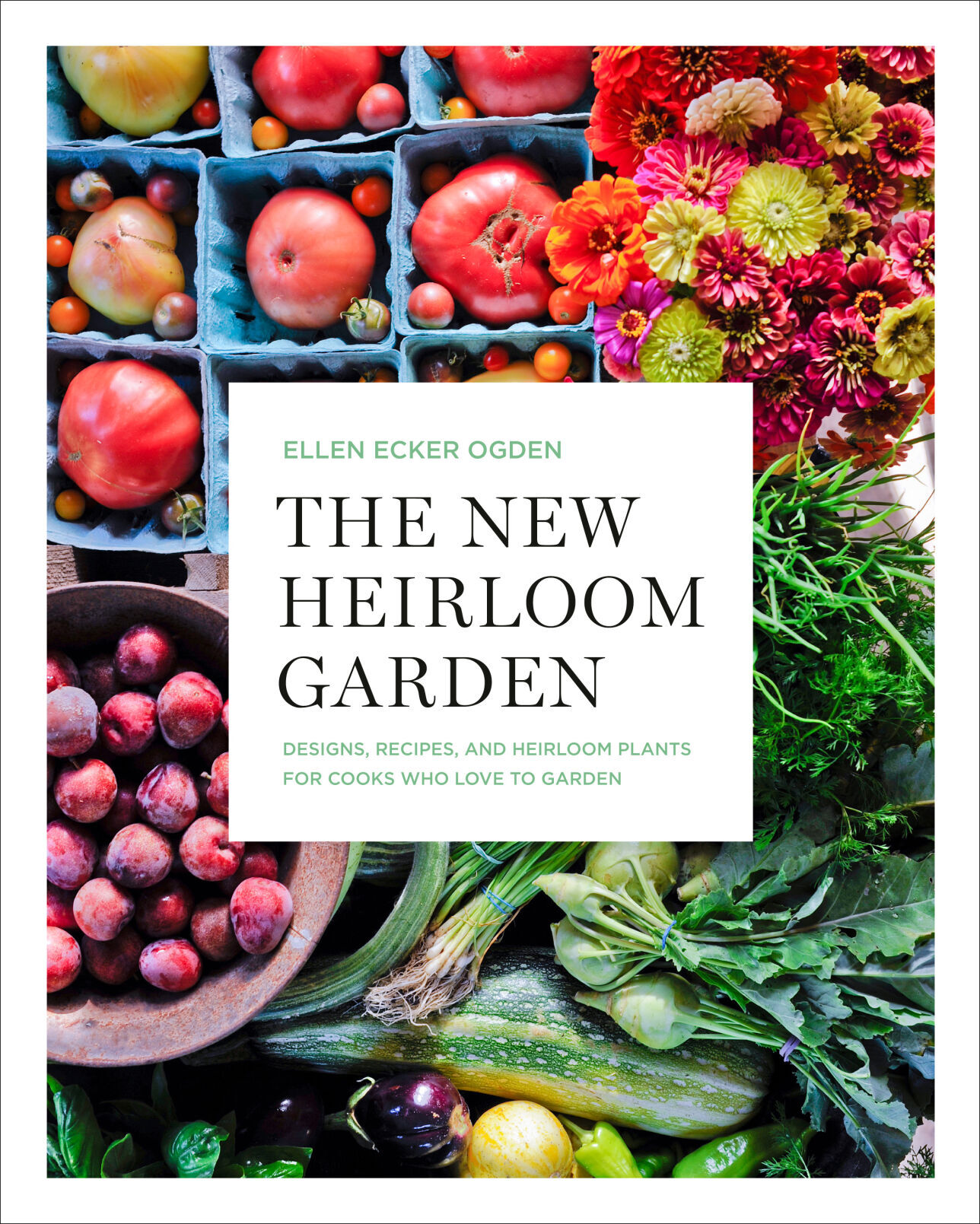 MANCHESTER — Along with the many hours pulling weeds, mixing in compost and sweating under a warming sun, many gardeners insist there is a peacefulness to their pathos, a point where labor and Zen seem to merge.

This feeling has seemingly been tapped into by Southern Vermont author Ellen Ecker Ogden, whose recent release, “The New Heirloom Garden” (2021, Rodale Books, soft cover, 253 pages, $24.99), is a worthy addition to garden design and cookbooks everywhere.

Ogden, who has written several other gardening-cookbook hybrids (most notably her 2011 release “The Complete Kitchen Garden”), has been featured in national magazines, teaches classes and regularly speaks on the subject. The title is available in bookstores nationally and online. This spring, it debuted at #1 in Amazon’s garden design book sales.

And design it does. The book itself is richly illustrated with the vibrant colors of Ogden’s own gardens. It’s well thought through, and offers aesthetically pleasing diagrams demonstrating the author’s educational background in fine arts and studio arts and her early career as a fashion designer, before moving to her Landgrove farm in 1980.

If you have ever heard the joy with which Ogden speaks of heirlooms, and the love and care she demonstrates when walking through her gardens or preparing a meal in her kitchen, you would know she isn’t a commercially manufactured expert, but a true believer, forged in four decades on the Vermont land.

In that fervent love, she spared nothing to educate herself:

“I grew cut flowers for our farm stand, and also planted a large herb garden with both culinary and medicinal herbs,” Ogden said. “In 1998, I traveled to Italy to study cookery with Marcella Hazan, and [also] in 1999, at the Ballymaloe School in Ireland. These experiences piqued my interest in learning to grow a beautiful European inspired potager-styled garden.”

These sensibilities, and everything else in her work are on parade in “The New Heirloom Garden.”

“The word heirloom is two words: heir [from]inheritance and loom [from] tool,” Ogden said. “Heirloom seeds are what everyone grew before plant breeding hybrids, which is a cross between different varieties and the seed does not always grow true to the parent plant.”

The inheritance factor weighs heavily with Ogden, who said she “loves the stories behind the seeds, and the people who save seeds.” Indeed, in the book she interviews knowledgeable seed savers. “Many seeds have been handed down from families with names of either the person who grew them or the place where they were grown,” she said.

The author continues in the book that the seeds are “not associated with large-scale commercial agriculture,” and as such, offer something unique: “a deeper connection to the food you eat, the people you love, and the landscape that surrounds your home.”

If you know Ogden at all, that statement is a microcosm of everything she hold dear to her heart, and pours forth in her narratives.

Parts of the book can also serve as an heirlooms primer, with starter instructions for 11 groupings of heirlooms, such as the mint, knotweed, carrot and cabbage families — as well as for compost and soil.

At the book’s core are 12 heirloom garden designs, with shapes, themes and layouts: “The Colorwheel Garden: Best Nutritional Values,” “The Seed Saver’s Garden: Full Circle” and “The Permaculture Garden: Sustainable Landscape Design,” to name a few. Ogden’s diagrams discuss point-by-point arrangement right down to types of flowers to grow alongside other garden offerings.

“Flowers and food should always be grown together,” Ogden said. “I am not sure why we have separated them in our minds and in our gardens. The best gardens always contain both, which is good for the pollination and also to establish a lovely aesthetic.”

Mixed in with those designs, much as Ogden’s meticulous blending of compost into the earth, are 50 painstakingly chosen recipes of all sorts of heirloom garden creations. I took a stab at “Rainbow Beet Spoonbread” on page 130, having lived in the South many years ago and attracted to family-made spoonbread made from recipes handed down over the years — much as Ogden’s seeds have been inherited from past gardeners.

One word for that creation: sublime (even if made with beets grown from non-heirloom seeds).

Whether an experienced cook or gardener, or someone just wanting to start considering heirlooms, “The New Heirloom Garden” is not only a treasure trove of well organized information, but also possesses a stunning presentation in its graphic aesthetic that helps translate the author’s passion for her craft.