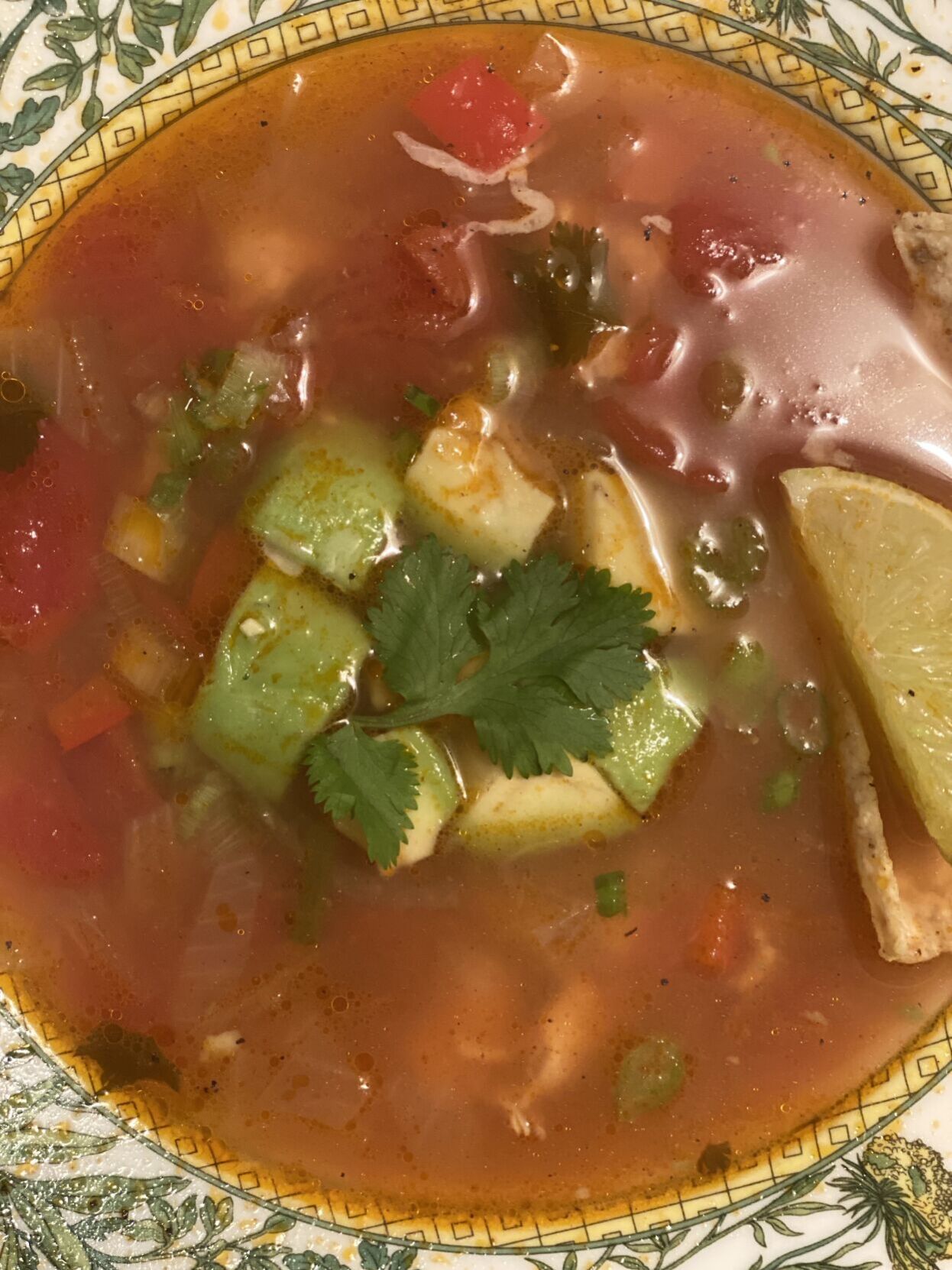 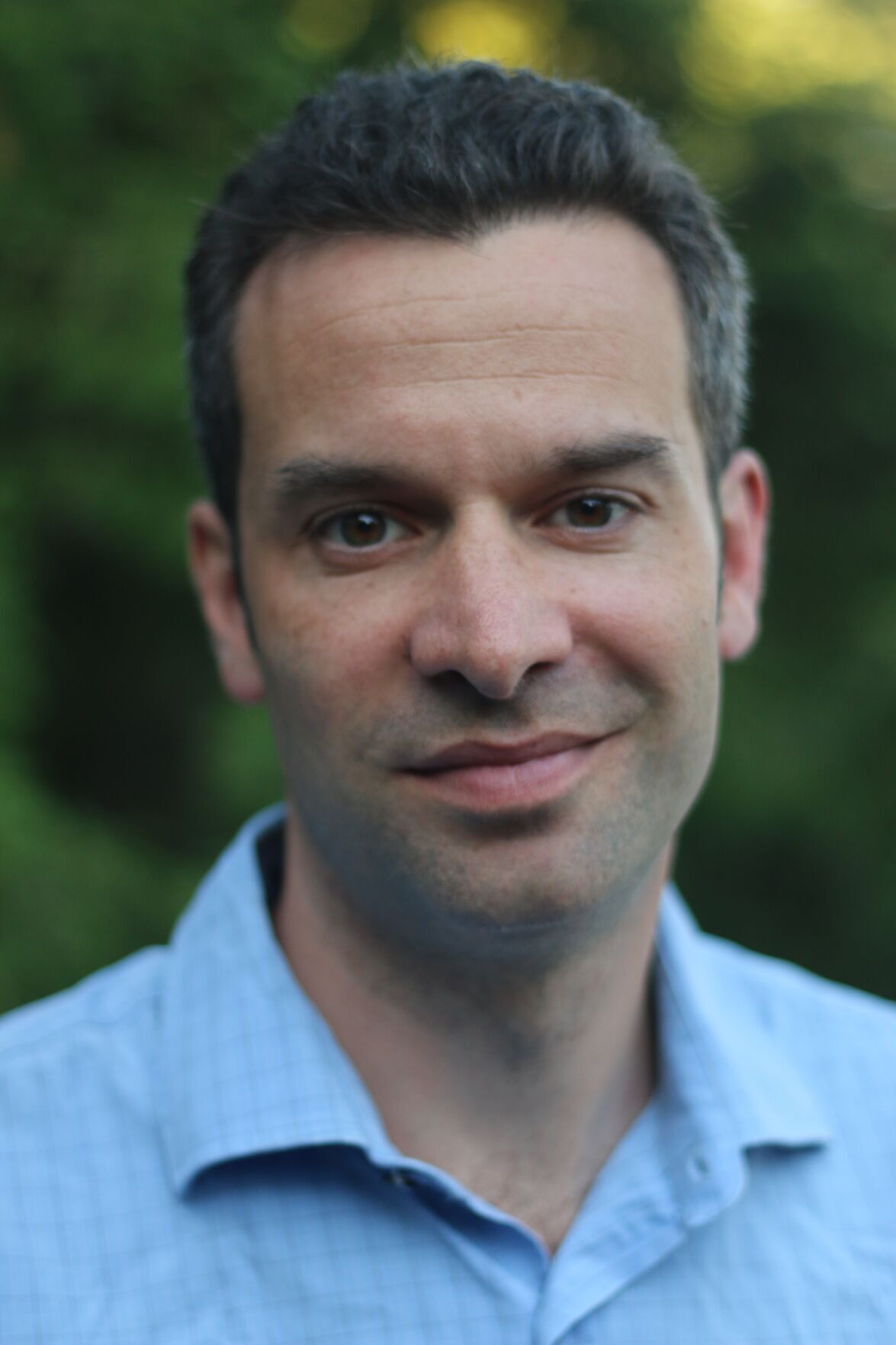 Mark Schatzker is author of “The End of Craving." 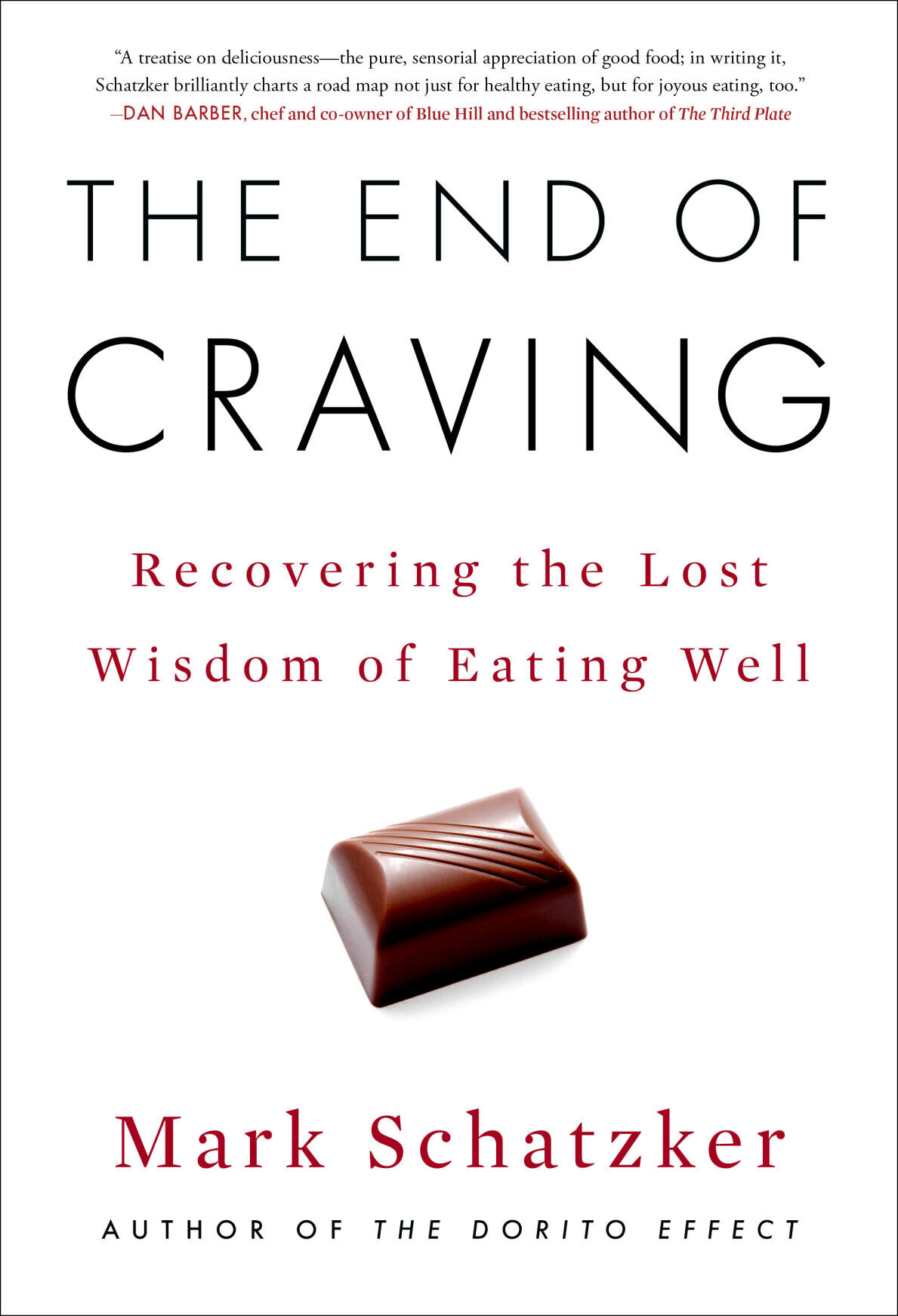 "The End of Craving" by Mark Schatzker

Mark Schatzker is author of “The End of Craving."

"The End of Craving" by Mark Schatzker

Science writer Mark Schatzker has been taking us through the twists and turns of little-known atrocities of the food world, making scientific studies and tough information easy to stomach since unveiling his first book, “Steak.”

He’s done it again with “The End of Craving,” which came out Tuesday. With his second book, “Dorito Effect,” Schatzker delves into the mysterious loss of flavor in our food and subsequent loss of our capability to seek the specific nourishment we need without those all-important flavors to guide us. He continues with his latest installment by investigating the relationships among obesity, craving and the downward spiral of food quality in America. Addressing age-old stereotypes about gluttony, obesity and weight gain, Schatzker offers solutions and relief with the finding that it’s not our fault. He purports that there are saboteurs in our food, and he’s just getting started. Schatzker likens food companies (Big Food) to casinos. The house always wins.

“The End of Craving” is a shocking tale. Except it’s not a tale. It’s happening in our kitchens, restaurants and supermarkets across the country. The people on whom we so fervently rely to protect our food sources and provide us with adequate nutrition pump our food full of false sugars, fake fats we didn’t even know existed and vitamins we don’t need, sponsoring an American nightmare — a constant, painful struggle with food and weight.

Schatzker maps out these complicated correlations methodically, yet never abandons the appetite he has for his subject matter. Though we meet virtually, his passion jumps through the screen as he talks about his research and latest masterpiece. He begins the interview as he does his book, recalling a time of epidemic driven by Pellagra, caused by a widespread lack of vitamin B. He draws stark comparisons between Italy and the American south, which was hit especially hard by Pellagra. The United States fixed it by passing legislation that mandated the fortification of processed carbohydrates with vitamins — products like flour. That legislation remains in effect today. Italy, however, continued to eat without supplementation, albeit focusing on different foods. Strikingly, as Schatzker notes, Italy is as slim as ever, at a rate of obesity in the single digits, whereas the U.S. is gaining on a rate of 42 percent — even higher in the south. If that doesn’t make you wonder, perhaps this will.

Too big for our britches?Around the same time, American farmers changed the way they did things with their pigs. Instead of letting them graze in a pasture and roam about frolicking like something out of “Charlotte’s Web,” these pigs were kept in pens and given feed comprised of corn and grain — unnatural food for them. When the pigs got sick from this bland diet, they developed the pig version of Pellagra. Like the American government, farmers pumped them full of vitamins, which is when the real fun started. These pigs gleefully went without outside activities, eating feed laced with vitamins, growing bigger and bigger more quickly than ever. Farmers delighted. At the same time, America began to expand around the waist. As Schatzker explains, we were “using the same nutritional strategy” for Americans as farmers were to grow their livestock really big, really quickly.

We are now the largest country in the world and I’m not talking about square mileage. Nearly half of us are obese. This is a full-on epidemic in and of itself. Shouldn’t we be able to trust food companies not to poison us? Is it not reasonable to be given a diet of adequately healthy foods that won’t tip our brains into a tizzy of craving?

Perhaps not as nefarious as it seems, food companies began to inject vitamins into food at the demand of the government. That seems reasonable, and the government was just trying to stave off another bout of Pellagra, but then the snowball effect started. People were gaining weight, so food companies started using fake sugars and fake fats to keep calorie counts down. Instead of losing weight, however, we kept gaining. Seemingly, what became our biggest problem began innocently enough, but with repeat customers’ high-volume purchases lining the pockets of too many at Big Food, one has to wonder, who is at the top of this newly established food chain?

Schatzker seems to have uncovered the reasons behind America’s continued girth expansion. Not only does the addition of vitamins enable us to digest large volumes of highly processed carbs, but with fake sugars and fats, our brains are getting mixed signals. Our bodies have long been programmed to eat what we need — since the birth of bacteria, from cavemen to businessmen, we are programmed to acquire the precise nutrition we need to run efficiently.

Here lies the “uncertainty” that Schatzker implicates as our saboteur. We suffer a lack through caloric uncertainty, or “reward prediction error.” In a time when food abounds for many, why should we worry about where our calories will come from? Mixed signals. Our taste buds act as finely tuned messengers for our brain. Once we take in food, our brain is able to do a quick calculation: what did we eat and, according to the taste, how much energy will it bring us? With the pervasive additions of artificial sweeteners, the aforementioned fake fats and nefarious natural flavors, our brain is getting tricked. And when brains get tricked, they don’t just get mad. They get even.

Let’s say we drink a diet soda. It tastes as sweet as a regular 150-calorie soda. The brain senses that and gets ready to deploy those calories in one of many ways. When it never gets the 150 calories, it feels duped and wants what it was told it was going to get! So, it sends out cravings until they become so painful, we give in.

It’s not just the sweet tastes either. Shatzker recalls when the public caught on to artificial sweeteners and their potential health hazards, food companies went on the defense, naming fake fats innocuous things like “milk protein” or “citrus fiber.” These sound great — like just the healthy food we were looking for, but they’re actually lab derived powders that offer a certain texture to foods, or reduce their fat content. Like the sweet example, when we eat something that tastes like it has fat in it, but actually has none because of that delicious “citrus fiber,” our brain is confused. Some say it even short circuits in a way. “It literally makes us want to get the thing we didn’t get,” Schatzker explains. The brain has miscalculated (by no fault of its own) caloric intake, and vows not to do it again.

The author asks me a question, “If I told you your watch is wrong; I don’t know if it’s fast, I don’t know if it’s slow, but you have a flight that’s leaving in two hours, what would you do?” Panic. That’s what the brain does. It panics and it craves everything it can get our hands on.

We are craving the wrong things — we crave the calories we told our brain we were going to get, but we don’t crave the foods we need, because now when we eat a doughnut, we get the same amount of vitamins as if we’d eaten something healthier. Schatzker argues that in addition to this basic instinct, we are being sabotaged.

Schatzker has coined the phrase “nutritive mismatch.” With thousands upon thousands of available flavorings, our foods no longer have to contain the flavor they emulate. Sounds strange, doesn’t it? Take a strawberry yogurt for instance. It can contain natural flavor, which doesn’t contain a bit of strawberry. When we eat it, however, our taste buds send our brain its flavor and nutrient profile, so our brain prepares to receive fiber, vitamin C and antioxidants, among 30,000 other flavor components. Those things are never received. The brain throws a craving tantrum, we fall into those fat-free cookies, which taste like fat, but have no fat and we start the whole vicious cycle over again. And again. And again. Many of us are prisoners of these cravings.

Now that we know the true reasons behind our weight obsession and food fears, Schatzker suggests getting back to enjoying our meals and to buying good quality food. In Italy, food is an experience. In the U.S., dinner is daunting. How much will we eat and how much weight will we gain because of it?

The author and I agree that avoiding products that are fat-free, light, diet, reduced-fat and no-sugar-added (hello artificial sweeteners) is at the root of the solution. It’s not as simple as reading labels anymore, because with ingredients like “milk protein” and “citrus fiber,” who can tell what’s what?

It’s in the small changes that we make over time. Even maintaining weight can be considered limiting future weight gain, he says. Kicking our fear of food to the curb is as essential as eating whole, fresh foods and only packaged foods that are simple and preferably not fortified. I, too, thought that vitamins in food couldn’t be harmful and boy, was I wrong. We are amazing vehicles and are capable of doing so much more innately than we could ever guess. If we think we’re not what we eat, we couldn’t be more mistaken. “The End of Craving” clearly spells it out in not-too-sciencey terms, and makes it all digestible. This book may just save our lives.

1 can: 28 ounces, diced tomatoes (look for as few ingredients in these as possible)

2 tablespoons cumin (I use even more)

Cook chicken over medium-high heat until lightly browned on both sides.

Add all veggies and sauté lightly.

Simmer for approximately 10 minutes or more to flavor evenly. (The longer is simmers, the more flavorful it will get).

Garnish with ¼ avocado and cilantro, to taste.