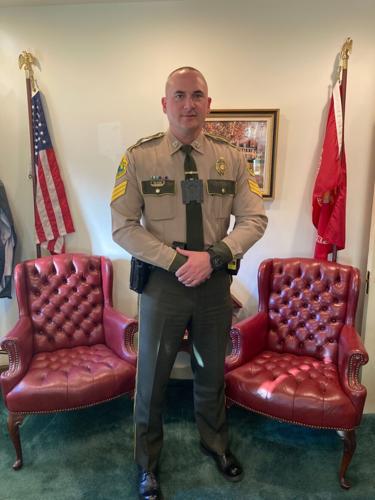 The author writes: "On Nov. 2, Todd Wilkins hung up his coaching whistle; however, scores of former players and their families are forever grateful for his leadership, compassion and commitment." 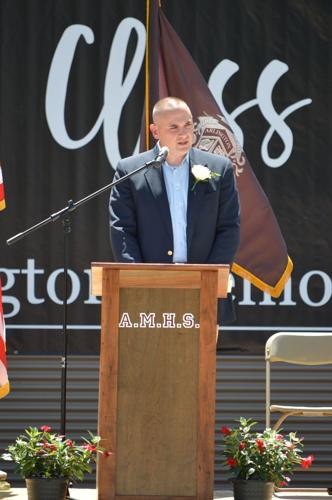 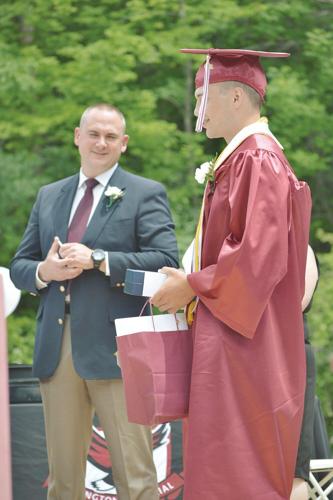 Graduating senior Kolby Wilkins poses for a photo as his father, Arlington School District board Chairman Todd Wilkins looks on during commencement exercises.

The author writes: "On Nov. 2, Todd Wilkins hung up his coaching whistle; however, scores of former players and their families are forever grateful for his leadership, compassion and commitment."

Graduating senior Kolby Wilkins poses for a photo as his father, Arlington School District board Chairman Todd Wilkins looks on during commencement exercises.

In the Nov. 4 Wall Street Journal, Jayson Gay detailed Miller Bugliari’s accomplishments: in a week or so, coach Bugliari will have completed his 63rd year as Pingry School’s soccer coach in Basking Ridge, N.J. In the world of high school soccer, the coach is legendary.

Closer to home, on Nov. 2, the Vermont Division IV Boys semifinal soccer match ended. The boys from each team met at midfield, gave each other the high-five and moved on. Todd Wilkins, the Arlington Memorial High School longtime coach, and his associates followed their players. For Wilkins, his walk across the field was filled with mixed emotions. It was his last midfield trek, ending 18 years as the AMHS head soccer coach.

In Arlington soccer, two names are synonymous: coach John Werner and Todd Wilkins. The former was legendary in his own right, locally, statewide and nationally. When Wilkins was a student at AMHS, Werner was his coach, yet little did either of them know that Wilkins, locally known as Sergeant Wilkins of the Vermont State Police, would continue the Werner legacy for nearly two decades.

Vermont high school coaching is no easy task: The assignment begins months before the actual play commences; several days and evenings are blocked off each week for practice and games; and with Vermont’s school size and location, long-distance travel goes with the job.

All too often overlooked is the sacrifice of a coach’s family. Put another way, a coach’s commitment must be augmented by their family; otherwise, it does not happen. In Wilkins’ case, that commitment stretched almost 20 years.

If coaching were all that Todd Wilkins and his family gave to Arlington, that would be more than enough. But, it does not end with coaching. Todd has been a member of the Arlington School District’s Board of Directors for years and currently occupies that board’s chair position.

Anyone with any school connection is familiar with combating COVID-19 and the resulting issues of student attendance, and teacher and administrative staffing. Under Wilkins’s leadership, the Arlington School District kept remote learning minimal during the pandemic.

Arlington has always been home to the Wilkins family, including his spouse and three children. While serving as a coach, School Board member and Bennington County patrol commander with the state police, Todd observed that the town of Arlington needed to change to attract new businesses, families and visitors. He knew he had to be on the town’s governing board to help this occur. In 2020, he was elected overwhelmingly to Arlington’s Select Board.

Todd and his spouse, Kerry, have passed down the DNA of service. Later this month, their eldest son, a two-year veteran of the U.S. Air Force, will leave with his unit for an undisclosed location in the Middle East.

Paraphrasing the late Fleet Admiral of World War II, Chester A. Nimitz (1885-1966), after he witnessed what occurred on Iwo Jima, an excellent way to describe the Wilkins family is, “where uncommon service is a common virtue.”

On Nov. 2, Todd Wilkins hung up his coaching whistle; however, scores of former players and their families are forever grateful for his leadership, compassion and commitment. Also, a deep gratitude to the Wilkins family for giving Todd the opportunity to coach and serve the town of Arlington.

I hope coach Wilkins will not reevaluate his decision and return to coaching to eclipse Miller Bugliari’s 63 years and counting.