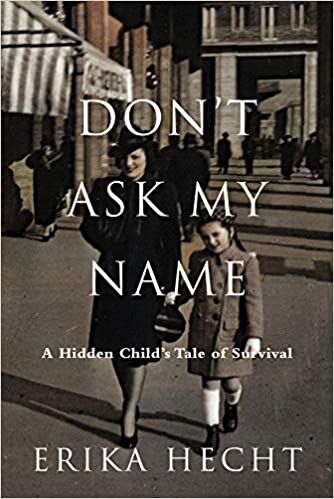 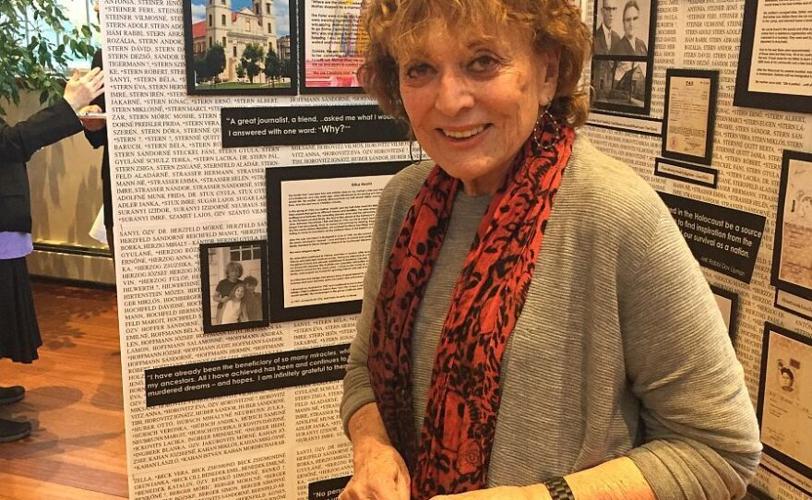 Last month we lost another child Holocaust survivor, Erika Hecht, as that generation finds its final resting place. Erika recalls a story of her wartime experience in her memoir “Don’t Ask My Name”: “One night, (my mother) wakes me and asks me my name. ‘Erika Bleier,’ I say. ‘What did you say?’ she asks.

Her voice is dangerous. ‘Erika Bleier,’ I repeat fearfully, realizing too late that I had made a mistake. Even to (my mother), I was supposed to lie and use my fake name, Erika Bankuti. Her anger boils over. (My mother) hits me with her open palm across my face and hisses through clenched teeth, ‘If you ever make that mistake again, we will be killed!’ I never utter that name again.”

Countless times through her childhood, Erika was moments away from her own death, and that of her immediate family, amidst bombs crashing down on either side, bullets inches away, living for days on end without food, while hiding in exile as a refugee between two warring armies.

So harrowing was Erika’s experience through the Holocaust; even her name, the very root of her identity, was taken from her. She was stripped of the fullness of her humanity.

That was the Nazi ideology and terror: to strip away the humanity of the Jews and many others, to attempt to take away dignity, and ultimately, take away their very lives.

I experienced chills when one of the speakers at the press conference expressed dismay when an adult Vermonter, born and raised here, shared with the speaker how that person had never heard of the Holocaust before. Once again, the time is now to educate the next generation about the atrocities that took place then, not only to set the historical record straight but because the early signs of what brought about the Holocaust — increasing antisemitism, racism, and division, the assault on truth, and the erosion of democratic values and safeguards — are in clear and present danger in 2023. This online, statewide program runs from Jan. 23 to 27 and is meant to teach seventh to 12th-grade students about the history of the Holocaust; and includes presentations by Holocaust survivors, as well as children and grandchildren of survivors.

At our Jewish Community of Greater Stowe, we have partnered with the Hecht family, East End Press, and the Vermont Holocaust Memorial, giving out complimentary copies of Erika Hecht’s haunting memoir as we host a book reading on Jan. 28 at 5:30 p.m., in person and online, followed by a lite reception. All are invited to attend.

Marion Hecht, Erika’s daughter, will read and discuss excerpts of the recently published memoir. Copies of the memoir will be available that evening, as well as during JCOGS office hours from 10 a.m. to 3 p.m. on Mondays, Wednesdays, and Thursdays, and from noon to 5 p.m. on Fridays. In this way, we hope to lift up Erika’s memory as she would have wanted while remembering the heroic acts and righteous Jews and gentiles that preserved her life and other survivors.

The implications of forgetting are near our doorstep. Will you do your part to never forget?

Rabbi David Fainsilber is spiritual leader of the Jewish Community of Greater Stowe.