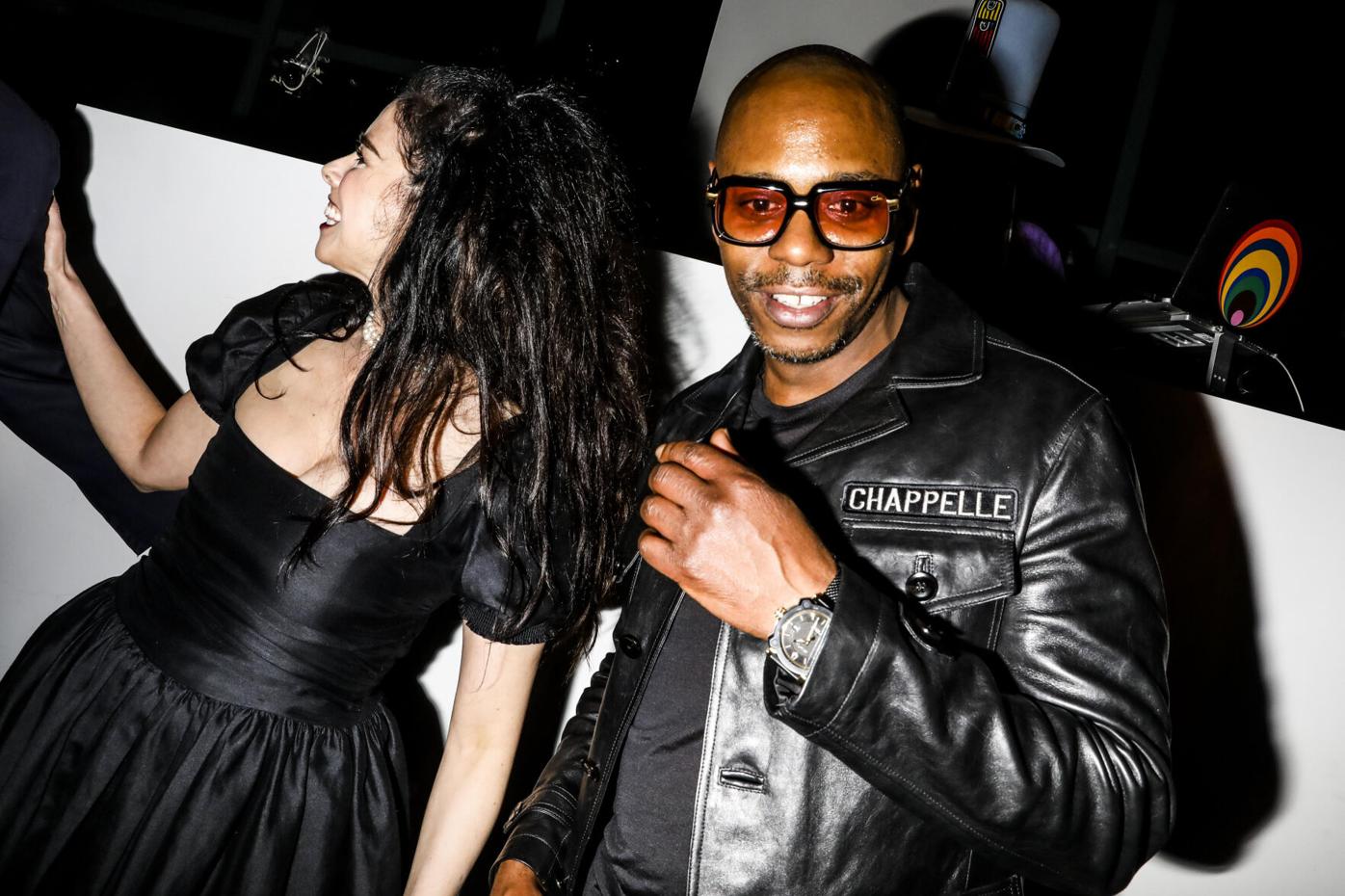 Sarah Silverman and Dave Chappelle at a Grammy Awards after party in New York in 2018. In a town-hall-style meeting on Friday, Ted Sarandos, a co-chief executive of Netflix, faced criticism from staff over Chappelle's "The Closer." 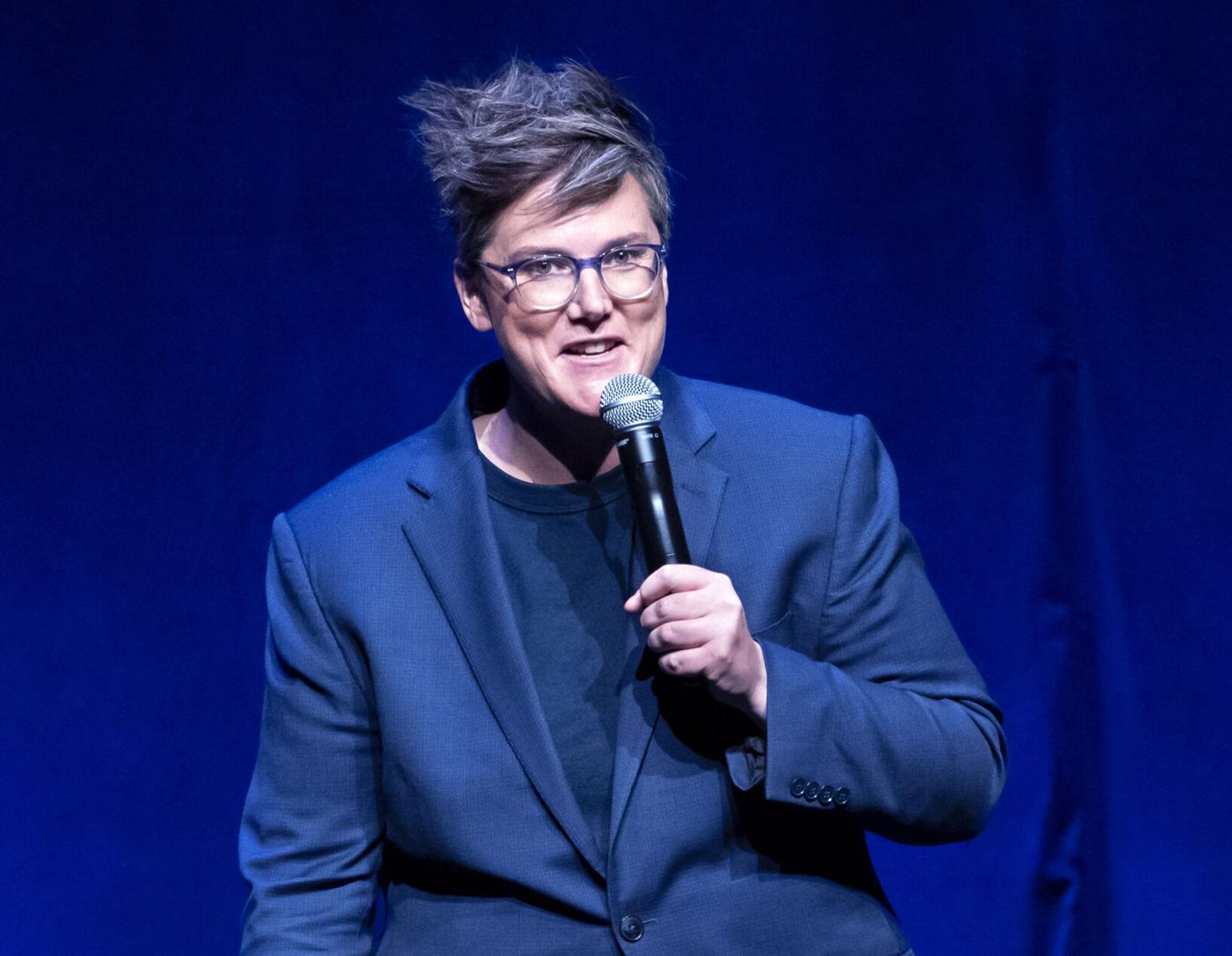 Comedian Hannah Gadsby is the most prominent entertainer to criticize Ted Sarandos and Netflix, which she referred to in an Instagram post as an "amoral algorithm cult."

Sarah Silverman and Dave Chappelle at a Grammy Awards after party in New York in 2018. In a town-hall-style meeting on Friday, Ted Sarandos, a co-chief executive of Netflix, faced criticism from staff over Chappelle's "The Closer."

Comedian Hannah Gadsby is the most prominent entertainer to criticize Ted Sarandos and Netflix, which she referred to in an Instagram post as an "amoral algorithm cult."

Tensions at Netflix continued to flare Friday, 10 days after the release of a special by comedian Dave Chappelle that critics inside and outside the company have described as promoting bigotry against transgender people.

Early Friday, a Netflix star criticized the company and Ted Sarandos, a co-CEO, in a stinging social media post. Later in the day, Netflix said it had fired an employee for sharing documents related to Chappelle with a reporter, and Sarandos fielded pointed questions from employees during a companywide virtual meeting.

In a rare public rebuke, Australian comedian Hannah Gadsby upbraided Sarandos by name for his defense of Chappelle. Gadsby, whose 2017 Netflix special, “Nanette,” earned an Emmy and a Peabody Award, is the most prominent entertainer to criticize Sarandos and Netflix, which she referred to in an Instagram post as an “amoral algorithm cult.”

Sarandos and Netflix’s other co-CEO, Reed Hastings, have been unwavering in their support of Chappelle, who signed a lucrative multiyear deal with the company in 2016 and has won Emmys and Grammys for his Netflix work. In a note this week, Sarandos countered the arguments of Netflix staff members who had suggested that Chappelle’s special, “The Closer,” could lead to violence against transgender people, writing that he had the “strong belief that content on-screen doesn’t directly translate to real-world harm.”

Sarandos, who joined Netflix two decades ago and became its co-CEO last year, also said that the company would go to great lengths to “ensure marginalized communities aren’t defined by a single story.” He cited inclusive Netflix programs such as “Sex Education” and “Orange Is the New Black” as well as Gadsby’s specials, which also include “Douglas,” released in 2020.

In her social media post Friday, Gadsby, who is a lesbian, objected to the executive’s references to her in his defense of the company and Chappelle’s special.

“Hey Ted Sarandos!” Gadsby wrote. “Just a quick note to let you know that I would prefer if you didn’t drag my name into your mess. Now I have to deal with even more of the hate and anger that Dave Chappelle’s fans like to unleash on me every time Dave gets 20 million dollars to process his emotionally stunted partial world view.”

She continued: “You didn’t pay me nearly enough to deal with the real world consequences of the hate speech dog whistling you refuse to acknowledge, Ted.”

At a virtual company meeting Friday, Sarandos replied to a series of tough questions from employees, who asked about Chappelle’s special and how the company had responded to criticisms of it, according to three people with knowledge of the gathering. The event became emotional when several employees were persistent in their questioning of Sarandos and his support for someone who they feel engages in hate speech, the people said.

After the meeting, Netflix said in a statement that an employee had been fired for sharing internal documents pertaining to Chappelle with the press.

“We have let go of an employee for sharing confidential, commercially sensitive information outside the company,” the statement said. “We understand this employee may have been motivated by disappointment and hurt with Netflix, but maintaining a culture of trust and transparency is core to our company.”

The documents included private financial information regarding Chappelle’s Netflix specials that were published this week by Bloomberg, according to a person with knowledge of the termination. The documents included the costs for the specials — $24.1 million for “The Closer” and $23.6 million for Chappelle’s previous special, “Sticks & Stones” — as well an internal metric that determines the value of the specials relative to their budgets.

Such data is available to Netflix staff but rarely made public. The appearance of the statistics in a published article is a further sign of how deep the schism is between some Netflix employees and company leadership.

Several organizations, including GLAAD, which monitors the news media and entertainment companies for bias against the LGBTQ community, have criticized Chappelle’s special as transphobic. A group of Netflix workers has planned a walkout for next week in protest.