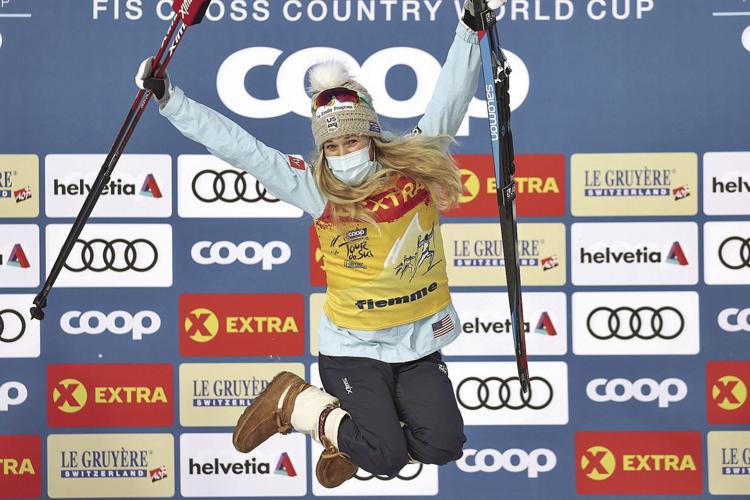 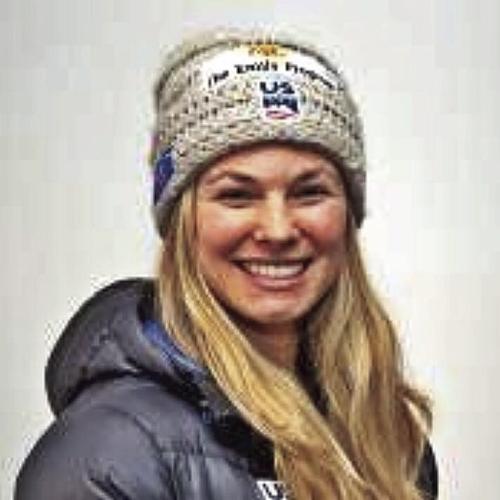 NEW YORK — “I like to go really slow, like 10-minute miles,” Jessie Diggins said this fall as she snapped on a vest stocked with water bottles and snacks before a morning run in Central Park.

A preference for “slow” is not what one expects to hear out of the mouth of an Olympic and world champion cross-country skier — not even when she’s just out for a run. Diggins, a Stratton Mountain (Vt.) School alum — mostly makes her living chasing speed across the snow, but this was still a month shy of the start of the Nordic World Cup season Friday in Ruka, Finland.

Diggins was in New York for the U.S. Ski and Snowboard Association’s annual gala, where she was one of the star attractions.

That is what happens when you are part of the duo that snapped the country’s 42-year cross-country medal drought in an epic finish at the 2018 Olympics, then you back that up with two more medals at the Beijing Olympics in February.

Diggins is known more as a sprinter than a distance specialist, but she won her second medal in Beijing — a silver in the 30-kilometer race — after a bout of food poisoning made it unclear whether she would even make it to the start line. She blocked out the pain, as she often does given the nature of her sport, and set her mind to getting a medal. She said the race took weeks or perhaps months to recover from, but it was worth it.

Nine months later, Diggins was beginning to focus on the upcoming season and building up her base-level fitness. And so, a slow, three-hour run in Central Park.

“Never too fast so that you can’t carry on a conversation,” she said.

Or conduct an interview.

The Minnesota native explained that she and teammates spend so much time doing intense workouts on either roller skis or cross-country skis that when they run or cycle to build or maintain fitness, they can give their minds a break and just enjoy it. But when they are with Diggins, they spend the time quizzing her — arguably the most successful cross-country skier the country has produced — about her training and racing techniques.

It is part of an evolution for Diggins: from Vermont-based wunderkind to seasoned veteran on a team that gets better each year holding its own against the sport’s European powerhouses. For Diggins, of Stratton, the medals and championships and magazine covers have given her a platform to be heard on topics that are close to her heart.

She testified on Capitol Hill earlier this year about climate change, which poses an existential threat to her sport. As someone who has struggled with disordered eating she takes every opportunity to discuss that, too.

This season will bring another opportunity to spread a message she cares about, which is women’s equality.

In May, the International Ski Federation voted to have men and women race at the same distances on the World Cup.

At the Olympics, women have historically raced at shorter distances than men. For the interval start race, the women went 10 kilometers, compared with 15 for the men. In skiathlon, which combines freestyle and classic techniques, the women raced 15 kilometers, and the men raced 30. The longest races were 30 kilometers for women and 50 for men.

The new World Cup format will have individual races of 10, 20 and 50 kilometers.

“The main argument to vote for equal distances was that there should not be any question whether women were capable of racing the same distances as men, as they prove that they physically are capable of doing so already,” the federation said after the measure passed with 57 percent of the vote.

During a conference call Monday, Diggins said racing shorter distances than the men had made her “feel like crap and really sad.”

“It turns out we are OK,” she said facetiously. She and other women in her sport have long trained at distances for 50 kilometers and more.

But this will not be about simply proving female physical prowess. “It sends a really important message” to girls, Diggins said.

The message: “You are totally capable of doing anything. If you train hard and work hard, you can do it.”

The change has Diggins, the overall cross-country champion in 2021, setting her mind on winning the first women’s 50-kilometer race.

She will need a good bit of endurance to pull that off — and some speed, too.