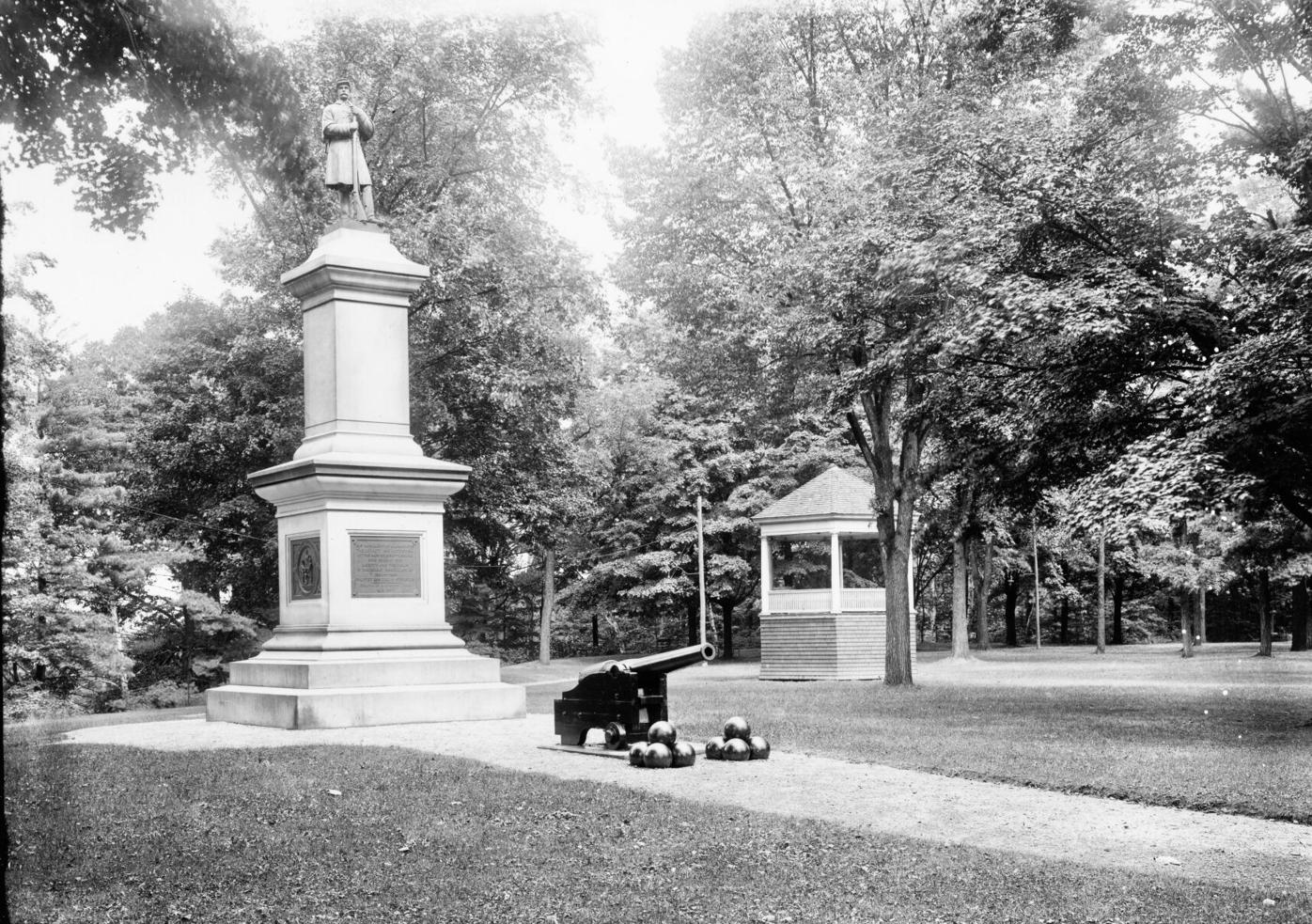 The Soldier's Monument was dedicated in June 1887 to honor those who represented Brattleboro in the Civil War. 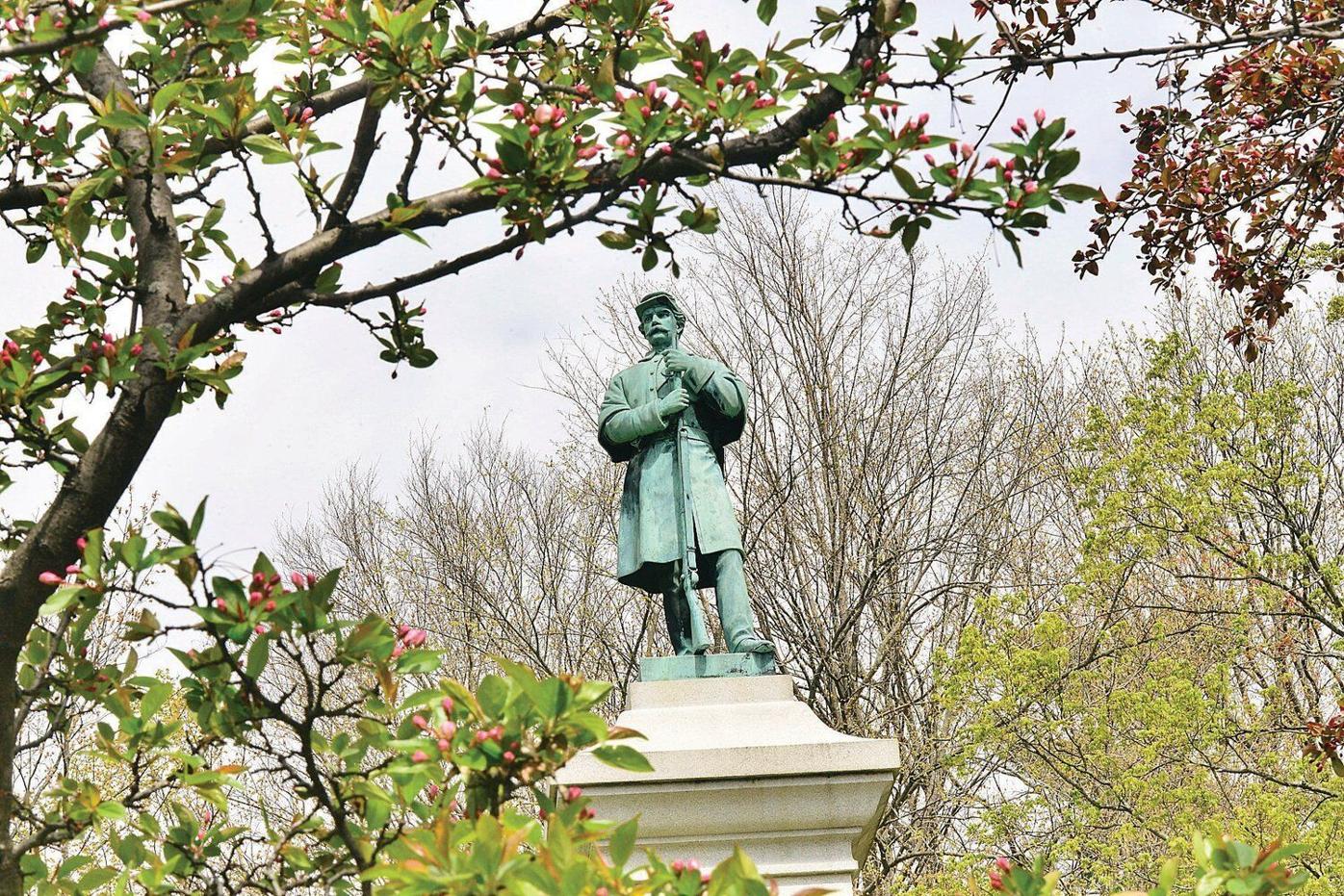 The Soldier's Monument was dedicated in June 1887 to honor those who represented Brattleboro in the Civil War.

BRATTLEBORO — After eye-opening research from three local students and their teacher, the town will purchase and install a new plaque to recognize the number of Vermonters who served during the Civil War but were left out of official recognition on a monument because of racism and classism of the time.

African American soldiers, laborers and people who were paid to serve in the war as substitutes for the wealthier were overlooked when the monument was made, Town Manager Peter Elwell said during a Select Board meeting Tuesday where the board unanimously voted in support of the approximately $10,000 project. A committee created to look into correcting the record and town staff proposed the interpretive plaque be installed next to the town’s Civil War monument.

“This Soldiers’ Monument was erected to honor the men of Brattleboro who fought during the Civil War,” the plaque is proposed, in part, to state. “Research by Brattleboro students and the Brattleboro Historical Society has made clear that the information on the plaques is incomplete, misleading, racist and classist.”

Elwell said the bronze plaque will be mounted on a granite block sitting about hip high. He anticipates installation could occur in spring, followed by a dedication ceremony and gathering scheduled for June 19.

The new plaque will explain that the original south-facing plaque states that 385 men enlisted and 31 died in service, but records compiled by the U.S. government and other organizations indicate that about 450 men served for Brattleboro and at least 56 died as a result of this service, and the north-facing plaque listing the major battles fought by local soldiers doesn’t include the military campaigns of the 22 African American soldiers from Brattleboro, eight of whom died as a result of their service.

Also, the new plaque will say the west-facing plaque, depicting a Confederate soldier shaking hands with a Union soldier, “reinforces a stereotype that credits ‘civilized’ white men for benevolently ‘giving’ freedom to a grateful and subservient enslaved individual, obscuring the centuries-long struggle by Africans to oppose and fight slavery in the Americas.”

Bennett, Kitzmiller, Thies and Rivers are joined on the committee that proposed the plaque by Curtiss Reed, executive director of the Vermont Partnership for Fairness and Diversity; Mel Motel, executive director of Brattleboro Community Justice Center, which is now part of Youth Services; and John Hagen, formerly president of the American Legion.

“This is a real testament to the tenacity and the research skills of the three students, and I don’t think they would have gone as far as they did without the tutelage of Joe,” Reed said. “I think that it’s a brilliant idea to bring a Juneteenth celebration to Brattleboro with the unveiling of the plaque as the telling of Vermont’s history as it relates to African Americans.”

In a document shared with the board, the committee suggested holding an official dedication of the new interpretive plaque on June 19 “to highlight the direct connection between the African American soldiers from Brattleboro who served in the Texas-Louisiana campaign and that campaign’s achievement of bringing the news of the end of the war to enforce the Emancipation Proclamation on what we now celebrate as Juneteenth.”

Rivers estimated more than 150 students have participated in the effort since it first began. Select Board Vice Chairman Ian Goodnow commended students for their “work and dedication to drawing attention to this grievous oversight.”

“Further, I’d like to thank Joe for his time, dedication, leadership and encouragement of his students to question the established historical norms in pursuit of real truth and justice,” Goodnow said before thanking other committee members for bringing their expertise to the project. “Finally, I want to express my gratitude to those 22 BIPOC soldiers and approximately 43 other underrepresented soldiers for their service, sacrifice to this community and to this country.”

Board member Daniel Quipp said the wording for the plaque “carries a lot of meaning.”

“It shows history is not a static, finished thing,” he said.

Board member Tim Wessel called the plaque “an elegant solution to things that were very important and left out of history.”

“Our act here is very educational to future students of history because it shows how a community can come together and correct some wrongs while also recognizing that past leaders and past community members didn’t get something right,” he said. “Or perhaps, where they were in history, they couldn’t see what was right to recognize back then.”

Board member Jessica Gelter applauded the project and suggested adding some kind of visual component. With Civil War monuments in different communities statewide, board Chairwoman Elizabeth McLoughlin said she hopes Brattleboro’s action can serve as “an example to all towns to correct the record if it needs correcting.”

“It’s a wonderful thing that our Select Board gets to vote for truth and justice on a Tuesday night,” McLoughlin said.