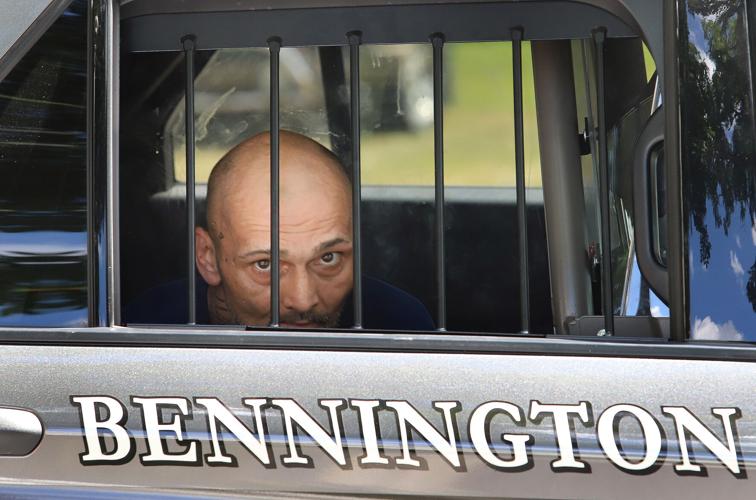 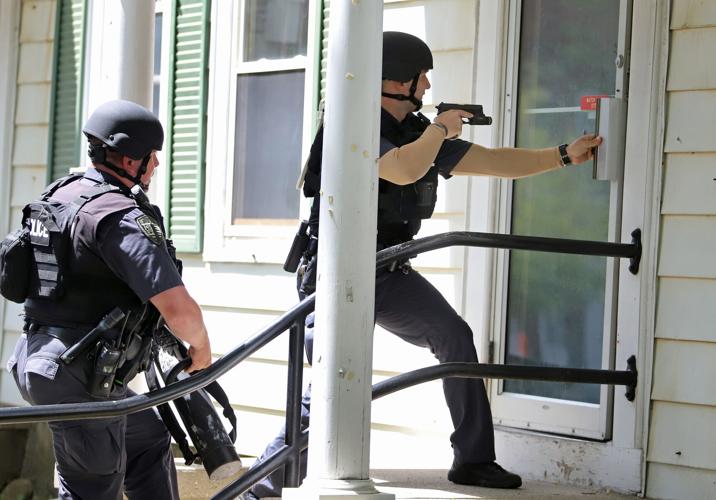 Bennington Police and other agencies raid 546 Main Street in Bennington on Thursday in a drug sweep. 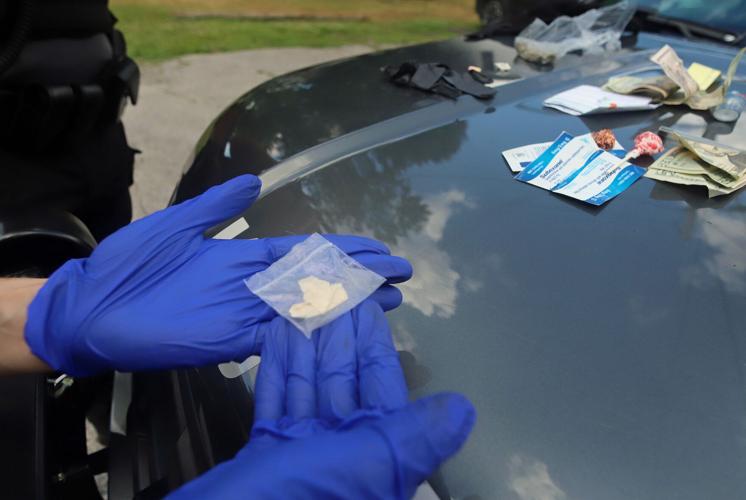 Suspected drugs are examined by a Bennington Police officer after searching the pockets of Richard Winnie after his arrest at 546 Main Street. 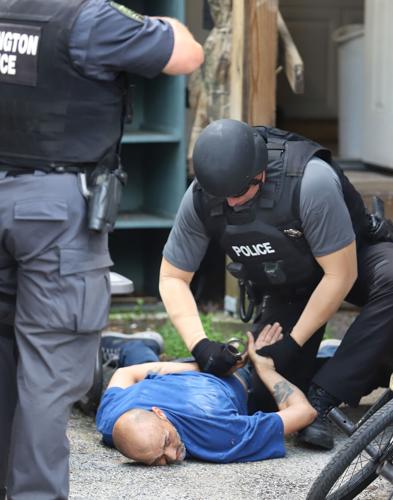 Bennington Police and other agencies raid 546 Main Street in Bennington on Thursday in a drug sweep.

Suspected drugs are examined by a Bennington Police officer after searching the pockets of Richard Winnie after his arrest at 546 Main Street.

BENNINGTON — Bennington Police raided an apartment at 546 Main Street in broad daylight Thursday afternoon after an ongoing drug investigation that included multiple gunshots fired into the same residence on July 1.

According to Bennington Police Chief Paul Doucette, members of his department and other law enforcement organizations executed a search warrant at the location following their investigation into the shooting incident. At that time, numerous shots were fired into the building during a drive-by incident, which is still being investigated. Doucette said they had identified people of interest in that shooting, and several active leads are being followed, including a possible link to the drug trade from Springfield, Mass. No arrests have been made as yet directly related to the shooting.

Seven people were arrested Thursday on various charges, including sales and possession of controlled substances. Onlookers and tourists stopped their midday errands to watch and take photos from a safe distance after police cordoned off a two-block radius around the building and, guns drawn, banged on the door to gain access.

One individual was seen fleeing the residence from a back doorway soon after the police appeared at the front door and were quickly ordered to the ground, handcuffed, and searched. That same male, Richard Winnie, was arrested this past April in a similar raid on another Main Street apartment. A flaky off-white substance in a plastic baggy, cash, pills, and other items were seen on the hood of a police cruiser after the search of Winnie’s pockets.

Six other individuals were led out of the residence soon after by a combined force of federal agents from Homeland Security and other local police organizations, including one spotted from the Rutland Police Department. All the individuals were arrested and loaded in a Bennington Sheriff’s van for questioning at the Bennington Police Station.

Arrested in the raid were:

Alexis Moulton, 27, possession of heroin. Moulton had an active Vermont arrest warrant at the time of the raid.

Peter Aleksonis, 55, possession of marijuana, cocaine, and sale of narcotics in a dwelling.