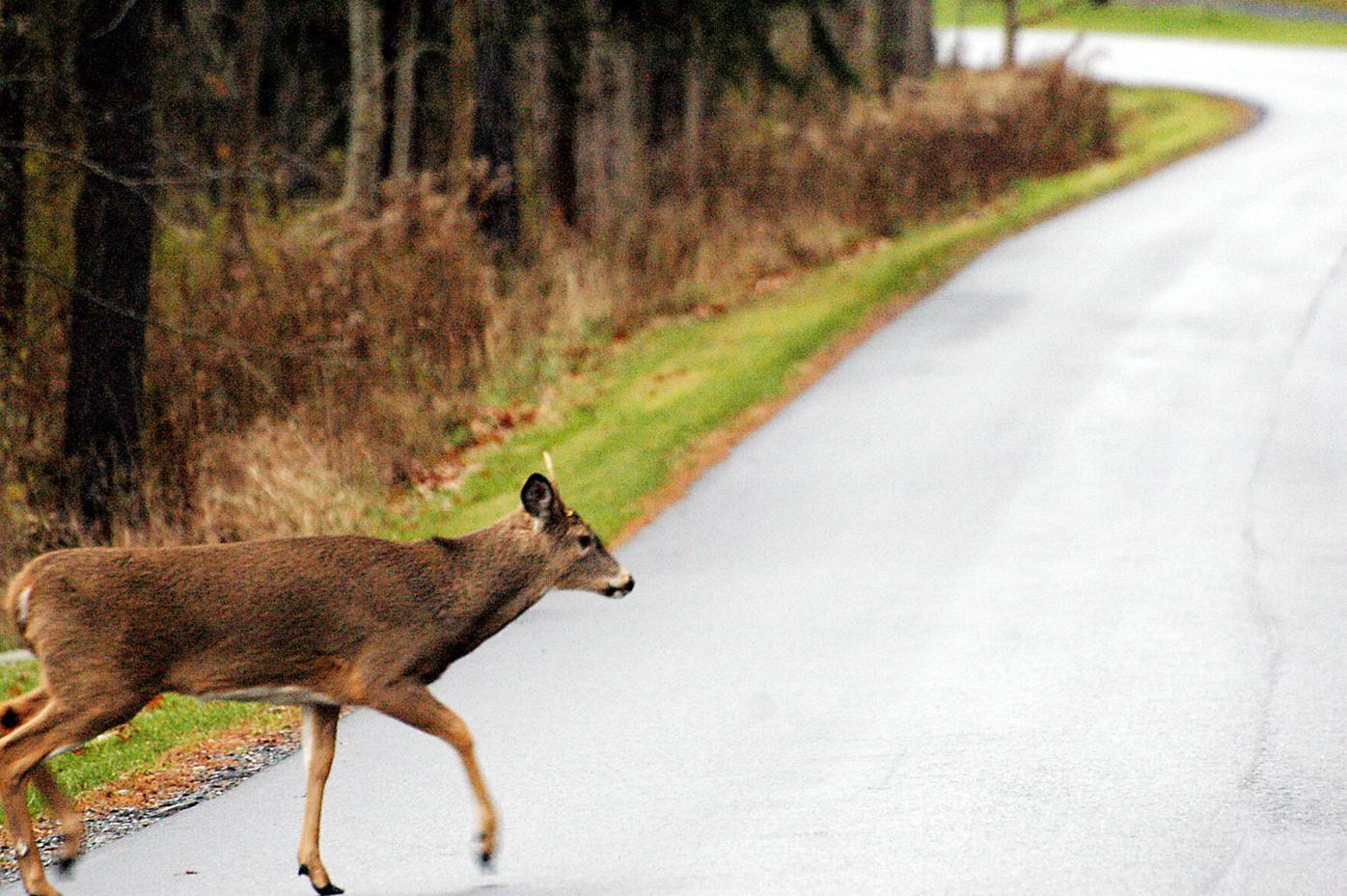 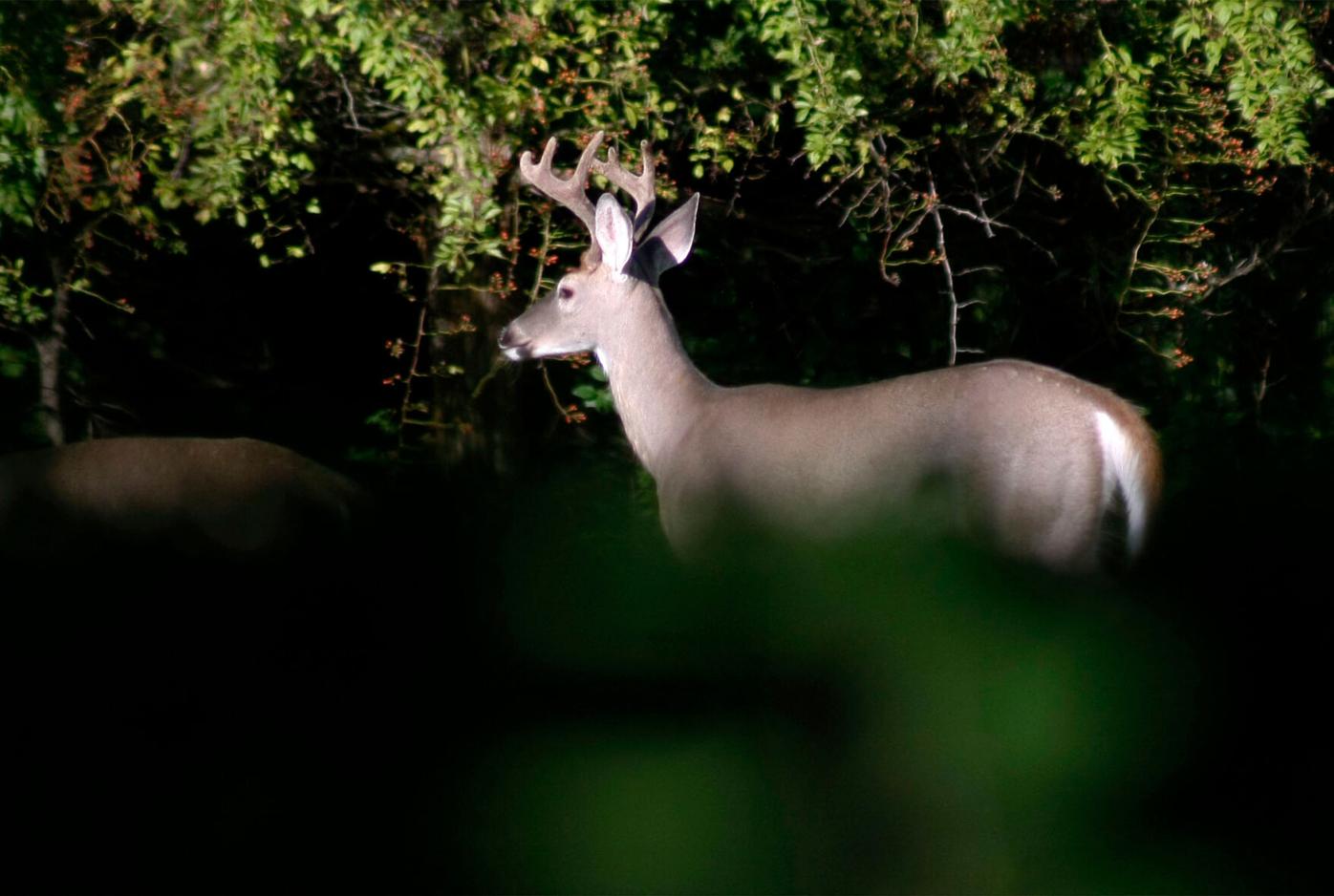 A deer walks into the woods in Dummerston.

A deer walks into the woods in Dummerston.

The Vermont Fish & Wildlife Department is watching for a disease that affects deer, and the state’s deer team leader says Southwestern Vermont is the bull’s-eye for the virus that can kill in a matter of hours.

Epizootic hemorrhagic disease has been identified in several New York counties in the Hudson Valley. Vermont biologists believe it has already killed deer in the Castleton area.

The virus does not pose a risk to humans, said Nick Fortin, deer and moose project leader with the Department of Fish & Wildlife.

The risk to deer, however, is big. According to a Cornell Wildlife Health Lab fact sheet, the disease can cause “significant mortality events, particularly in the northern United States.”

The illness spreads easily and can quickly decimate deer populations.

Fortin said there have been more than a dozen dead deer reported in a small area around Castleton with no other evident cause of death. All were found around water, which is a sign as the virus makes the animals thirsty, and they often die in or near water.

“We have not heard any reports from anywhere else that would suggest we have it going on,” Fortin said. “If it was as bad as it is in Castleton, we would have heard about it.”

Fortin said he’s confident the deer have died from the disease, but there has not been lab confirmation.

He said positively identifying the illness can be troublesome.

“The thing with this disease is we need a really fresh sample to test it in a lab,” Fortin said. “None of the deer we’ve been able to sample were fresh.”

The illness is transmitted by the Culicoides midge, which is commonly called a “no-see-um,” which is a tiny biting fly or gnat.

Fortin said Vermonters should be prepared to see more of this type of disease because of climate change.

“The midge that spreads it is a southern genus of midges,” Fortin said. “They’re moving north with climate change. We can expect, in the future, this will be more common.”

The virus is common in Southern states, and many deer carrying the virus in the south show no ill effects, according to Cornell.

“[The disease] has circulated in the southern United States for decades, and outbreaks in deer there are typically mild or completely inapparent,” according to the Cornell fact sheet. “The periodic movement of infected midges in recent years to the northern United States where there is little history of previous exposure results in severe outbreaks with high mortality.”

The virus was first confirmed in New York state in 2007 in Albany and Niagara counties.

“We may have had a couple of cases, but in the Northeast it’s rare,” Fortin said.

Clinical signs usually begin to appear about a week after infection, and deer often die within 8 to 36 hours of the onset of symptoms, which can include a swollen head, neck, tongue or eyelids, according to Cornell.

Fortin said there is nothing anybody can do to stop it or prevent it.

“There’s no way to control it in a wild population,” Fortin said. “We just have to ride it out and monitor it, which is what we’re trying to do here.”

But, just because there is nothing humans can do, doesn’t mean nature isn’t in control. The midge that carries and transmits the virus is killed with a hard frost.

“Hopefully, shortly into bow season we won’t have to worry about it at all,” he said.

Anybody who finds dead deer should report the finding to the local Fish & Wildlife warden, or contact the Vermont State Police who will contact wardens. “We want to know about it,” Fortin said. “We can investigate it if we need to.”

The department will collect samples from deer and analyze data to monitor the extent of the outbreak and determine its effects on the deer population.

Fortin said that the more time that passes from when the virus shows up and before the midges are killed off by a frost, the more time it has to spread and kill deer.

“It can have a pretty substantial impact on deer,” Fortin said. “Folks in Castleton will likely notice fewer deer this fall and probably next fall. But the herd will recover in a couple of years.”

In fact, the Department of Fish & Wildlife, in a statement said that effect will likely only be regional and not have a large impact.

Fortin said the deer population in the southwestern part of the state has been very stable for about the past decade and, if anything, maybe a little too high for biologists’ liking.

Biologists would like to see fewer deer on the land but said hunters have been resistant to killing does, which is the only way to really reduce a deer herd.

“The population could withstand some additional mortality. We’ve been trying to reduce deer numbers in that part of the state,” Fortin said. “There’s a strong anti-doe hunting mentality in Southwest Vermont.”

Fortin said he doesn’t want to manage the deer population through disease, but he’s confident the population can handle it.

“I don’t ever want to see a disease like this, but there’s certainly room to have more mortality without having too much impact,” Fortin said. “At the scale we manage, unless this gets a lot worse in the next couple of weeks, this isn’t something we need to be concerned about.”

He said if it was to become a bigger problem, there might be a need to reduce harvest in the coming years to compensate.