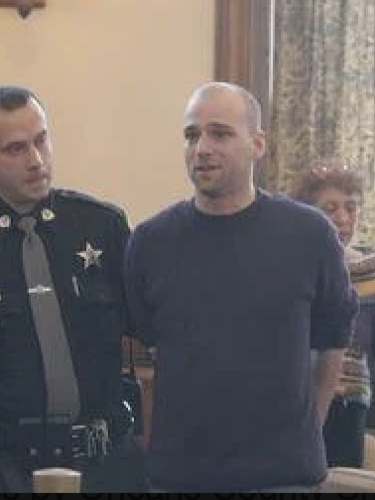 Patrick Mullinnex, the deceased victim in Wednesday’s shooting on Pleasant Street in Bennington, was one of four individuals who allegedly abducted a 30-year-old male from his Stanley Road residence in Springfield at gunpoint in the early morning hours of July 30. 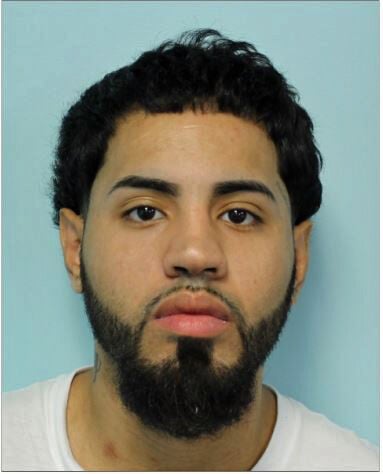 Raul Cardona of Springfield, Mass., wanted for the murder of a man in Bennington last week, turned himself in to the Bennington Police Department on Monday.

Patrick Mullinnex, the deceased victim in Wednesday’s shooting on Pleasant Street in Bennington, was one of four individuals who allegedly abducted a 30-year-old male from his Stanley Road residence in Springfield at gunpoint in the early morning hours of July 30.

Raul Cardona of Springfield, Mass., wanted for the murder of a man in Bennington last week, turned himself in to the Bennington Police Department on Monday.

BENNINGTON — The victim in a Bennington homicide on Wednesday morning has been linked by police to a Springfield kidnapping case in late July involving a family residence with small children.

According to a Vermont State Police news release, Patrick Mullinnex, the deceased victim in Wednesday’s shooting on Pleasant Street in Bennington, was one of four individuals who allegedly abducted a 30-year-old male from his Stanley Road residence in Springfield at gunpoint in the early morning hours of July 30.

VSP responded at approximately 3:36 a.m. after several early morning 911 calls came in regarding a possible abduction at gunpoint. Over the course of several days, detectives determined that four masked individuals in black sweatshirts — Jesse LaFlam Sr., 49, of Springfield; Christopher Merritt, 40, of Springfield; Zachary Russell, 25, of Bennington; and Mullinnex of Springfield – Knocked on the door of the residence, and when the homeowner opened the door, one of the assailants held a small black gun up to her side and told her to get inside. They then entered the Stanley Road residence, telling the resident they wouldn’t harm the children if they all cooperated, and asking for cash.

The victims, including the homeowner, his wife, and three children were bound and taped, assaulted and threatened at gunpoint. One of the assailants carried a camouflage shotgun, assaulting the homeowner in the face with the gun.

The four assailants also allegedly assaulted and tied up two other victims visiting the residence, and physically assaulted them as well. At some point, the four assailants kidnapped a 30-year-old male, one of the visitors, robbing him of cash, and transporting him to a different location in the town of Chester. Another individual whom the gang intercepted in the middle of the kidnapping was also taken by the kidnappers. The male kidnapping victim eventually escaped his captivity, suffering minor injuries during the incident.

Police arrested three of the four assailants Thursday. All three were charged with kidnapping, assault and robbery, burglary, and interference with access to emergency services. Mullinnex, the victim in the Bennington homicide, was not charged posthumously.

LaFlam and Merritt were ordered jailed without bail by Windham County Superior Court Judge Katherine Hayes during a video arraignment Friday afternoon in Brattleboro. Both men are in custody at the Southern State Correctional Facility in Springfield. Russell is being held at the Marble Valley Regional Correctional Facility in Rutland. He was scheduled to be arraigned at a different courthouse later in the day. That information was not available as of press time.

Windsor County Deputy State’s Attorney Emily Zukauskas told the court that the state plans to charge both men as habitual offenders, and also noted that kidnapping is an offense that can result in a life sentence.

“[Merritt’s] criminal history is very serious,” she said. “Given the serious nature of this offense and this particular defendant’s prior criminal history, the state does not believe that the court should exercise its discretion and release the defendant.”

“And in this particular case, the facts are very, very serious,” she said. “He held at least five persons at gunpoint, tied them up and then assisted with the kidnapping of an individual that took place across multiple residences. There was another witness who intercepted in the middle of the kidnapping and they kidnapped her as well and ultimately took the primary victim to a house where they restrained him tied him up.”

Separately and just days later, Mullinnex was found dead shortly after Bennington Police officers arrived on Wednesday at 324 Pleasant St. at approximately 9:17 a.m. His body was found lying on the floor of a first-floor apartment with several gunshot wounds. Police believe he’d been shot minutes before their arrival. On Thursday, Bennington Police released the name and photograph of the alleged shooter. Raul Cardona, 28, of Springfield, Mass., is on the lam after an arrest warrant was taken out in his name for the murder. Police believe Cardona fled Vermont and headed south into Massachusetts, back to the Springfield area. As of press time, Cardona has yet to be located.

Mullinnex was no stranger to trouble while he was alive. In May, local police were alerted by the emergency department of the Springfield Hospital that Mullinnex had arrived with a gunshot wound to his right hand. Before that incident, in 2014, Mullinnex was charged in Orleans County with several counts of the sale and delivery of heroin and aggravated assault on a law enforcement officer, to which he pleaded guilty in a plea deal with prosecutors. He was sentenced to serve 18 to 24 months with credit for time served. It was not clear how much time, if any, Mullinnex served. According to a news report in the Caledonian Record newspaper, Mullinnex told police at the time that he was the “top heroin dealer in the region,” offering to rat out his suppliers, and then assaulted the detective interviewing him.

In 2006, Mullinnex pleaded “no contest” to reckless operation of a vehicle and attempting to elude a police officer. The state dismissed two other charges, kidnapping and reckless operation of a motor vehicle. He was given a 6- to 12-month sentence, suspended, with credit for time served and a $22 surcharge. The previous year, he was charged with delivery of cocaine. He pleaded no contest to that charge in a 2006 plea deal.

According to a police source, Mullinnex had no known ties to Bennington and was not on the Bennington Police Department’s radar. Mullinnex was believed to be a visitor to the apartment where he was slain.

Russell, also charged in the July kidnapping in Springfield, has several ties to Bennington County. A resident of both Bennington and Pownal, he has guilty pleas for larceny and heroin possession in 2019 and a “no-contest “plea to a burglary charge into an occupied dwelling in 2018. In 2016, Russell pleaded guilty to unlawful restraint, unlawful mischief, and providing false information to a police officer. The record is sealed on sentencing in those cases.

Bob Audette contributed to this story.