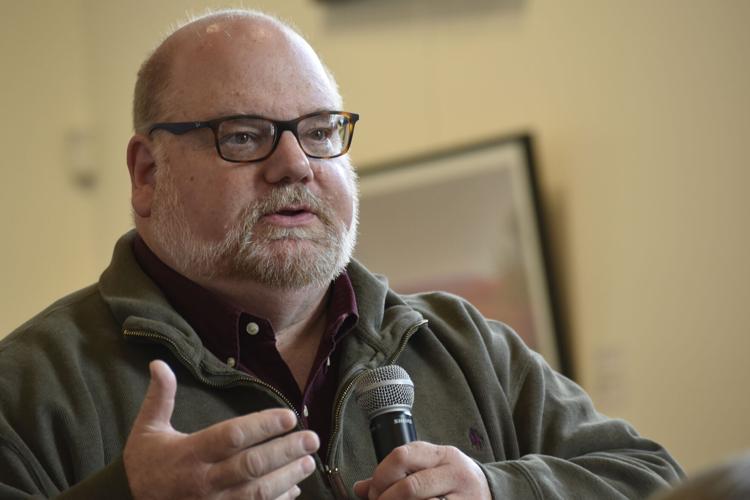 Chris Campany, executive director of the Windham Regional Commission, speaks at a forum held by state officials to inform local leaders of federal ARPA funding opportunities on Monday in Manchester. 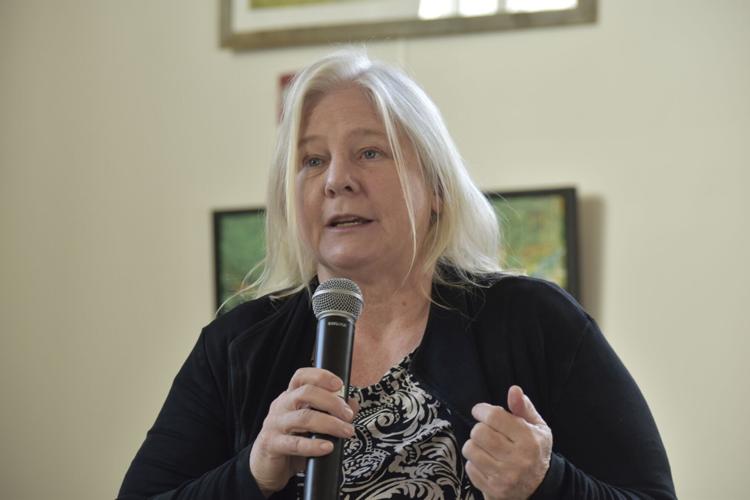 Michelle Boomhower of the Vermont Agency of Transportation speaks at a forum held by state officials to inform local leaders of federal ARPA funding opportunities on Monday in Manchester. 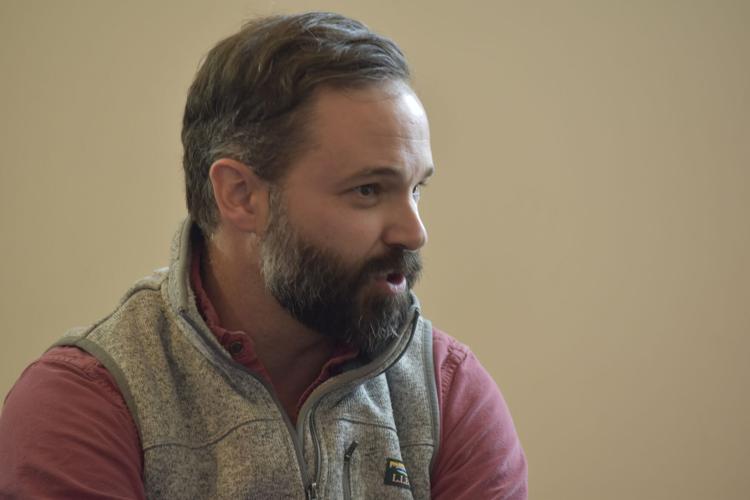 Brian Maggiotto, owner of The Inn at Manchester, proposed a program providing electric vehicle chargers at inns throughout the state at a forum held by state officials to inform local leaders of federal ARPA funding opportunities.

Chris Campany, executive director of the Windham Regional Commission, speaks at a forum held by state officials to inform local leaders of federal ARPA funding opportunities on Monday in Manchester.

Michelle Boomhower of the Vermont Agency of Transportation speaks at a forum held by state officials to inform local leaders of federal ARPA funding opportunities on Monday in Manchester.

Brian Maggiotto, owner of The Inn at Manchester, proposed a program providing electric vehicle chargers at inns throughout the state at a forum held by state officials to inform local leaders of federal ARPA funding opportunities.

MANCHESTER — About a dozen high-ranking state officials came to Manchester on Monday morning with a message: We have millions of federal dollars to help improve housing, infrastructure and climate resiliency, and we want you to have it.

“So much money, so little time,” Ben Rose, the recovery and mitigation section chief for the Vermont Division of Emergency Management, said at one point in the nearly two-hour session.

Rose wasn’t kidding: As Deputy Secretary of Administration Doug Farnham told the assembled gathering, the state has until Dec. 31, 2026, to spend more than $1 billion in federal funds.

The officials, including agency secretaries and department commissioners, were here as part of Gov. Phil Scott’s initiative to reach out to rural constituents about the broad range of funding opportunities available through federal COVID relief programs. They also talked with Woodford officials about energy programs, economic development and housing in Bennington, and more.

About 60 attendees filed into the Manchester library’s Hunter Meeting Room for the meeting — many with specific questions about whether a given project or problem is eligible for funding, or ideas on how to leverage those federal dollars.

One such idea came from Brian Maggiotto, owner of The Inn at Manchester, who proposed using federal American Rescue Plan Act or infrastructure funds to expand the network of electric vehicle chargers at lodging properties throughout the state.

“We welcome 13 million people to our state every year. We should be the leader in green tourism,” he said. “I still need those cars on the road — so we need to find a way to welcome all of those visitors into our state in a healthy and creative manner.”

While the state has invested in charging stations at multifamily housing developments and attractions, adding to the ranks of lodging-based chargers is important, “so that no part of Vermont is inaccessible” to visitors, Maggiotto said.

That in turn would help support the state’s hospitality industry, which was hard-hit by the pandemic.

“I believe we will be better for it,” he said. “We will be the leader in an industry that really needs all the help we can get.”

Michelle Boomhower, the division director for planning and intermodal development at the Vermont Agency of Transportation, said she loved the idea and that she’d follow up.

While some of the ideas raised were general in nature, a good deal of the session involved specific questions on whether ARPA dollars, and funds from the federal infrastructure bill passed earlier this year, could be used on a given problem or project.

Chris Campany, the executive director of the Windham Regional Commission, said that agency has long wanted to produce a wastewater capacity assessment, which could be used to help towns understand the needs for wastewater treatment, but has not had access to funding for such a study. “It’s more than we can do in-house,” he said.

That matters, Campany said, because towns need data showing them that without investing in treatment, “you will get zero affordable housing at scale, you will get zero economic development or even business revitalization benefit because you do not have capacity on site in these villages to do anything. You’re just kind of frozen in time.”

Asked what prevented the Windham Regional Commission doing that assessment itself, Campany replied, “Money. ... We really need to hire somebody.”

Mark Anders of the Bennington County Regional Commission asked if the money could be used to help plan and build bicycle paths. He said he’s had difficulty lining up funds and has had to bid and build out paths piecemeal, rather than as complete plans.

Farnham noted that the ARPA dollars cannot be used on transportation. But Secretary of Natural Resources Julie Moore said her agency has a $10 million, two-phase outdoor recreation grant that might be of assistance.

A pair of speakers, Bill Bullock and Jim Henderson, spoke to the importance of the Battenkill River. Neither asked for funding directly, but both underscored how essential the river is to its communities. Bullock noted that the inaugural Battenkill Fly Fishing Festival, held in April in Arlington, drew 300 people and will be held again next year.

“It’s not a zero-sum game. We can invest in our communities and celebrate and protect the Battenkill.”

Hendrickson said clean water “can be an economic driver.” But he also spoke to situations in which the need to restore habitat on the river conflicts with regulations preventing the hardening of its banks. “There’s certain contradictions in the policy,” he said.

The officials who made the drive from Montpelier took turns introducing themselves and outlining the ARPA funding that is available under through their departments. Joan Goldstein, commissioner of the Vermont Department of Economic Development, said the agency has $40 million for community revitalization, affordable housing, and water and wastewater systems.

Public Utilities Commissioner June Tierney and Christine Hallquist, executive director of the Vermont Community Broadband Board, spoke to continuing work not only establishing universal broadband access, but making it more affordable. And Catherine Delneo, the state librarian, noted that there’s grant funding available for libraries to preserve and improve them as places where people can access the Internet.

“Think about what you can do in your community to make it more flood resistant,” Rose said. He said $12 million is available in Federal Emergency Management Agency Hazard Mitigation grants and $14.75 million from the Flood Resilient Communities Fund.