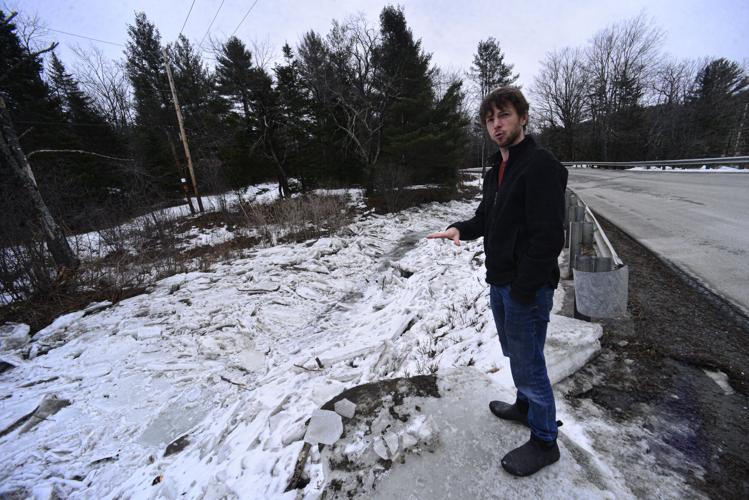 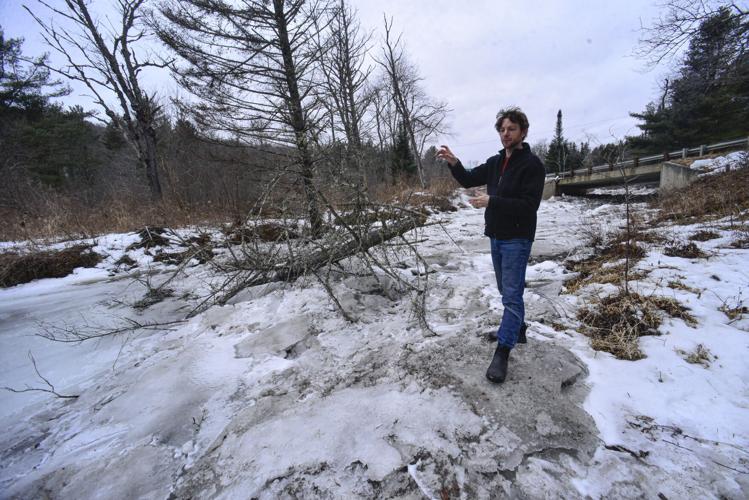 HALIFAX — Keystone species are those that have a disproportionately large effect on their habitats.

“They help maintain biodiversity and there are no other species in the ecosystem that can serve their same function,” wrote Amy McKeever, for National Geographic. “Without them, their ecosystem would change dramatically or could even cease to exist.”

When a keystone species is removed from its natural habitat, the result is known as a trophic cascade, a disruption of a natural food web in a particular ecosystem.

“Beavers are a keystone species that help with flood resiliency and create environments for a full range of creatures from salamanders up to moose,” said Stephan Chait, the chairman of the Halifax Conservation Commission. “They are important neighbors we need to learn to live with.”

“Their dam building prowess traps sediments, processes nutrients, and creates lush wetland and floodplain habitat which not only filters water but provides incredibly diverse habitat for other wildlife,” states information from the Maryland Department of Natural Resources.

But for nearly 200 years, beavers have been considered a nuisance, plugging culverts, flooding roads and diverting water. They inhabited much of North America before the Euro-American colonization of the continent. Beavers were nearly eradicated, both for their fur and because they stood in the way of colonization.

This caused widespread environmental damage, including the drying up of many streams and rivers formerly sustained by the high water tables associated with beaver dams.

But beavers were never really gone. They are prolific breeders and tend to return to spots they have been removed from.

“You can’t just kill some beavers,” said Skip Lisle, of Beaver Deceivers, located in Grafton. “You have to exterminate them all.”

Lisle, who spoke with the Reformer from Florida, where he was installing one of his “Beaver Deceivers,” said humans and beavers can live together if the right steps are taken.

“If you have more beavers, you have more flood resiliency,” he said, and considering the effects of Tropical Storm Irene and one-time drenching thunderstorms that have become more common, beavers can actually protect human life and prevent property damage.

“Wetlands are a sponge that release water over time,” said Lisle.

In towns like Halifax however, beavers tend to build near culverts, which can cause damage to the culverts or to nearby roads and properties.

Beaver Deceivers and devices installed by the state can help prevent damage while preserving the ecological niche created by beavers.

For instance, the Castor Master, invented by Lisle, is a double-walled pipe and round fence that serves as a filter. The system is used to prevent flooding by lowering the pond height. Near roadways, such a device will move the dam back from a culvert. If the top of the device is lower than the top of the culvert, then spillover can drain into the culvert instead of flooding the road.

An example of such a device can be found on Adams Crossroad in Marlboro.

In Halifax, the Select Board is looking for solutions to beaver dams on Hatch School Road, Amidon Road and Pennel Hill.

Chait said while the Conservation Commission is interested in protecting beaver habitat, it’s also a question about how best to utilize the town’s resources and money.

“What’s the most economical, cost-effective solution?” he asked.

When a culvert is blocked by beavers, members of the road crew have to go out and remove the blockage. Sometimes they also have to repair culverts or a road damaged by the water.

“The road crew could keep going back every few years and doing the same thing over and over again,” said Chait. “How does that expense compare to the cost of installing a flow device?”

The state of Vermont will install flow devices for a minimal cost, but they may not last as long as a Beaver Deceiver installed by Lisle, said Chait.

So while Halifax might need to spend more for a custom-designed Beaver Deceiver, in the long term it should save the town money. He hopes to collect all the data and present it to the Select Board, but in reality the best test is to install a flow device and then monitor the results.

“I could eliminate their problem in a couple of weeks and they will never have to worry about it again,” said Lisle.

A 2006 study by the Virginia Department of Transportation found that for every $1 spent on the installation of flow devices, $8 in maintenance costs is saved. That study also found that beaver removal has a 79 percent failure rate. Within two years, an area that has been cleared of beavers is usually resettled.

Another challenge is talking with landowners, said Chait. Some beaver dam locations are on private land, and landowners may not want a flow device or may just want to be rid of the beavers. Other landowners might welcome a flow device, as long as they don’t have to pay for it.

Patti Smith, a naturalist at the Bonnyvale Environmental Education Center, said beavers have been shaping the landscape of New England long before any humans arrived.

“They had a tremendous influence on the structure of our ancient forests,” she said. “They were one of the forces that created openings and meadows and shrubland. There is a whole mosaic they create.”

Beavers create beaver ponds that eventually fill up with sediment. Beavers eventually move on, but the habitat they leave behind is rich with sphagnum peat moss that absorbs water.

“By creating dams they raise the bottom of the stream level to be in a better connection with the flood plain alongside,” said Smith. “High water can then spread out rather than charging off downstream.”