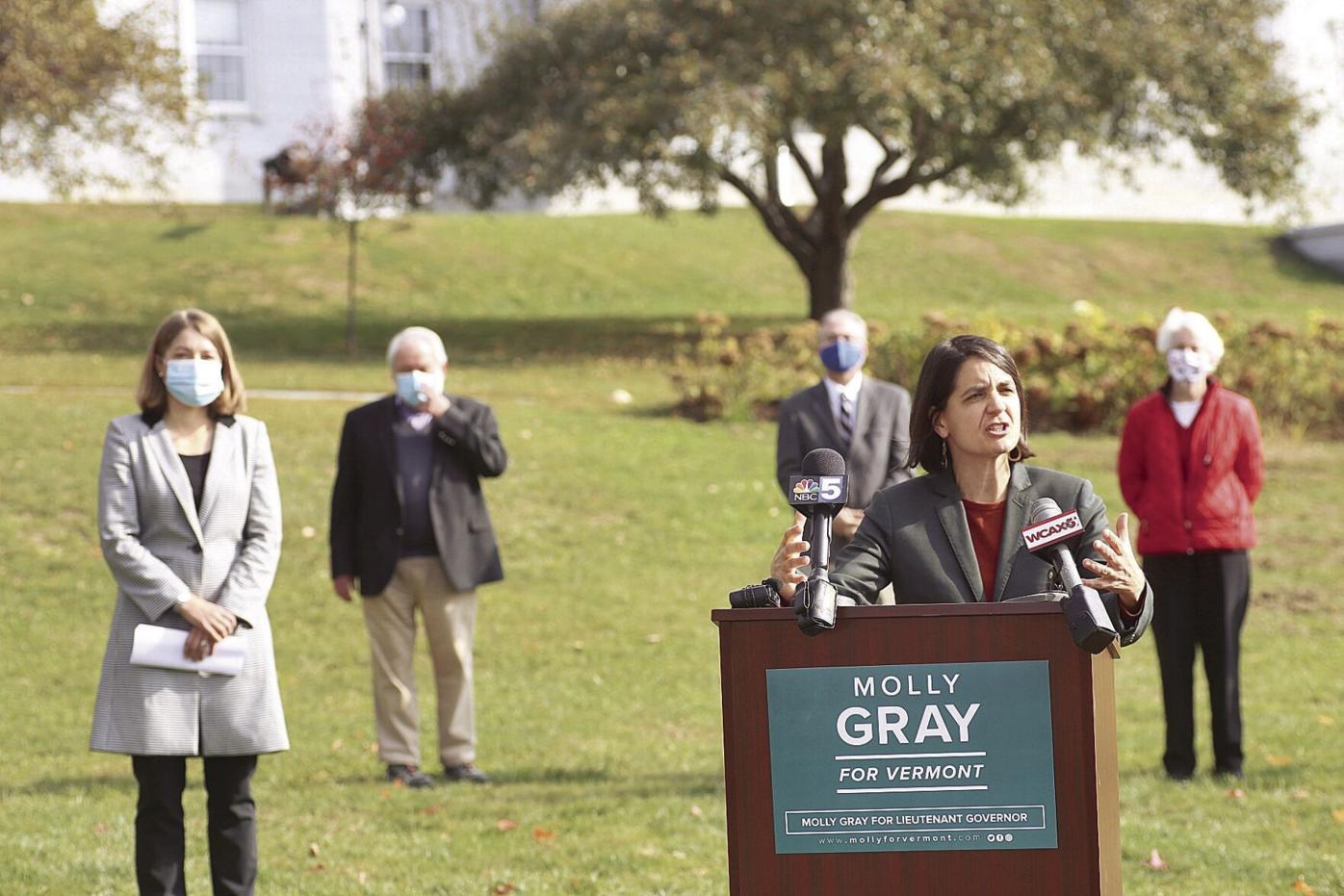 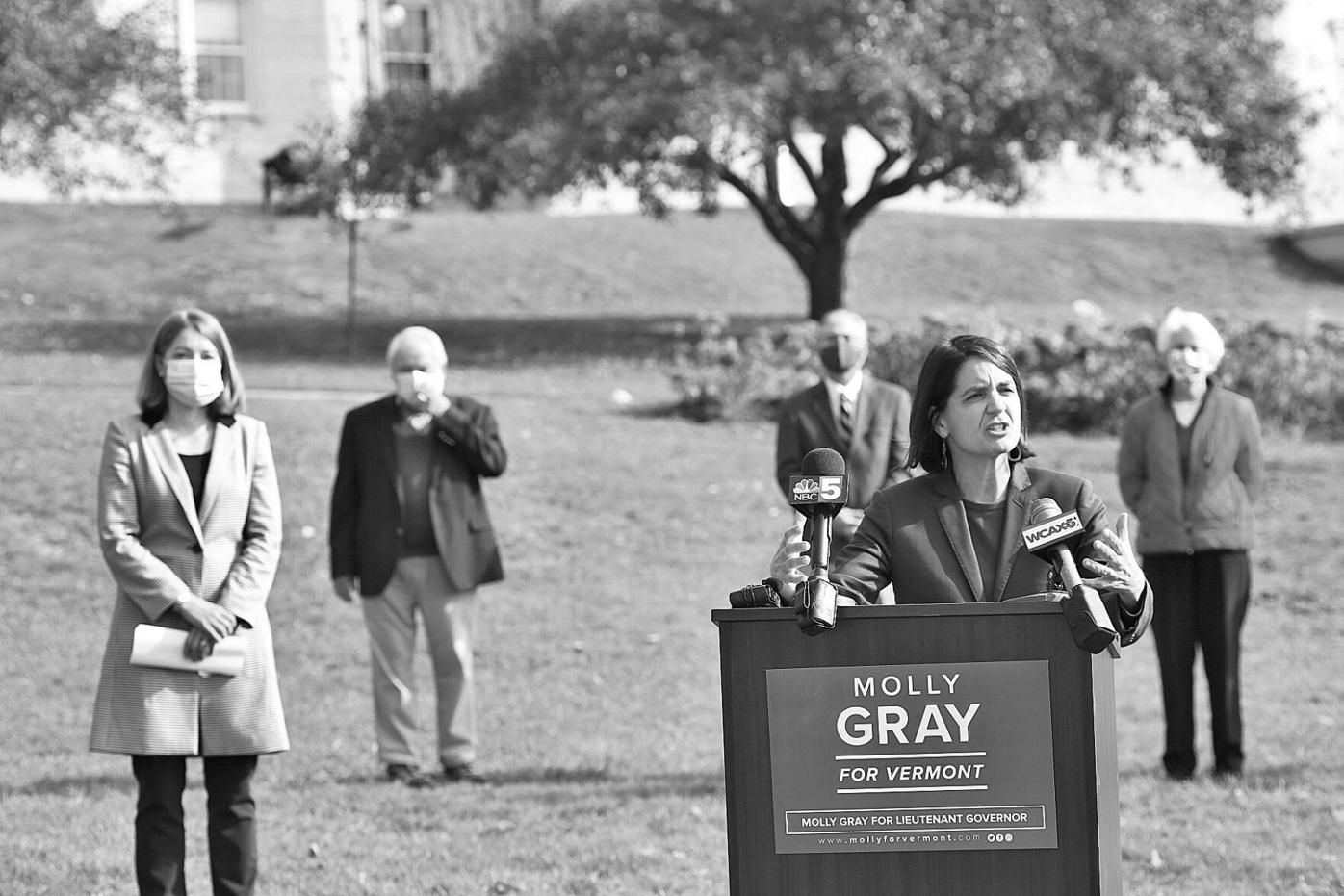 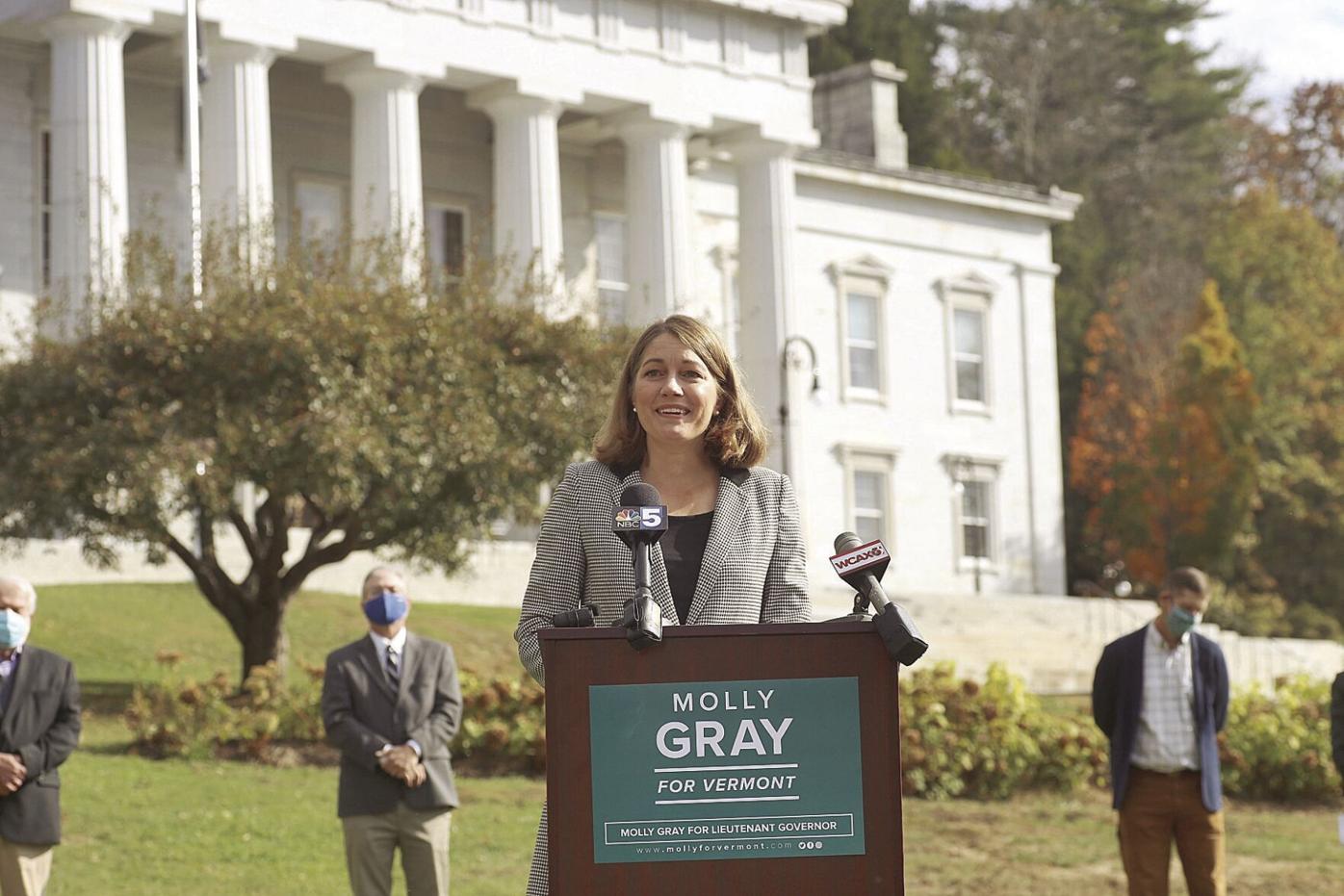 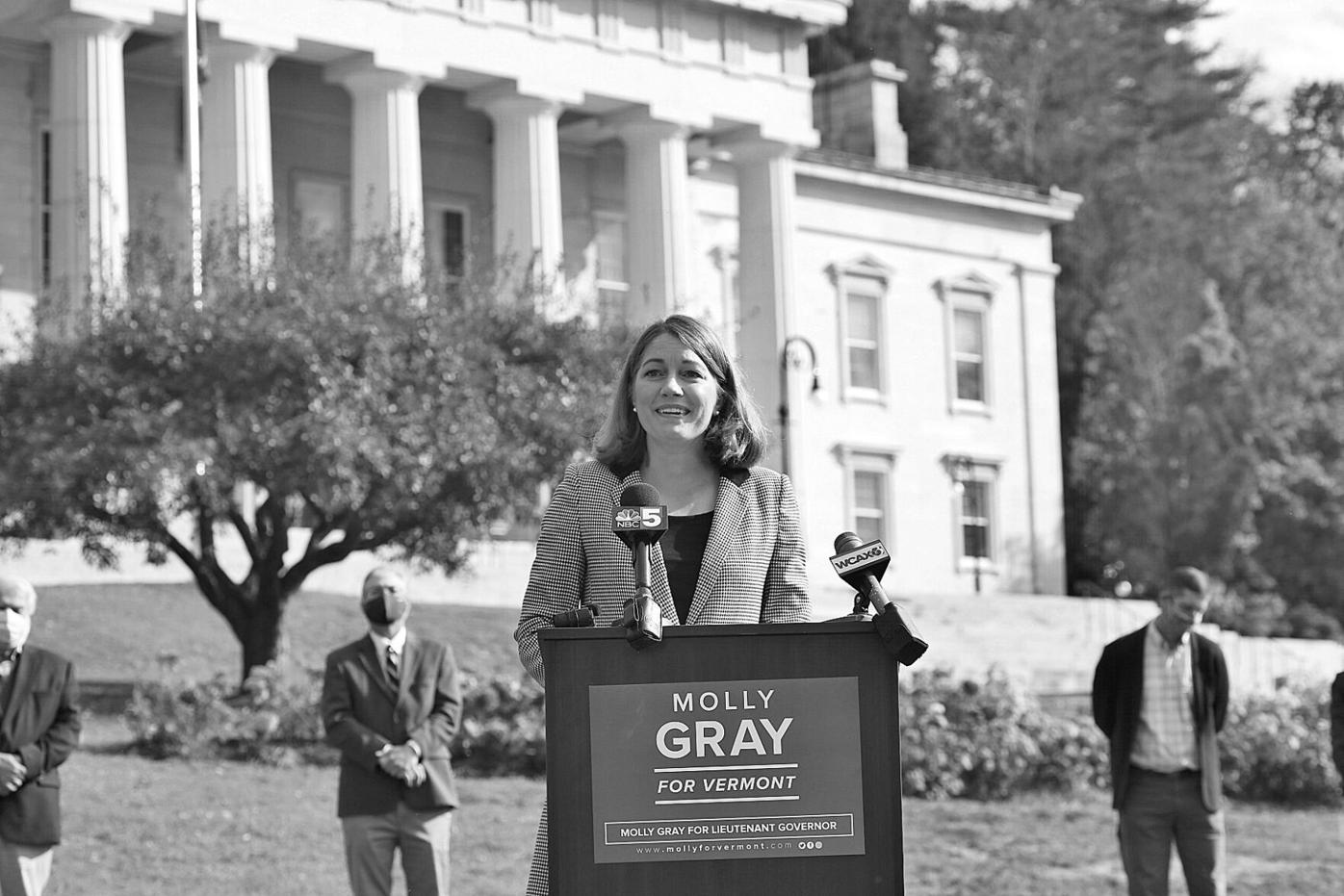 MONTPELIER — Sixteen members of the Vermont State Senate on Monday endorsed the candidacy of Molly Gray for lieutenant governor — the elected position that presides over the chamber.

Monday on the statehouse lawn, the body's Democratic majority Leader, Becca Balint, D-Windham, and fifteen other senators announced their endorsement of Gray, the Democratic nominee for the position. Gray is running against Republican business owner Scott Milne, and recent polls suggest the race is close.

"This election is about the future of Vermont," Balint said in offering her endorsement.

Balint said she's supporting Gray "because she knows how important it is to keep our young adults here so that Vermont can continue to thrive. Her support of broadband, affordable childcare and paid family leave shows Vermonters that she understands what young families need in order to make a home here."

Sens. Brian Campion and Dick Sears, who represent Bennington County and Wilmington, were among those endorsing Gray.

"Molly understands the needs of everyday Vermonters and the unique needs of Southern Vermont," Campion said in a statement issued by the Gray campaign. "Molly will be a great Lieutenant Governor and excellent partner as we continue to work in Montpelier and with our federal delegation for the people of Bennington County and Wilmington.”

“After spending time with Molly following the primary, I’m convinced she will make a terrific Lieutenant Governor," Sears added. "She understands the challenges of Vermont’s communities outside of Chittenden County. I enthusiastically endorse her.”

Messages left by phone and email for Sen. Jeanette White, D-Windham, inquiring as to her position on the lieutenant governor's race were not returned by press time Monday.

The Milne campaign took a more jaundiced view of Gray's new endorsements. In an emailed statement, campaign spokesman Mike Donohue said it was "revealing" that Gray "still has not consolidated the support of leaders within her own party."

Donohue further deemed the endorsements "acknowledgement that Gray is bleeding support among Democratic and independent voters who have deep concerns about her lack of voting record and her truthfulness."

Asked to clarify, Donohue pointed out that eight Democratic state senators have yet to offer endorsements.

"It raises the question, why Molly can’t get these Democrats to endorse her, and echoes the finding in the recent VPR poll that only 61 percent of Democrats would vote for her," he said.

State Sen. Debbie Ingram, D-Chittenden, who ran against Gray for lieutenant governor, and state Reps. Linda Joy Sullivan, D-Dorset, and Chris Bates, D-Bennington, have crossed party lines to endorse Milne, but Ingram and Bates are not running for re-election.

A poll conducted for Vermont Public Radio and PBS-Vermont last month suggests the race between Gray and Milne is close, with 35 percent of respondents backing Gray, 31 backing Milne, and 24 percent undecided.

MONTPELIER — Last month, Gov. Phil Scott appealed to potential donors, saying he needed their help to catch up with his Democratic challenger,…