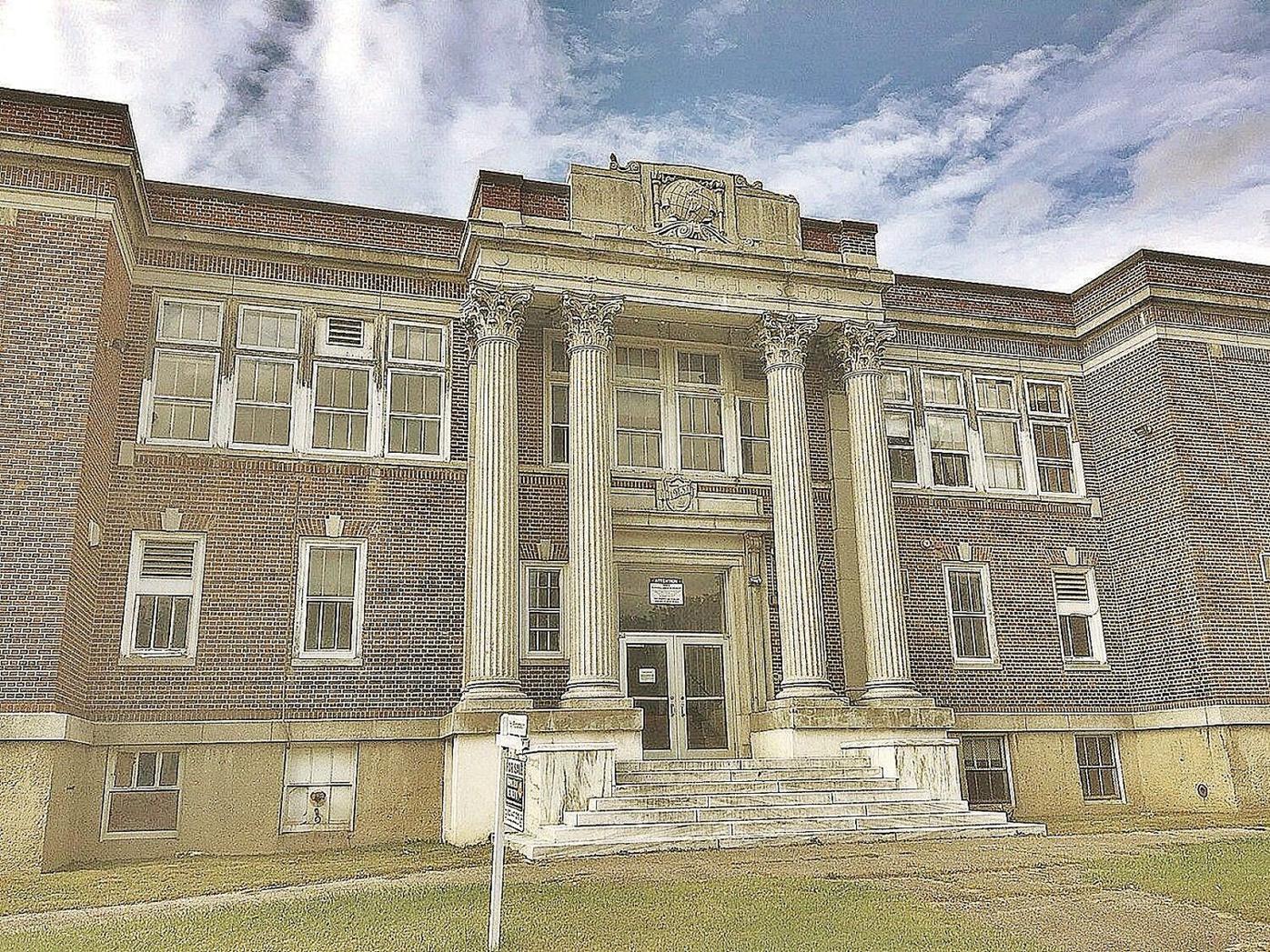 The main entrance of the former Bennigton High School, which was purchased this month by a developer who plans a mixed-use facility and has successfully completed similar projects in the Hudson Valley, N.Y., area. 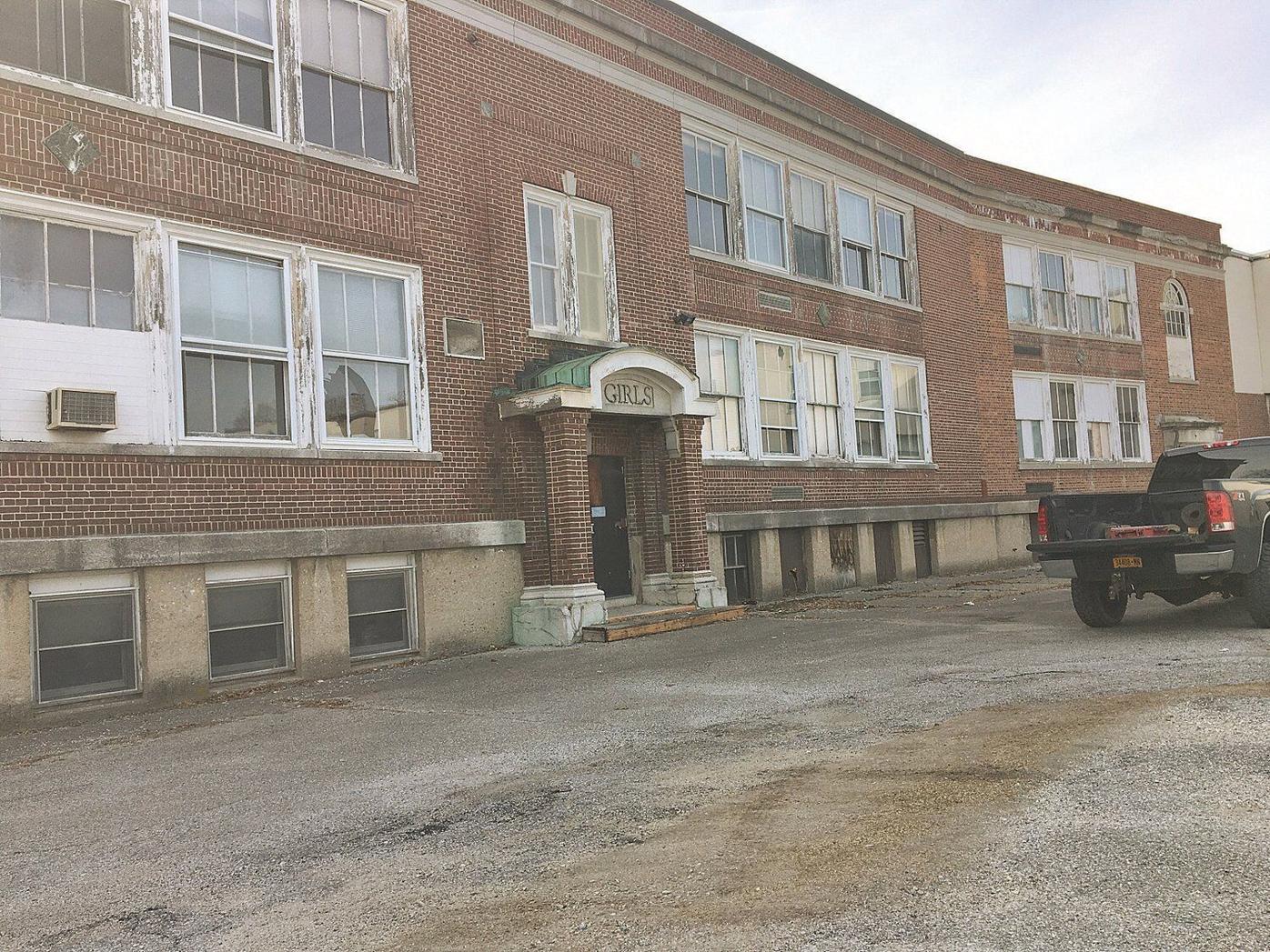 Work on windows and the roof of the former Bennington High School building was underway last week after its purchase by a developer who plans a mixed-use facility.

The main entrance of the former Bennigton High School, which was purchased this month by a developer who plans a mixed-use facility and has successfully completed similar projects in the Hudson Valley, N.Y., area.

Work on windows and the roof of the former Bennington High School building was underway last week after its purchase by a developer who plans a mixed-use facility.

BENNINGTON — The former Bennington High School building has been sold to a developer planning a mixed-use facility that could include artist studio-apartments, professional offices, or performance, gallery or recreation spaces — including possible use of the gymnasium.

Christopher Gilbert, of Red Hook, N.Y., and Dorset, purchased the vacant school building at 650 Main St. earlier this month for $146,000 through his Benn High, LLC, according to town deed records.

Work is underway to secure the imposing brick structure, which dates to 1913 and with additions constructed over the years, encompasses 120,000 square feet of floor space, Gilbert said.

He added that work on interior renovations and infrastructure updates will begin soon and could vary in scope depending on agreements reached with prospective tenants.

One possible tenant, Gilbert said, could be the town of Bennington if it wants to use the gymnasium, which he intends to restore and retain for athletic/fitness purposes. He said he would welcome discussions with local officials concerning that possibility.

In addition to a basketball court, the space includes a climbing wall, he said, adding that work there could be completed relatively quickly, following basic repair work in the building and "a couple of months of cleaning, scrapping and painting."

Overall, he said, "it's a big building, so it could take a few years to get it filled."

Gilbert, whose principal business is designing and constructing homes in the Hudson Valley, N.Y. region, said he also has taken on projects involving other large, older structures that were vacant. He said he noticed the old high school in Bennington was for sale, got in touch with the owner and made the purchase.

The former owner, ML Development LLC, of Ontario, has sought for years to sell the property. Canadian developer Malcolm "Mac" Lewis bought the building at auction in 2009, later saying he hoped to redevelop the former school into condominiums but found the project wasn't economically feasible.

Gilbert, who grew up in Dorset and has a residence there, said he has "kind of a soft spot for Bennington," remembering dining at the former Vermont Steak House or the Blue Benn Diner while in the area. He said he was born at the hospital here and still has family in the Northshire.

Gilbert said his first goal is to repair the roof and windows as needed and do a thorough cleaning of the interior. Window trim scraping, glass replacement and roof work were underway last week.

Although vacant for about a decade, the structure is "in fairly good shape," he said, and has design features that make it unique and architecturally attractive.

The building is on the National Registry of Historic Places and is described as an example of Beaux-Arts architecture, featuring a two-story portico with fluted Corinthian columns.

The school opened in 1913, replacing the first Bennington High School, which opened in 1875 but had become too crowded for the growing town population.

Some might think a large, old vacant building a poor candidate for redevelopment, but Gilbert said that situation "seems like a natural for me," and he is drawn to the possibility of filling those wide spaces.

Among his several rehabilitation projects, he said, are an old foundry building in Hudson, N.Y., which now serves as a corporate headquarters.

Another building, a former chocolate factory building in Red Hook, is now filled with tenants, he said, and a former furniture store in Catskill, N.Y., has been similarly renovated for tenants.

John Shannahan, executive director of the Better Bennington Corp., said he, Gilbert and Southwestern Vermont Chamber of Commerce Executive Director Matt Harrington toured the old school and Gilbert discussed some of his ideas for the property.

He added that local business promotion officials have been providing contacts to Gilbert for business, economic development and government officials who could offer assistance.

"Chris is an interesting guy," Harrington said. "He has some ideas and is interested in hearing from others."

He and Shannahan remarked that it suddenly seems that all the old, large, vacant buildings in the downtown are undergoing changes. Those include the former Hotel Putnam and adjacent historic buildings at the Four Corners, the former Bennington Brush building on North Street, the former LaFlamme's furniture building on West Main Street, and the former town garage off Depot Street.

"I don't think people always see big old buildings as an asset," Harrington said. "Here we have someone who sees value in the school, and in Bennington, Vermont."

News of the purchase by Gilbert comes after a recent failed attempt to create a business incubator facility in the old high school and earlier redevelopment proposals.

In 2018, Charles Crowell said he planned to develop the site, and he entered into a $20,000 loan agreement with the town before that proposal faltered. The town has filed a lawsuit against Crowell for allegedly failing to repay part of the loan intended to support his project.

The complaint asks the court to enter a judgment of $11,223, the amount the town says it disbursed to Crowell under the agreement

The earliest proposal for the old school following its use as a middle school was to create housing for seniors, but that plan also failed to advance.