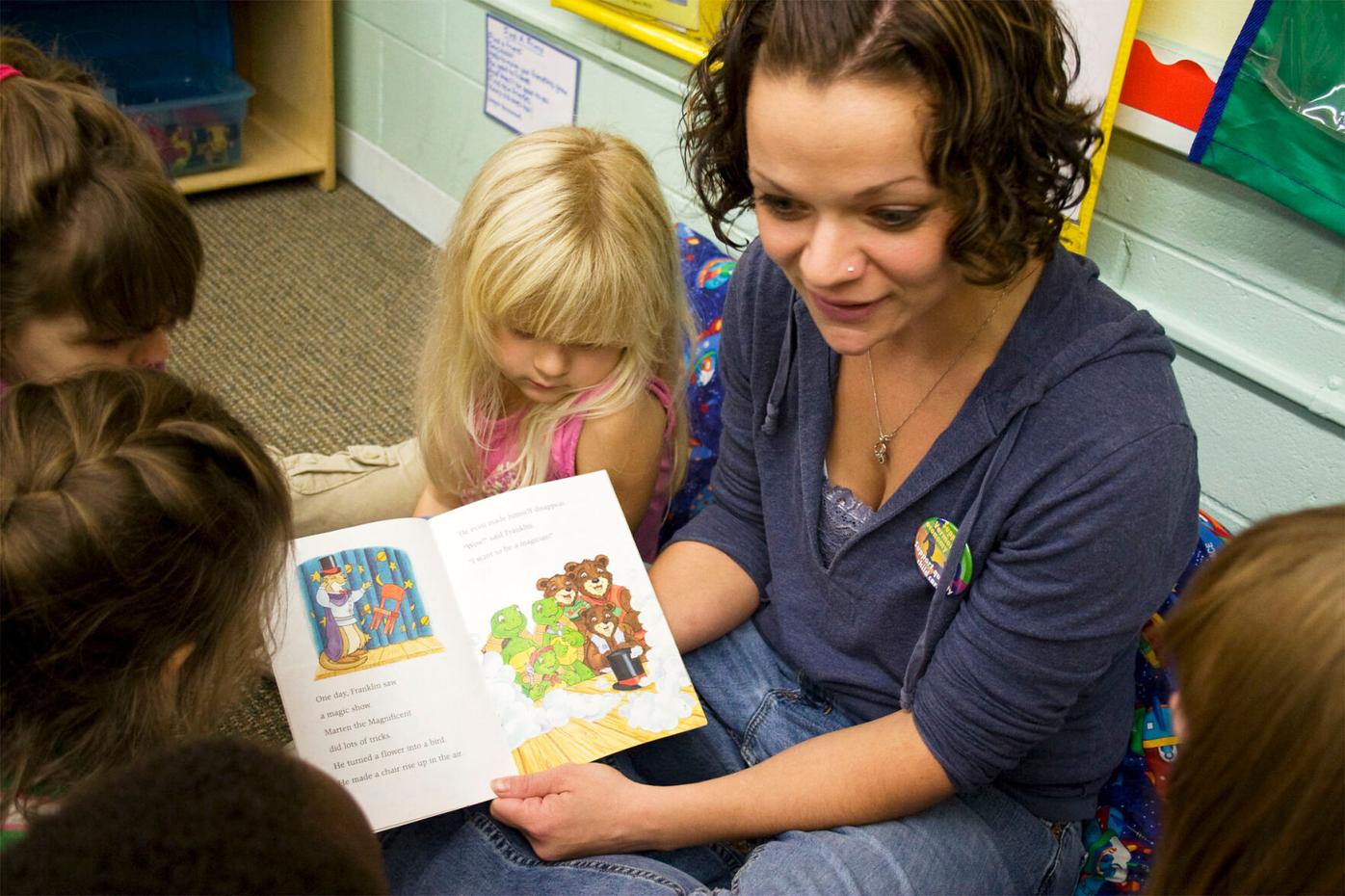 Stacey Miner, a parent and substitute teacher, reads to the children at the Brattleboro Center for Children in this undated file photo while wearing a “Support quality child care” button. 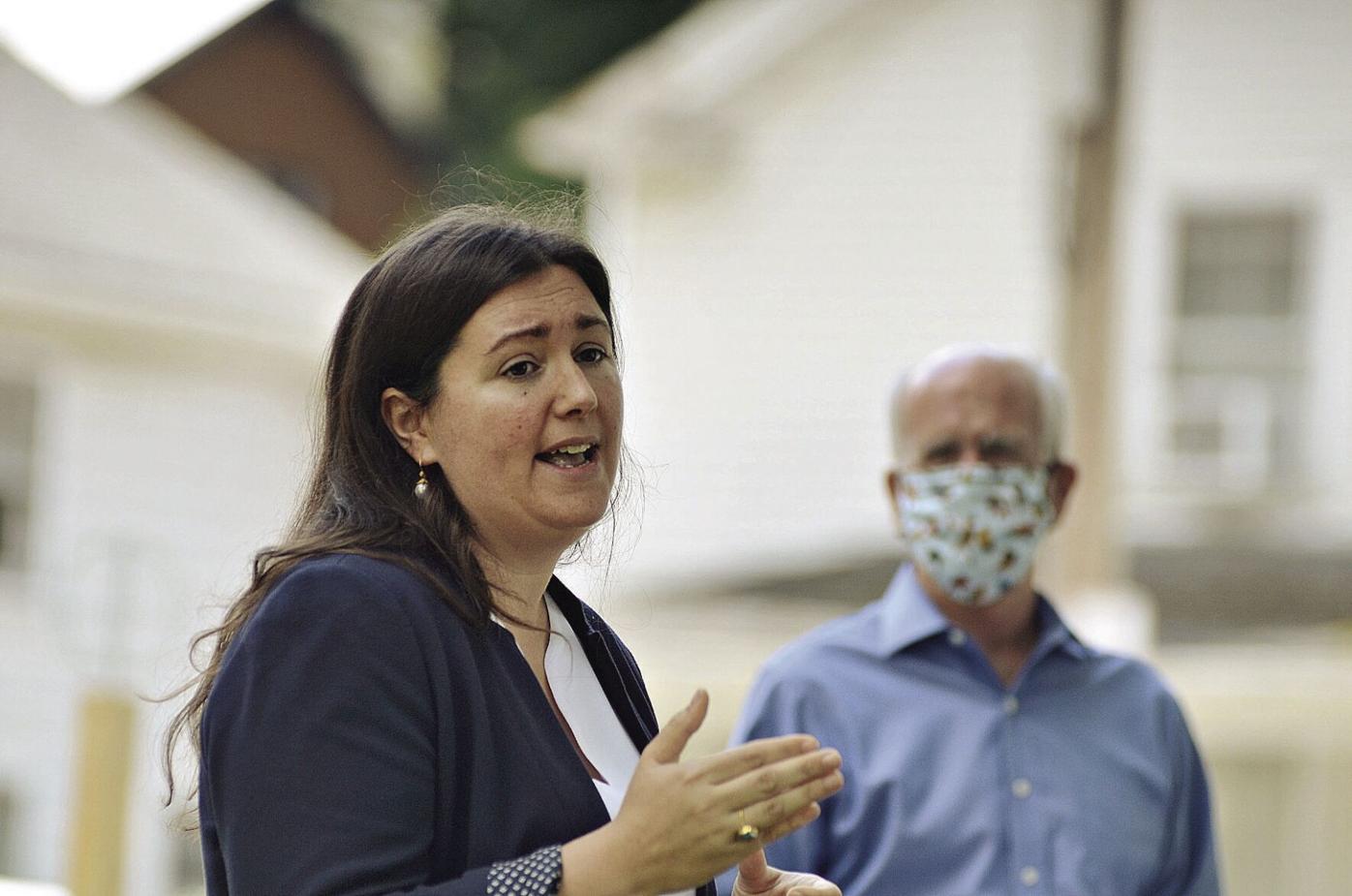 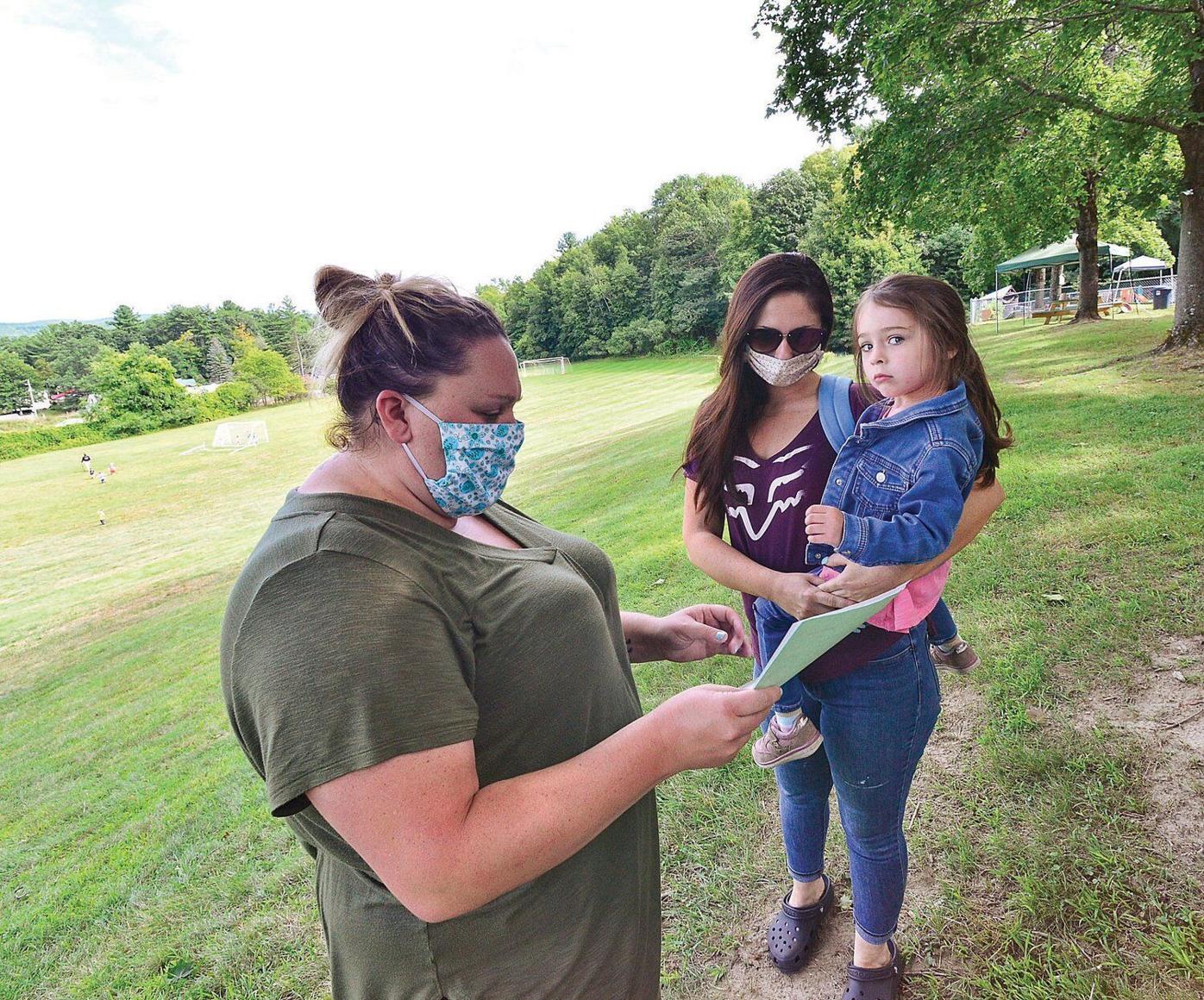 Zoe Atkins holds her 3-year-old daughter, Madelyn Johnson, as Alyssa Kelly, a teacher associate for the Winston Prouty Center for Child and Family Development in Brattleboro, goes over the calendar on Sept. 1, 2020.

Stacey Miner, a parent and substitute teacher, reads to the children at the Brattleboro Center for Children in this undated file photo while wearing a “Support quality child care” button.

Zoe Atkins holds her 3-year-old daughter, Madelyn Johnson, as Alyssa Kelly, a teacher associate for the Winston Prouty Center for Child and Family Development in Brattleboro, goes over the calendar on Sept. 1, 2020.

There’s broad agreement that the COVID-19 pandemic has proven that affordable child care is an educational and economic need.

This week, the House Human Services Committee digs into how to make that possible, with opening hearings on H. 171, a bill proposing the expansion of eligibility and funding for the Child Care Financial Assistance Program. The bill’s goal is that no family pay more than 10 percent of its gross annual income on child care by fiscal 2026. State funding would make that happen.

The bill’s statement of intent is straightforward: “It is the intent of the General Assembly that immediate investments are necessary to support Vermont’s economy, ensure that all families with young children have affordable access to high-quality early childhood education, and that Vermont’s early childhood educators, the backbone of our economy, are fairly compensated and well supported.”

Support for the bill crosses party lines. Rep. Michael Marcotte of Newport City, the Republican chair of the House Commerce and Economic Development Committee, is a sponsor, and you’ll find progressives such as Reps. Brian Cina and Selene Coburn, and Republicans including Michael Morgan, Leland Morgan and Heidi Scheuermann among backers.

Committee chair Rep. Ann Pugh, D-Chittenden 7-2, said a walk-through of the bill with legislative counsel is planned for Tuesday, and testimony will start Wednesday morning and continue over several weeks.

“We will be examining the various separate proposals related to child care access, quality, work force, cost, and affordability embedded in the bill,” Pugh said.

Supporters of the bill, which builds on the work done by the nonprofit Let’s Grow Kids, are adamant that it’s an investment that will pay dividends within the state by empowering employment for parents, growing child care into a career that pays a living wage for educators, and giving kids a head start that will more than return the investment in the long run.

Where things might get messy is in finding the funding. Gov. Phil Scott proposed expanding the lottery to pay for child care, including Keno in bars, but legislative lawmakers seem lukewarm on that funding stream. Scott also said in his budget address that he would not support new initiatives that incur ongoing costs, and increased state spending is how this bill would make its aims come true.

Note: You can watch any House or Senate committee hearing by going to the relevant committee’s page on the Legislature’s website and clicking on the agenda for the week. Hearings are streamed live and archived for later viewing.

The House and Senate Appropriations Committees hold virtual public hearings on the governor’s proposed fiscal 2022 budget at 1 p.m. and again at 6 p.m.

• The House Appropriations Committee will be hearing from state government department and agency heads all week as the budget process begins in earnest. The same holds true for the House Commerce and Economic Development Committee.

• The Senate Judiciary Committee continues its work on S. 18, a bill that would bar certain serious offenses from “good time” sentencing.

• Also planned for Tuesday afternoon, and continuing through the week, is discussion of S. 16, a bill that would establish a School Discipline Advisory Council to collect and report accurate data on school suspensions and expulsions.

Nationally, according to the bill, Black students are suspended and expelled at a rate two times greater than white students. But Vermont’s data is incomplete.

“More data on school discipline practices in Vermont is necessary to understand what strategies are effective and to encourage the adoption of these strategies at the local level,” says the bill, submitted by Sen. Dick Sears, D-Bennington.

At 10 a.m. Joe Segale, the policy, planning and research bureau director at the Agency of Transportation, is scheduled to give an update on autonomous vehicle testing to the House Transportation Committee. Yes, you read that right: we’re talking about cars that drive themselves.

• The House Judiciary Committee welcomes Department of Public Safety Commissioner Michael Schirling for a discussion of the model statewide law enforcement use of force policy. The panel will then hear testimony on H. 145, a bill proposing changes in the use of force statute passed by the Legislature and signed into law last summer.

How many calls have you gotten in the past week (or day) about your car’s extended warranty? If so you might be interested in S.11, “An act relating to prohibiting robocalls,” starting at 8:30 a.m. in Senate Judiciary. Also on the Friday committee agenda: Discussion of how internet and cell phone providers have been charging for data overages during the pandemic.