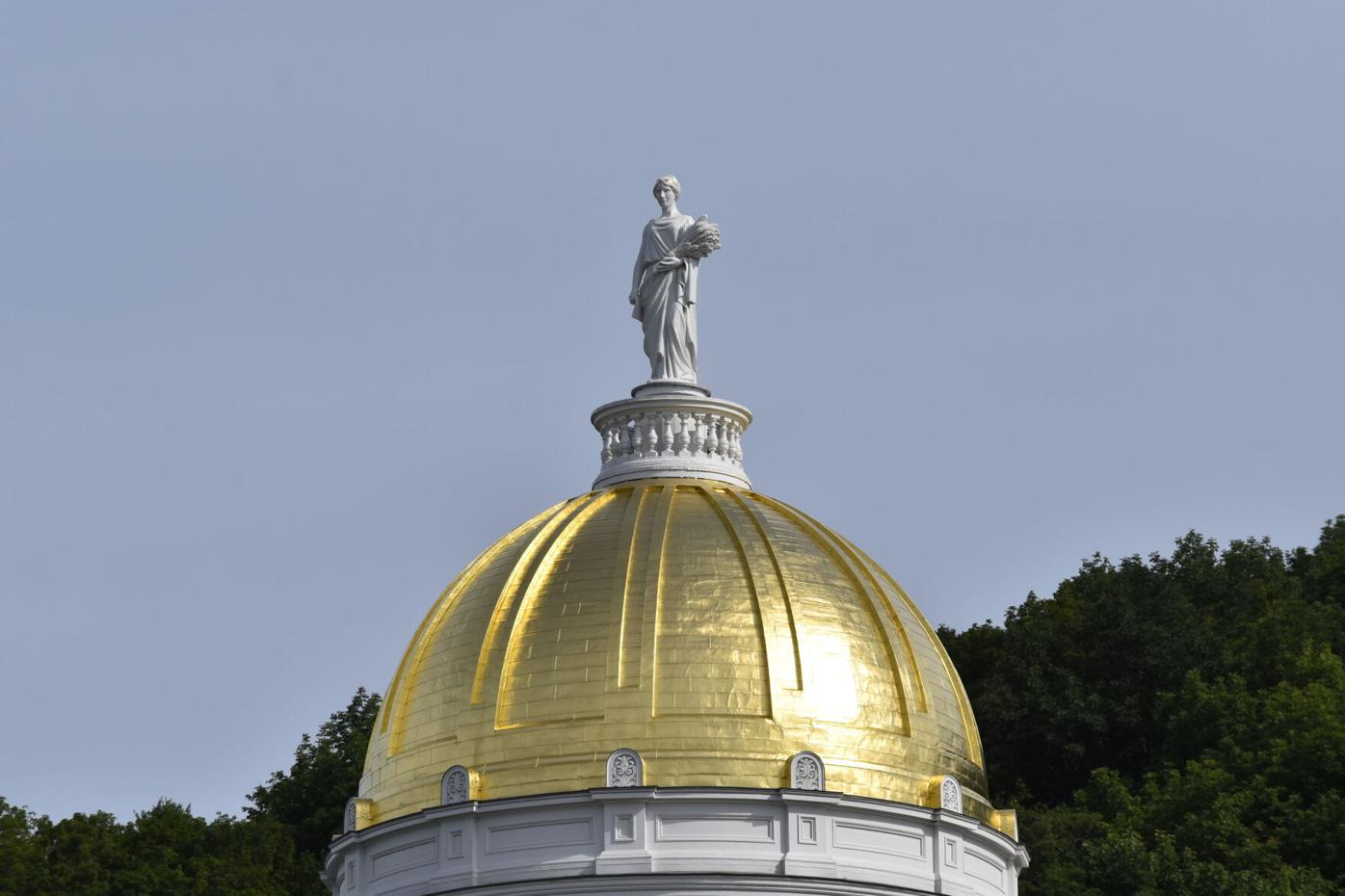 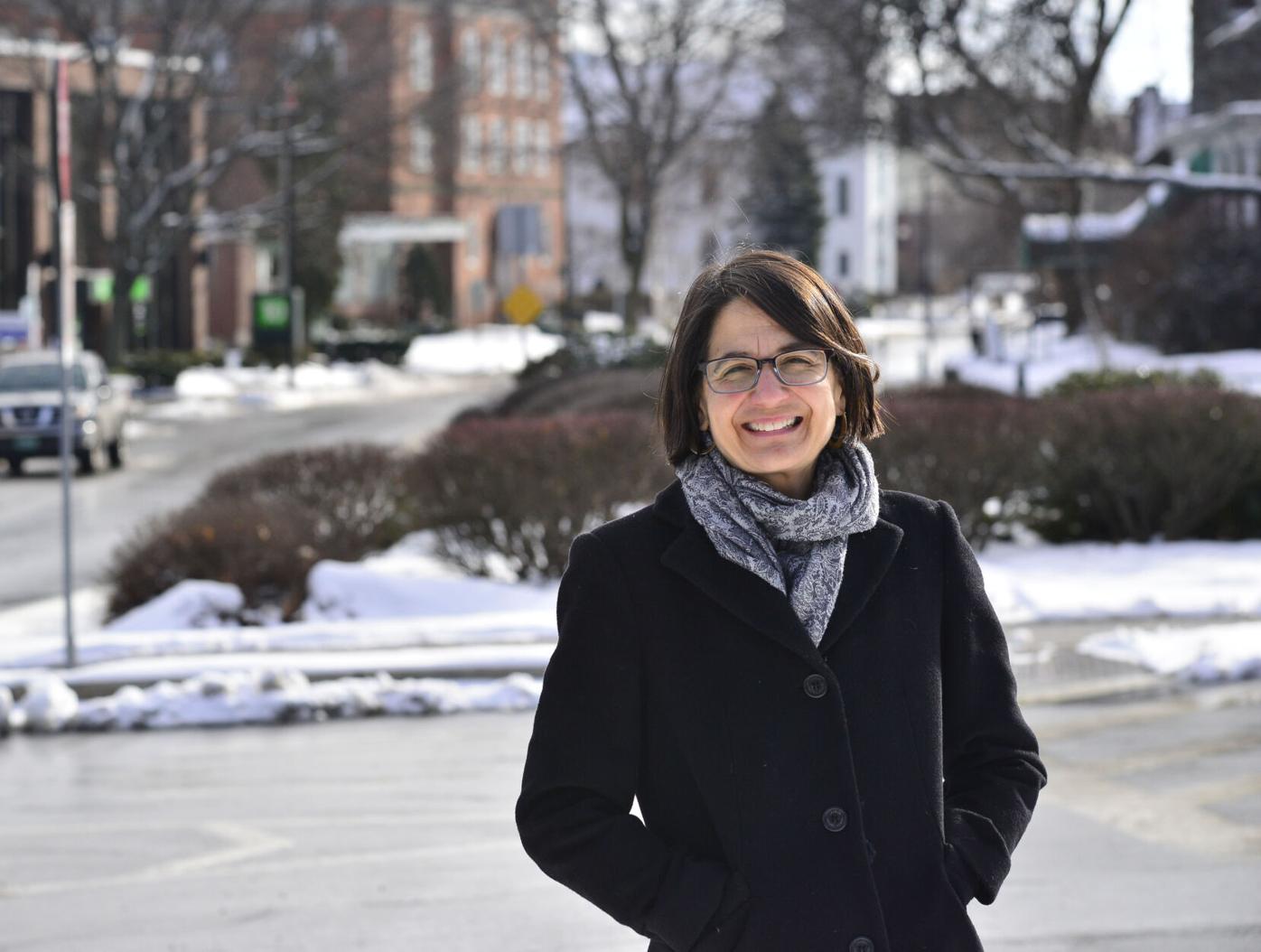 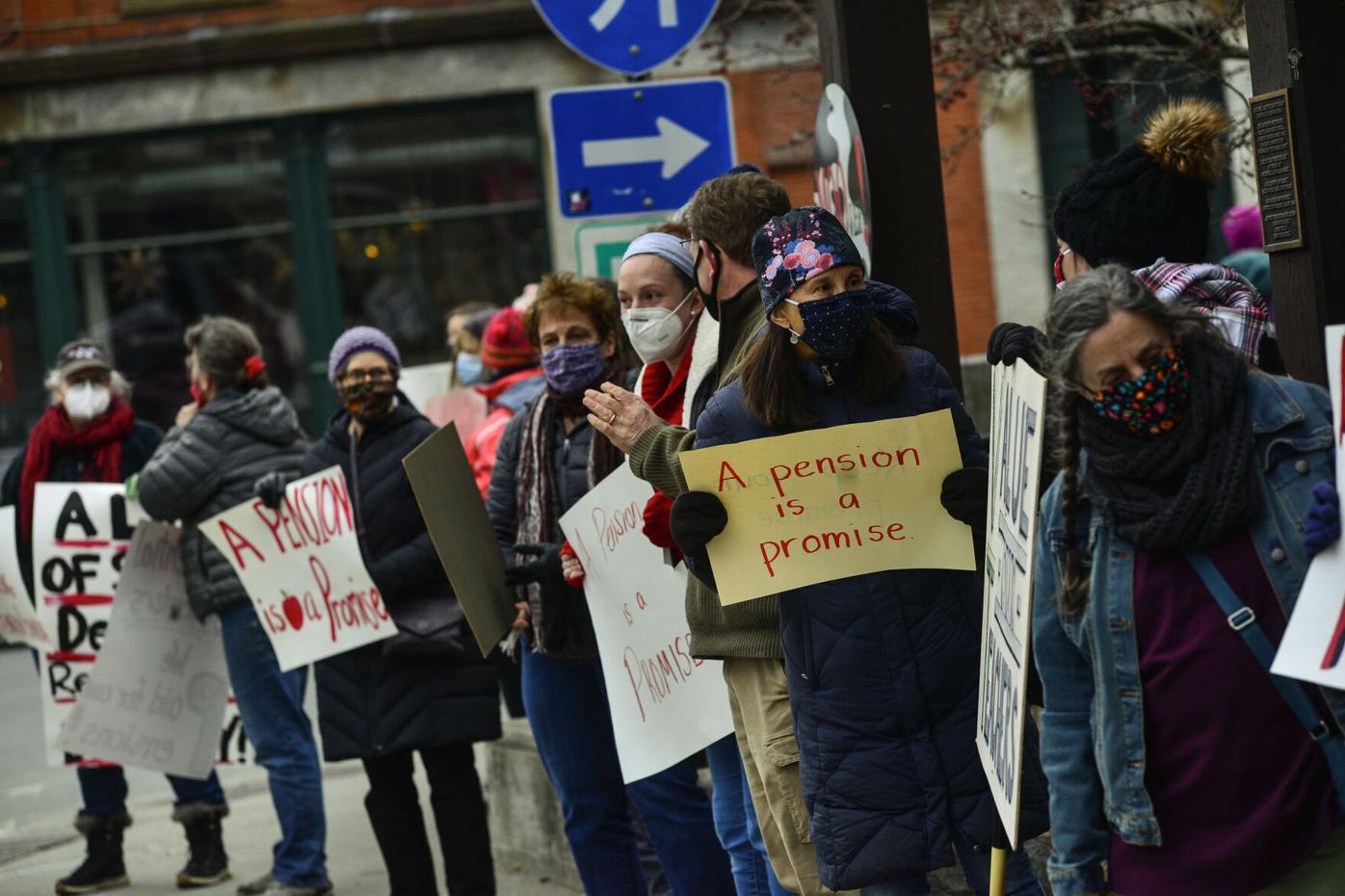 Heather Sperling, a teacher, and others rally at Pliny Park, in Brattleboro, to demonstrate about Vermont’s pension reform plan. 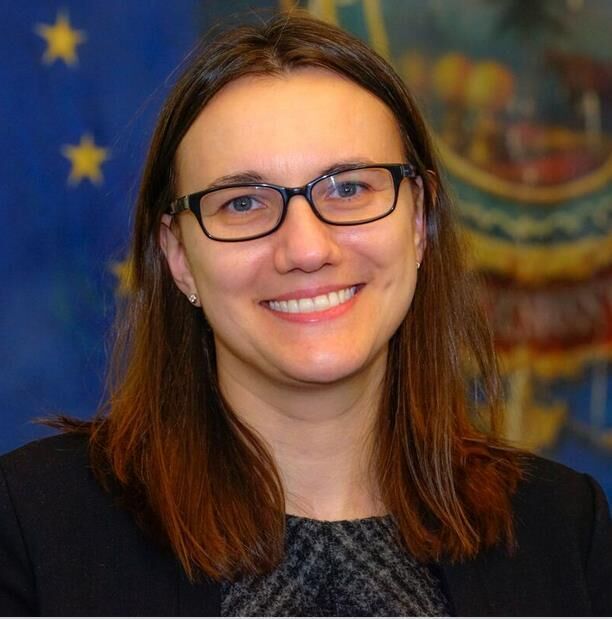 Heather Sperling, a teacher, and others rally at Pliny Park, in Brattleboro, to demonstrate about Vermont’s pension reform plan.

How to sum up an historic legislative session, in which most members never walked through the Statehouse doors?

When the session ran long Friday afternoon and my deadline grew short, I had to leave out many of the end of session speeches that attempted to put the session and its accomplishments into context and perspective.

All took time to thank the support staff that kept state government humming during the pandemic: Legislative Counsel, the Joint Fiscal Office, the information technology staff, the Sergeant at Arms, and the House and Senate clerks, BetsyAnn Wrask and John Bloomer Jr., respectively.

Many pointed to the accomplishments of the year: Proposals to expand child care and high-speed broadband access; the allocation of millions of dollars in federal pandemic relief, benefitting housing, climate, clean water and workforce development via the state colleges system.

Scott hailed the work done on village and town center development, equity in health care and schools, the repeal of the statute of limitations on child abuse and the ban of the so-called “panic defense” by defendants accused of assaulting persons on the basis of orientation or gender.

“Vermonters are already better for it and we’ve once again shown America what can be achieved when elected leaders have the courage to put progress ahead of politics,” Scott said in an address delivered to both bodies.

“I want to thank the Speaker and the Pro Tem for their leadership, their candor during our frequent meetings and for always keeping their word,” Scott said. “I also want to thank the minority and majority leaders, the committee chairs — [Sen. Jane] Kitchel and [Rep. Mary] Hooper, in particular — and each and every one of you for working in good faith to seek consensus wherever possible.”

Balint related a household mishap that threatened to derail her Friday morning: a bottle of maple syrup shattering on the kitchen floor, and the need to get it cleaned up before the family dog’s curiosity caused a veterinary calamity. Serving in the legislator can be like that, she said.

“A lot of what we do as legislators is like this. It’s not glamorous. It’s messy. It’s often about sticky goo. It’s really not tidy at all,” Balint said. “My returning legislative colleagues, you’ve all known this. And yet you still serve.”

Balint also reflected on how difficult the past year has been across the state.

“Today I am thinking about all the families across Vermont who lost a loved one during the pandemic” to a virus or other cause, Balint said. “Dealing with grief and loss during this pandemic and this time of social distancing has been terribly cruel. As we look ahead to the brighter days that await us very soon, please be gentle with one another as we learn to be fully present with each other again.”

The theme of bipartisan cooperation was another common thread.

“If we had to reduce this legislative session to a few words, those words would include flexibility, tenacity, and patience,” Long, D-Windham 5, said. “I’m grateful for the collaboration among us in the legislature and the respect with which we treat each other. Vermonters expect nothing less from us.”

WHAT I DID ON MY SUMMER VACATION

Technically, being a state representative or state senator is a part-time job.

In reality, that’s just not true. For proof, keep your eyes peeled this summer to work lawmakers will be doing on some critical decisions that will need to be made in January.

Per-pupil weighting factors: The legislation that created this legislative task force went to great pains to emphasize that the 2019 University of Vermont weighting study — and weights it prescribed addressing the costs of educating children experiencing poverty, new English learners, and rural students — are to be the task force’s focus.

The scope of work also includes ways to mitigate the financial impact in districts that see their tax rates change significantly as a result. But most importantly, it requires a legislative proposal, ready for members to debate when they return to work.

Lawmakers including Rep. Laura Sibilia and Sen. Philip Baruth warned colleagues that they need to pay attention to how the new weights will impact their district, and ready constituents for those changes. When the proposal is made to the Legislature, we’ll see if the commitment to funding equity can withstand the local tax impact.

• Unfunded pension liability: A task force including lawmakers, state officials and union representatives faces the daunting challenge of coming up with a way to close the unfunded pension liability for state employees and teachers. There are millions of dollars at stake, and no easy solutions. It’s likely to include a mixture of restructuring benefits and raising revenue via employee contributions and/or taxes.

The solvency of the pensions and the state’s bond rating hang in the balance. Leadership understands the gravity of the situation. But their resolve will be sorely tested, depending on how the employees — who are also the Democrats’ core constituents — react to the proposals.

Another initiative that’s not being taken up by lawmakers, but has future implications for the state budget, are a pair of studies proposed in H. 171, the child care expansion bill.

They include an analysis of existing child care systems and needs, due in July of 2022, and a financing study of the bill’s goals — limiting child care costs to 10 percent of families’ gross income and raising the field’s low salaries — due in December of 2022.

S. 79, a bill establishing a rental housing registry and programs to help unused and out-of-code apartments return to occupancy, had passed the House on Thursday after a rigorous debate, and again Friday on third reading. While there were no guarantees, there was a path to the finish line available — if it could just get to the Senate.

But the bill never arrived in the Senate, despite surviving multiple roll call votes on the rental registry and tripartisan support on other areas of agreement.

When time is of the essence and the usual waiting periods are impractical, the House and Senate may vote to suspend their own rules and motion an action “forthwith” — a legislative-speak word for “immediately.”

But there are complications:

• A vote for a rules suspension requires a three-fourths majority of the lawmakers present. Usually, these are decided by voice vote, and nary a “nay” is heard.

• In the Vermont House, it is customary for the Speaker to ask the minority leader to offer procedural motions, such as rules suspensions. It’s “a custom and practice of the House,” Krowinski said.

Any other week of the legislative term, the bill would have simply meandered its way to the Senate. But on the last day of the session, the only way to move the bill from chamber to chamber and get it across the finish line was a motion to suspend the rules.

And according to Krowinski, McCoy declined to offer such a motion for S. 79. (Messages left for McCoy were not returned on Sunday.)

That left it to Progressive Caucus Leader Selene Colburn to offer a motion to suspend the rules, She did so, and requested a roll call vote.

A roll call for a rules suspension would have required 111 yes votes to succeed. And despite Rep. Tom Stevens reminding his colleagues that the bill was time-sensitive, the motion failed, with 99 yes votes — 12 votes shy.

But the roll call also enshrined in the record that GOP members were against the bill, and against moving it to the Senate.

Krowinski was disappointed by the outcome.

“Access to affordable housing is a critical issue in Vermont right now,” she said. “We’ll continue to work on that.”

If there’s a veto override session in June as scheduled, perhaps that’s when S. 79 will finally get back to the Senate — and find its way to Scott’s desk. Krowinski said that’s a possibility.