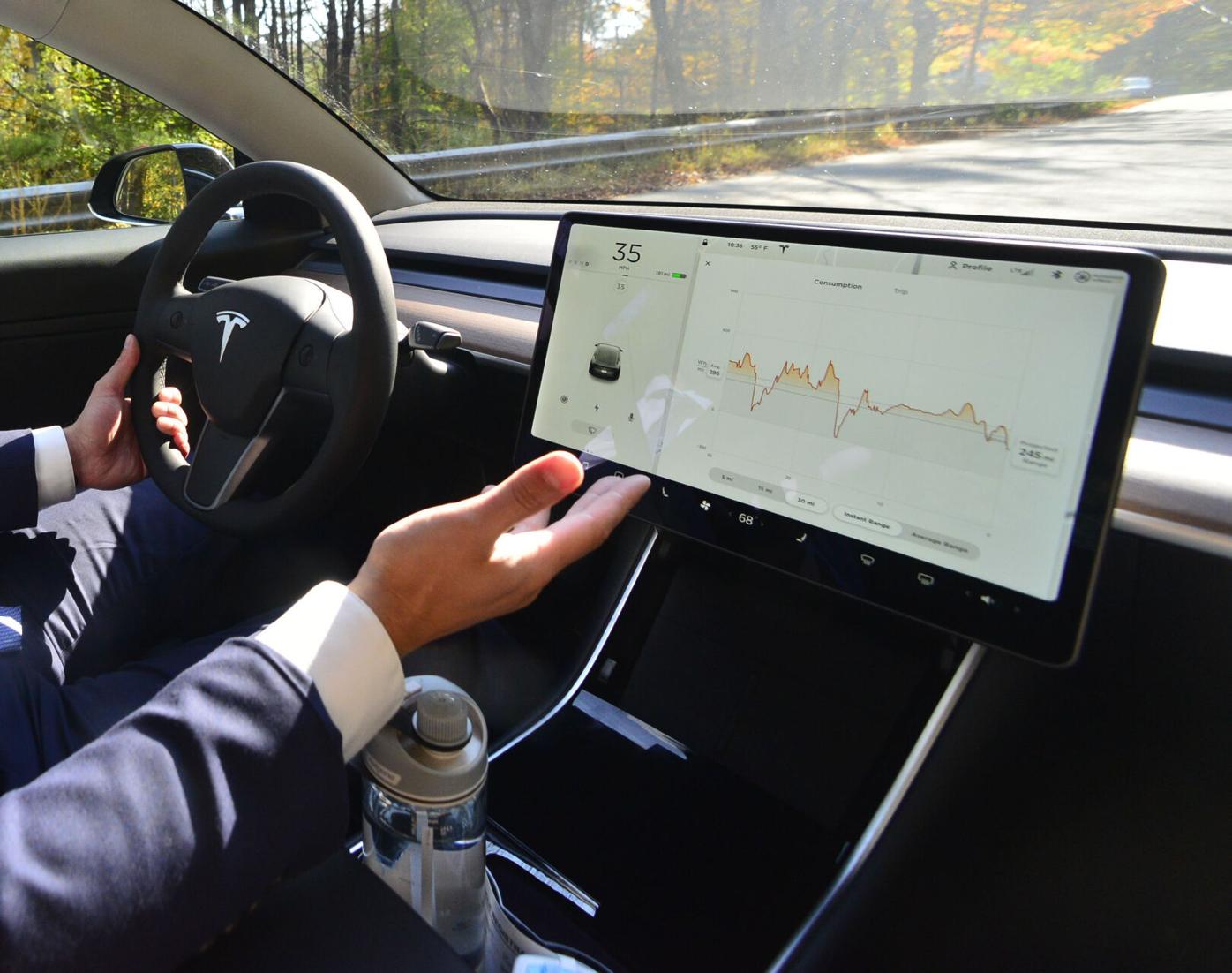 Windham County Sheriff Mark Anderson talks about the advantages of having an electric vehicle as he drives in a Tesla set for conversion into a police vehicle in 2020. 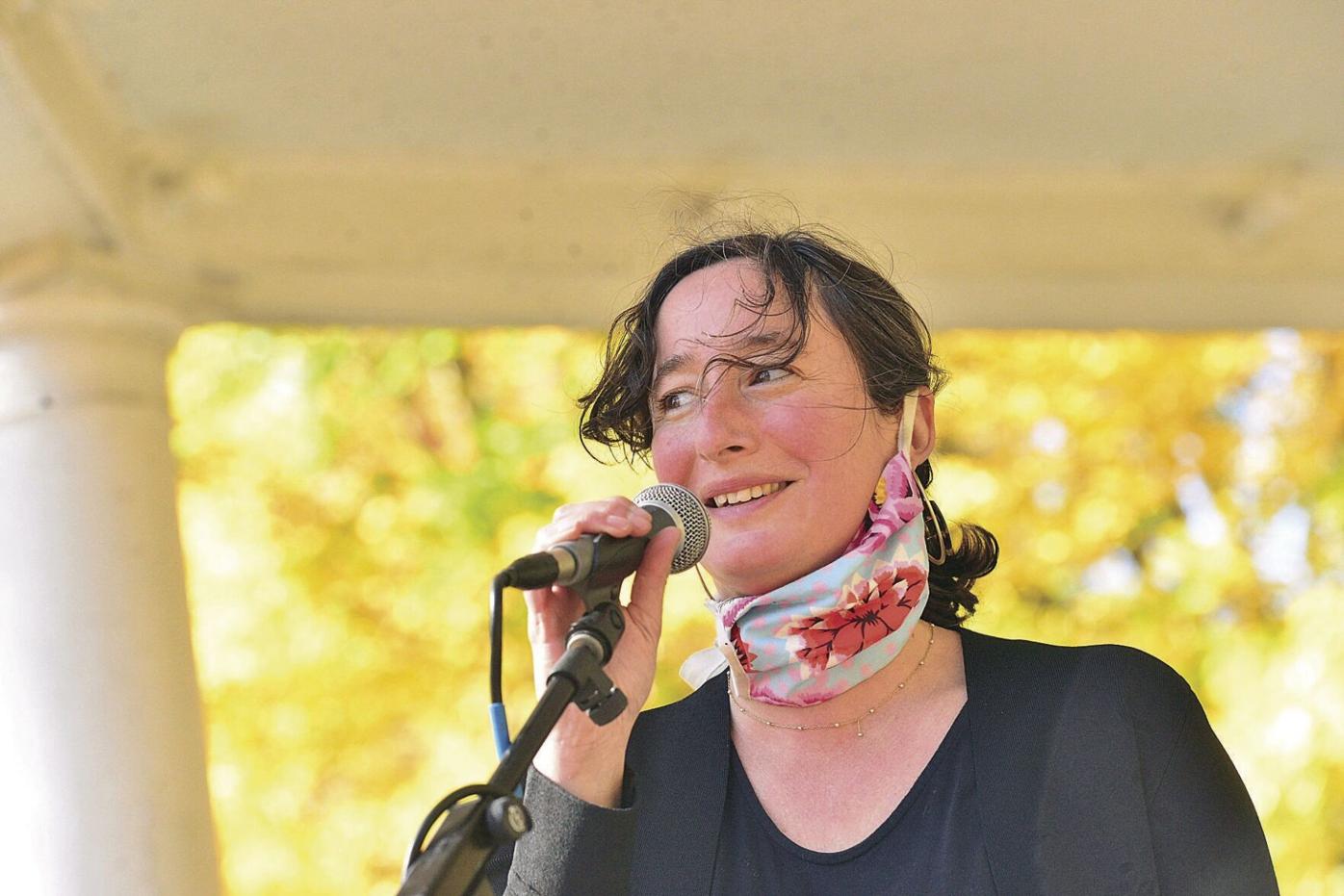 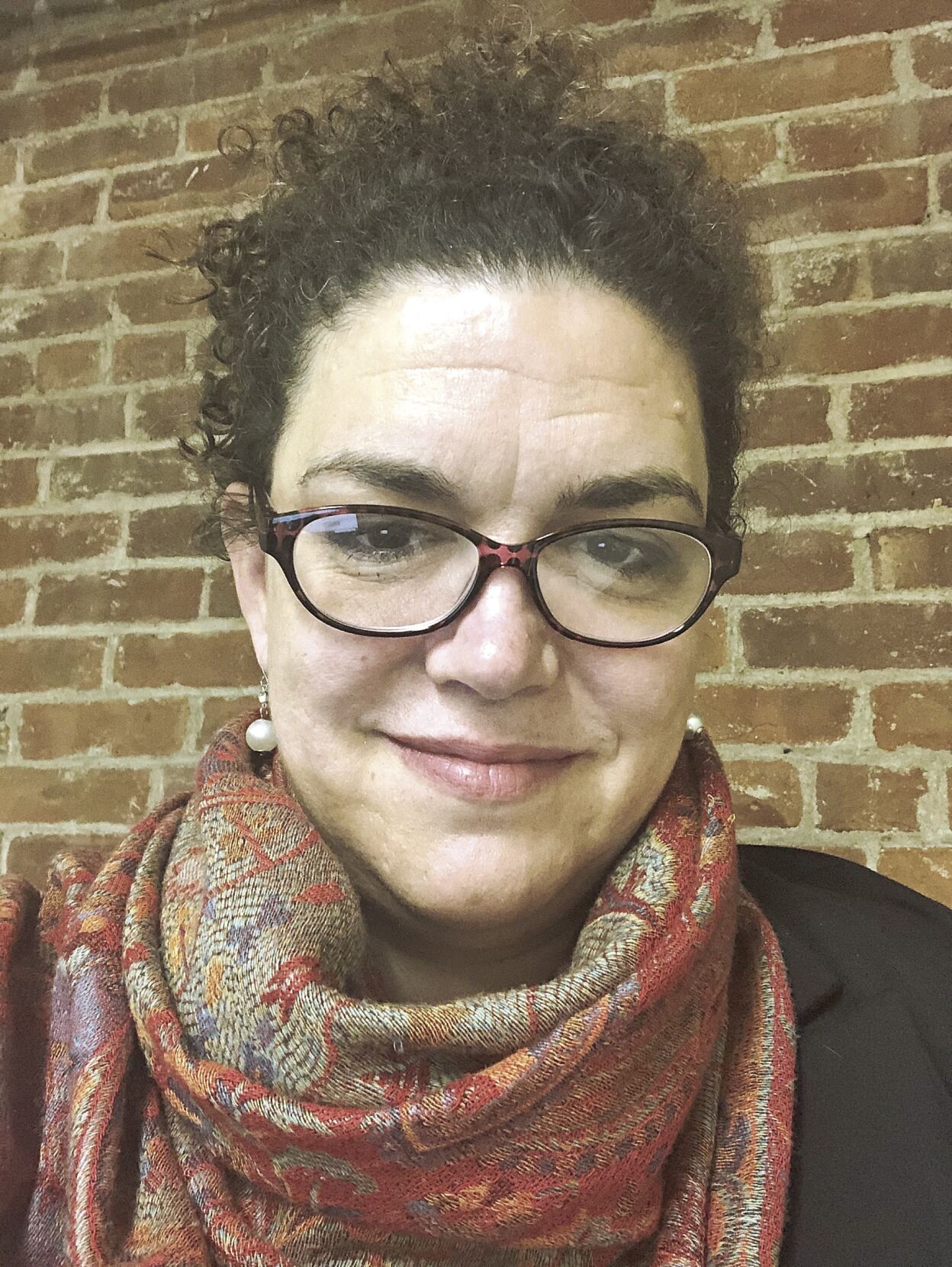 Windham County Sheriff Mark Anderson talks about the advantages of having an electric vehicle as he drives in a Tesla set for conversion into a police vehicle in 2020.

The Legislature got some rest last week during its Town Meeting break. They’re back to work now, and there will be more than enough to keep them busy as the House-Senate crossover deadline looms on Friday. As always, you can watch the House and Senate’s committees, either live streaming or at your convenience, by finding their agendas on the Legislature’s web page.

If you’re seeking for one-stop shopping in the House, the Ways & Means Committee, including Reps. Emilie Kornheiser of Brattleboro and David Durfee of Shaftsbury, seems a good place to train your focus this week. After all, legislative proposals in bills tend to require spending, and what things cost often informs how much ambition the state can afford.

On the House Ways & Means agenda already this week is H. 360, the universal broadband bill passed by the House Energy and Technology Committee two weeks ago. That’s scheduled for Wednesday. Some changes might be in the offing in its funding mechanism, as representatives of the Vermont Economic Development Authority (the state’s public economic development bank) and Treasurer Beth Pearce are meeting with Energy and Technology on Tuesday at 2 p.m. Rep. Laura Sibilia of Dover is vice-chair of that panel.

Tuesday, Ways & Means looks at H. 175, the bottle bill that passed the House Natural Resources, Fish & Wildlife Committee last week. That proposal would double the beverage container deposit to 10 cents and expand the universe of eligible beverages to water and sports drinks, among others.

Not yet listed on the Ways & Means agenda, but possibly appearing by the end of the week, are the child care bill (H. 161), and a school building financial aid draft proposal. Both are likely to pass out of their respective committees on Tuesday, though the child care bill is likely bound for Commerce and Community Development, too.

On the Government Operations agenda all this week, time has been set aside for “pensions,” with no further elaboration as of this writing. (Note: Legislative agendas are updated throughout the week, so always check ahead.) The committee has held hearings on the unfunded pension mandate over the past month with union leaders and Pearce, and there’s interest in addressing the problem, given its impact on the state’s bond rating. But there’s no easy solutions for how the state will bridge a pension gap expected to grow by $600 million this year alone.

In House Commerce and Economic Development, H. 159, the Better Places proposal, is being expanded to become the committee’s economic development bill. It’s the only item on their agenda, and they’ll dig in Tuesday with a discussion of seed capital with Cassie Polhemus, CEO of the Vermont Economic Development Authority, and Frank Coffi, of the Greater Burlington Industrial Corporation.

The state’s current use law allows lands to be assessed on that property’s agricultural or forestry value rather than its assessed value. About one-third of Vermont’s total acreage is in current use, so how this program operates is pretty important. The House Natural Resources, Fish and Wildlife Committee will have a look at how properties are assessed for current use starting Tuesday, with invited witnesses including Department of Fish and Wildlife Commissioner Louis Porter and Parks and Recreation Commissioner Michael Snyder. Reps. Seth Bongartz of Manchester and Nelson Brownell of Pownal are committee members.

A busy week for the House Judiciary Committee starts Tuesday afternoon with discussion and possible votes on H. 133, a proposal that would allow for emergency relinquishment of firearms in restraining order cases; H. 87, which would introduce a new classification system for felonies and misdemeanors; and H. 145, which amends the standards for law enforcement use of force.

As electric bicycles gain popularity, a bill before the Senate Transportation Committee defines the rules of the road for what they are and aren’t, and what requirements should apply for their use. The bill, S.66, sponsored by state Sen. Brain Campion, classifies eclectic and motor-assisted bikes by their power output and top speed, and sets parameters for their use. Testimony is set to begin at 11:30 a.m. Tuesday. Here’s the full bill as introduced.

As Senate Education Committee chair, Campion will preside Tuesday afternoon over continuing discussion of S.81, a bill making changes to the school employee healthcare negotiation process, and S.100, which would require public schools “to make available school breakfast and lunch to all students at no charge” and promote the purchase of local food for that purpose.

When electric vehicles become more common, how will the state’s power grid accommodate the demand, yet encourage the use of EVs at the same time? Section 11 of a miscellaneous transportation bill takes up that question, and at 9 a.m., representatives of utilities and the state Public Utility Commission will take up that very question with the House Energy and Technology Committee.

The House Transportation Committee, which includes Reps. Mollie S. Burke of Brattleboro and Timothy Corcoran II of Bennington, is working on that bill all this week.

At 8:30 a.m. Wednesday, the Senate Judiciary Committee will consider an amendment offered by Attorney General T.J. Donovan to S. 3, a bill dealing with competency to stand trial and insanity as a defense. Bennington State’s Attorney Erica Marthage is expected to testify on the bill, which was proposed by Sen. Dick Sears.

The House Judiciary Committee is scheduled to discuss and possibly vote on H. 183, a bill which would update the state’s sexual assault laws and provide a comprehensive update of what constitutes consent, especially when alcohol and other drugs are involved.