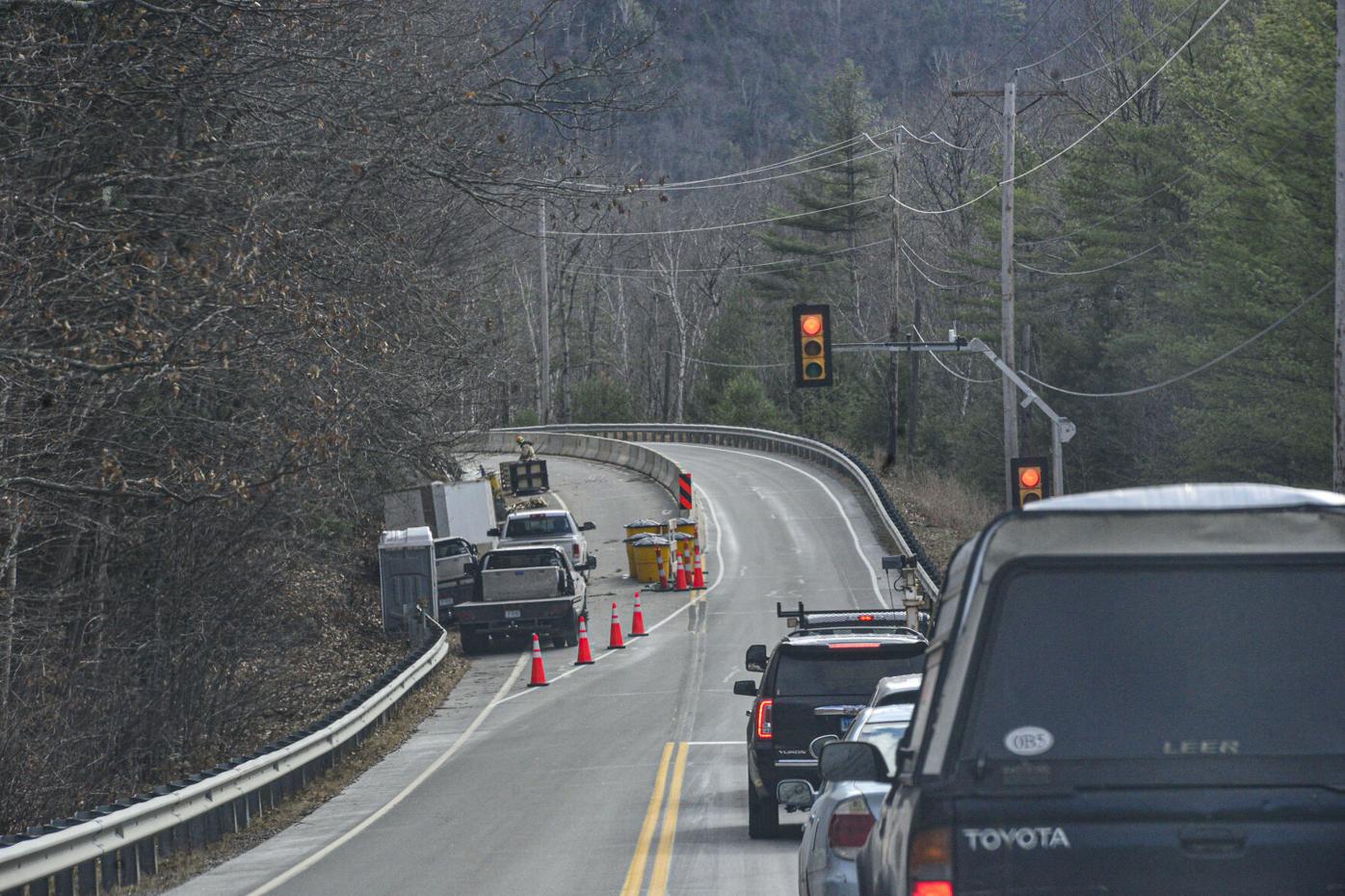 Highway maintenance, such as seen last year on Route 30 in Townshend, is part of the miscellaneous transportation budget being considered by the state this week. 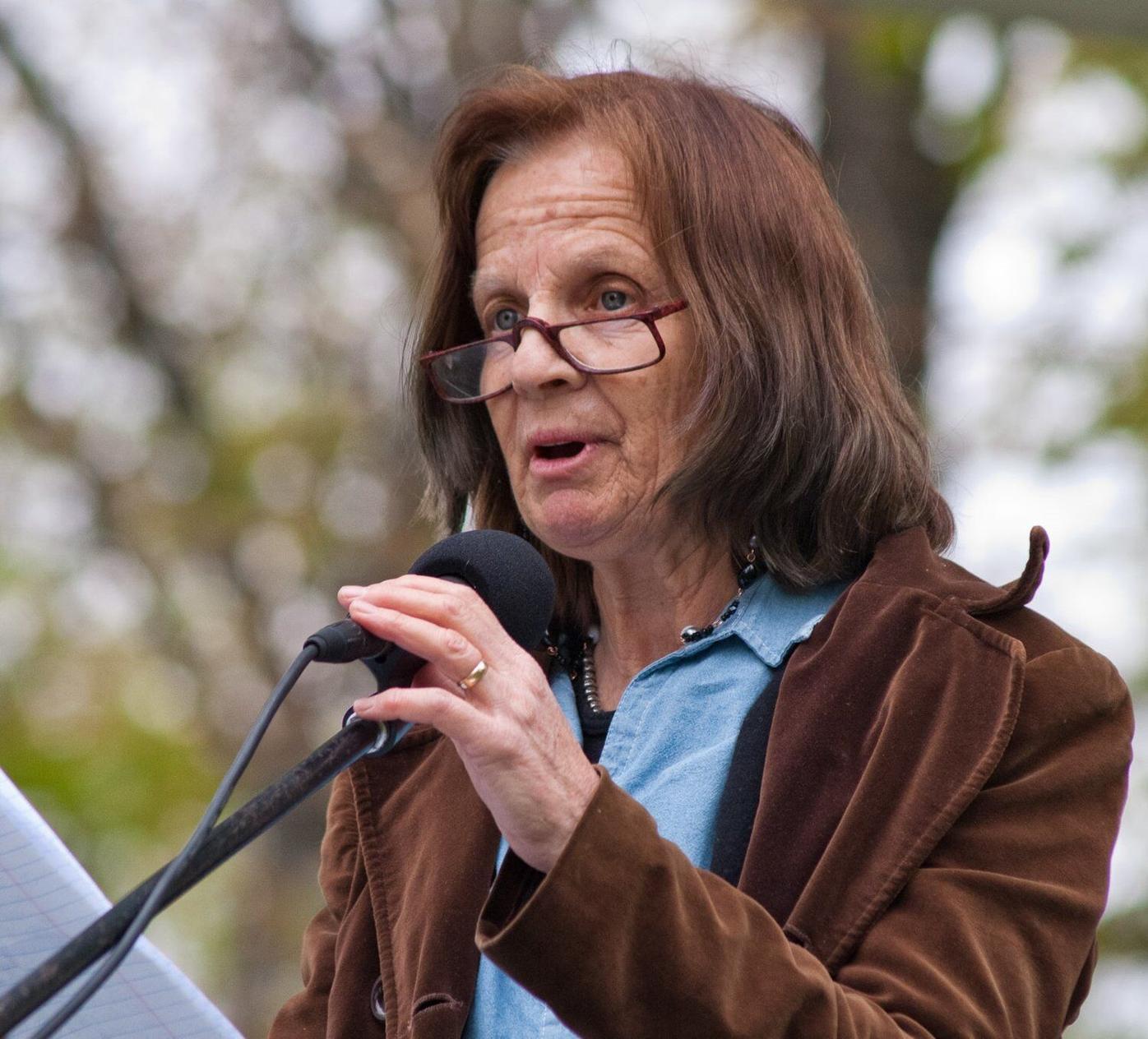 Highway maintenance, such as seen last year on Route 30 in Townshend, is part of the miscellaneous transportation budget being considered by the state this week.

It’s shaping up to be a loaded week in the Vermont Legislature, as the bills which emerged from committee by the crossover deadline make their way to the House and Senate floor for consideration. The committee work has been done, and it’s time to count “yays” and “nays.”

In the House, the broadband expansion bill, H. 360, will be presented for second reading on Tuesday. That proposal would establish a state authority with the ability to seek revolving loan funds from the Vermont Economic Development Authority to local Communications Union Districts such as the Southern Vermont CUD and Deerfield Valley CUD.

Also on Tuesday, the House Transportation Committee, which includes Reps. Mollie S. Burke of Brattleboro and Timothy Corcoran II of Bennington, will present H. 433, the miscellaneous transportation bill, to the full House. It includes funding for electric vehicles, a “replace your ride” program for lower-income drivers wanting to upgrade to more fuel-efficient transportation, and a pilot program for installing electric vehicle charging at multi-family dwellings, as well as funds for road maintenance and repair.

On the notice calendar for Wednesday and thereafter are a slate of important bills: H. 171, the child care bill, which expands eligibility for financial aid and studies the impact of several additional steps to increasing access and raising the industry’s wages; H. 159, the “Better Places” program; and H. 183, which updates the state’s sexual assault statutes to better reflect the affect of alcohol and other drugs on consent.

In the Senate, a great deal of the calendar for the week ahead comes from the Judiciary and Education committees, chaired by Bennington Sens. Dick Sears and Brian Campion, respectively.

From the Judiciary Committee comes, S. 3, a bill updating how competency to stand trial and insanity as a defense are handled by the Vermont court system, and S. 25, which would provide funding assistance to small business ventures representing people disproportionately affected by marijuana prohibition.

Arriving from the Education Committee are S. 13, a bill setting implementation guidance for new per-pupil weights in education funding; S. 100, which would make free school meals universal for all public schools; and S. 114, a proposal for improving literacy among the state’s K-12 students.

Also coming up on the Senate calendar is H. 81, a bill changing the health benefits bargaining rules so that the licensed and non-licensed employees are able to bargain their own benefits with the state separately. Non-licensed workers such as bus divers and paraprofessionals can earn considerably less than teachers, and expected premium increases would hit them harder. Talks between the state and the unions are set to begin April 1.

Educators represented by the Vermont NEA insist that H. 81 is a collective bargaining bill that assures fairness for non-licensed school employees, and nothing more. Meanwhile, school boards and school districts are adamant that a change in the employer-employee health premium split could significantly affect local school boards’ abilities to contain costs, and they sought language instructing arbitration to consider such costs.

According to the Legislative Joint Fiscal Office’s analysis, a shift of 1 percentage point for employers or employees would move $3 million from one side of the ledger to the other. But the Education Committee chose not to add language addressing financial concerns.

“This goes back to making certain that those lower-wage workers in school districts have access to affordable health care. This puts them at the table,” said Campion. “I would say it’s really as simple as that.”

There’s another Senate calendar highlight to discuss: A bill on unemployment benefits that was supposed to have been considered last week but was punted forward in an attempt to reach consensus.

When it was first proposed in January, S. 10 addressed extending COVID-19 unemployment benefit eligibility. But the bill gained significant additions in the committee process: an increase in weekly unemployment insurance benefits, to $637 (or 57 percent of the state annual average weekly wage), and add an additional $50 per week increase in benefits for claimants with dependents. It also freezes unemployment tax rates for a year.

An op/ed written by Shawn Shouldice, the Vermont director for the National Federation of Independent Business, and Richard Wobby, the executive vice president of the Associated General Contractors of Vermont, said the changes will cost the state’s small businesses between $47 million and $56 million.

In the hospitality industry there are concerns that increased benefits will make it harder to find workers.

“I can’t begin to tell you how devastating it will be if we find ourselves in July with lifted restrictions, having to turn away revenue because of a lack of workforce,” Talena Companion, treasurer of the Vermont Association of Wedding Professionals, said in a letter to the Senate Economic Development Committee.

But the expansion of benefits has supporters, too.

In a letter, Kelli Kazmarski, a staff attorney for Vermont Legal Aid, said “If the legislature opts to spend millions of dollars to support Vermont employers, it goes without saying that it should also support Vermont workers to the same degree.

• The House Government Operations Committee has witnessed scheduled to testify on ”pensions” all this week, with no further explanation. It’s known there’s strong interest among House leaders in addressing the state’s multi-billion unfunded pension liability, and Government Operations is where that effort would begin. What form action might take still remains an open question.

• The House Judiciary Committee digs into S. 7, a bill expanding the expungement of criminal records, at 1:15 p.m.

• At 9 a.m., the Human Services Committee hears testimony on H. 265, a bill establishing the Office of the Child Advocate.

• At 3 p.m. the Senate Government Operations Committee gets a walk-though of S. 50, a bill proposing “ranked choice” voting in Vermont.

You can watch any House or Senate proceeding, either streaming live or archived whenever you like, by going to the committee’s page and clicking on its current agenda. You can find listings of committees and their agendas here.

You can access video links for the House and Senate chambers on the Legislature’s home page.