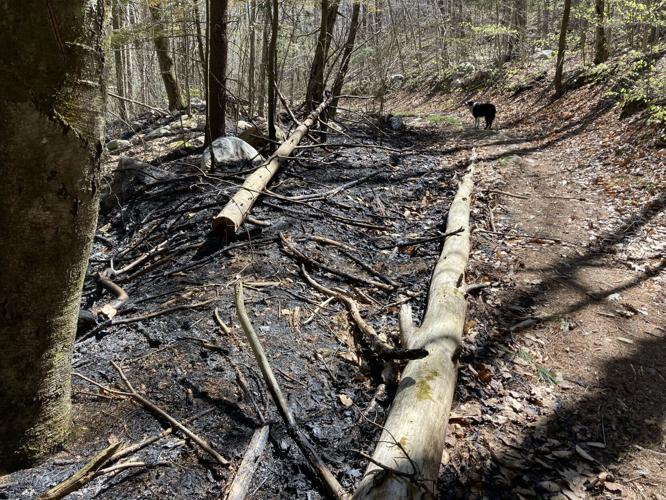 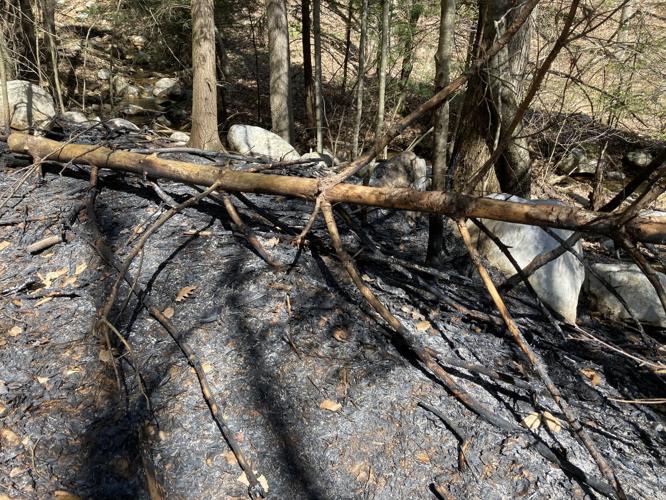 WOODFORD — Dry undergrowth along an old woods road was blackened by a fire that apparently burned itself out but easily could have spread up the mountainside, Fire Warden Gary Hoag said.

Someone camping in the wooded site near the Bennington-Woodford line is considered a likely source for the fire, he said, as a blue tarp and trash were seen in the area. A resident also observed a man with a backpack hiking out to the road.

The woods pathway leads up a steep mountainside on Green Mountain National Forest land off Route 9.

On Monday, Hoag inspected the ancient road, which leads to foundations of an abandoned settlement and a graveyard that dates to the 1700s. He said he called the U.S. Forest Service, which sent people to inspect the burn site.

He also posted a notice that no outdoor fires are permitted because of the dry conditions.

Hoag said he was notified of the burn by former Bennington Select Board member Donald Campbell, of Furnace Grove Road, who said he often hikes the pathway, just east of his property.

Both men said they hope a narrowly avoided forest fire will serve as a warning that the woods are drying out and highly susceptible to brush or forest blazes — especially with a warm, dry forecast for the coming week.

“I’d say Bald Mountain had a near miss,” Campbell said.

If the fire had jumped from the woods road into further brush and groundcover, it might have created a forest fire along the familiar mountainside, he said.

He added that someone had recently cleared the road surface of brush and branches and piled small rocks along the road edge, saying that might have halted the spread.

Hoag estimated that the fire area stretched along the road for about 175 yards and left a blackened swath about 75 feet wide.

The old road is bordered on one side by a small brook, with flat areas where someone might camp.

The fire “was about two feet short of jumping out,” Hoag said, which he said could have threatened areas with evergreen trees and brush — both highly flammable — and moved toward the White Rocks area.