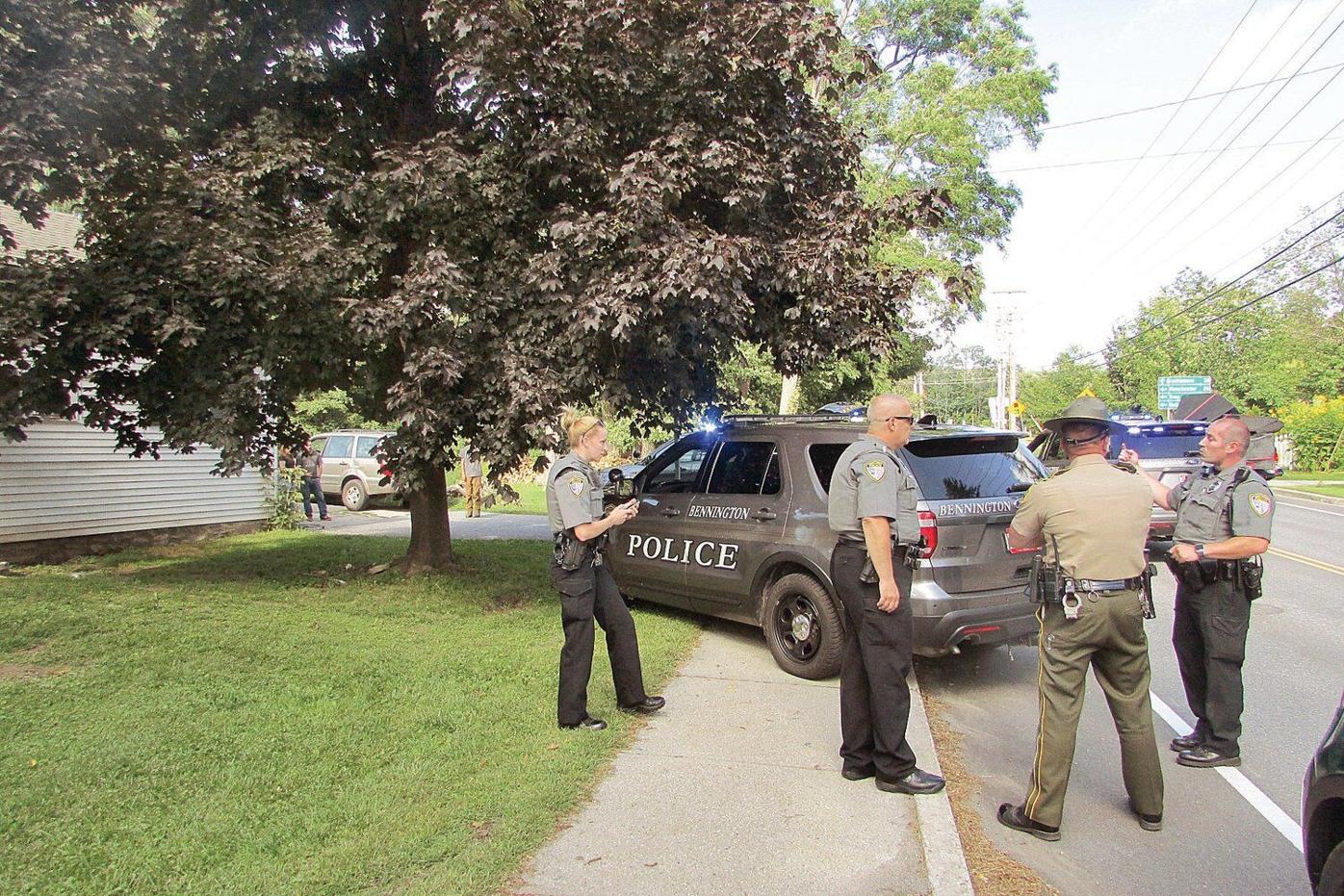 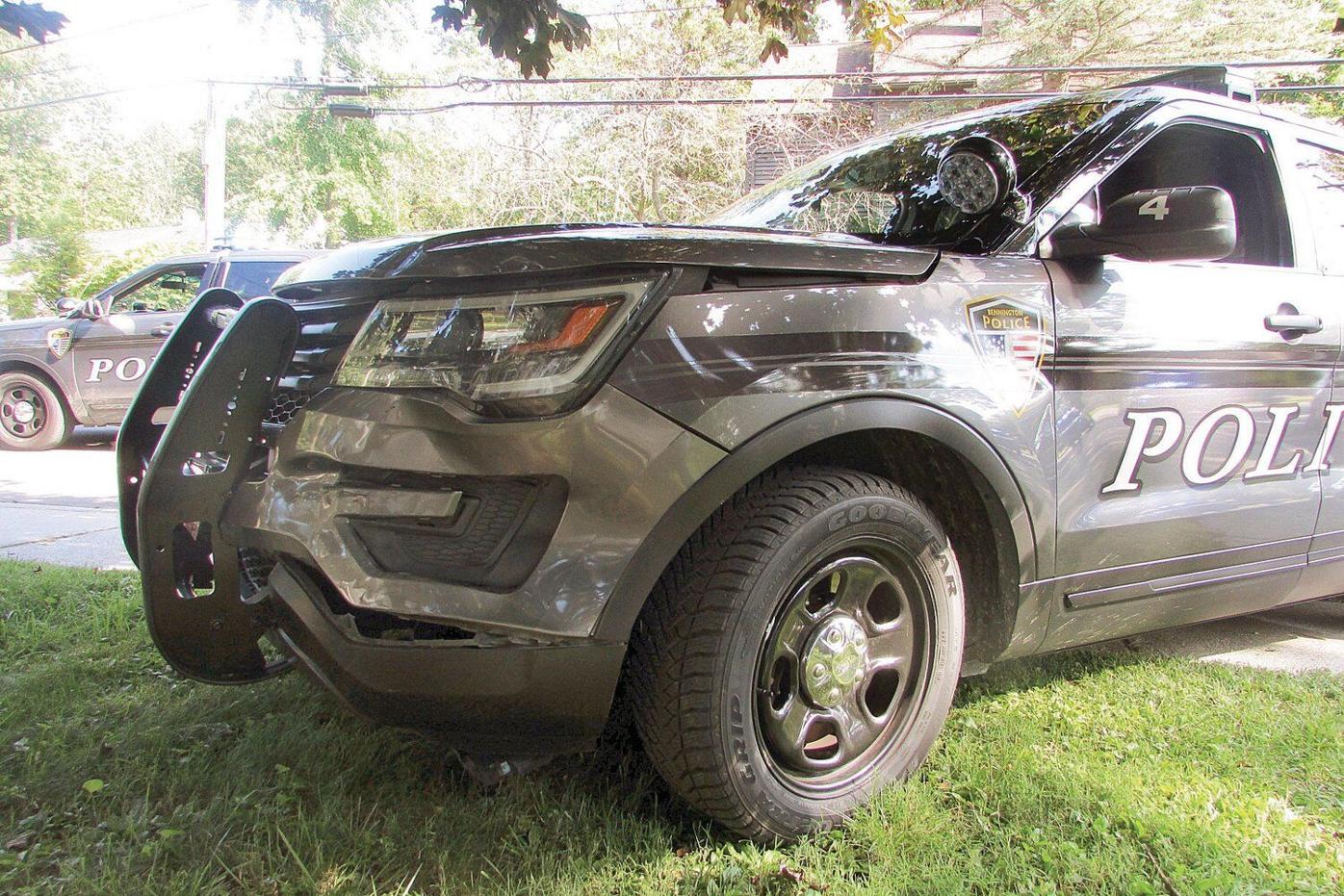 BENNINGTON — A woman was sentenced Tuesday to 18 months to eight years in prison for repeatedly ramming a Bennington police cruiser and almost hitting several officers as children played nearby.

The judge said there was a need to balance punishment with treatment in the case of 28-year-old Kerrie Kelly. Superior Court Judge Cortland Corsones acknowledged Kelly’s criminal history as well as her “undertreated” mental health issues and difficult personal background.

“She expressed some remorse for her actions but little empathy for her victims,” Corsones said.

Kelly received sentences that would run side by side on five felony offenses to which she earlier admitted. There were two charges of simple assault on a law enforcement officer (second offense), which were committed when Bennington police served her a court order in November 2018.

These were followed by two charges of aggravated assault with a weapon and one count of unlawful trespass of an occupied residence, linked to the ramming incident in August 2019.

Defense attorney Kate Lamson, had asked the court for a “split sentence” of 14 months in prison and five years of probation. She cited Kelly’s history of working hard, independence and singlehandedly taking care of her children while coping with mental health issues.

Lamson said also that Kelly successfully completed probation in an earlier case and that her last conviction was 10 years ago.

A forensic psychologist testified that Kelly has “longstanding” mental health issues, including depression, anxiety, auditory hallucinations, substance use disorder and the inability to control her emotional responses to provocative stimuli.

She said Kelly has experienced domestic abuse, separation from her children and losing a steady job. She said Kelly wasn’t able to manage her “mounting layers of life stress,” resulting in a “pressure cooker scenario” that erupted into violent behavior.

Kelly is apparently already receiving treatment for opioid addiction while in detention.

Her attorney said probation would allow Kelly to receive therapy while starting to pick up the pieces of her life after 14 months in jail.

The state had asked for a longer prison sentence of 5-10 years, noting Kelly’s six previous convictions, five of them involving assaults. Deputy State’s Attorney Alex Burke described her as violent and dangerous.

He said Kelly or others could have gotten hurt — including children — when she rammed the police cruiser. “But for the restraint of officers that day, this would be a very different situation,” Burke said.

Her offenses necessitate prison time, he said, “for her to understand these actions have consequences.” He said Kelly blamed everyone but herself for her troubles.

Bennington police earlier said Kelly tried to flee from officers who responded to a call about an ongoing domestic assault, where a woman struck a man. When police arrived at the home on Park Street that afternoon, Kelly reportedly began running away and jumped into a car.

Police said an officer tried to stop her from driving away, but Kelly began accelerating while the officer was partially inside the car. She reportedly rammed a police cruiser three times while trying to get away, and officers had to jump out of the way so as not to get hit.

Police described her as repeatedly screaming, “F---ing kill me.” The officers said they decided not to fire their weapons because there were children and adults around, including at a nearby playground — the area was located near Bennington Elementary School.

The prosecutor told the court Kelly has already been through probation and committed a violation in 2011. Burke also noted that Kelly told the forensic psychologist she didn’t think treatment would help but that she’d do it if ordered by the authorities.

Kelly, who appeared in court via video link, cried as she spoke before her sentence was pronounced. She said she had no intention of attacking anyone; she was merely trying to get away from police because she didn’t want to get arrested again.

“I just wanted to scare them,” she said, her voice muffled by her crying and her face mask. “All I can do is try to do better the next time around.”

She is currently detained at Chittenden Regional Correctional Facility. After having already served 14 months, she will be eligible for supervised release in four months but could be kept in prison for the length of her sentence.