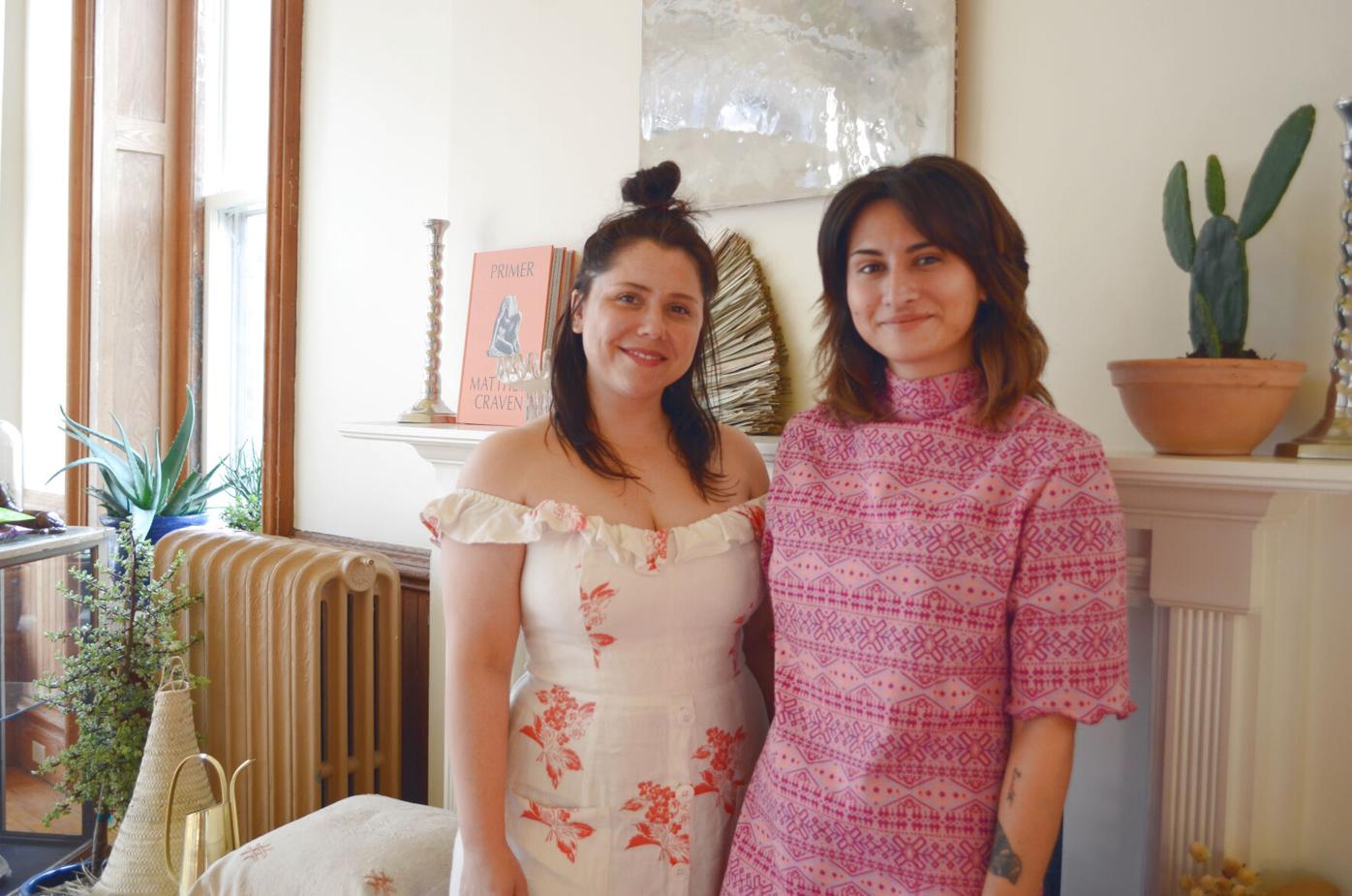 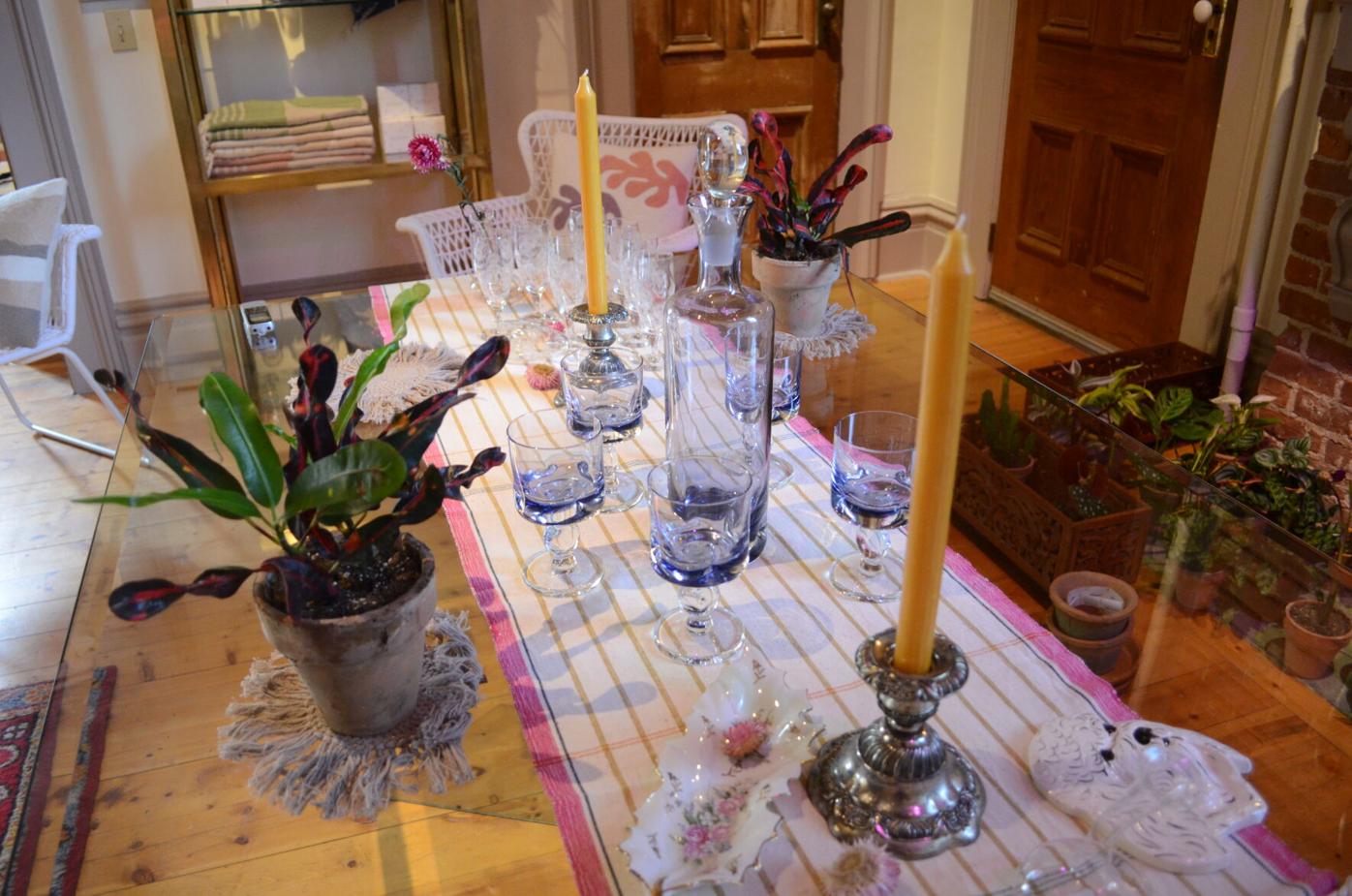 Glassware, candles and houseplants are among the items available at W. Collective. 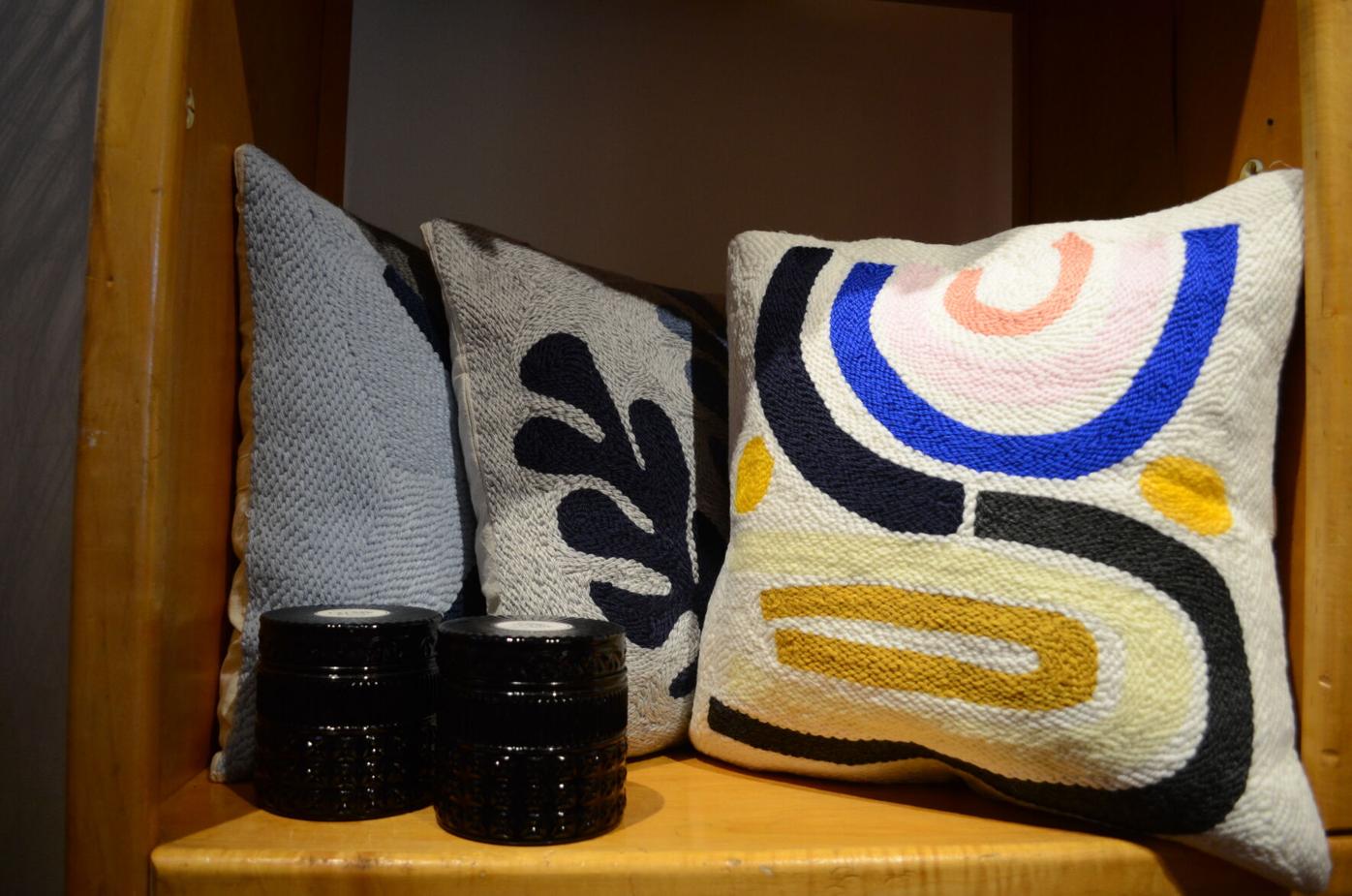 Pillows and other home decor items are displayed at W. Collective. 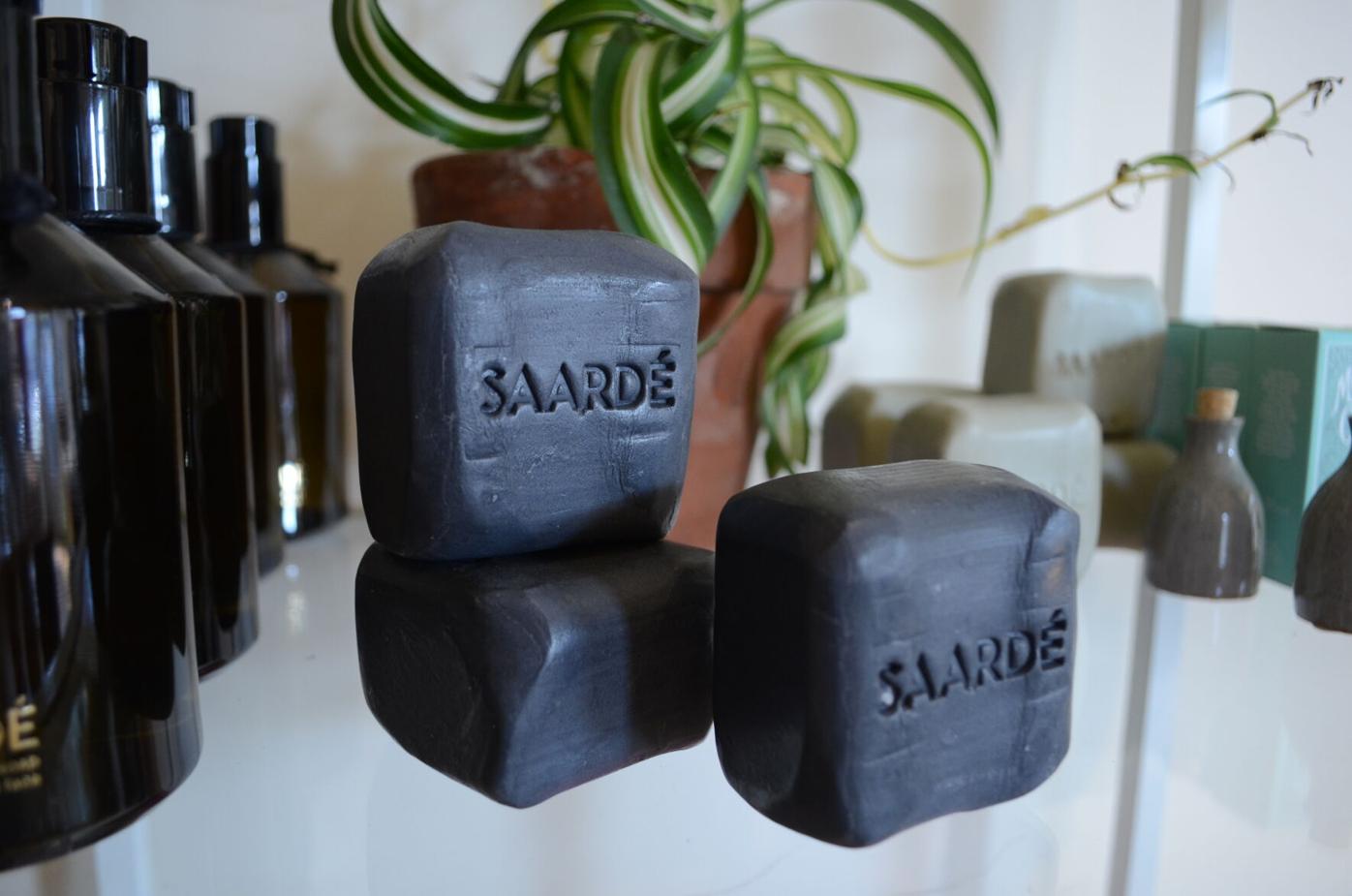 Glassware, candles and houseplants are among the items available at W. Collective.

Pillows and other home decor items are displayed at W. Collective.

BENNINGTON — A new retail space and café opens its doors on Main Street on Saturday, bringing the work of designers, makers and entrepreneurs to downtown Bennington.

Called W. Collective, the new shop is the creation of Sarah Krinsky and Bri Magnifico, each of whom has experience in the retail clothing business. W. Collective is to be a deliberately offline experience, inviting customers in to see, smell and touch the merchandise.

“We’re very tactile people,” Magnifico said on Wednesday, as the two prepared the shop for its 10 a.m. grand opening. “We like to feel the luxury.”

W. Collective is located at 332 Main St., the former home of the Catbird Studio. There, patrons will discover vintage clothing and vintage home décor, as well as records, artwork, plants, and other items from their partner vendors. Coffee will be provided by 1a Coffee Roasters of Wilmington.

Krinsky said her past retail experience taught her that she much preferred in-person interactions to the digital kind. When her own shop at Camelot Village, My Generation Vintage, had to shut down at the start of the pandemic, she began thinking about how to open a new space, preferably with a partner.

“I started to play around with this idea of how could I make a space on Main Street work for me, and that sort of just how W. Collective started to formulate,” she said. “I was thinking about how can I get other vendors to work with me to share the space, to still curate a really beautiful store, and not do it on my own.

“That’s when I asked Bri to join me, because her passion was also to have her own storefront. So I think both of us having that common thread and passion and to be able to do something like this is what’s making this come alive,” she said.

“We both have a dream of owning a store,” Magnifico added. “For me, it’s about creating an environment and taking you to the present, and also the past and the future.

“It’s creating an atmosphere, and it’s really important, like setting music the lighting, you know, the smells, and everything else,” she said. “To be in control of that is like a dream.”

The two women met at Your Belly’s Deli, owned by Magnifico’s father, while Krinsky and her husband were visiting from Syracuse, N.Y. The two discovered that they had both worked in New York’s Soho district, and quickly became friends.

Magnifico, who had not yet decided to return to her native Bennington, encouraged Krinsky to move. “I was like, ‘We need more young people to move to Bennington,’” she said.

With W. Collective, the two intend to provide a place where vendors feel confident that they and their work will be well presented. “If they didn’t want to interact in person with people, there are two people that are curating this store for them,” Krinsky said. “We see it, and we love it, and we know the hard work and time that goes into it so we’re there to sort of to really promote and advocate for them.”

The W in W. Collective stands for women, but that doesn’t mean that only women are represented — instead, it’s an acknowledgement that women have been particularly hard hit by the effects of the pandemic.

“A lot of women had lost their jobs,” Magnifico noted, “so everyone’s sort of going into this gig economy kind of vibe, getting kind of crafty and and trying to figure out how to make money, just to stay afloat.”

The social effects of the business are a primary concern for the owners. 1a Coffee Roasters, for instance, intends to become certified as a B Corporation, a new kind of business that is legally required to consider the impact of its decisions on their workers, customers, suppliers, community and the environment.

“Our main goal is to be sustainable and make sure that we’re doing everything the best we can with like the least carbon footprint possible,” Magnifico said.

Companies that W. Collective has chosen to order from are those “that kind of ticked a number of boxes — either they were minority-based, women-owned, eco-friendly and sustainable,” Krinsky said.

The focus on vintage clothing and housewares fits that vision, too, she added. “These are all products that have been around.… It’s definitely an area of the market that is seeing a lot of interest from people all over.”

Krinsky and Magnifico want to host workshops and events in their store space and neighboring courtyard, as well. “We hope to partner with some local farms and or wineries in Vermont and that kind of thing,” Magnifico said. “We want to take advantage of having this amazing space as much as possible,” Krinsky agreed.

The two, both members of the Shires Young Professionals group of the Southwestern Vermont Chamber of Commerce, are optimistic about the revitalization of the Putnam Block and other changes taking place in the downtown, and contributing to its growing vibrancy.

“I think being a brick and mortar shop is to be able to support all the other businesses that are in town,” Krinsky said. “The only way I think we’re going to sort of be able to kind of compete with, you know, these big online sellers is to offer this personal experience that you don’t get online.

“I feel like I really feel like there’s a change coming, and I think that it’s going to be really great,” Magnifico said. “I think Bennington is going to be — I think it’s on the up and up.”

David LaChance can be reached at dlachance@benningtonbanner.com.

David LaChance joined the Bennington Banner as news editor in 2017.