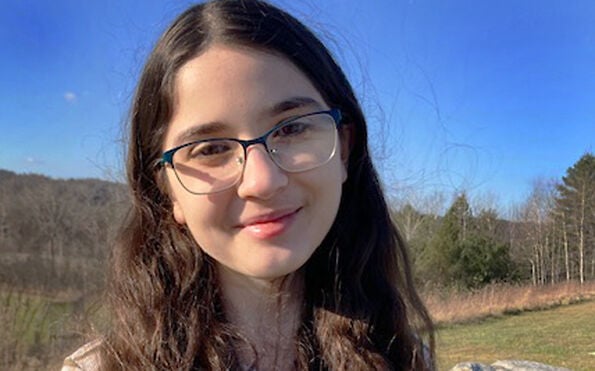 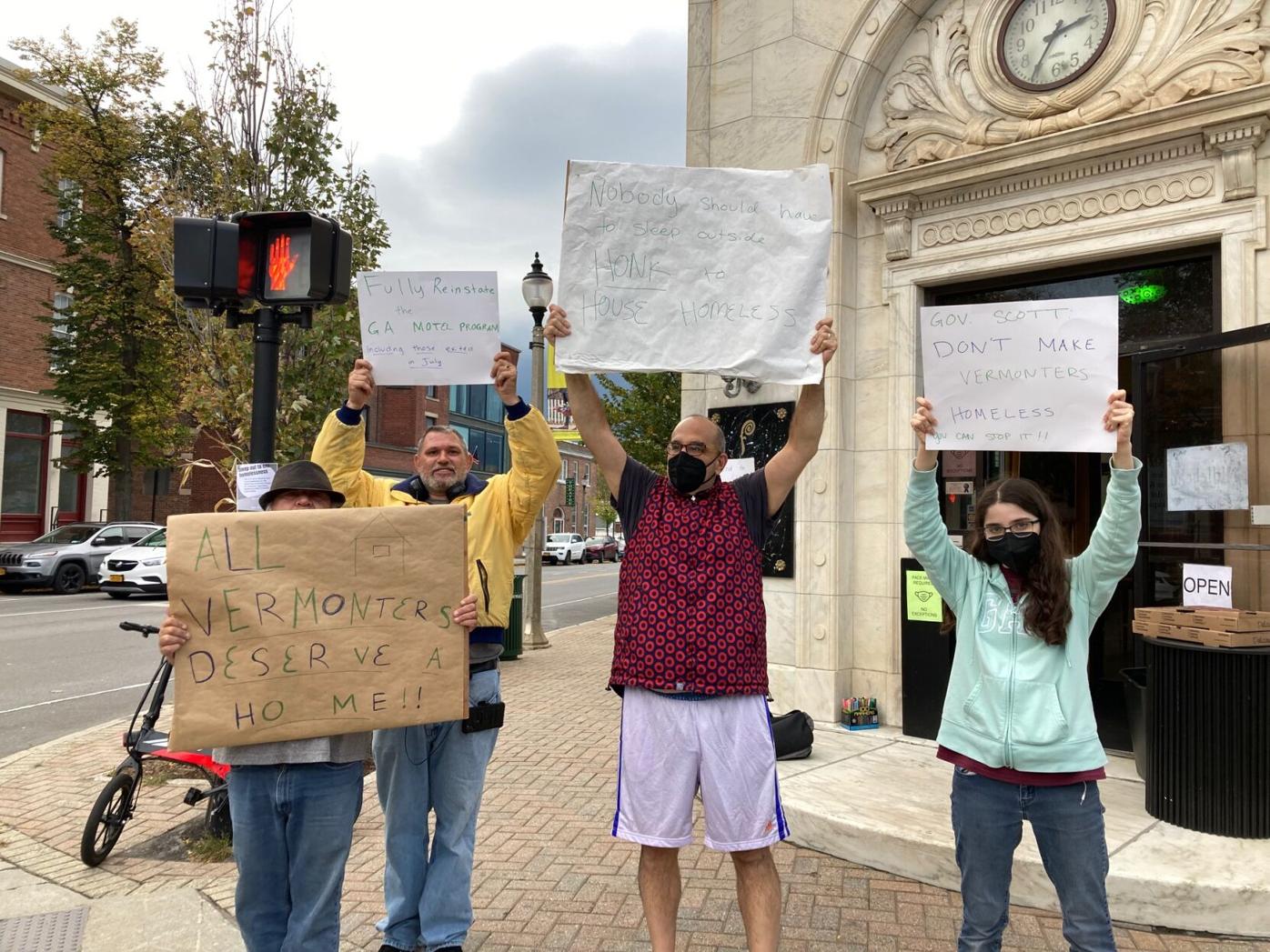 Addie Lentzner and a group of local residents protested last fall in downtown Bennington over the planned cancelation of the state's motel voucher program.

Addie Lentzner and a group of local residents protested last fall in downtown Bennington over the planned cancelation of the state's motel voucher program.

The death of Thierry Heuga, who froze under the Holden Street bridge in Bennington on Feb. 10, 2020, lit a flame under Bennington teenager Addie Lentzner.

“It was just a really deep sense of the injustice that was happening,” Lentzner recalled of learning about the homeless man’s death and the spark to activism it inspired in the high school student. “I struggle with that sometimes — I feel like I can’t do anything, and that’s really overwhelming. But there always is something you can do, even if it’s small.”

Lentzner, who is a senior at Arlington Memorial High School, worked this fall with advocates — and teens — to prod Gov. Phil Scott into reversing his decision to change eligibility requirements for a program that provided hotel vouchers for homeless Vermonters, fearing that change would force individuals and families out onto the streets.

“I can’t end homelessness today,” she said. “But I can make a little difference.”

She wrote an op-ed for the Banner, helped circulate a petition, took part in a State House event, and held a rally in the rain one Saturday in downtown Bennington, calling for an extension of the motel voucher program. And in the end, the governor postponed the changes until spring, a significant win for Lentzner and others who worked on the issue.

“It was really exciting to see how activism succeeded,” she said in a recent conversation. “That was the first thing I had done. We worked for weeks and months, and we made a change.”

All done? Not by a long shot.

The voucher program was extended until March, and Lentzner will continue to fight for its continuation. “On March 1 people are going to be homeless again,” she said. “I definitely will still be working on that.”

It was the murder by police of George Floyd, who was Black, on May 25, 2020, that inspired Lentzner’s next mission that August — creating the Vermont Student Anti-Racism Network, with the goal of “trying to build anti-racist schools across Vermont.”

After Floyd’s death, she said, “There were a lot of racial injustice protests. So we got together with some other youths and said, ‘How can we make a difference?’ Education was a place we could make some change; schools were a place we could do that.”

The goal was to work with very young students in elementary schools to prevent racism from developing, taking root and metastasizing.

Among other steps, the 30 or so high school students who joined the Network worked with principals, guidance counselors, teachers and librarians to provide books on racism to schools, and develop a diversity curriculum that they — the students themselves — teach via Zoom to young learners.

“We tried to reach as many schools as possible. It was a slow start because it was hard to gain that momentum,” Lentzner said. But eventually the curriculum was ready to launch, and the students held a pilot class in a Hinesburg kindergarten to see how it would work.

“It was really exciting, nerve-wracking at first,” she said. “We had this whole classroom of little kids and we thought, ‘oh, goodness, this is really happening.’ It was informative for us to see where they were at. They were open when they were that young, and this is the point we have to reach them.”

Asked if the Network students have gotten pushback from school staff or parents unhappy with their mission, she replied, “For the most part, it’s been really positive. There are some instances where parents are not so agreeing to it. We have on our side that we’re youth, so they’re not going to be as rude as they would to an adult.”

I can’t help but wonder how a high school senior can juggle academics and adult-level activism.

“It’s a balance, and I struggle with it,” Lentzner admits. But the activism, she said, “It’s what keeps me going. It’s a positive stress because it gets things done.”

“My family and friends are a really good outlet for taking a breather,” she said, noting that she likes to hang out with her sisters, maybe read, to take a little break from school and activism. And she credits her parents’ strong support with enabling her to keep her complex life in balance. They worry a little bit about her, she admits, adding, “I think they have just been there for me. When I am totally overtaxed with it, they are able to help.”

Lentzner hasn’t decided whether to stay in Vermont for college or go out of state. Regardless, she expects to remain involved in activism. She has no choice, she said: “I struggle with seeing something on the news and saying, ‘what are we going to do about that,’ and the issues just keep coming.”

As I type this column, an op-ed from Addie, co-written by Bennington youth about racial and social justice, pops into my inbox.

Her message to other young people is simple.

“This kind of work seemed like something unattainable to me when I first started. I’m quiet, a laid-back kid,” she said. “Get involved, don’t be afraid.”

She said people refer to her and her fellow activist students as “extraordinary youth.”

“Maybe some aren’t out there protesting or doing policy change,” she said. But, “all youth are extraordinary in their own way.”

For more information on homeless advocacy in Vermont, visit the Ending Homelessness in Vermont Facebook page.

Susan Allen is managing editor of the Bennington Banner.