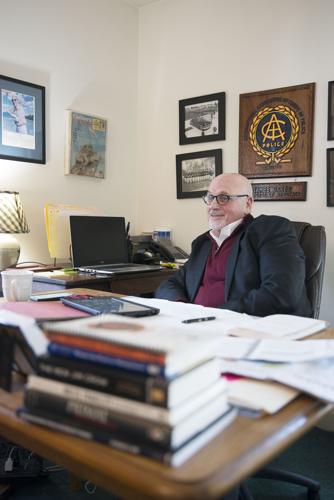 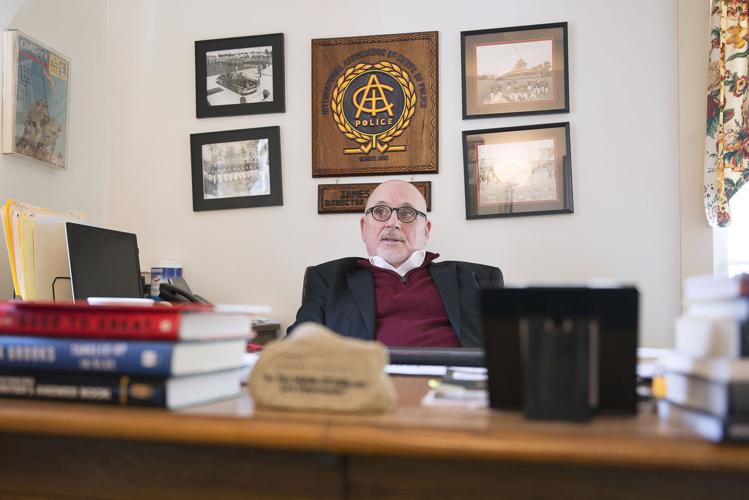 ARLINGTON — Jim Baker is a fixer, that steady hand that government calls in a crisis to right the ship.

A cop at heart, Baker considers his 31 years with the Vermont State Police his “career.” Working his way up the ladder to serve as director, toward the end he saw his mission as supporting and advancing women and minorities in the VSP, and expanding awareness within the troops of the chasm that exists between law enforcement and how police are viewed by minority communities.

An afternoon spent with Curtiss Reed Jr., executive director of the Vermont Partnership for Fairness and Diversity, was an eye-opener.

“I was educated on the issue of race and marginalized communities,” Baker recalled last week, seated in his office on Route 7A in Arlington, where he is finishing up a consultancy called the Arlington Area Renewal Project. Reed helped him understand why minority communities “feel the way they do … I got an education about being an African American man in a white state.”

The two remain friends, and Baker has relied on those lessons throughout his years with the state police (he retired in 2009), as interim Manchester police chief (2010) and as Rutland police chief (2012 to 2015). As one of four directors with the International Association of Chiefs of Police that required his weekly commute to Alexandria, Va., he worked during the Obama years and “had a front-row seat watching the uncomfortable conversation about race.”

Since his retirement from the VSP, Baker has been tapped by gubernatorial administrations to serve as interim director in times of crisis. In 2010, he was tapped to lead the Vermont Police Academy after an instructor died by suicide during an investigation involving child pornography. From 2020 to 2021, he was at the helm of the state Department of Corrections, following a scandal at the South Burlington prison for women involving drugs and sexual misconduct under the strain of the COVID-19 pandemic.

The common denominator among his assignments was the acceptance of bad behavior. “You’re going to get the behavior you are willing to tolerate,” he said. The Police Academy was “in chaos,” a “frat” that allowed inappropriate emails and created a sexually charged environment.

The corrections gig was supposed to last four months — 120 days — but instead ended 22 months later in November 2021.

“It was an agency in crisis,” Baker recalled. Mike Smith, secretary of the Agency of Human Services at the time, called Baker and asked him to step in as corrections commissioner.

“I understood corrections … I understood the justice system. He wanted me to get the agency settled down, refocused and get the budget through the Legislature,” Baker said. And, he added, Smith wanted him to “look under the hood and let me know what you think of the department.”

In a way, he said, the pandemic lockdown helped quiet the Corrections Department, allowing everyone to get back to focusing on their primary mission — the safety of staff and inmates.

In 2009, Baker was hired to help Manchester in its police chief search when the chief resigned after more than 30 years. When the group failed to come to terms with a new chief, Baker was hired for the job while that search continued. And about a year later, the same scenario occurred in Rutland, where Baker took on the chief’s job at a time of crisis for that department — the current chief resigned and two officers were suspended for misconduct. There were a total of 11 vacancies in the department.

“That was a traumatized organization,” Baker said. “I fell in love with the city,” and then-Mayor Chris Louras became a longtime friend (Louras called Baker’s cellphone during our interview, in fact).

In Rutland, Baker started what has become a model substance abuse effort called Project Vision, built on the “it takes a village” view. People suffering from addiction don’t belong in jail cells; they are not the sole responsibility of the police. Instead, a comprehensive group meets regularly to talk about all the challenges facing individuals who are addicted — housing, medical care, addiction counseling, mental health counseling, education and more.

Also, the city began changing its environment to discourage crime, from removing public benches where offenders gathered, to tearing down long-term drug houses in residential neighborhoods. Baker also pushed successfully for a methadone clinic in Rutland, which was not a popular proposal at the time.

But perhaps I’ve buried the lede, as we say in journalism.

There is one thing Baker cannot fix, at least not alone. In December 2017, after noticing blood clots in his urine, he was diagnosed with a malignant tumor on top of his left kidney, a cancer that spread to his lungs. Within a week, he and his wife of now 47 years were at Memorial Sloan Kettering Cancer Center in New York City, meeting with one of the best renal kidney teams in the country.

The tumor was removed on Dec. 21, 2017, and the following February, Baker and his wife began traveling to NYC every three weeks for a drug trial that required infusions to reduce the lesions in his lungs (those appointments moved to Rutland Regional Medical Center during the pandemic).

While he’s doing well, Baker knows that could change overnight.

He’s going to yoga and swimming regularly, skiing in the Berkshires, vacationing in Newport, R.I., and has plans to go see Journey — a favorite band — in Albany in March. He gushes about his wife, Kim, his high school sweetheart. He’s planning on writing a book on leadership, and talking to several academic institutions about launching a coaching business centered around building leaders and leadership — he’ll have more to announce in March.

“I’m a blessed guy,” he said, noting that many in his “orbit” have died of cancer. “Why was I chosen to survive?”

In his mind, there is an obligation to give back “until I don’t have anything to give.”

Susan Allen is managing editor of the Bennington Banner. “View from 423 Main” is a bi-weekly column.