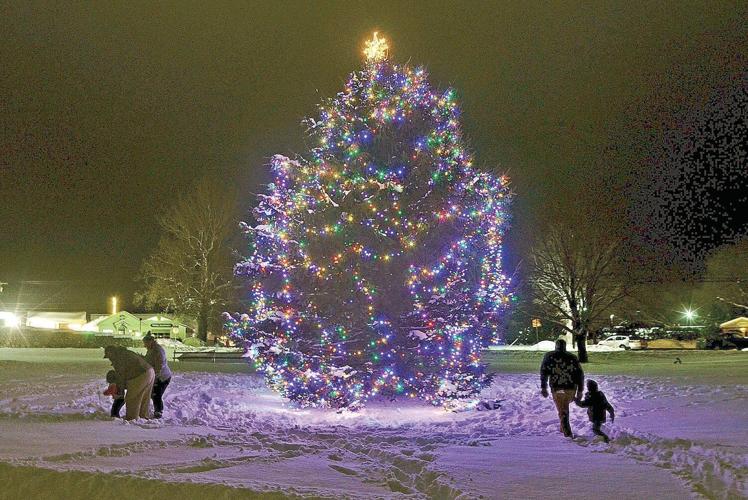 The Christmas tree was lit on an evening in 2019 at the Vermont Veterans' Home in Bennington. 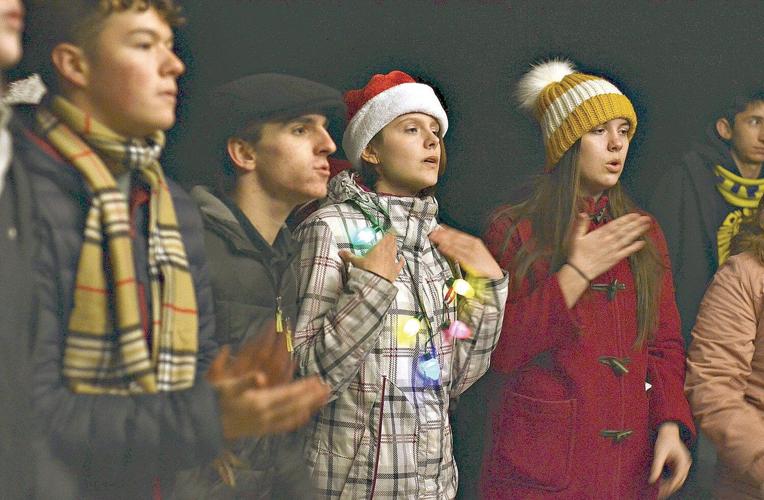 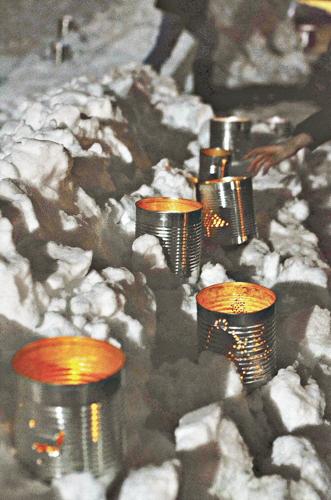 Lanterns line the driveway and sidewalks at the Christmas tree lighting on Wednesday evening at the Vermont Veterans' Home in Bennington in 2019.

The Christmas tree was lit on an evening in 2019 at the Vermont Veterans' Home in Bennington.

Lanterns line the driveway and sidewalks at the Christmas tree lighting on Wednesday evening at the Vermont Veterans' Home in Bennington in 2019.

BENNINGTON — The Christmas Tree Lighting at the Vermont Veterans’ Home is back on after COVID put it on pause, and yes, Mr. and Mrs. Claus will be joining the festivities.

There has been a Christmas Tree lit in front of the Vermont Veterans’ Home since before Melissa A. Jackson, chief executive officer, started working there 12 years ago. This past week, troopers from the Vermont State Police Shaftsbury barracks helped transport the 15-foot tree to its final destination at the vets’ home; it was a gift from Donald and Verrall Keelan of Arlington.

The tree wasn’t always so massive. Jackson said the tradition first started with a small tree next to the building. Eventually, the tree and tradition grew into a beloved town event — but the event was put on ice because of the pandemic.

Now that it’s back on, the community showed up to bring the spirit of Christmas to Bennington. Dick Franz, former maintenance director at the vets’ home, is retired, but he doesn’t miss out on this tradition. Franz and Jim White, another regular in Bennington, put the lights on the tree every year, said Jackson.

“We couldn’t do it without the support of the community,” she said.

Before COVID reared its ugly head, Jackson said the event was well-attended by a few hundred people. This is the first time the vets’ home is inviting the community to participate since the pandemic.

Jackson said the veterans love the event. “It’s our way of saying thank you to the community.”

“I’m anticipating the excitement is going to be over the top because it’s been so long,” she said.

It’s likely that the event will be greeted with frigid temperatures, but the vets’ home has a plan for any veteran who wants to enjoy the tree lighting without suffering the cold. The home has closed-captioned television that will air the event inside, so all the veterans can participate. They’ll always be able to look out the window and see the tree.

The Community Christmas Tree Lighting will occur at the Vermont Veterans’ Home on Dec. 7 at 5 p.m. In addition to Mr. and Mrs. Claus, there will be hot chocolate and cookies.