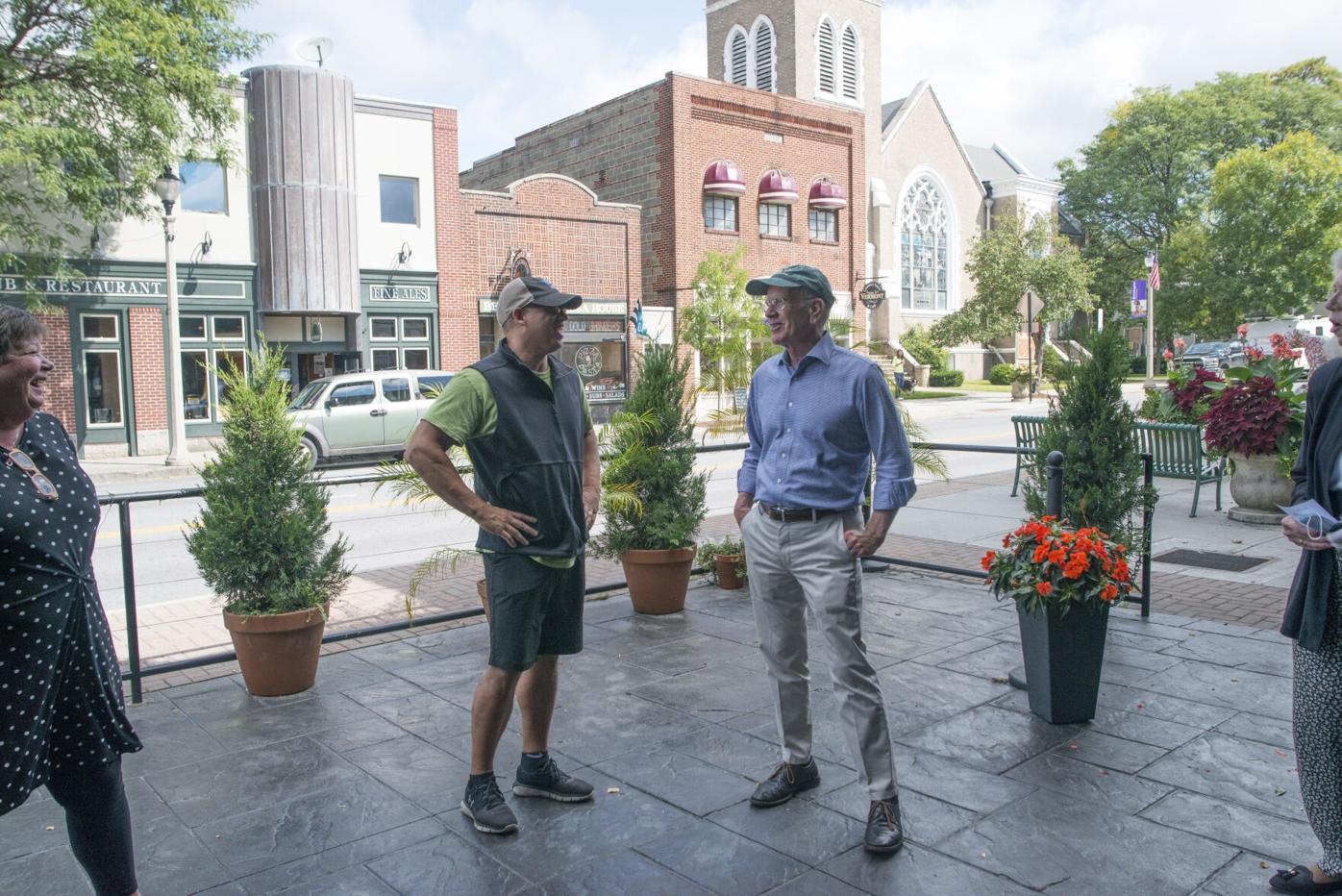 U.S. Rep. Peter Welch got a close-up look at Bennington’s past and future in a visit to downtown and its surrounding neighborhoods Sept. 17, while touring the town. 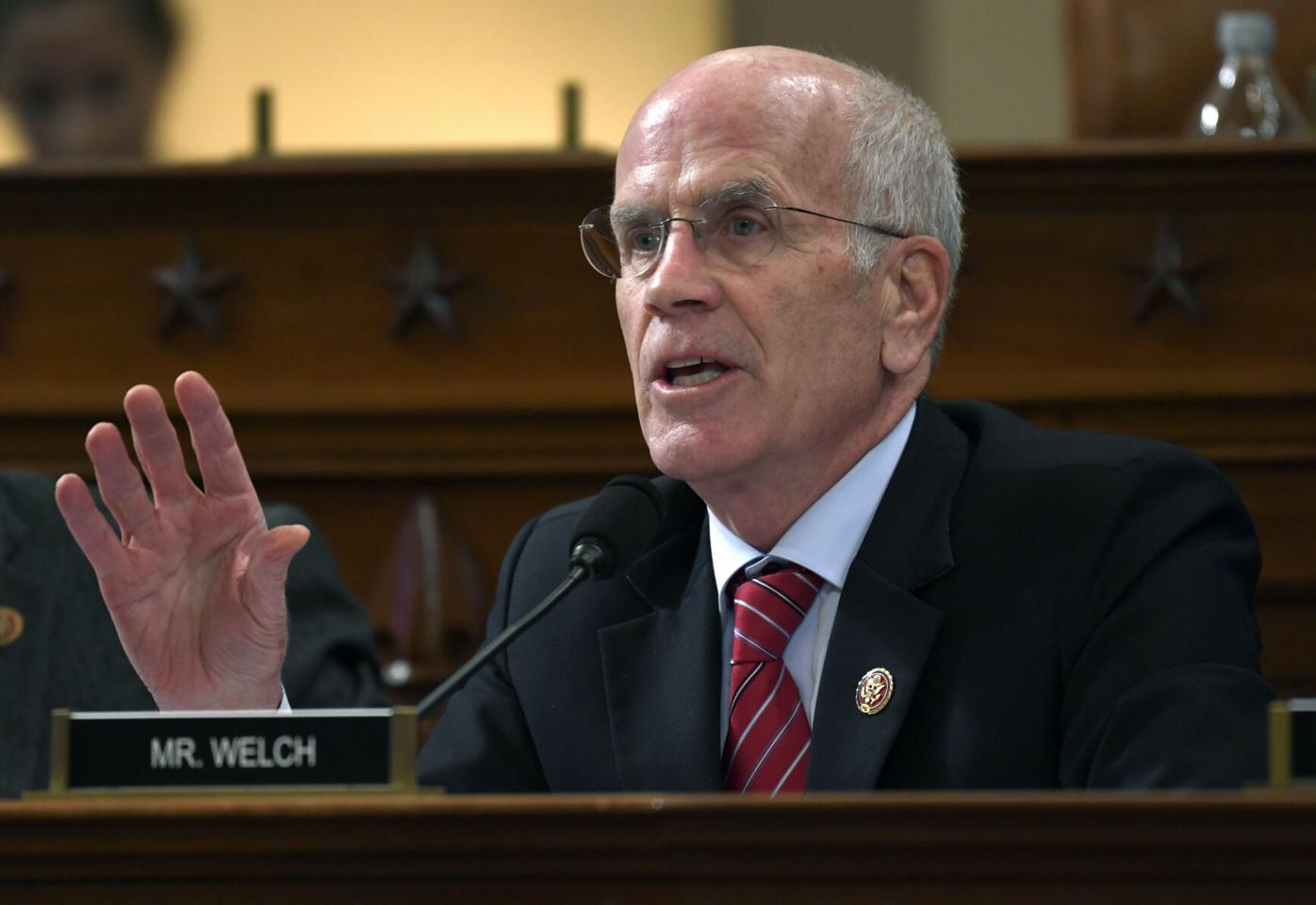 U.S. Rep. Peter Welch got a close-up look at Bennington’s past and future in a visit to downtown and its surrounding neighborhoods Sept. 17, while touring the town.

BENNINGTON — One by one, the dominoes of what could be a memorable 2022 election campaign have been falling into place.

First, two weeks ago, it was U.S. Sen. Patrick Leahy, D-Vt., announcing he would not run for re-election in 2022, opening that seat for the first time since 1975.

Next, it was U.S. Rep. Peter Welch, D-Vt., announcing he would pursue Leahy’s Senate seat after eight two-year terms in the House.

As we await the decisions of would-be candidates eager to succeed Welch in Congress — notably, Democrats Lt. Gov. Molly Gray and state Senators Becca Balint and Kesha Ram Hinsdale, all of whom have expressed some interest — Welch took the time to talk with Vermont News & Media about his decision to seek higher office.

Welch, 74, declared his intentions Monday morning, a week to the day that Leahy announced he would not seek a ninth six-year term as Vermont’s senior senator. Like Leahy, Welch is leaving behind his earned seniority, with eight terms in the U.S. House since succeeding U.S. Sen. Bernie Sanders as the Green Mountain state’s lone representative in the U.S. House. It’s the first time Vermont has changed its delegation in 16 years, when the late Jim Jeffords retired. A Republican challenger has yet to emerge.

A native of Springfield, Mass., Welch, served in the state Senate from 1981-89 and again from 2001-07 before being elected to Congress in 2006. His committee assignments in the House include the committees on Energy and Commerce; Oversight and Reform; and the House Permanent Select Committee on Intelligence. Inside the Democratic caucus, he is part of the House Democratic Steering and Policy Committee.

Here’s a Q and A of our conversation (with some edits for clarity).

Q: You’ve got a pretty good job right now. Why leave that behind for a run at the Senate?

A: I was among most Vermonters who thought Senator Leahy would run for re-election and hoping that he would. But with his decision, I had to make my own. And I’m running for the U.S. Senate because we are at critical moment in the country and a critical moment in our democracy.

The questions we face right now are whether to fight climate change or go back to climate denial. Are we going to defend reproductive rights and racial justice or not? Are we going to have government work for working families and local communities or go back to to the trickle-down-economic days? But the most profound question is: Are we going to protect defend and preserve our democracy?

I was in [the U.S. Capitol] on January 6th. I was there when the mob was attempting the break the door down, when they shattered the glass, when the shot was fired. That was horrible. But even more horrible was that later, 147 of my colleagues for the first time in the history of our country voted against certifying the election of the person that the American people had elected. That was an act to disregard the will of the people. And since that day those efforts are now continuing in Trump-dominated legislatures. So our democracy is at stake.

I share the dismay of Vermonters at what’s going on in Washington. But I’ve seen how we can get things done. This year, just think — something I’ve been working on for years — getting the cost of prescription drugs lower. We passed that out of the House in Build Back Better. We’re bringing 100 million dollars in broadband money to Vermont, so we’re going to get wired. We’re going to lower the cost of child care for working families.

We all need safer bridges. We all need broadband, whether you voted for Trump or you voted for Biden. When you focus on those challenges that we all face, and you listen more than you talk, and you fight for progress not for credit, you can actually get things done. It’s how I’ve been a legislator from the days I was in the Vermont state Senate to Congress and how I would be in the U.S. Senate.

Q: Did you talk with Sens. Leahy and Sanders about your decision?

A: I talk to Patrick and Bernie all the time. I talked to them about my decision before I announced what it was. One of joys of my service in Congress has been the close working relationship I had with Patrick and Bernie. They’re both towering figures in Vermont politics. We worked totally hand in glove on everything that would affect Vermont, so it’s been a very special relationship.

Q: Did it feel good to have Bernie endorse you two hours after you announced?

A: God bless him. I’m so grateful to him; he really makes a difference. I have a lot of gratitude for his willingness to endorse me so quickly.

Q: If you were elected to the Senate, you’d be 75 when you started your term and 81 when you completed it — the same age as Sen. Leahy right now. Did that cross your mind when thinking about whether to run?

A: Here’s what crossed my mind: This is an all-hands-on-deck moment. Our democracy is in peril. And the direction of our government — whether it’s going to work for working families or back to trickle-down days. Those are two profound questions that we face. The urgency of action now is paramount.

I had to make a decision on how best I thought I could serve in this effort. Given my experience and legislative skills and relationships I have with colleagues in the House and many colleagues in the Senate, my decision was: This is the best way I can help — by running for the U.S. Senate, and Vermonters will decide.

I respect the decision everyone makes. We need everybody — whether they’re running for select board or Congress or the Senate, whether a teacher in school or parents raising their family and also contributing to the community, each of us has to make a decision about how we can get involved and protect our democracy and make government work for everybody.

Q: It’s possible that if you’re elected you’ll be in a Republican-controlled Senate — and if past is prologue, the GOP Senate leadership hasn’t shown an interest in cooperating on issues on your agenda. How would you approach getting results on any of those things ?

A: Two things: One, that’s a decision the American people are going to make. That’s why with this 50-50 Senate, a knife-edge majority for the Democrats at the moment, it’s so important that Vermont make its contribution by maintaining a progressive voice in the U.S. Senate. For Vermonters, we’ve got to do our best to make certain that we send to Washington a senator who’s going to help preserve the majority.

Number two: Whether I’ve been in the majority or the minority, I’ve managed to find ways to be effective for Vermont. After Tropical Storm Irene, which did so much damage in Vermont — when I was in the House I was a one-person delegation in the minority. , and I was not on the committee of jurisdiction. But I was able to get funds Vermont needed to rebuild. There’s things you can do even in the minority if you have the skills the history and the relationships.

Q: Speaking of Republicans, here’s what Paul Dame, chairman of the state Republican Party, has said about your announcement: “Welch is already following the national campaign model to win votes by motivating people with fear, and Vermonters want and expect something better.” Is that fair criticism and how would you respond to it?

A: My whole record has been about working with anyone willing to work with me to solve problems that are going to improve the situation in Vermont. I’ve done it in the [state] Senate, and I’ve done it as a member of the House. What the Republican chair is missing is the attack on the Capitol was by Trump supporters, and the attack was followed 147 Trump-aligned Republicans basically voting not to defer to the will of the people on who they elected to be president. That’s the threat. We define problems how they affect all families. For example our infrastructure bill — Trump talked about it, never got it done, we did it — we’re going to have safer roads and bridges, so parents driving their kids to school can have safer roads for their children. So that’s the approach we take here in Vermont. People know me; they know that’s how I work. So the political redefinitions by party chairs are to be expected but not to be believed.