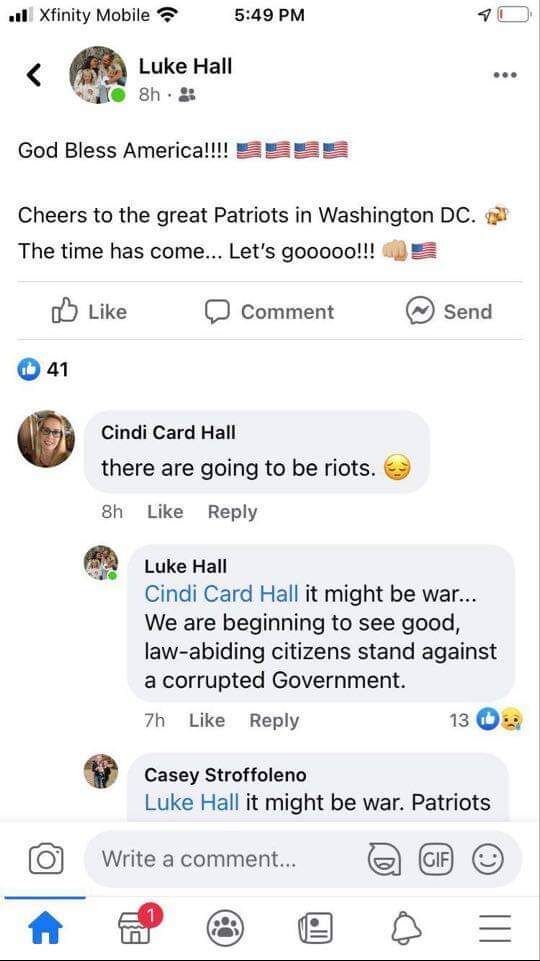 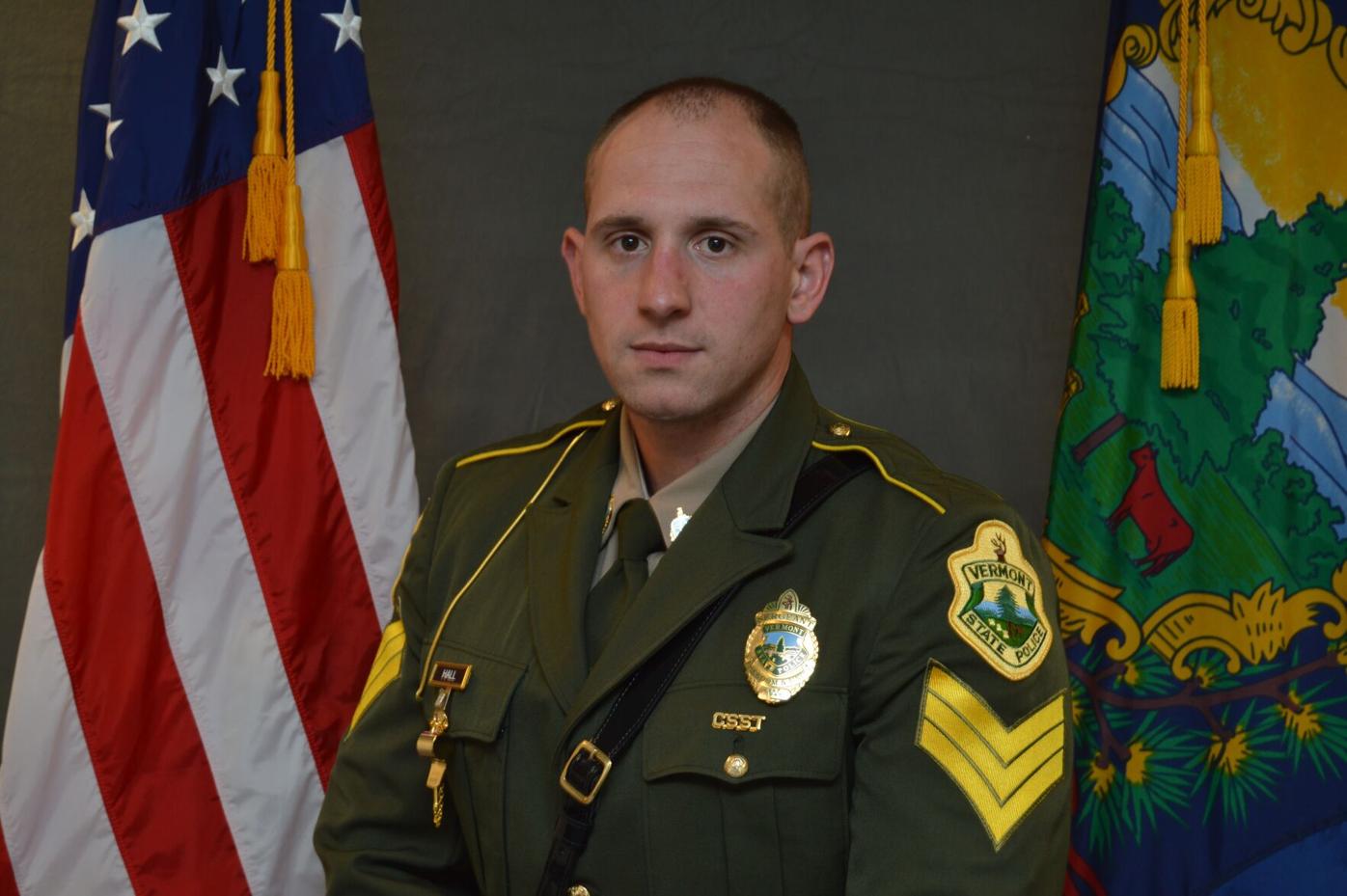 BENNINGTON — A state police officer accused of posting social media statements in support of insurgents at the U.S. Capitol last week has resigned.

Sgt. Lucas Hall, who worked out of the Shaftsbury barracks, resigned late Tuesday evening, said Public Safety Commissioner Michael Schirling. This occurred while an internal investigation into the trooper was underway and nearly a week after he was suspended without pay.

“His unconditional resignation was immediately accepted,” Schirling said on Wednesday.

On Jan. 6, the day protesters descended on the national capital while Congress was certifying President-elect Joe Biden’s win, a Facebook post under the name Luke Hall said: “Cheers to the great Patriots in Washington DC. The time has come… Let’s gooooo!!!”

A person responded that “there are going to be riots,” followed by a sad-face emoji.

Hall in turn said: “It might be war… We are beginning to see good, law-abiding citizens stand against a corrupted Government.”

Schirling earlier said the posts “appear to support the criminal insurgency” that occurred at the Capitol and “to advocate for such insurgency to continue.”

He was referring to the storming of the Capitol by a violent mob loyal to Pres. Donald Trump, which sought to overturn the presidential election results and keep Trump in the White House.

A family member, who started a GoFundMe crowdfunding campaign Wednesday, said they’re undergoing financial hardship after Hall decided to resign rather than be fired and drag his family through years of legal battles to get back a job that would no longer be the same.

On her fundraiser page, the woman said Hall was “openly supporting those peacefully protesting in Washington DC,” but his social media posts were taken out of context.

“Luke is a proud American,” she wrote. “He believes in law and order. He believes in the Constitution. He respects and loves those who serve and protect this Country and his brothers and sisters in blue. He is a son, a brother, a friend, and most importantly, a great dad to two young children.”

Schirling said details of the Public Safety Department’s investigation into Hall’s conduct will be forwarded to the Vermont Criminal Justice Council, which will consider sanctions.

The Council, which trains and certifies law enforcement officers in Vermont, can impose a range of sanctions: a written warning, suspension, revocation of an officer’s certificate but with the possibility of recertification as well as permanent revocation.

Being permanently stripped of police certification — the most serious sanction — means the person won’t be able to work for any law enforcement agency in Vermont, Schirling said. But the former officer could still be hired in another state, though the decertification would apparently show up on his or her background check.

Hall’s resignation came as the public safety department was close to wrapping up its investigation into the trooper’s conduct, Schirling said. Whether the department’s findings will be made public has not yet been determined. Schirling said this will be discussed with the State Police Advisory Commission, a group of state residents whose role includes advising the commissioner on internal investigations and discipline.

Vermont Attorney General T.J. Donovan earlier called for Hall’s resignation or firing, saying it was unacceptable for a sworn law enforcement officer to “publicly condone or support the violent overthrow of our government.”

When asked to comment on Hall’s resignation, Donovan responded with a statement, saying: “Public trust is paramount when it comes to policing. I will continue to work with law enforcement to enhance and maintain public safety for all Vermonters.”