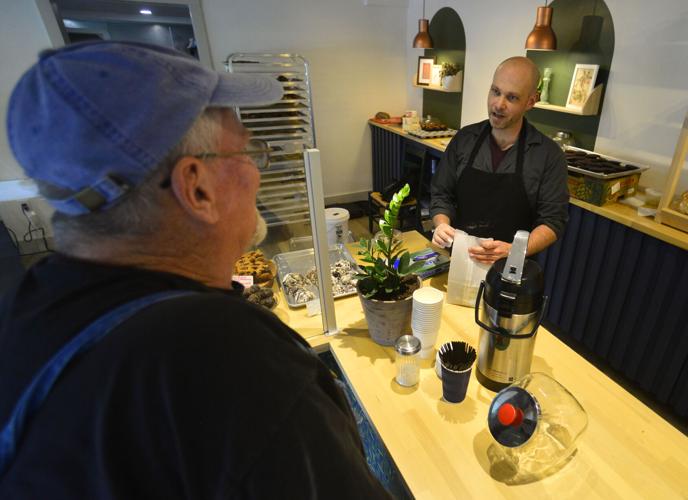 Andrew Allen, co-owner of Starfire Bakery in Wilmington, helps John Quigley of Wilmington with his order on June 9. 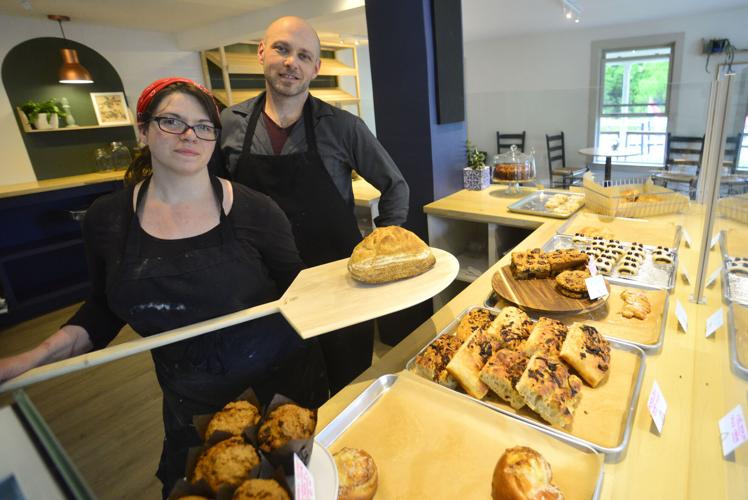 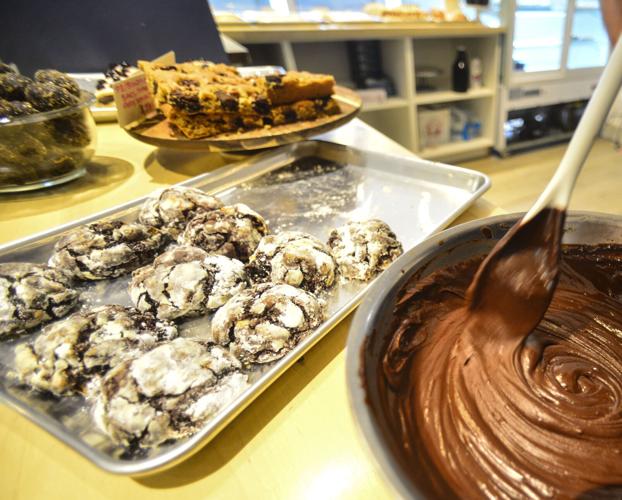 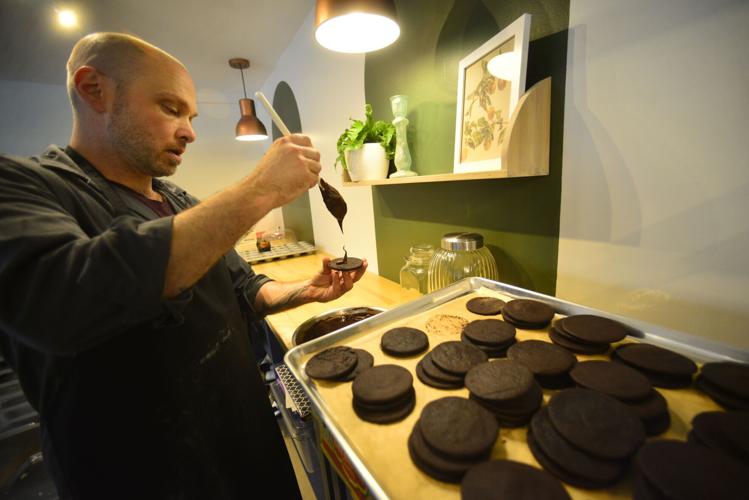 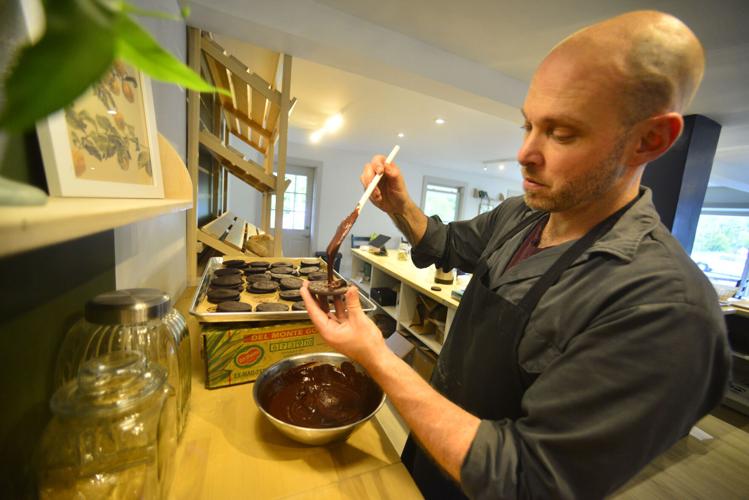 Andrew Allen, co-owner of Starfire Bakery in Wilmington, helps John Quigley of Wilmington with his order on June 9.

WILMINGTON — Going from running a farm stand to a bakery, one couple is finding their tasty treats to be a good fit for their community.

“It feels great, honestly,” said Carolyn Weston, co-owner of Starfire Bakery. “I mean, it’s definitely a big change, but I feel right at home. ... It’s a lot of work, but I wouldn’t trade it in at all.”

Andrew Allen, Weston’s life and business partner, said the couple’s kitchen at home in Marlboro, where the farm stand was run, is now a lot more organized. He left his job working in direct care in Massachusetts in mid-April.

“It’s been an amazing transition,” he said. “ Having your own business and meeting people in the community around here, [in] which we’re still relatively new, it’s just been a great thing.”

Allen said the bakery received a “huge” response from the community.

“It was going to be a soft opening but with the spread we had,” he said, “it was a semi-soft opening.”

Starfire is open Thursday through Sunday, and the owners hope to expand hours. Currently, the couple is handling all the retail and baking, but they would eventually like to hire staff.

They offer pastries, cookies and other items, and are looking ahead to adding more selections.

“We’re focusing on sourdough bread to start, but we’re looking to add things to that,” Weston said.

Allen said customers have been asking about other types of breads, and the goal is to make more available in time. Weston also wants to have dessert and cake menus, having a lot of experience baking cakes to order.

Going into the commercial space, the couple is getting used to larger-scale equipment that’s brand new to them. They’re also learning about how to effectively manage their time in the new space.

Before opening, renovations needed to be tackled. Weston said the building basically came as a “blank rectangle inside.”

“It basically had to be built from scratch,” she said. “The whole commercial kitchen had to be made, then that retail area obviously, as well.”

For the project, the couple partnered with 1a Coffee Roasters, which is owned by Brian and Chrystal Holt. They had been providing baked goods to 1a Coffee and decided to go in on the bakery together, combining forces as an ownership team. The two businesses also are neighbors, just outside downtown Wilmington.

“They have big aspirations in Wilmington to do more, and we hope to be part of that,” Allen said of the Holt family. “They know the ropes of what we’re doing. They’re there to support us and help us. So they’ve been instrumental in guiding us through the process.”

Starfire still sends baked goods over the weekend. And 1a Coffee brings over coffee.

Allen said so many people are telling them the local area needed a bakery. He described the stress of putting in 10- to 16-hour days being worth all the work, after getting such positive responses from customers.

Community members also are asking if the farm stand will reopen.

“We don’t have enough time and stuff right now, but it’s still outside, and we still want to build it up,” Allen said.

At the bakery, Allen and Weston’s three children are helping out. Their 12-year-old was learning the cash register on Saturday.

Content on starfirebakery.com will be updated soon with more information about the bakery. Branding is another project the couple plans to take on in the future.

“We ask people to just be patient with us a little bit. We will have a lot more to offer,” Allen said. “We don’t want people to hesitate to ask us for anything.”

WILMINGTON — If all goes well, Starfire Bakery will soon be going brick and mortar.