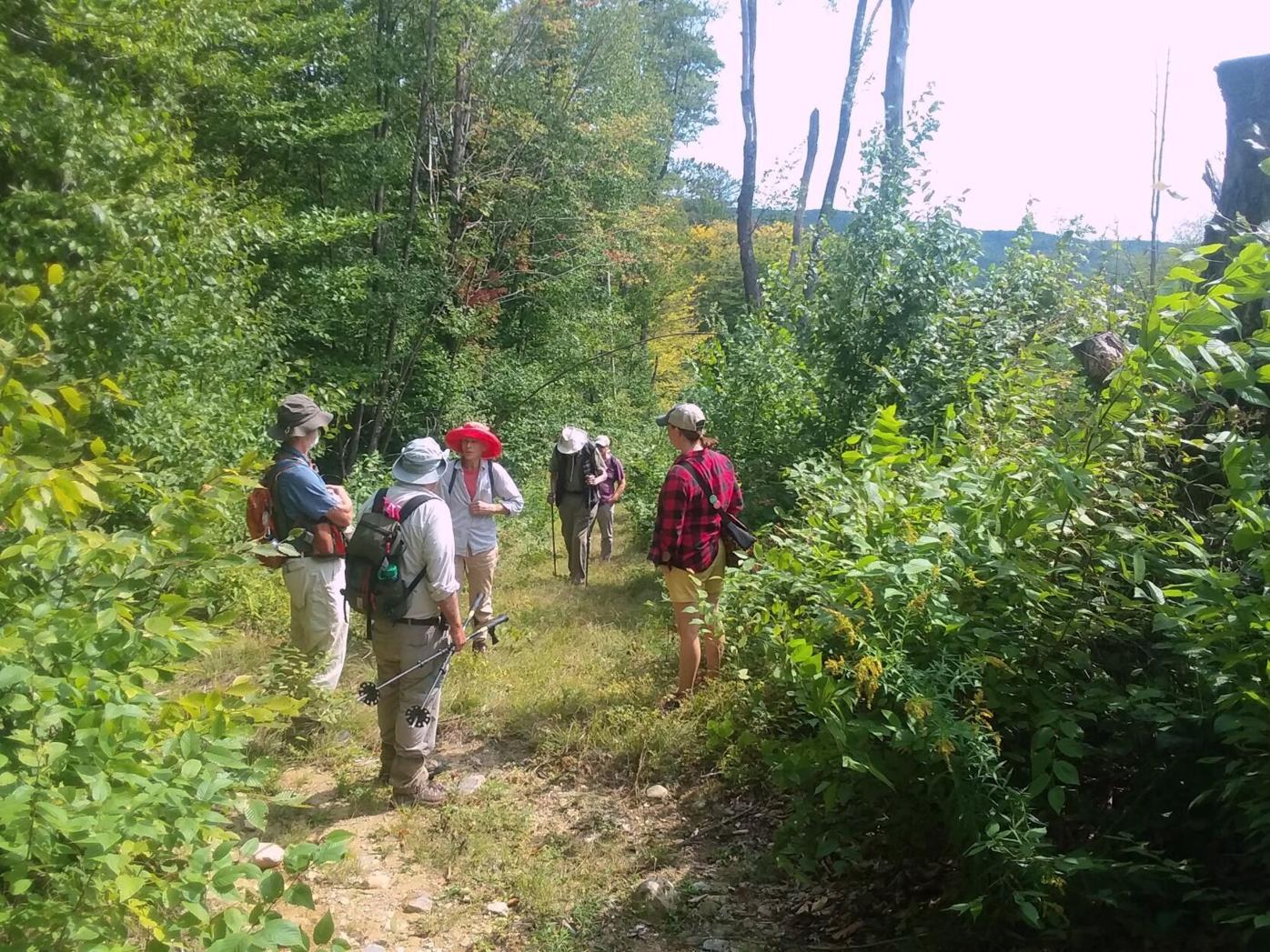 A hike of the Massey property. 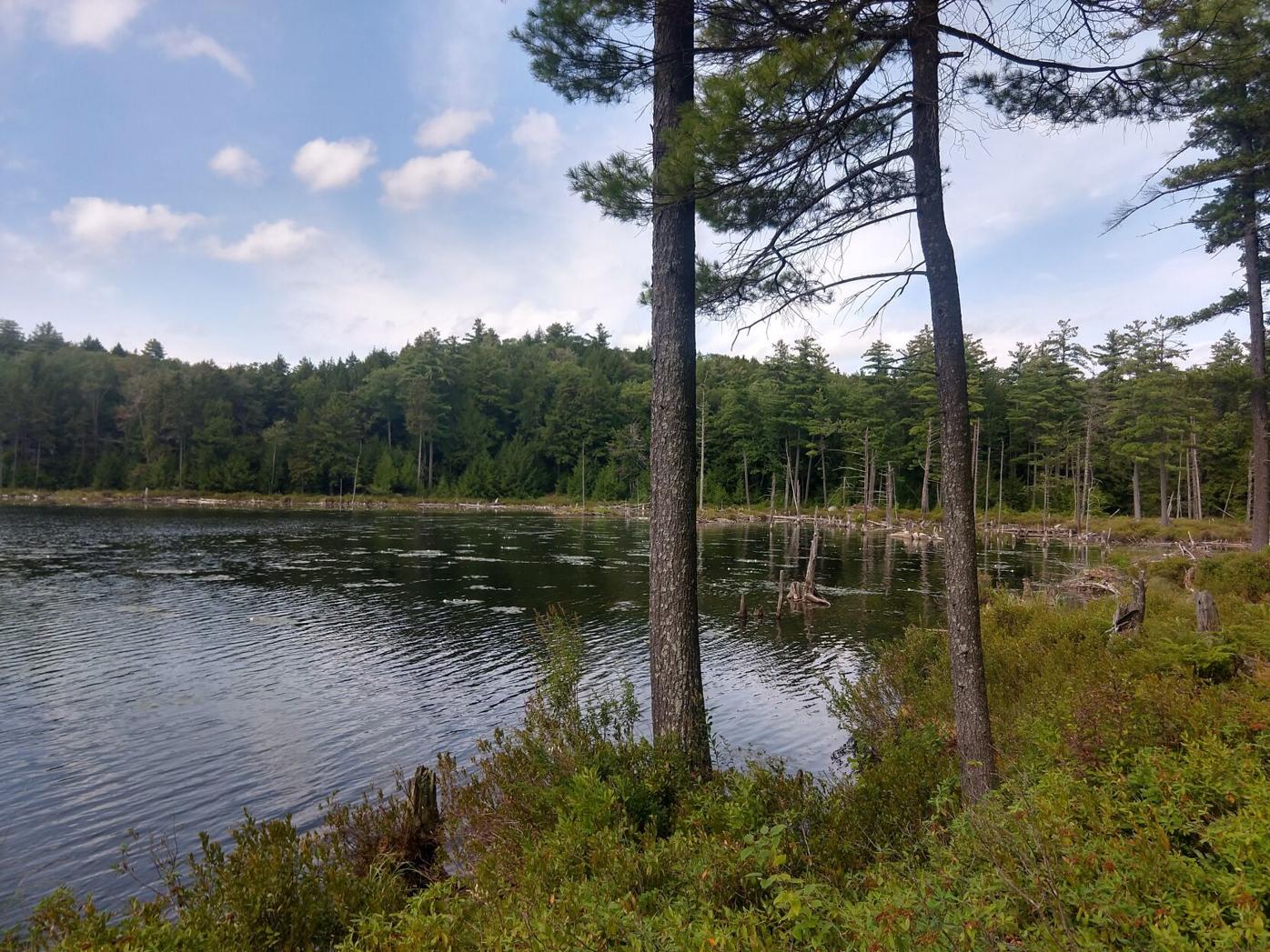 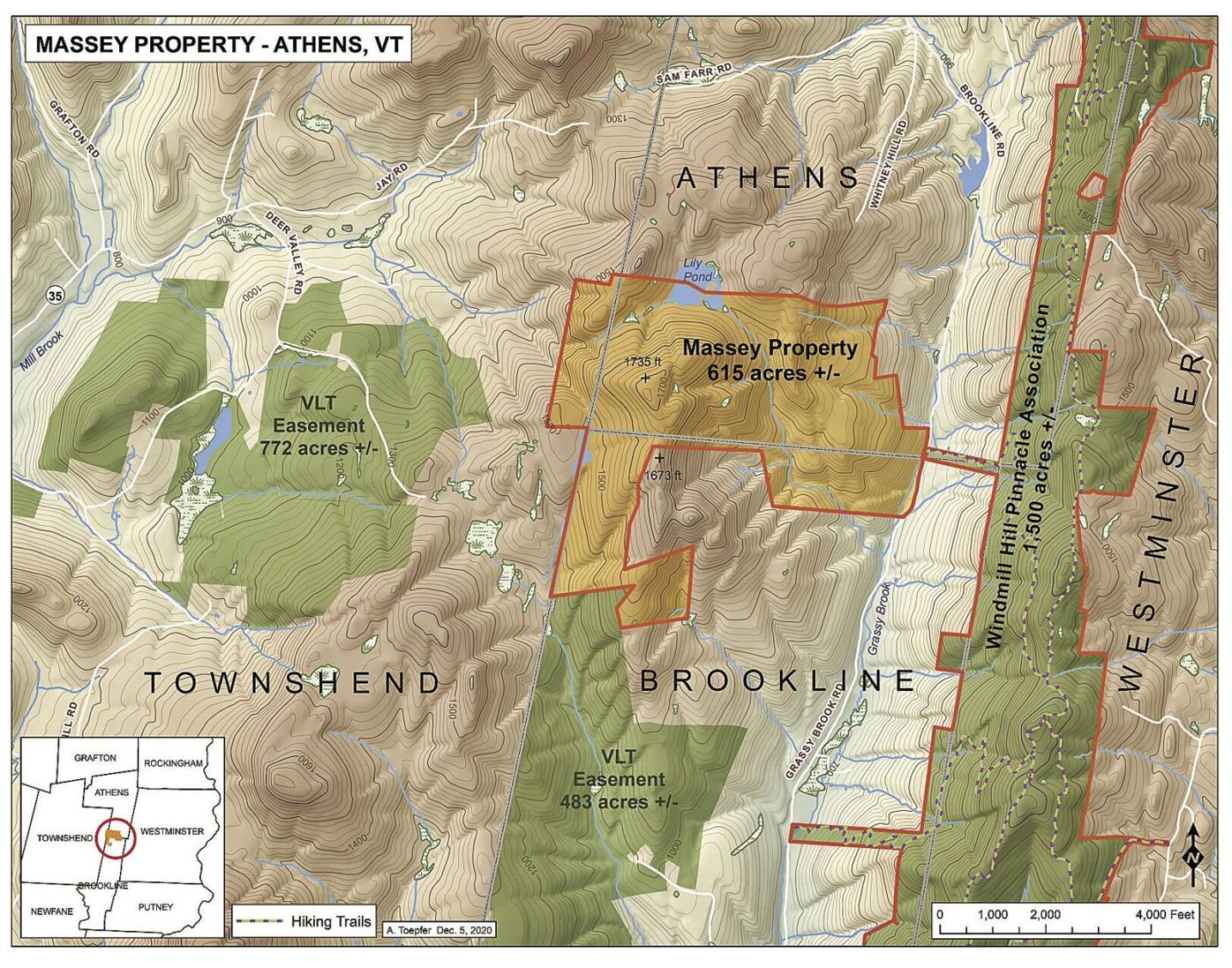 This map show the location of the Massey property. 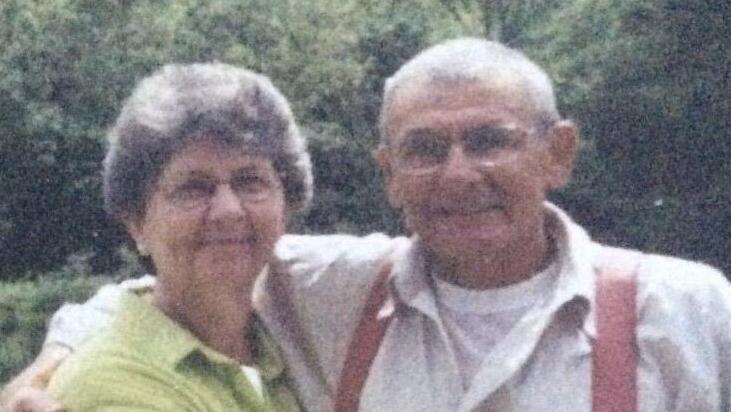 Jim Massey with his wife, Adele.

A hike of the Massey property.

This map show the location of the Massey property.

Jim Massey with his wife, Adele.

WESTMINSTER WEST — The Windmill Hill Pinnacle Association plans to buy 615 undeveloped acres in three Windham County towns in order protect the views from its hiking trails, as well as protect wildlife ranging from wood turtles to herons to bear and moose.

The organization hopes to close on the purchase of land from the heirs of longtime Westminster West resident Edwin “Jim” Massey by the end of the month, according to Libby Mills, a board member of the association. Massey died in 2017 in Westminster West at age 77.

Mills said the Massey land had been on the association’s radar for years.

The land also is habitat for wood turtles, which are a conservation concern, as well as the Northern bulrush, which is considered endangered and is located in vernal pools.

The Massey land is in the towns of Athens and Brookline, with a small sliver in Townshend, and lies on the western side of Grassy Brook Road from the group’s current holdings.

Massey’s two nephews, who inherited the land, said they were pleased that the land would be preserved, something their uncle would support.

“This agreement checks so many positive boxes for everyone. Our Uncle Jim Massey was an avid outdoors man and he spent most of his life on the property hunting, trapping, and just enjoying the outdoors with family and friends,” they wrote.

“WPHA not only plans to conserve the land, but also have low impact trails open to the public. One of the trails will be named after our uncle, which gives us a way to honor our Uncle Jim and preserve the history of the property,” they added.

“The property is absolutely gorgeous with many stone walls, ponds, wetlands, and an abundance of wildlife and we are thrilled it will never get developed and the public will get to enjoy nature untarnished, the way God intended it to be,” they wrote.

The conservation group has launched a fundraising effort to support the $500,000 purchase, plus additional funds to create a trust to support it. Massey’s nephews took a discount on the assessed value of the large tract because they support the group’s conservation mission, Mills said.

The land was last logged about a decade ago, Mills said.

The land, which was assembled by Massey over many years, is adjacent to other large tracts of conserved land held by the Vermont Land Trust. This will provide unbroken habitat for wildlife such as moose, bear, deer and small species such as beaver, according to Mills. There is one large pond, Lily Pond, on the northern border of the parcel, and there are numerous seasonal streams and vernal pools on the property. The Windmill Hill Pinnacle Association currently owns about 2,100 acres that stretch from the Westminster-Putney border and the Putney Mountain Association, north to Grafton, and follows the Windmill ridgeline, providing stunning views along a 26-mile hiking trail, particularly to the west. The group gets its name from The Pinnacle, which is the highest and most scenic peak (about 1,683 feet) in Westminster. The group pays property taxes on its land.

The group was founded 29 years ago as tribute to a young Westminster man, Jamie Lathrop, who loved the outdoors.

While the Massey land isn’t along the current trail system, Mills said long-term plans include turning old logging roads into trails for hiking and other recreation opportunities.

Mills said the non-profit organization was working with the Vermont Housing and Conservation Board and the Vermont Land Trust on the project.