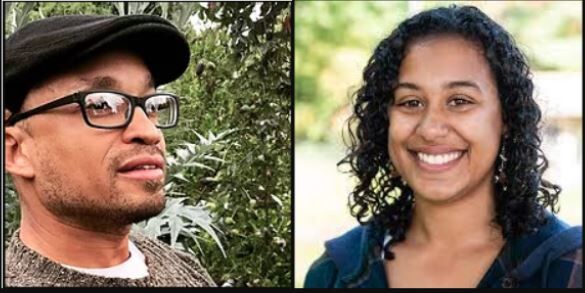 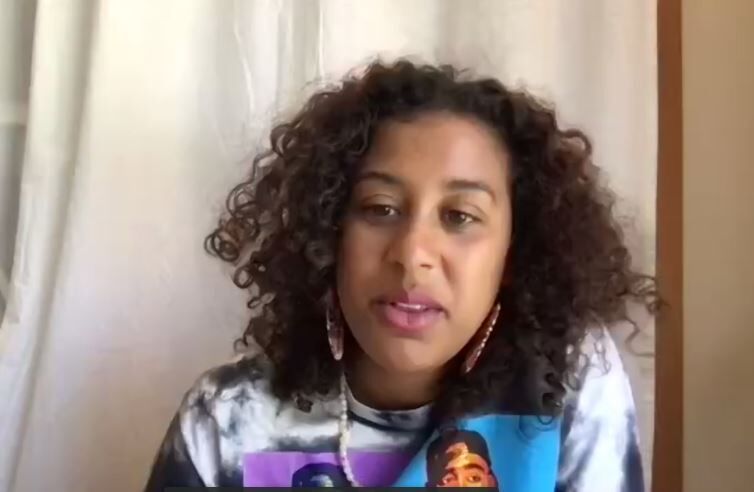 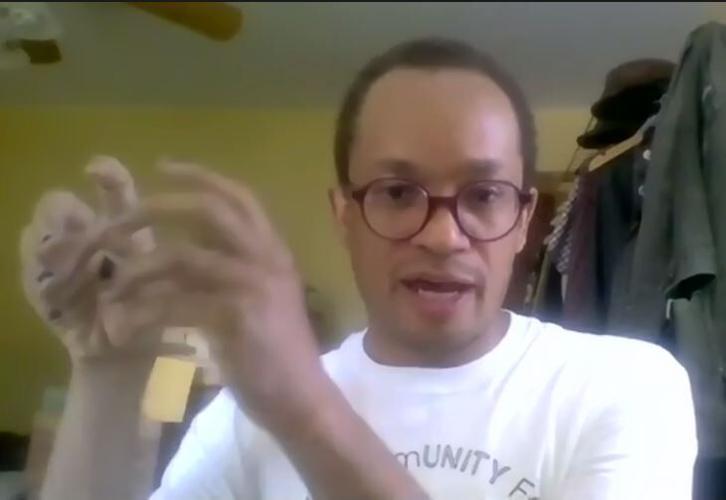 Editor’s Note: The second of two articles focusing on food and agriculture in Vermont.

BENNINGTON — Drawing on centuries of Black wisdom and hard-earned experience, two leaders of the SUSU CommUNITY Farm recently presented an online keynote on “creative strategies for food liberation in Vermont.”

“We draw from and we learn from the wisdom of our ancestors while also at the same time planting seeds for the future generations,” said Amber Arnold, co-steward and co-executive director. “That is the work that we center as we move on this journey to food liberation and land liberation in Vermont.”

The Bennington Local Food Summit was a day-long video conference held on May 15, held as part of Bennington College’s three-year grant from the Mellon Foundation to address food insecurity in Bennington County

The speakers took a critical approach to capitalism. “First, we’re going to talk a little bit about communal wealth building,” Arnold said. “We really can’t talk about food liberation or food security without talking about capitalism and being anti-capitalist.”

Capitalism creates the gap between the production of food and those who need to eat the food.

“Basically, that gap is capitalism, that gap is white supremacy and those systems of hierarchy and power are the gap, they shape that gap,” Jones said. “They shape who is growing the food, who owns the land and who will have the opportunity and access to eat that food and who will not.”

For example, before the British colonized India, the people were ruled by the Maharaja regimes, and they experienced a famine once every 100 years.

“And then the British came and once the British had colonized India, there was a famine every four years. And the difference is: white supremacy and capitalism, that’s the thing that changed,” Jones said. “The food that the Indian people were growing was not for their own subsistence but was for export to other markets, and that’s why they faced starvation in massive numbers every four years.

So, “we want to focus on solutions outside of this system because expecting this system to solve these problems is like wanting your refrigerator to bake your cake. It’s just not how it’s built. So we need a new system.”

Arnold noticed that in Brattleboro during the pandemic many programs emerged such as a free meals for kids throughout the summer. “But these programs were sourcing their food from big ag companies outside of Vermont,” she said. “Meanwhile we have so many Vermont farmers who were struggling to sell their food, they’re dumping out milk, they’re really struggling to survive.”

That made no sense to her. “Why are all of these children in the community getting free Hood milk and corn dogs and French toast sticks and like all this food product stuff that’s not even real food when we have access to so many local farmers?”

So we have to think outside of capitalism to recreate and reimagine these systems and structures to care for and nourish people instead of hoarding wealth, Arnold said.

“We have so much wisdom from the people who have come before us and specifically some of the work that we center is that of Black survival tactic programs that have been successfully healing and caring for their communities when the government has exiled them or deemed them disposable for hundreds of years,” Arnold said.

• For instance, the Black Panther Party had a free breakfast program, free grocery program, liberated schools, a detox center, a clothing program and political education. Jones cited a 2016 article from Vox saying that this work ultimately inspired amendments to the Child Nutrition Act of 1966 and served as the blueprint for establishing the federal School Breakfast Program in 1975.

• Horticulturist Booker T. Whatley introduced the idea of community supported agriculture in the 1960s as a way to support Black farmers.

• Failed by capitalism with the flight elsewhere of the auto industry and the resulting economic and social decay, the Detroit Black Community Food Security Network addressed the political and economic structures that distanced Black people from healthy food. The network “uses action through conversation with community, political education, converting vacant lots into community gardens that serve as intergenerational communal gathering spaces where people learn about healing eating, growing food and receive health services,” according to a slide in the presentation.

• The Freedom Farm Cooperative, founded by activist Fanny Lou Hamer, used pooled resources to support the community becoming self-sufficient; provided affordable, clean and safe housing; offered an entrepreneurial small business incubator and an agricultural cooperative to meet the nourishment needs of the people. It was “able to resist political, social and economic disenfranchisement and resist pressure to relocate to the North.”

“One of the ways that we’re building on this legacy is by offering programs for people in Vermont to thrive,” Arnold said.

Founded in early 2020 as the SUSU Healing Collective LLC, the SUSU commUNITY Farm pilot program has been located at the Retreat Farm in Brattleboro and is in the process of acquiring a farm of its own.

In its first year, the organization bought CSA shares from farms in the region for its Box of Resilience program and distributed them to BIPOC families in Windam County — “to step into that gap where the government and the capitalist system is failing,” Jones said.

“This year, we are continuing that program but we are trying to raise our own food, to put into those boxes and supplement that with donations or purchases from other farms, so we’re supporting the local food to table movement and system but also creating our own collective effort to grow these foods that are culturally relevant — so we’re not growing Twinkies,” Jones said. “We’re growing collards, we’re growing kale. We’re groiwng onions. We’re growing okra. And these foods that are culturally important, because food reminds you are where you’re from.”

The Box of Resilience program is “based on the premise that we believe that food is a birthright and not a commodity and that you shouldn’t have to work for and labor for something that you need to survive, something that the earth provides us abundantly and that the government and these other structures have kind of like hoarded and taken and made something that you have to give them your labor and exchange for these resources,” Arnold said.

A new program that will start “once we’re on land, and we’re currently raising money to purchase a farm, is called Storyteller Gardens, and these are cultural heritage gardens that are all grown to specific ancestral lineages and traditions based on the people who are part of our CSA program,” Arnold said, “so that they can reconnect with their ancestral growing lineages, political education stories and legacies, and then those foods will be put into these boxes so that the boxes truly reflect the people who are part of this program.”

The organization’s vision for Vermont agriculture consists of much more community participation in agriculture in common spaces — localized spaces for food and food culture. Just two of the suggestions are communal recreational hoop houses, where everyone in the community can grow food and relax in chairs and hammocks; and using empty buildings for town kitchens, town food processing centers and cafeterias.

“What we are doing and promoting is very grassroots and it’s about creating the kind of systems that we actually need because those systems don’t exist,” Jones said.

Arnold spoke of a three-part process basically representing a new form of community decision-making. First is commonsense practice: “This is an organizing strategy that centers community well-being and wellness for the benefit of all instead of capitalism and wealth hoarding for a few.” Second is “prefigurative politics.” “This is the construction of alternative political systems based on awareness that the oppressed have been excluded from the political process, developing free spaces to engage without fear of repression to share ideas, grievances, move towards freedom and liberation.”

Third, is economic autonomy, which “creates alternative systems of resource exchange within the community that benefits all members in response to status quo economic participation,” she said.

This all is easier said than done. “Living in Brattleboro, dealing with the select boards in this state that is so white,” Arnold said, “I’ve experienced these people often having limited scope of understanding of communal liberation and freedom and all these things. So they are very ill-equipped to actually be the leaders in creating this change.”

Mark Rondeau is the Banner’s Night Editor. He can be reached at mrondeau@benningtonbanner.com