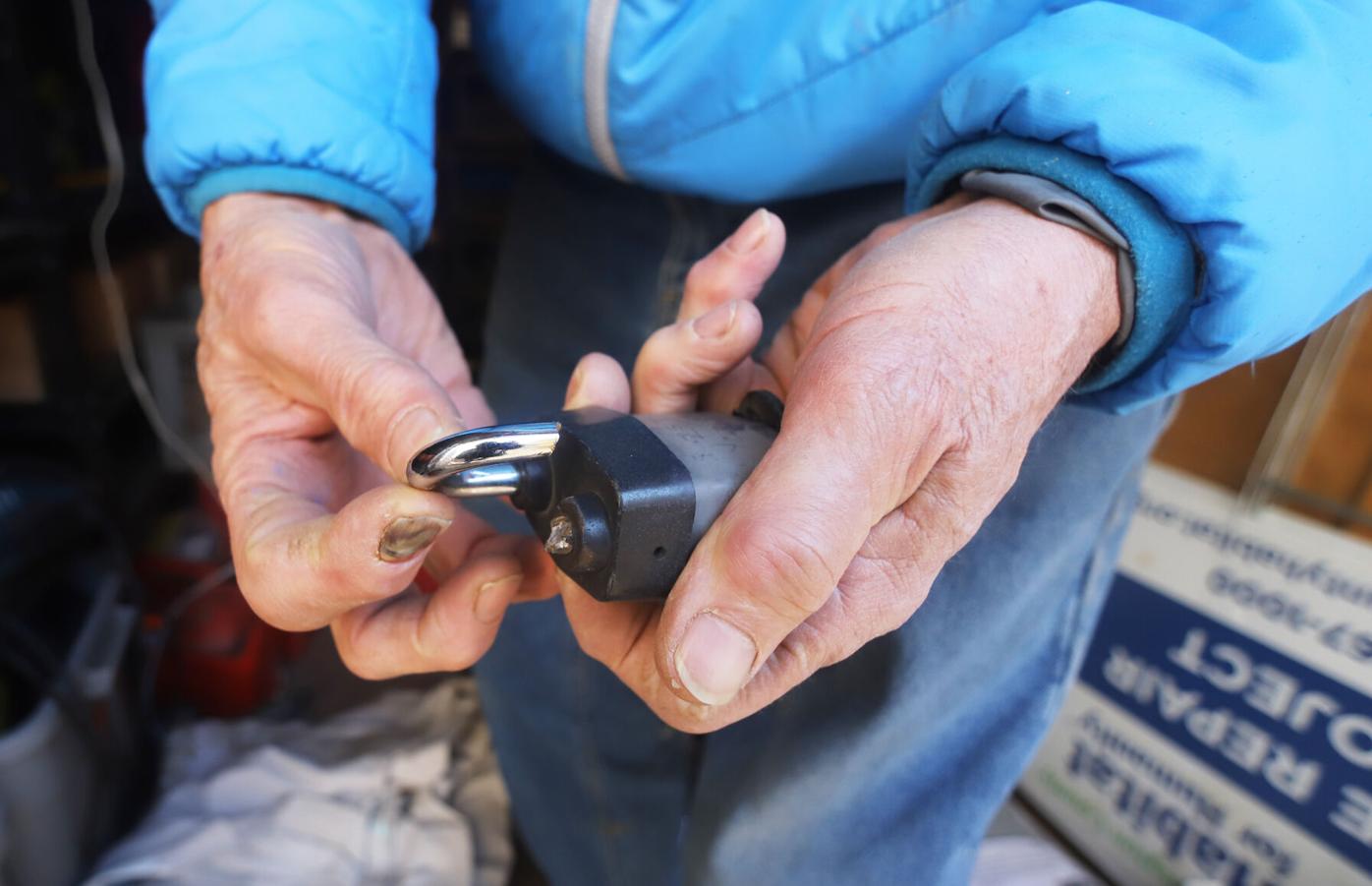 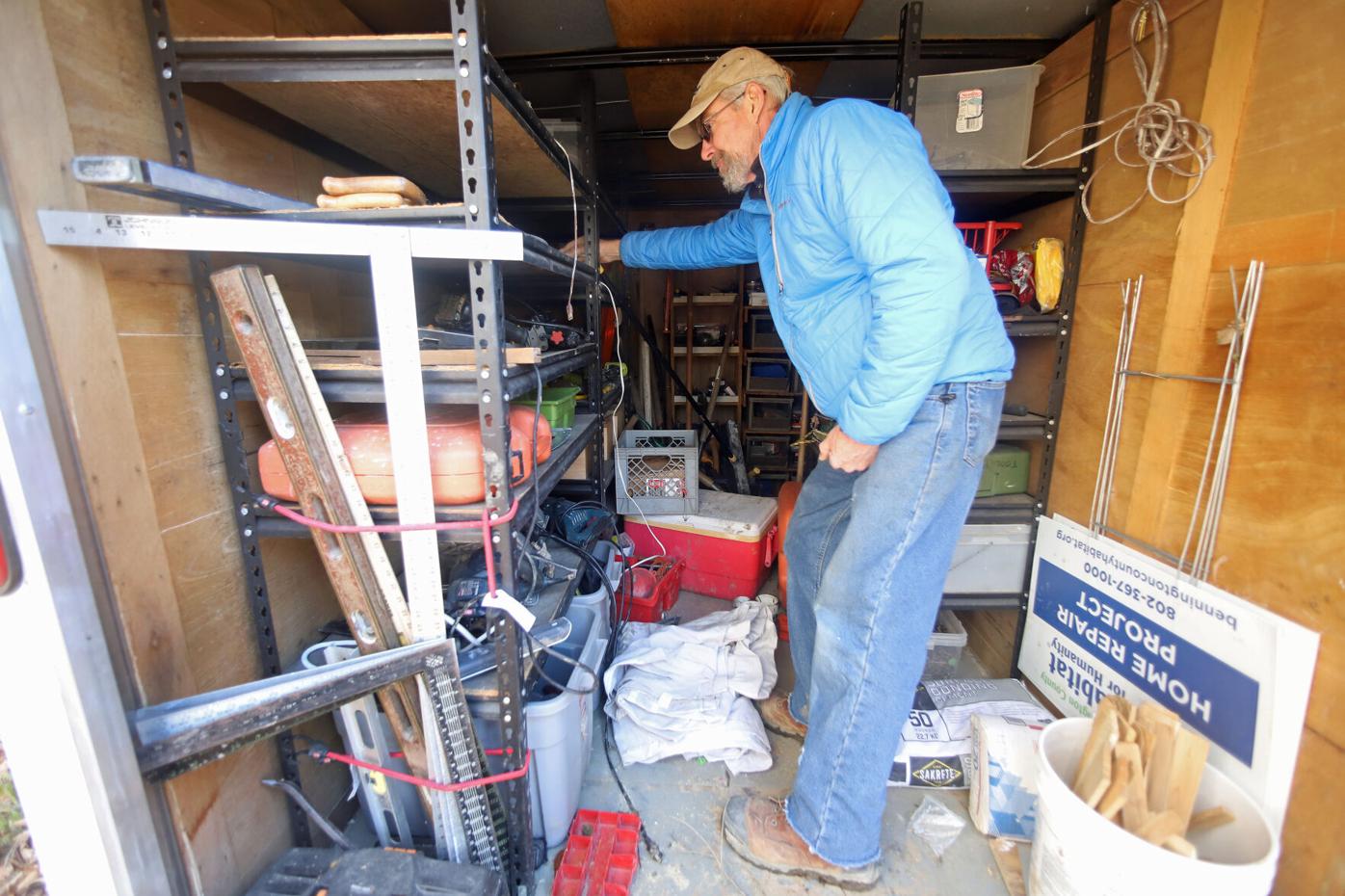 POWNAL — Thieves broke into a Habitat for Humanity storage trailer at a Pownal homesite earlier this month, stealing several power tools and maybe a little innocence, as well.

“Nothing like this has ever happened before, at least nothing this major. This is our 32nd house in Bennington County, the 2nd one in Pownal,” says Curt Merrow, board member and chairman of the construction committee for the Bennington Area Habitat for Humanity. “We’ve had things like tarps disappear over the years, maybe some small amount of construction materials, but no one has ever broken a lock to one of our trailers. It’s disheartening. This is going to be a home for a needy family.”

Merrow is a 38-year veteran of construction in the Bennington County area.

“I retired for exactly a month and then put my toolbelt back on to come here,” he says. “I’ve been with Habitat for going on eight years now.”

After a week without any activity on the half-acre homesite, Merrow was the first one at the site that morning of Nov. 18. He discovered two trailer doors ajar and unlatched on the small construction trailer housing the organization’s tools. One lock was later found broken on the ground next to the trailer.

“That was a bolt cutter, he says, holding up the broken lock. Fortunately, they didn’t wipe us out, but it looks like they knew what they wanted, what would be most valuable. They left many other tools, but they took the best ones.”

Missing was a 12-inch DeWalt sliding miter chop saw with a stand, a 10-inch Bosch Table saw mounted on a stand, and one rigid circular saw. Marrow reported the theft to the Bennington County Sheriff’s Office that same morning.

Merrow told the Banner that Habitat purchases all of its tools.

“Each tool had our initials stenciled onto them. The Sheriff’s Office has been in touch with the local pawn shops, and I dropped by the used tool places in Bennington, but nothing has come in so far. I also posted on Bennington Blotter for people to keep an eye out. Everyone knows what to look for,” he said.

The home is going to eventually be a one-story, four-bed, two-bath house for a local single mother with four children, currently living with her parents in a small trailer. The half-acre homesite was donated to Habitat by The Nature Conservancy after the preservation organization took over a large swath of ground next to the building lot to preserve it from further development.

“That part back there will be forever wild,” Merrow says. “There’s trails back there and a lot of nature for those kids.”

New Habitat homeowners do not receive a free home. Typically, the new homeowner receives a low-interest mortgage, usually less than 3 percent, on the home. Much of the actual labor is donated by volunteers throughout Bennington County and beyond, people willing to give their time and expertise so that someone in need can have a home.

Many of the materials used are gifts-in-kind from local building supply companies or at a deeply discounted price. That makes it reasonable for a family who might not have the money to purchase and pay for a home on the open market.

“Fortunately, this isn’t going to delay this family getting in this house. We were at the point of pouring the foundation, so construction using those tools, we weren’t ready for that part yet. It would have been different in another week or so. Most of our core builders come with their own tools anyway, so we are confident there will be no delays here.”

More good news is that a couple of people have already reached out wanting to donate and replace the tools. “They’ve already contacted us,” he says.

When Merrow is asked if he’s afraid of this happening again, someone copying this sort of theft, Merrow replies, “There’s always that chance. We’ve purchased better locks, and we will probably put up a motion light and maybe even a game camera just to be extra safe.”

What would Merrow say to someone like this, who would take from people just trying to help the community? Merrow takes a long pause.

“For the record, it’s too bad you had to steal from a volunteer organization that is building homes for residents in Pownal.”

And his feelings personally? Another long pause, then, a Cheshire-cat smile comes across his rugged face.

“Not gonna go there on record,” he says as he walks away.