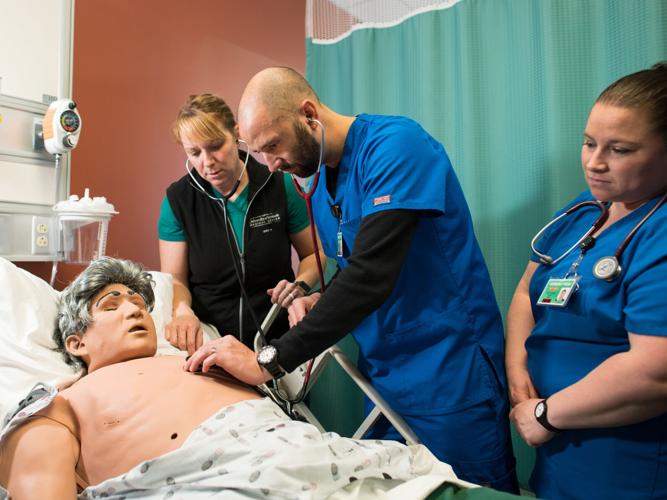 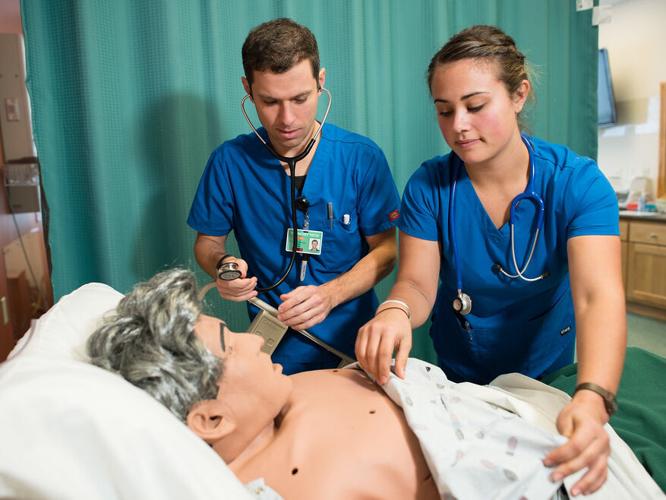 BENNINGTON — Tuition rates will remain frozen at the Vermont State College System’s four colleges for a second consecutive academic year under a $184.3 million budget approved by its board of trustees on Thursday.

It will also allow for the system’s nursing programs to consolidate in Bennington — the four-year bachelors in nursing offered by Castleton University, and a two-year associates program through Vermont Tech.

The spending plan, boosted by increased funding from state government, will keep tuition level at Community College of Vermont’s locations in Bennington and Brattleboro, as well as at Castleton University, Northern Vermont University and Vermont Tech. It also continues funding for the Bennington-based nursing programs administered by Castleton and Vermont Tech.

“Holding tuition level for the second year in a row has a direct impact on our students’ bottom line, especially during this time of rising costs due to inflation and ongoing economic turmoil,” Chancellor Sophie Zdatny said in an announcement. “It is essential that our commitment to affordability be reflected in our actions and our words, and I am pleased that our budget supports our students in this important way.”

In addition to a tuition freeze, the fiscal 2023 VSCS budget will allow Vermont Tech and Castleton to consolidate their Bennington-based nursing education classrooms at 105 Union St., in advance of Castleton, Vermont Tech and Northern Vermont University being merged into a single accredited institution, Vermont State University, as of July 1, 2023. (CCV will remain a separate entity.)

Lisa Fox, the associate dean of Vermont Tech’s nursing program, said the move is a positive for both programs, which will be integrated starting next fall.

“I’m really excited about this,” Fox said. “It brings a lot of opportunities to our faculty and students and staff to learn from each other.”

“We have a registered nurse to bachelors of science in nursing program online but it would allow our students to work together in simulations and in the lab to learn from one another” Fox said. “So it’s very exciting.”

Fox said demand for the program, in Bennington and statewide, remains high, in part due to the tuition reimbursement incentives offered through the state’s “critical occupations” grant program.

“Our incoming class is bigger,” Fox said. “From this past year getting critical occupations grants our numbers increased quite a bit. Overall we probably saw a 10-to-15 percent increase, which is huge for us.

“Next year we will have added seats across the state in several areas,” she added. “And enrollment for the Bennington area is definitely up coming into fall as well.”

Fox said Southwestern Vermont Medical Center and Rutland Regional Medical Center have been great partners, not only in offering post-graduation job placement but assisting with curriculum and instruction.

That assistance included “keeping us in the hospitals doing hands-on learning during COVID and helping with clinical instructors as we need them,” Fox said. “They give our students jobs afterwards — so we can’t say enough about how wonderful they are.”

For SVMC, collaboration with the nursing programs has helped maintain staffing levels, as well as continue the success of its nationally recognized nursing program.

The funding for the state college system comes from the general fund, as well as a $143.7 million capital bill and an $84.5 million workforce development bill incorporating federal COVID relief funds. Those dollars, in addition to a $10 million increase in annual funding and a $14.9 million one-time appropriation to address the system’s structural budget deficit, brings the state share of the system’s operating budget to 25 percent.

Before COVID, the state share of the operating budget was 17 percent, leading to higher tuition and fees to cover the difference – and threats that campuses would have to close when enrollment plunged during the pandemic.

“This funding to assist both our students and employees is remarkable and we anticipate many will benefit from these scholarships and grants,” Katherine Lavasseur, the state college system’s director of external and governmental affairs, said Friday.