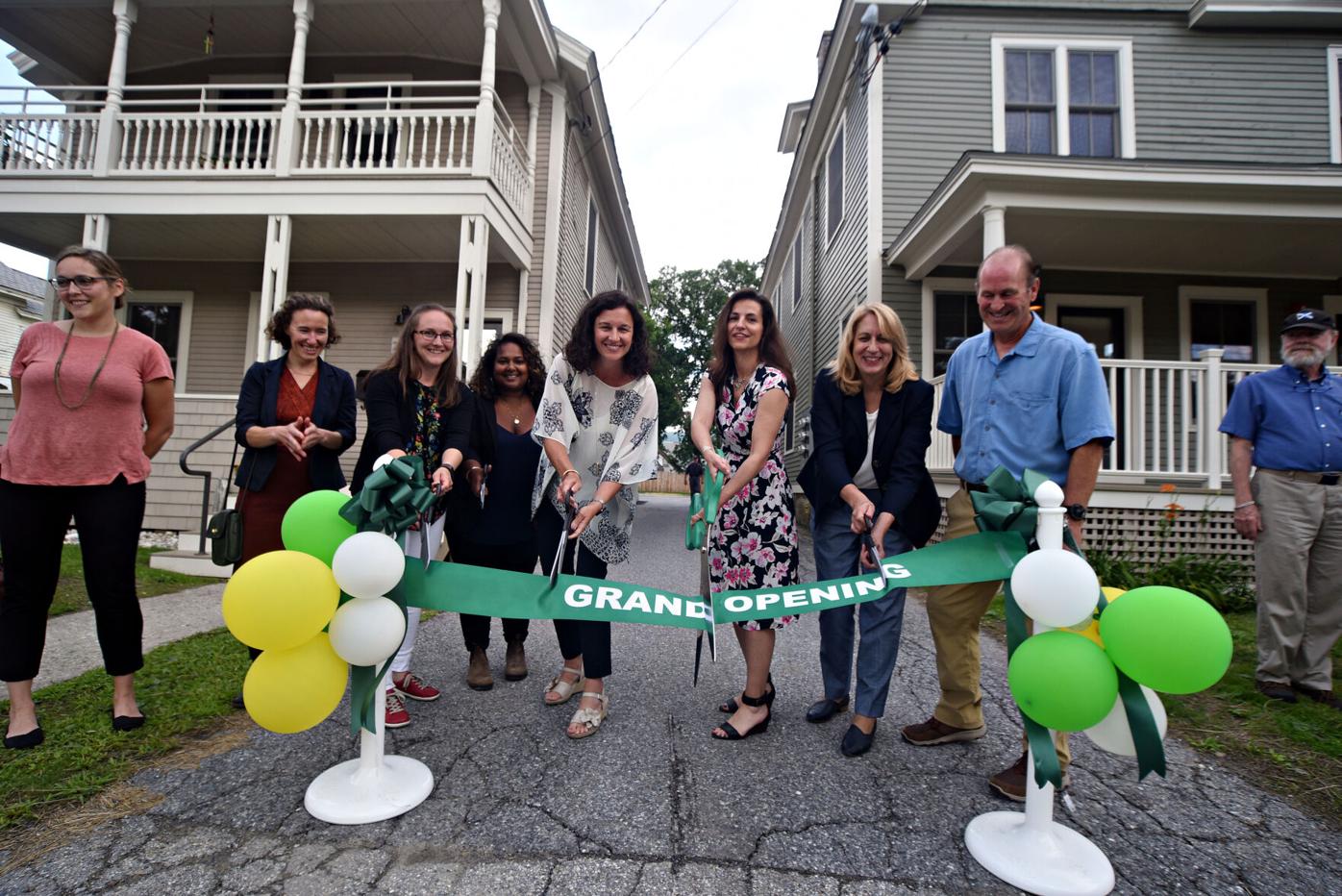 A ribbon-cutting ceremony is held for the Woodland Station Apartments on Depot Street in Bennington. 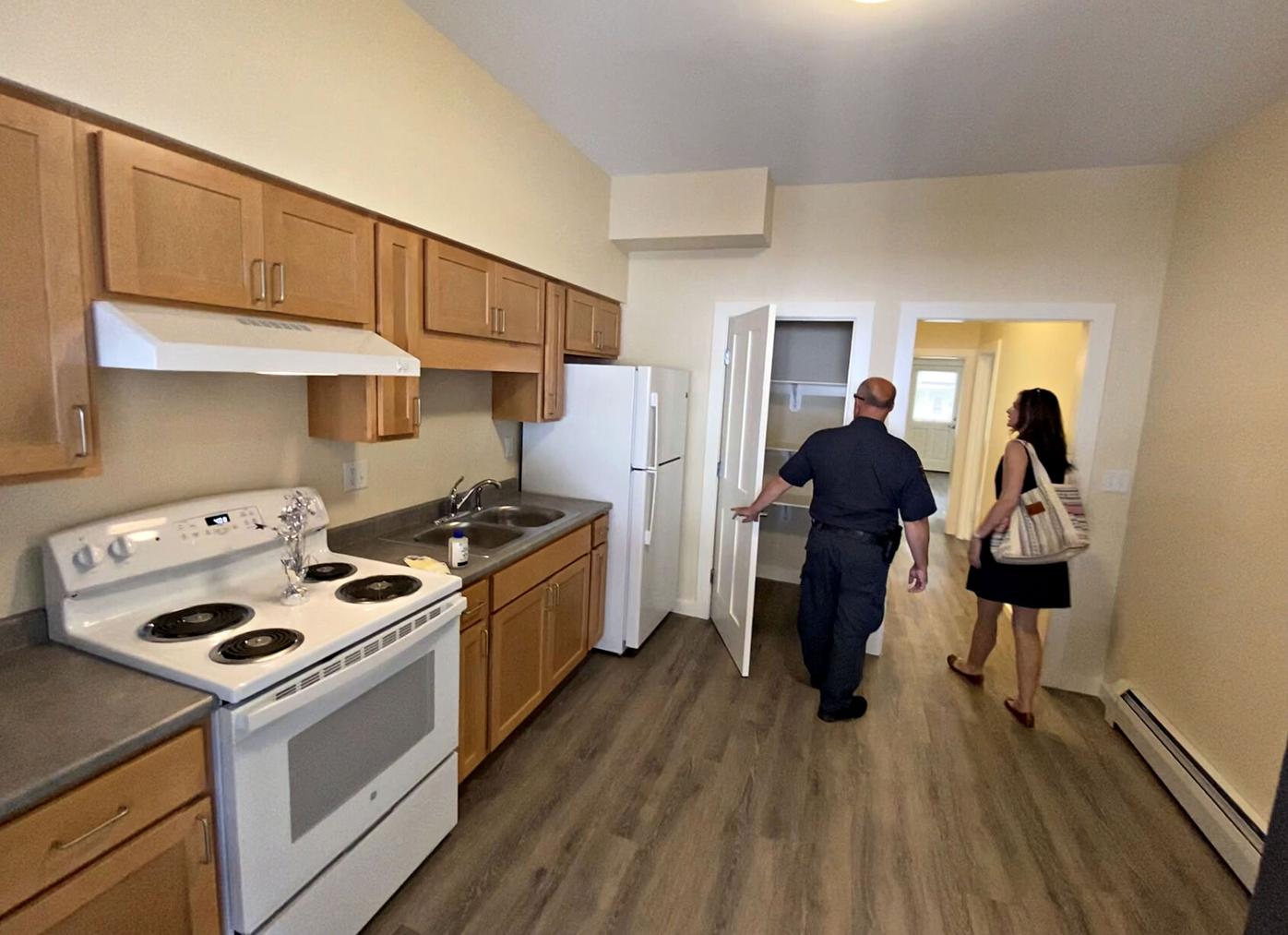 People tour one of the brand new apartments at the Woodland Station buildings on Depot Street in Bennington. 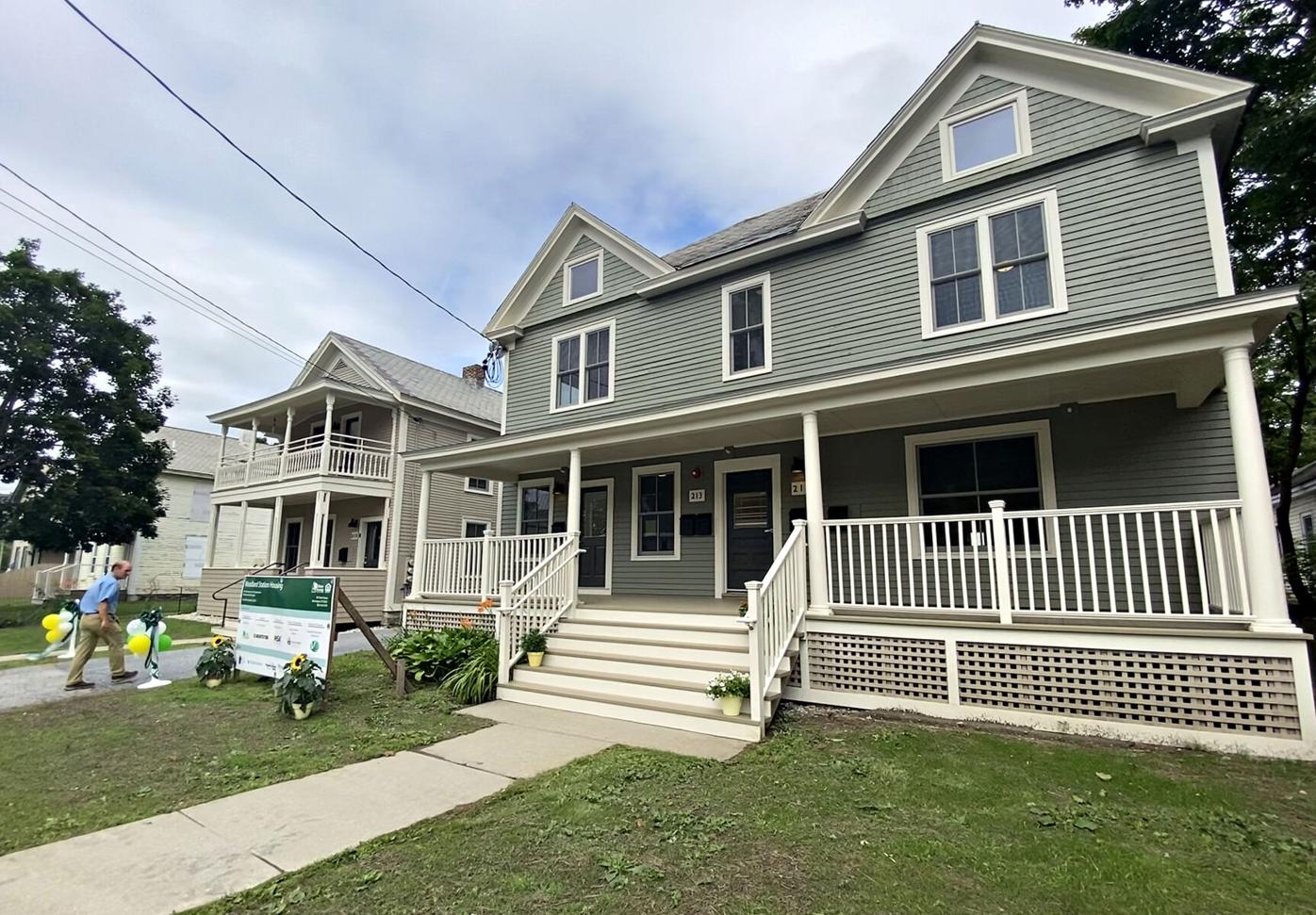 BENNINGTON — Shires Housing, along with community and state leaders, celebrated the completion of a 10-month rehab project consisting of six buildings across Bennington and Manchester on Tuesday.

The “Woodland Station” development includes the combined rehabilitation of two existing projects within the Shires Housing portfolio: a four-building, 20-unit development located on Torrey Knoll off of Richville Road in Manchester, and seven units in two buildings located at 211-213 and 215 Depot St. in Bennington.

“We’re incredibly proud of the work that’s been done here,” said Shires’ Executive Director Stephanie Lane, in a prepared statement. "This is an investment not only in quality, affordable housing but also in downtown revitalization, workforce development, and the local economy at a time when it’s so needed.”

The $6.3 million project was funded with a combination of grants and loans through People’s United Bank, FHLBank Boston, Vermont Housing Finance Agency, and the Vermont Housing & Conservation Board. Energy incentives were made possible through Efficiency Vermont and 3EThermal.

According to Lane, most residents who were temporarily relocated during construction have returned to their newly-rehabbed apartments, and her organization is already getting positive feedback about the renovations.

“We’ve had residents and community members alike reaching out to thank us for making their homes more comfortable, for supporting local jobs, and for improving their community. It’s great, it’s why we do this,” she said.

Those interested in learning more about housing opportunities in the Woodland Station apartments should contact Shires Housing at 802-442-8139 or visit www.shireshousing.org.